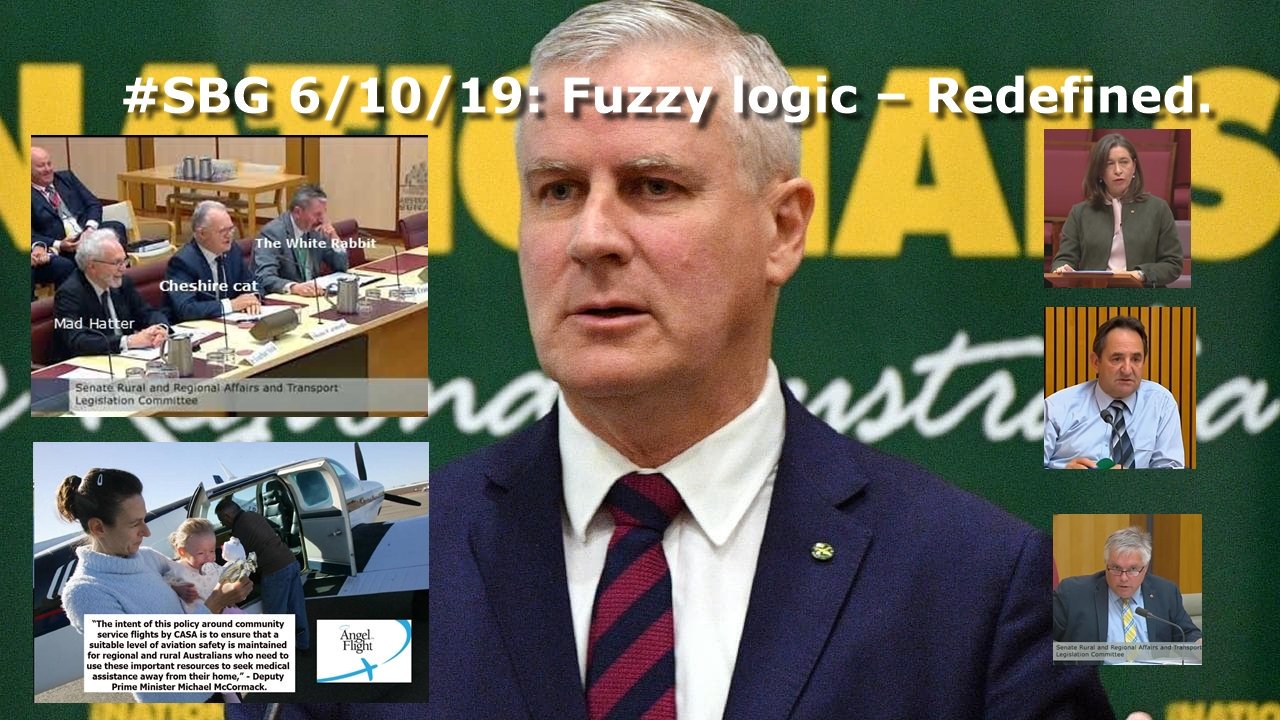 “Fuzzy logic is an approach to computing based on “degrees of truth” rather than the usual “true or false” (1 or 0) Boolean logic on which the modern computer is based.”.

“Fuzzy logic seems closer to the way our brains work. We aggregate data and form a number of partial truths which we aggregate further into higher truths which in turn, when certain thresholds are exceeded, cause certain further results such as motor reaction.”

The ‘motor reaction’ I have to this particular line of ‘Fuzzy logic’; pedalled by Johnathan (where’s me marble’s) Aleck, is a strange mixture of reflex vomiting and a primal urge to hit something – hard and often. Rather than doing that, being a renaissance man at heart, I thought it best to try and disassemble the bull-pooh with common or garden sense. Here’s the offending quote:-

Aleck – ‘”..Our objective here is not to specifically address what caused those two accidents; it’s to address what kinds of things can cause incidents and accidents of this kind. We’re being prospective. If we were to wait for sufficiently robust data to support an evidence based decision for every individual decision we took in this space, we would have to wait for a dozen or more accidents to occur…”

Objection M’Lud; why, in the seven Hell’s would the radical not be examined – in detail.

(i) What caused an accident is central to any investigation. There are records, world wide tabulated data, of similar events where an aircraft has ‘crashed’- basically out of control into the planet, going back a long time. The events all well documented – but, oddly,  not the cure.

(ii) It is a denial of a ‘duty of care’ and of the very essence of any regulator’s role to specifically ‘not’ address what caused the accident and to develop ‘way’s and means’ of preventing a reoccurrence. Let us be very clear here; visual flight qualified pilots operating into and persisting into instrument flight conditions is illegal, dangerous and often fatal. If the rules don’t prevent this from being a consistent statistic; then the rules are clearly not working. Why not is the next logical question.

(iii) Safety (whatever that may be) is the stated, traded on and paid for raison d’être for the very existence of a ‘safety first’ regulatory system.

Aleck – “it’s to address what kinds of things can cause incidents and accidents of this kind. (Huh?+ WTD???) Read that again –

Bollocks! – pure, plain, simple, unadulterated balderdash. The ‘things’ which have caused multiple, recurring deaths are (a) bad weather; (b) low cloud and rain; © bad weather, low cloud, bad planning and Oh! Bad weather and rising terrain. Did I mention flight continued into unsuitable weather condition? Now not even a demi god of convoluted Bollocks can control that phenomenon. There was a King, name of Canute from memory, who tried to turn back the tide. He had about as much luck with that as Aleck has controlling the weather; despite his ‘god complex’.

Ah; Prospecting – I can just see old Aleck, his mule carrying his gold pan and marbles, going a’ prospecting. Grubbing around in the dirt trying to find a gold nugget big enough to fill a mouse’s ear – or a ministerial posterior orifice. Aye; “here’s a likely spot”. Dust, dirt and rubbish are dug out of the ever enlarging hole, flung about in a great show of industry – until it becomes painfully and clearly apparent, to blind Freddy, ‘tis but a ‘prospector’s wet dream, based on legend and myth.

Aleck – “If we were to wait for sufficiently robust data to support an evidence based decision for every individual decision we took in this space, we would have to wait for a dozen or more accidents to occur…”

Breath taking Bollocks. Stunning clarity and unbelievable nerve. The sheer audacity, based on years and years of baffling politicians with pony-pooh is, were it not absolutely true, be unbelievable. Once again; just for clarity M’lud; since the Wright Brothers kicked off the air transport brouhaha; pilots and passengers have been getting killed through ‘weather’ related collision of aircraft and terrain. IT AIN’T a ‘new’ trend. In fact it is a trend as old as aviation itself. Killed hundreds. And will kill again; unless we stop dancing about the Daisy’s. The fatal incident count can, (I do stress can) be reduced. 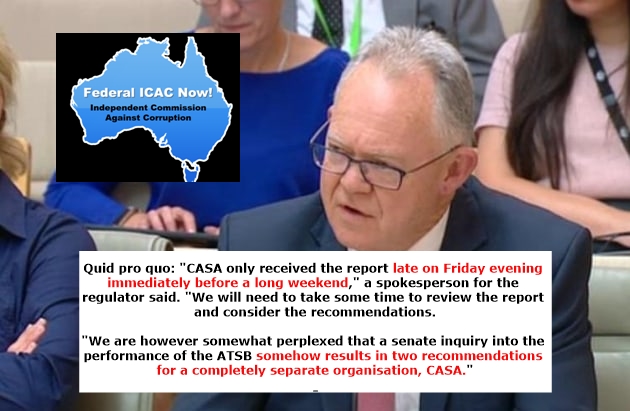 These events cannot possibly be even rationally addressed through increasingly punitive legislation; it cannot be addressed through draconian, tick-a-box training; and, more importantly – it will never, not ever, be addressed through the fuzzy, fatuous load of Bollocks, the likes of Aleck trots out when he is called in to justify the actions of an incompetent, flawed regulator.

FAA -“When deviations from regulatory standards occur, the FAA’s goal is to use the most effective means to return an individual or entity that holds an FAA certificate to full compliance and prevent recurrence.”

This time: – I’m cranky. When two – government ‘safety’ agencies conspire to cover their own gross inadequacies using a simple thing like Angel Flight as a Scape goat; it’s time to ring the changes. Australian Aviation is going to Hell in a hand cart; pushed along the road to perdition by the likes of Aleck – in vainglorious pursuit of his missing marble (or: at least the ones he thinks are ‘missing’). Wouldn’t be the minister for a pension; not while this crew is ‘running’ the asylum. No sir, I would not. So, I’ll see your Cromaty and raise you a logical argument – Plonker.

Aye well; that’s that done; and, I’m under the pump. DT brought a coffee to the stable and mildly ‘suggested’ that a new blanket box would be a very desirable thing to have, and how it would be of great assistance to matters domestic. I may even have wriggled off that hook, had ‘she’ not cast a long, pointed look at some 100 y.o. Baltic Pine boards I’d been saving for a rainy day. Alas….Almost an inch thick, 14 inches wide, average 6 foot 4 inches long (we work in old money) – in short, perfect to her plan. I look at the dogs; they look at the timber. I ask you honestly– how do they know that we are looking down the barrel of at least a dozen ‘dovetail’ joints per panel; which is 12 ‘tails’ and 12 pins per panel; that’s 24 whole joints per end x by four ends = 96 separate items to be measured, sawn, chiselled out and fitted together; a lid to be made and a bottom fitted; that before the finishing is done and hinges installed. Salvation is at hand, my loyal friends demand ‘walk first’ – these are the rules, set in stone.  So when you emerge tomorrow morning; I’ll be ‘away’ with the dogs on a long, long walk.

I may even give TOM a call; hint there’s a new keg of Ale in need of ‘assistance’.

Those pictured are ‘lapped dovetails’ (in American Oak) – tricky’ and deuced difficult to ‘arrange’ without blemish. We shall try:-