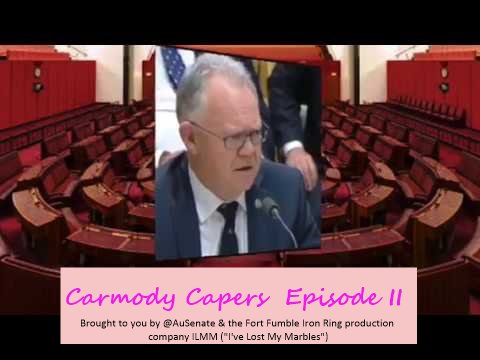 “Or, rather, let us be more simple and less vain.” ― Rousseau Jean-Jacques (AP Forum version)

St. Carmody – “I would make the point, however, that as a director of aviation safety my responsibility is to keep Australians safe. They’re the decisions I make, which the government has empowered me to do and wants me to do, based on the evidence that I have.”

Whoever said “Stupidity combined with arrogance and a huge ego will get you a long way.” Had the right of it. I could, at a pinch, tolerate the overweening arrogance if, (big IF) the results were on the board, clear and unequivocal. But they ain’t, are they. One of the lines above rocks me.

“[They’re the decisions I make, which the government has empowered me to do and wants me to do]”

Seriously? Did you ever read such an incredible pile of pony-pooh. Take ten seconds and nut it out – I’ll give you a clue or two – to help speed the process.

How many Federal ‘members’ have the first blind clue about ‘matters aeronautical’? They believe they are ‘safe’ when they travel – that is about the sum total of knowledge.

How many Federal ‘members’ have the first blind clue about the law supporting their alleged safety related to ‘matters aeronautical’?

How many Federal ‘members’ give more than thirty seconds thought to ‘aviation’ as an industry in a sitting term?

“The government is merely a servant―merely a temporary servant; it cannot be its prerogative to determine what is right and what is wrong, and decide who is a patriot and who isn’t. Its function is to obey orders, not originate them.”― Mark Twain

In short ‘the government’ has no ducking idea and could care less; which leaves only the incumbent minister to ‘empower’ St. Carmody to do pretty much what ever he cares to do, unabated, unchecked and uncontrolled. The current minister has an ‘aviation advisor’. The same ‘advisor’ dear old Darren 6D’s had while he had the job. Darren 6D fired that advisor, who immediately returned to his ‘gig’ working for St. Carmody until the current mutt stepped in to fill the portfolio. Do you reckon the current minister bloke has even the smallest inkling of what St, Carmody is up to? The Carmody sentence on the Hansard record is quite possibly one of the most breath-taking faery stories ever told, under oath to a Senate committee. Legally – totally correct – but in reality? Seriously – it’s a very long bow to be drawing.

No matter – it is what it is and if the Senators swallow the bait – then the hook is set and we cannot help them. Or, can we? St. Carmody is very, very vulnerable on brass tacks operational ‘Safety’ – believe it or not. His version of ‘safety’ is one of safety against litigation – rather than one of improved operational ‘safety’. This approach begs several interesting questions in relation to his empowered ‘safety’ actions and remedies which are far more important than the Angel Flight bun-fight. Compare the AF outcome against the following. 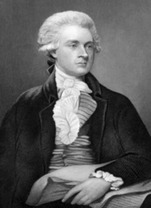 Fatalities of aircrew during check and training exercises; the Braz in the NT and the Conquest in SA for example – all had ‘CASA’ safety involvement; five dead right there. No big rule changes or questions about the  ‘how come’ or ‘why-for’/. CASA have made it all legally rock solid and governmentaly safe. that’s why not.

Aircraft flying with major structural defects. Despite the massive, prescriptive, pervasive, purblind ‘maintenance’ rules the damaged aircraft managed many sectors – in real danger of structural failure and yet – no rule change or even a question as to how this occurred (given the pre flight inspection rules) nor, how to prevent a second event from CASA. Amazing – CASA have made it all legally rock solid and governmentaly safe. that’s why.

Couple of heavy jets landing in fog on the smell of the fumes in the tanks – big changes to ‘despatch’ or flight following? No. Well what about the rules for ‘systems’ ATC and the BoM for example. No worries. CASA made it all legally rock solid and governmentaly safe. that’s why.

Then we must acknowledge the latest ‘biggy’ that of great interest to USA lawyers. A ducking great big building impinging on a mandated along side runway safe area one way; and, no over run or clearly defined stop zone on another, leading an aircraft in trouble right into a densely populated area. WTD – No action – well, CASA did make it all ‘safe’ and legally rock solid for the government’s and the investor’s  sake. Disgraceful? Negligent? Corrupt? Nah; all good and no rules need the same ‘thoughtful’ caring treatment AF are getting. Remarkable………….. 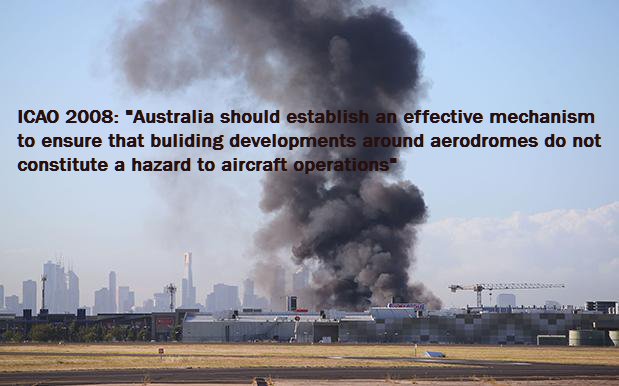 Do you notice the great CASA effort, with St. Carmody leading the charge toward ‘safety in those cases’? No Sir, you do not.  Seems he’s not too bad at bear leading a minister or beating up an inoffensive outfit like Angel Flight – based on a hysterical ATSB ‘specialist’ report and the words of Little Wings’; and, by doing so has made a monumental step forward in the safety of the traveling public. BOLLOCKS –

“I’ve made those decisions and it’s up to the parliament. If the parliament wishes to disallow, I understand that process completely.”

Yes; indeed, those decisions have been made by St. Carmody. Stellar – glad to see he has the game by the throat; and, earning his outrageous part time salary, taking good care of ‘aviation safety’ – CASA style.

There is a notion floating about the place that perhaps ‘we’ as in the industry should begin to draft up the questions the bumbling, stumbling Senators ask. Maybe provide responses to the boiler plate answers CASA keep confounding them with. It is pitiful to watch the Estimates committee being humiliated at every outing. The ‘legal heavies’ know better than to ask a question to which they have no answer; the art form is to…… – well never mind that for now.

This pantomime has to stop; we had the Pel-Air inquiry and Senate recommendations; then we had the ASRR and the Forsyth recommendations; many, many Estimates sessions and what has changed? Those expensive recommendations were use as dunny paper by CASA.   It is a bloody merry-go-round. For solid common sense, good legal advice and a reasoned explanation of the serious problems – both in legal and operational ‘safety’ I recommend you read the Alliance Airlines discourse aided and abetted by Ben Martin – HERE. Then ask yourself just one question. Will St. Carmody and Jonathon (where’s my marbles) Aleck try to adopt their suggestions; or, be looking for ways to weasel out. Short odds in my book, very short indeed. Those odds would change if someone with half a brain appointed David Fawcett as junior minister – get my vote and most of the thousands who depend on aviation to put bread on the family table.

Phew! Better out than in – they say. P7 is away from home – just when I need him – blasted Cypress pine – talk about one step forward and two back – the stuff seems to have a fiendish will of it’s own, seems you get one shot at ‘perfection’ and that’s it – corrections turn into nightmare (I exaggerate a little) but it’s a head scratcher. The dogs are hilarious; I was obliged to trim off some Tenon’s I’d made (my fault) disgusted I flung the last one away out the door with curses following it. About a minute later, a paw patted my thigh – there’s female of the species, the offending tenon gently held between powerful jaws (not a mark on it) and a look of absolute hilarity, and an appeal in the laughing amber eyes. I took it carefully and expressed my gratitude; then had a closer look. It was, can you believe it, the one (out of six) which I had marked out incorrectly and used as a template. Say what you like – dogs are the very best folk on this planet; even if they do look smug and giggle.

Selah – and the Gods speed the Texas trio.

P2 – In the previous episode of Carmody Capers –