The Aircraft Owners and Pilots Association of Australia will attend a meeting in Canberra on Wednesday 4th December 2019 with Queensland Senator Susan McDonald to discuss general aviation industry concerns.  Attending the meeting will be;

You could start by asking why the good Senator was MIA yesterday?

And my desciption with Thorny and the “K” posts tagged:

Quote:Yesterday without even a whimper the Australian Senate delivered yet another telling blow to an ailing General aviation industry by conceding to the pointless  and expensive bureaucratic (CASA/ATSB) inflicted embuggerance of Angel Flight.

Via the RRAT Committee webpages:

Under Standing Order 25 (2) (a), the Senate Rural and Regional Affairs and Transport Legislation Committee will inquire into and report on the current state of Australia’s general aviation industry, with particular reference to aviation in rural, regional and remote Australia.

The committee will consider the operation and effectiveness of the Civil Aviation Safety Authority (CASA) and other relevant aviation agencies, with particular reference to:

a) the legislative and regulatory framework underpinning CASA’s aviation safety management functions, including:
(i) the application of the Civil Aviation Act 1988 and the Civil Aviation Safety Regulations 1998 to Australia’s     aviation sector, and whether the legislation is fit for purpose;
(ii) the safety and economic impacts, and relative risks, of CASA’s aviation safety frameworks; and
the engagement of CASA with other relevant Australian Government agencies;
(iii) the immediate and long-term social and economic impacts of CASA decisions on small businesses,   agricultural operations and individuals across regional, rural and remote Australia;

(b) CASA’s processes and functions, including:
(i) its maintenance of an efficient and sustainable Australian aviation industry, including viable general aviation   and training sectors;
(ii) the efficacy of its engagement with the aviation sector, including via public consultation; and
(iii) its ability to broaden accessibility to regional aviation across Australia, considering the associated benefits   of an expanded aviation sector; and
(iv) any related matters.

And via Oz Flying: 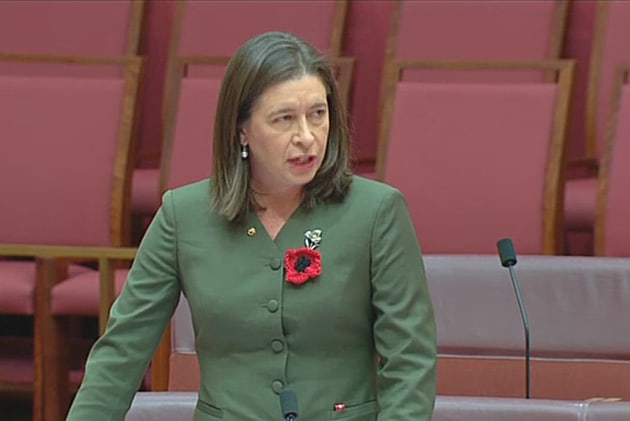 The Senate Rural and Regional Affairs and Transport Legislation Committee (RRAT) will conduct a two-year inquiry into the Civil Aviation Safety Authority (CASA) to gauge the effectiveness of regulation it has applied to general aviation in the past 10 years.
RRAT Chair, Nationals Senator Susan McDonald from Queensland, is believed to be set to make a formal announcement in the next day or so.
Senator McDonald said the aim of the inquiry is to establish how regulation imposed on GA had achieved CASA’s stated aim of balancing safety, relative risk, and economic costs.
“[the inquiry] will look at the social and economic impacts of CASA decisions on charter businesses, helicopter mustering, agricultural operations and maintenance operators across regional, rural and remote Australia,” she said.
“We want to examine the relevance of the Civil Aviation Act in relation to maintaining the highest safety standards while encouraging general aviation and training.
“I have spoken with participants in the general aviation industry who feel the past 10 years of rulemaking by CASA has not achieved the stated aim of balance.
“This inquiry will look at people’s concerns with CASA and deliver interim findings in December 2020, followed by a final report in November 2021.”
Senator McDonald has established herself as a champion of aviation in Australia, most famously crossing the floor to vote with independent senators on the Community Service Flight legislation disallowance motion in October. McDonald was the only coalition member to do so. She was elected to the Senate for QLD in the 2019 Federal Election and made RRAT Chair in July.
At the time of writing, the inquiry had not been listed on the RRAT website, so information on public hearings and submission is not yet available.

Addendum: To kick the submissions off… 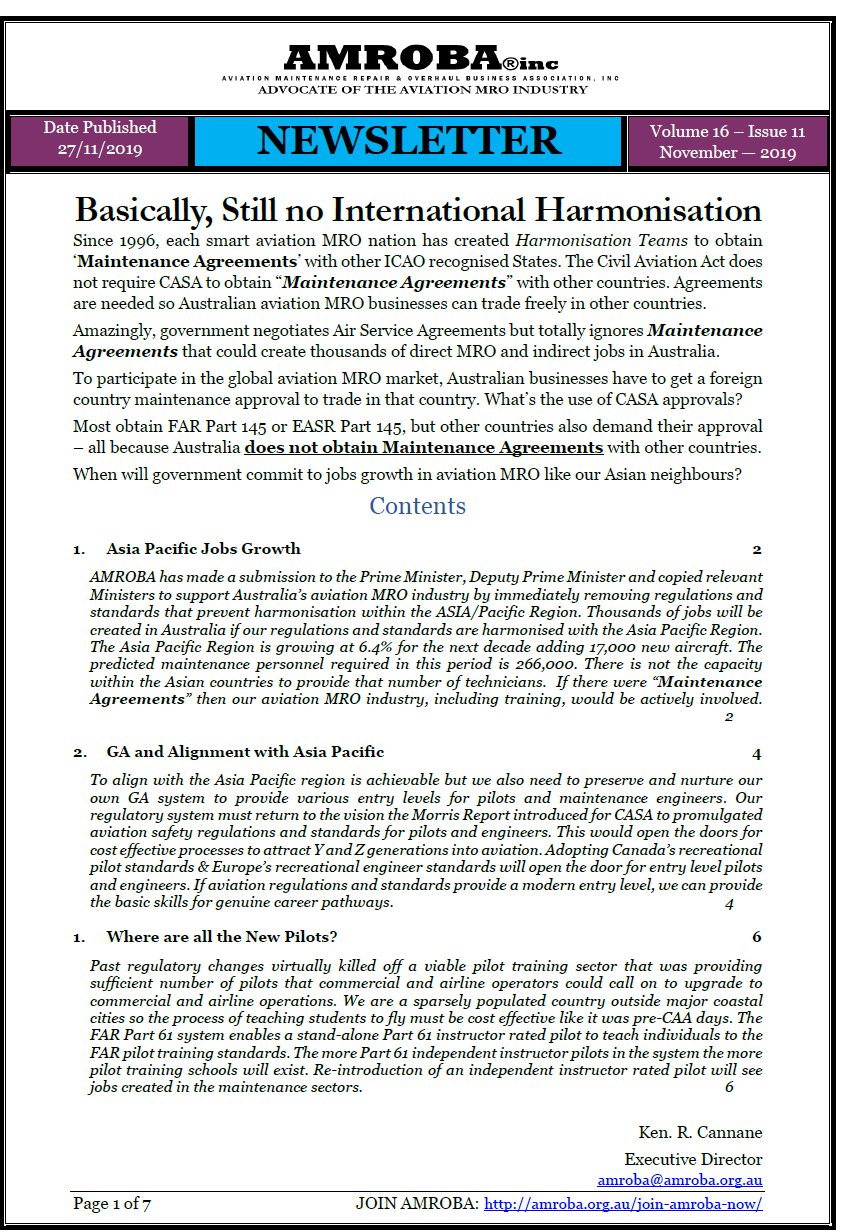 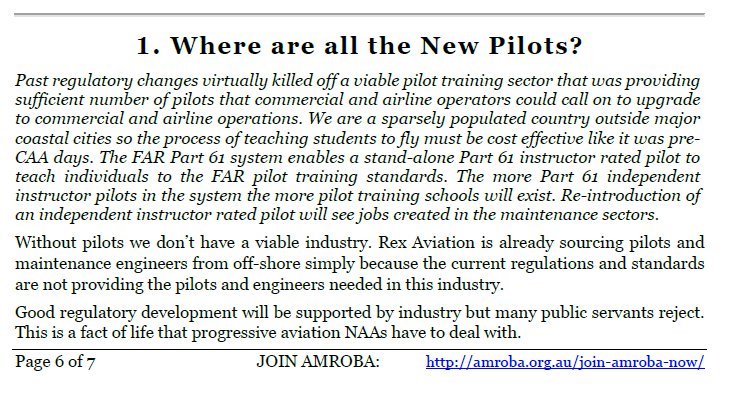 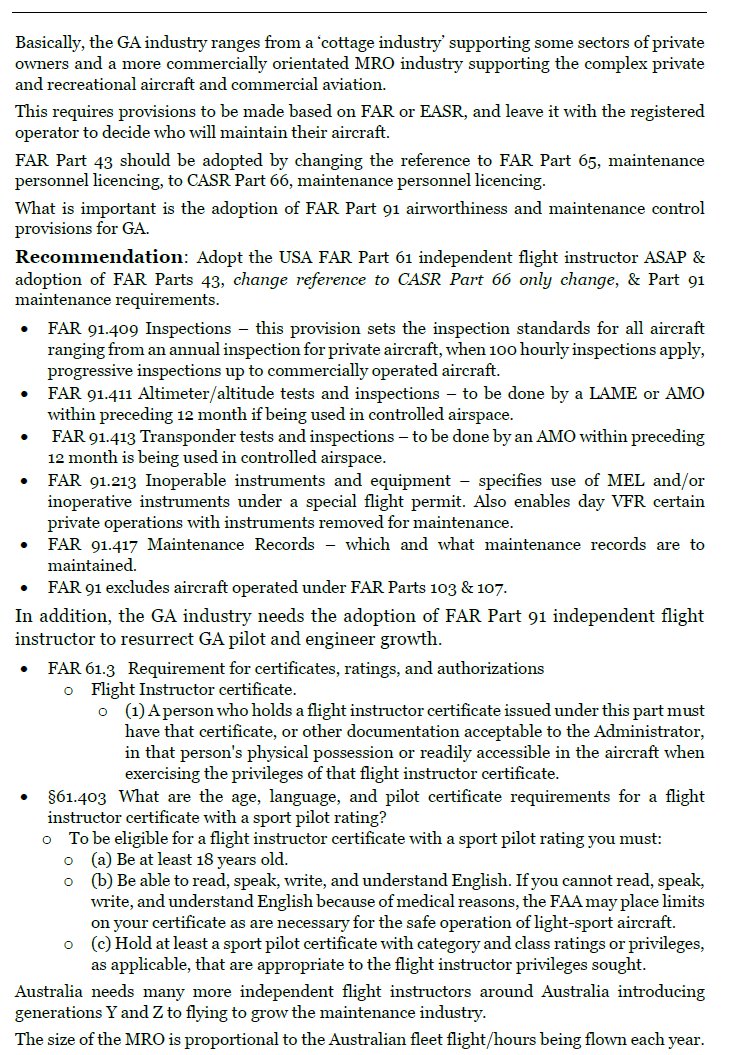