Round and round the garden; like a Teddy Bear; and etc. 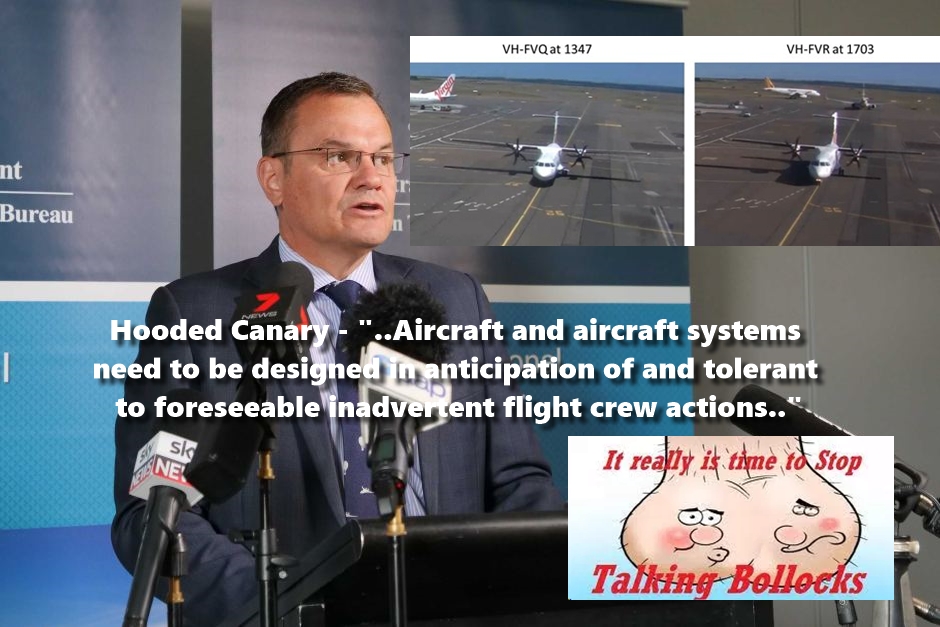 Round and round the garden; like a Teddy Bear; and etc.– AP Forum version. 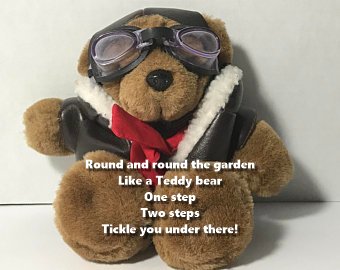 Seems to me those Teddy Bears must, eventually, get fed up with it: pissed off with doing nothing but poncing about the garden all day and getting ‘tickled’ for their pains. It has to stop: you can only presume on good nature so far – before there’s bother. Of course, it would have to be a collective ‘bother’ effort – one little hacked off Teddy is easily managed – bottom smacked, no tea and early to bed – repentant and chastised. Aye, ‘tis whimsy – but how easily does it fit with the AUSPTA story? Here we have one small bear with a great idea; a thinking man’s concept of how to work within an idiotic system, deliver world class service and be legally compliant with rules which would puzzle Methuselah. Not a bad effort – not too shabby at all. Enter the Dragon – in the form of a failed ‘engineering’ guru with feet of clay and delusions of not only grandeur but notions of how best to manage ‘aviation’. This by being determined to prevent good sense, safety management and benefit to a beleaguered industry. AUSPTA is in the same boat as Angel Flight Au – under threat. Our poor old Teddy Bear is in the same boat – unless his mates – also pissed off with tramping around the garden all day back him up. There is a time to man up and speak up – Now would be good. The words are NO MORE- ENOUGH. Lest  Buckley and his sensible, (quite legal) innovative notions be left, like Oliver Twist, to suffer the consequences of daring to ask a question. T’was a beating, if memory serves, while all the other hungry boys watched on; and, said nothing.  But, as it is Sunday I’ve rambled. The point of it is simple enough. Stand alone, not only will Buckley be ‘beaten’ but so will every other flight school in Australia. NOW is the time to weigh in, speak up and shout the odds. This cause should be supported by every single Alphabet soup outfit in this wide brown land; not to mention those with international affiliations. Speak up, get involved: or, live forever subservient, cowed, a’feared to ever speak up again– it really is that simple.

“Now is the time for all good men to come to the aid of the party.” Troo Dat…..

The decimation of flight training looms large this week. We must take a careful, long look at the disgraceful, much delayed and magnificently obfuscated ATSB report into the very dangerous ATR in-flight damage – see HERE. The potential for an in flight breakup of a 70 passenger aircraft was very, very real. The home grown holes in that famous Swiss cheese have been written out of the script – this is completely unacceptable, disingenuous and bloody dangerous. The report distracts so much from the root cause, causal chain and the plain facts as to be, potentially, more dangerous than the incident itself – through that which is carefully stepped around. This report – standing alone, apart from the other aberrations foisted on the tax paying public demands a Senate inquiry – at very least. ‘We’ have identified over 50 unmentioned nor acknowledged contributory (ignored or edited out) elements which potentially placed 70x 13 = 910 passengers,+ 26 pilots and at least 13 flight attendants in jeopardy – a situation where an in-flight air frame break up could have occurred. It didn’t – all thanks to the structural integrity and design of the ATR aircraft. Yet the top Canary at the ATSB, who can barely manage a circuit, in good weather, in a light aircraft brings it all back to the aircraft manufacturer – and EASA certification. BOLLOCKS. The real causes of the damage to the aircraft have NOT been revealed, let alone ‘examined’ nor mitigated. For example – it is an almost automatic habit for a crew to turn the ‘ignition’ (jet engine same- same diesel) to ‘continuous’ (spark) before getting anywhere near ‘heavy rain’ – fact. Yet we hear of a ‘crew’ i.e. two qualified pilots who sat and waited – (One one hundred; two one hundred: three one hundred; four one hundred; five one hundred) for an engine to ‘re-light’ after rain had put the ‘fire’ out. Then waited the same time again for the second engine to relight after the same thing happened; before, eventually deciding to turn the ignition ON to continuous. I, for one of many, cannot believe that ‘Continuous’ was not ON before the water put the flame out; but it is incredulous to sit and wait for a re-light once – but twice. WTD?? It is ludicrous. Yet we trained ‘em and qualified ‘em, turned ‘em loose and then sent them, all legal and ‘nice’ out there to cart Joe Public, his wife and kids about the country side. What if – the preventable control separation happened during multiple, preventable flame outs? Dunno – Maybe it’s me that’s barking mad: maybe not: but one of us is. The minimum result should be a Hood resignation and the report re-done to accurately reflect “cause and circumstance” – the real ones. 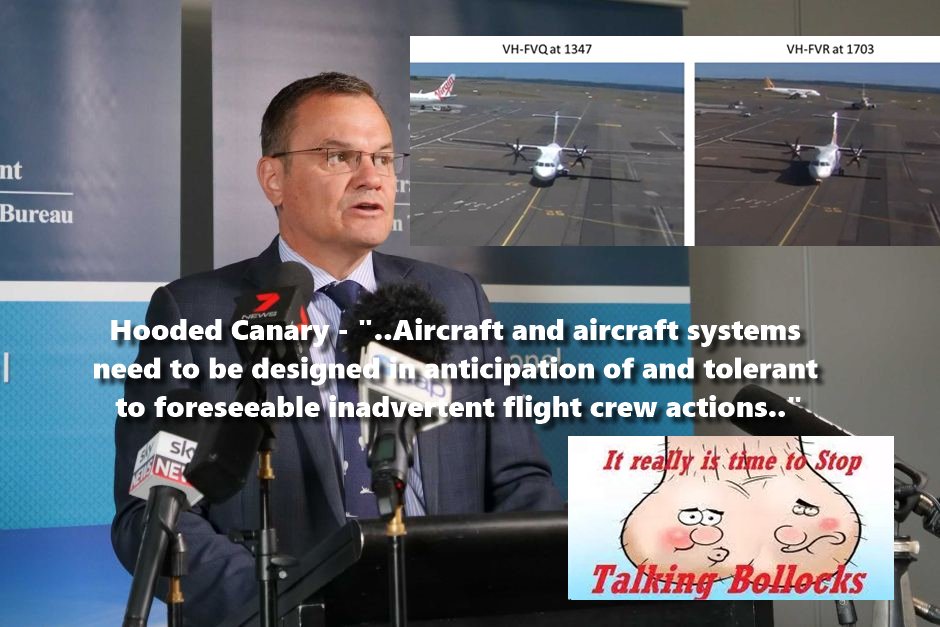 Once you eliminate the impossible, whatever remains, no matter how improbable, must be the truth. ― Arthur Conan Doyle (Sherlock Homes).

Truth. A rare commodity these days; for example – how many of the travelling public believe that in the rare event of a crash there will be highly skilled, qualified Rescue and Firefighters on hand to save them and (gods willing) their carry on baggage? How may passengers believe they are always protected by our excellent Air Traffic Control system? Ayup: a fair few would be a good bet; and, I’d take their wagers; even give ‘em good odds. I wonder how long our Electric blue, parsimonious, KPI oriented Halfwit can go on fooling the people? A monopoly which cuts the corners; thumbs it’s nose at not only ICAO compliance but best practice, with impunity. See – HERE – the latest ‘big change’ notions for making Australians in crashed aircraft ‘safer’. It is comforting though to know that ASA are considering allowing fire fighters to climb above two meters on ladders to fight fire – with the latest equipment – sometime in the future. To wit:-

But, don’t hold you breath – best save it – because if another flamed out, damaged ATR crashes at a regional airport after a heavy landing – basically – YOU are on your own lonesome way to the Pearly Gates. But please don’t worry – ATSB will blame the design and certification; CASA will crucify the aircrew – if they survive; ASA will say that they were completely compliant with their stated policy; and   the minister will be sitting pretty: absolved of all blame; with lots of wriggle room and a mountain of tax payer funded legal mumbo-jumbo telling you how very, very safe you are in Australian skies and airports. 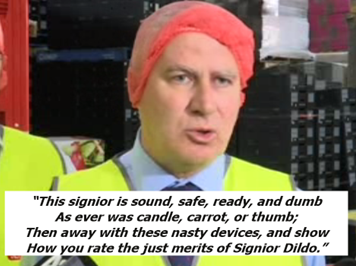 Aye, ‘tis a wondrous waddle about the garden – for Teddy bears, their heads full of stuffing and bugger all to do with the unbelievably shocking state Australian aviation standards have been diluted to. Even more incredible is that not only  ‘we’ but the politicians have been intimidated or bullshitted into allowing it to become so. Expert advice rules.

Don’t care – not today. I was given some rare, old, dry Australian Western Red Cedar which escaped export to the UK. Odd bits; dry and straight. I’ve made a new workbench stool out of it (the old one – Grandpa’s – was seriously weary). Today, (gods willing) the cramps come off and I shall try it out while contemplating designing a staircase as an excuse for sitting in the warm stable; in peace, solitude and quiet. Measure twice; cut once and curse less. Throws a Tasmanian Oak off-cut into the stove, picks up fresh coffee; lets the dogs sleep a while longer; before the devil drives to those needs which must.

P7 – butt in:-And so – the great art of turning large lumps of wood into small ones continues. Can I have my Dad’s stool back now?{Quiet chuckle-.-.}