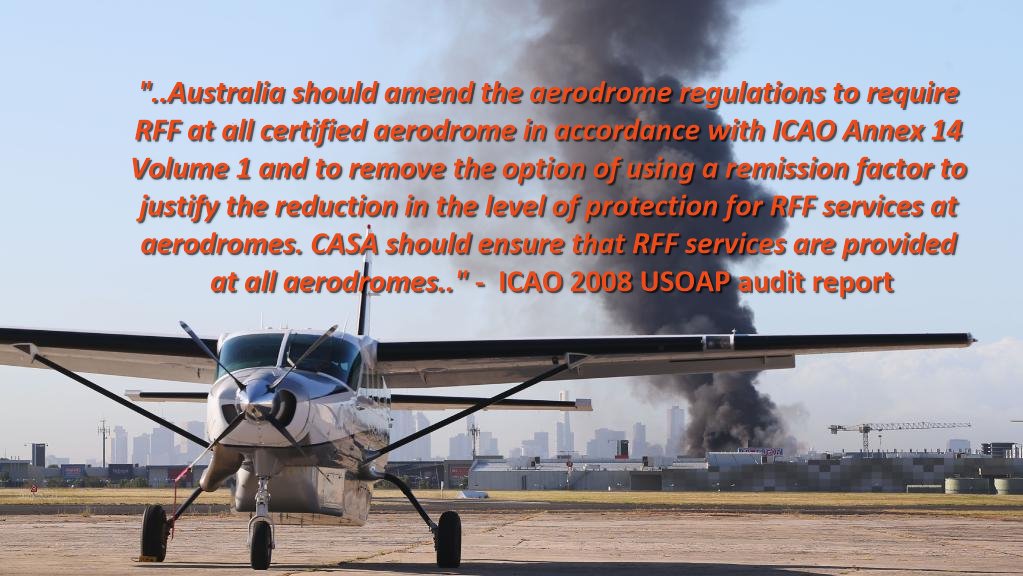 Firefighters at the scene of the plane crash at the Essendon DFO.  Photo: Jason South

It is a ‘thing’ DT taught me. Took me a while to catch on, but it was a clever thing. She would leave ‘stuff’ which needed to be put back where it belonged in my way – so I’d almost fall over it. Cussin’ I’d move the offending, it being easier to put ‘em back where they belonged rather than move ‘em aside. I did this with a pile of lumber which has been awaiting my attention for a good while now. The job had to be done; but, there was always something else – my excuse. So yesterday a piece of it fell over – again – so, motivation occurred. It is now a ‘sharpening bench’; grinder on one end – engineers vice on ‘tuther, shelf underneath for the stuff required. My bench planes and edged tools are not what may be described as modern. Indeed the youngest bench plane I own is a 1934 model. Why? Well back in the day when wages were low and hours were long, these tools were expensive. They were made to serve the needs of working craftsmen – for a lifetime. Manufactures took pride in their product and they had to; the men who used their tools on a daily basis were skilled and demanded equal from their once in a lifetime purchase. That ‘quality’ still resides within the tools. But, I digress. The bench is meant and designed to support these tools; this is a messy, dirty part of keeping edges polished and ‘lethal’ also to assist in the repair and renovation of seriously ‘old’ tools which need a little more care. A 200 y.o wooden plane is wonderful to use – but a demanding mistress. Hence the bench. There is a point – patience: we have much to consider this day.

Anyway – I built it – eight hours; start to finish with rough, heavy timber; all planed square, flat and smooth – not perfect ‘four square’ but close enough for government work. Near enough for a side bench as I justified my ‘rough’ work. It worked – performed design function and that was all I wanted – looked terrible to me. I could see every slight misfit, uneven match and knots skimmed over rather than fettled right. I pulled an Ale, and turned on the lights over the fireplace end; do you know, in the soft light, the thing looked great. Didn’t fool P7.

“Better light a candle than curse the darkness.”― Confucius possibly.

This, believe it or not is the problem we face in Australian aviation; rough work dressed up to look like real craftsmanship – in a soft light. ICAO for example, dining with top dog CASA will see the ‘product’ by candle light. Now, P7 is a ‘master’ craftsman – he turned on the lights and pointed out every error I’d allowed without correction; then found six more and explained why, in time, those ‘quick fixes’ would cause trouble and more work. Same – same Australia – quick, glib almost right shortcuts which, by candle light, look good but soon or late will come back to dog the fraud. 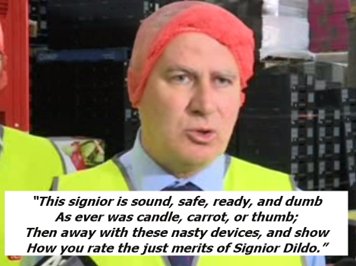 The massive, error compounded, deeply compromised abomination is clearly visible in the Essendon DFO event. The event shines a very bright light on the manifold failures of the ASA, ATSB and CASA to ensure that every precaution that could have been taken; was taken. If for no other reason than to protect their six. Too arrogant to ensure all the I’s were dotted and too comfortable in their protect atmosphere to cross all the ‘t’s’. For instance – a fuel fed fire in a busy shopping complex after an aircraft slammed into the building at >200 K. Not in their narrow, cost cutting dreams would they have thought of that – beyond their ken. Nah, can’t happen – Yet there it is and what a mess. 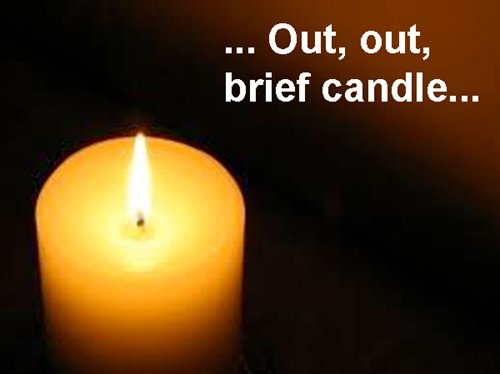 For a start, there are the medical questions related to the pilots health. All legal and nice – but; if you question the pilots performance at Hotham; you’ll need to arrive at a better solution than ‘re-training’. We must await the Coroner to clarify that; but unusual events demand deeper investigation than a simple ‘re-train’. CASA stopped thinking once the operation was ‘legal’ – ATSB did a minimum desk top job to cover their arse. Even after the DFO event no one got too concerned. Rough, shoddy work to fool the punters, minimum effort for maximum credibility.

Then we must consider the ‘evacuation’ protocols; were they adequate or just some OH& S tick a box thing? The building impinges on an active runway. With that in mind, we may reasonably ask was the RFFS adequate to meet the challenges of the event, within the time frame considered minimum for survival? Was there a plan in place to safely extricate the maximum number of people from the complex, within a safe time frame? How was this to be done? Where’s the battle plan and more importantly – where are the trained RFFS folk to manage a fuel fed fire, within a large, complex structure, full of shoppers and their kids? There ain’t one – that is the short, and only answer required. Once again we find ASA, ATSB and CASA to be not only be derelict in a duty of care; but in clear conflict with world best practice. A short time spent reading ‘Mount Non Compliance’ and the latest from the ‘Senate Estimates’ committee’s investigations should remove any doubt. The Mayor of Adelaide has non, the ARFF have even less.

Australia has been taking the Mickey Bliss out of ICAO for decades now; it all may look good by candle light, over a glass of plonk – but it ain’t. Not by a long shot. Perhaps ICAO could get off of its arse and turn the bloody lights on; so the world may see the cavalier approach to world best practice and the deliberate, total mockery made of safety ‘compliance’. Although I seriously doubt the ICAO opinion would change much; the status quo would nod and bow – even change their pants before ICAO kicked their plush backsides (so ICAO would not dirty their boots) then continue on, as they always have; giggling as they scamper off, back to Sleepy Hollow where nothing changes – unless it suits.

Urgent, forceful direct government intervention is required – now would be good. Essendon is an example of the ticking legal and operational time bomb, designed and made by ‘safety agencies’. The Estimates committee are desperately trying to find a way through the decades old, well established defences. They are turned and spurned at every outing. They simply don’t know the answers to the questions they ask – on the right track but; alas. The ARRF have provided the key and the matches to start the reform blaze. The Adelaide appeal will fan the flames. This is no longer just the rumblings of a few malcontents; it threatens to expose the bare faced lying effrontery perpetuated in the myth of Australian aviation safety. But don’t believe me – wait till the legal eagles from the USA arrive – they will not be bringing a wet noodle to a gun fight. Someone needs to get off of his beam ends – fast type – ICAO Class 2 looms.

The errors I allowed in my bench were ‘workman – like’ and forgivable due to the nature and intended purpose of the piece. In a piece intended to be placed on display, under bright lights, reviewed by my peers – I’d be pilloried. That, members of the government is where you stand – for nothing; absolutely nothing happens without a ministerial nod. Guess who is in the gun? I’ll help – it’s not ASA, it’s not ATSB and it’s definitely not CASA; so who, I wonder, could it be? 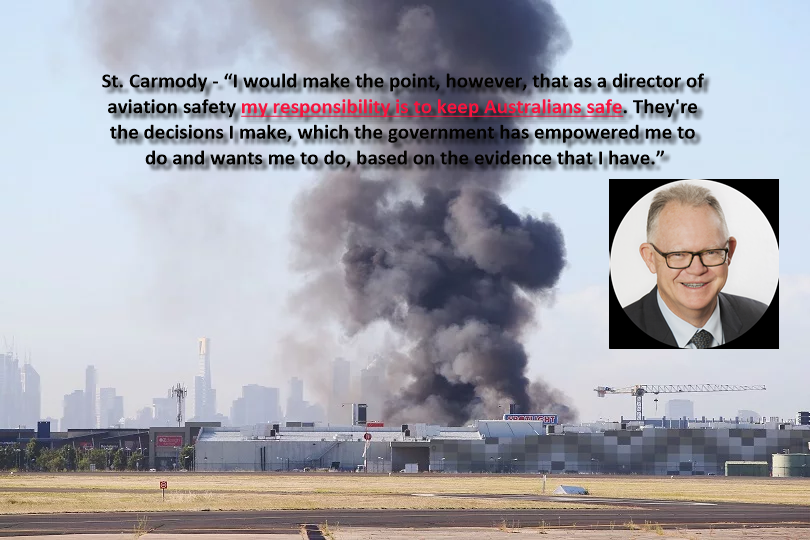 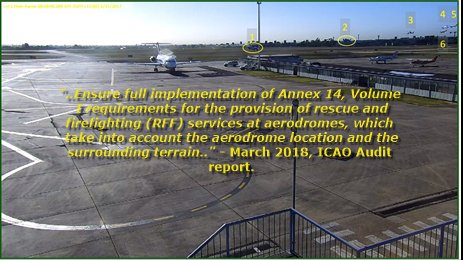 P2 will (I hope)– as usual – provide the links to this weeks offerings. The submissions from experts are well worth the time taken to read. Any one of them should ring the big bell in your alarum system. The tragedy at Essendon may yet become a keystone for real reform, real change and real ‘safety’ for those who fly, in our time. We can only hope. This is ‘serious’ stuff and becoming more so as the big lights are turned on.

TOM and I placed our glasses on the side bench and duly christened it. “It’ll only last 50 years” says he. “I’ll drink to that” says I  “may we be both be here to see it’s demise”.