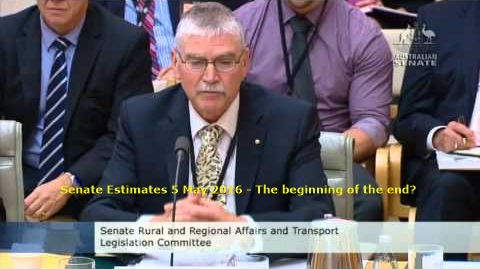 Nah! – Duck this – for a game of soldiers.- AP Forum version.

WTF are the CASA DAS and CASA Chairman suddenly all concerned over ‘commercial’ matters.

Skidmore trotted it out as a weasel worded platitude at estimates – concerned that it was unfair, so unfair to those who had spent their money fitting ADSB that he couldn’t possibly consider delaying full implementation…

…Then I listened carefully to the Boyd interview on ABC radio: and bugger me, there it was again.  CASA getting all concerned about ‘commercial’ matters, fairness of competition and costs, from Boyd.  Rewind, listen again – click.

It’s bloody near midnight – I keep waiting for the fury to subside (which it does – with patience) but not this night. Usually, when ‘the furies’ plague me, a couple of Ales in the workshop and a smoke, stroll with the dogs and ‘the furies’ depart the fix with little fuss – end of. Not tonight.

Early this week, I’d a notion for the Sunday ramble, thought about it, worked it around – even found a title “Fire; and the Brimstone to follow” for there is much to consider with regard to Halfwit’s vision of his KPI, the dreadful lack of ICAO compliance, shortage of substantive RFFS in this wide brown land and; the appalling state of the ASA in general.

Ref: Aviation safety and the rule of three?

The ‘fire’ is inevitable – statically; the Brimstone to follow, with politicians and ‘departments’ alike fleeing any and all responsibility. I counted myself content to add a little fuel to the RFFS fire; their cause is just – the logic impeccable; the facts undeniable. All was well until P2 rang – “seen this” says he; cheery like. I had not, and; 14 hours later – I’m still fuming.

The village which managed to lose it’s idiot knows exactly where to find him – resident scribe to ‘Australian Flying’ – and the village don’t want him back. Today, this light minded commercial publication allowed the following to be published:- in a magazine which industry folk may read. 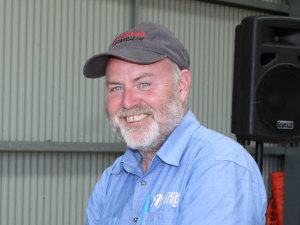 The TAAAF policy released this week is likely to be the most rational, productive and effective document ever ignored by Canberra. The keystone to the paper is that CASA needs to be reformed with the board taking greater power and responsibility, with the role of the CEO/Director of Aviation Safety downgraded. At the moment, the board is an oversight committee that doesn’t have a lot of power to effect change. That position gains integrity when you consider that the paper was signed by the immediate past chairman of the CASA board Jeff Boyd. Is there anyone out there in a better position to know what the problem is than the person who was regularly blocked from making significant change to the way aviation safety is regulated?

If ever there was a more wool-blind load of old twaddle inflicted on a suffering industry, adding insult to injury, the inutile Hitch has managed it. Why he don’t stick to vacuous scribblings about his vicarious flight time in ‘Tupperware’ I’ll never know – but to scratch out that vomitus piece of rubbish – and manage to have any credibility is beyond my reasoning powers. 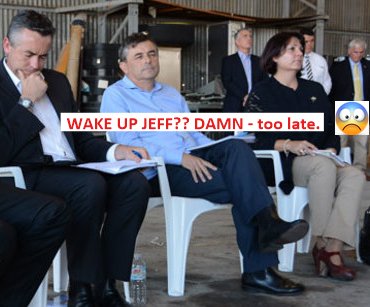 Jeff Boyd – FCOL – Hitch was scurrying about at Tamworth and had he had his ears open and paying attention, he could have seen and heard the mouse that tried to roar defend CASA – explaining what a difficult job they had invented for themselves. A little further down the track he would have noted the not so subtle change in the Boyd language and stance. You won’t know, but Boyd actually wanted to meet PAIN – set up a meeting was the order – well we put a scratch team together – nothing heavy – just a couple of ‘experts’ mixed in with ordinary folk. We sat – he arrived late (without apology) and talked and talked. Not too much in the listening department was noted; and, no interest whatsoever in the minor ‘test’ points raised. We ain’t altogether silly. A phoney. CASA Mouthpiece. – Full of it – Ignore – was the verdict of the BRB and so we did. I almost lost my shirt on ‘the book’. Shaded the odds to give the bloke a chance to run. Bad call – Mea Culpa. We all watched and despaired as Boyd became an appendage to the CASA Frankenstein. Ineffectual was the least insulting comment I could get at several BRB sessions – when his name was mentioned. When this short wheelbase Muppet left the board, hardly a soul broke wind. Then; up he pops with TAAAF. Well, he’s in the right sphere now – rubbing shoulders with the other Casamites and system bilker’s – Russell, Monk and all of St Commode’s best boys – and; “they” are going to ‘reform’ CASA, the Act and allow a board and minister to have a say-so. BOLLOCKS. We in the industry may be dumb – even honest – maybe even gullible – but non of us is anywhere near stupid – bar Hitch – who seems to find it all a slightly amusing ‘something – nothing’.

There is only one solution and one solution only. A director who can not only assist the minister, reduce the budget and sort out the creatures which have taken up residence in the Sleepy Hollow swamps; but can actually reform the department, get sensible operational safety ensconced in law and let everyone breathe easier. It is that simple – fire St. Commode and hire an expert – let him pick his crew; give ‘em all a baseball bat and turn ‘em loose. The changes would amaze even the most hardened cynic. Hell; the industry may even survive after CASA, Boyd and his TAAAF mates have almost bled it dry.

There; not a quote or even an attempt at humour. This has just got serious kids; now, run and hide as you always do until the Bogey Man has passed by.

If you wake at midnight, and hear a horse’s feet,

Don’t go drawing back the blind, or looking in the street,

Them that asks no questions isn’t told a lie.

Watch the wall, my darling, while the Gentlemen go by!

Five and twenty ponies Trotting through the dark;

Brandy for the Parson, ’Baccy for the Clerk

Laces for a lady, letters for a spy,

And watch the wall, my darling, while the Gentlemen go by!