“It is better to light a candle than curse the darkness.”

(P2 comment: Before “K” says “gotcha P2”, these words of wisdom were originally attributed to Confucius )

A candle in the window. The climb itself had been arduous, even without the weather being foul; the descent difficult and dangerous and the weather ferocious; such is the lot of a mountain climber. At last, in darkness a place was reached from which a walk to a hut could begin. Wet, cold and tired the dim light of a lantern could be seen in a window; it cheered a little until the truth was realised. There was still a steep valley to navigate and long dark walk in the rain to complete with treacherous footing to confound tired legs. This is where the CASA ‘reform’ process is; miles to go, in the dark with only a dim lamp to guide it over inhospitable terrain.

What a terrific effort by RAAA to reach a place where a discourse is even possible, the tantalising glow of the small lamp in a far off window. Serious students will appreciate just how difficult it has been to achieve this and will know that the game is far from over; there’s  still a long difficult march to complete, even with the most excellent Rev. Forsyth leading his flock. The end of a long difficult climb is no place to begin a battle against the denizens of Sleepy Hollow; but it must be fought. 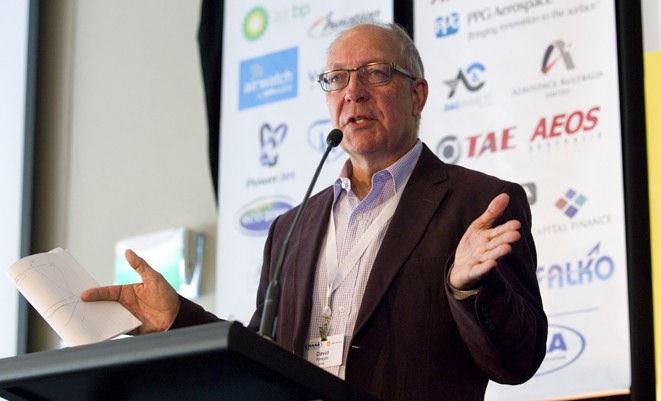 There’s hope, that most excellent of men, the Rev. Forsyth is padded up and heading for the crease to partner the doughty Davis; which should put a new shine on the RAAA innings. We wish him bon chance in the high stakes test match. AMROBA and TAAAF have made a great start to the match, and there are a couple of first class players  yet to bat; before the tail end gets to play, let’s hope we don’t need them..

The new ‘tools’ such as a ‘flexible’ SoE , a new DASaster and a Board with some backbone will assist greatly – provided the SoE is used correctly (as intended) the new DAS is a reform man who knows how to do the job and the Board has not been restrained, restricted or frustrated. That will sort out the top end, the cake eaters; but what of the bottom dwellers? Those who swan about making personal opinion and philosophy ‘law’ through manuals which must be to their liking before ‘acceptance’ is gifted; or, approval is given; or, take a dislike to someone and make their live a hell. I note the FAA have begun to address the problem of ‘subjective interpretation’ – HERE –  food for thought indeed.

The cake eaters will make great efforts to be seen to strive for ‘harmony’; but out on the coal face, over a coffee, the bullies will still be subtly intimidating their victims; or, having a quiet ‘chat’ with their favourites to ensure ‘their’ version of law is the one applied.

Rumour morphs into fact as the mythical ICAO audit looms over the horizon. Providing ‘Evidence’ is a strange notion, in my experience, checking the ‘evidence’ is part of any audit process.  If for example ICAO make a recommendation to change the light bulbs every half year, then the ‘evidence’ could be furnished through the paper trail. Seems ICAO are not interested in the paper trail but want to examine each light bulb, to make sure it was changed. You can understand the reasons why; P2 “I note the following ICAO finding, recommendation and comment from Appendix 1-8-05:” CASA got a shed load of money to implement the last ICAO audit many findings; the money sure as hell got ‘used’, but as for complying with the ICAO recommendation, better ask the relatives of the King Air passengers what they think of the ‘improvements’ CASA made.

Melbourne experiences its worst aviation disaster in 30 years after a light plane plummeted into the Essendon DFO shopping centre.

Further evidence of the CASA operating system may be seen as the battle lines for the ‘responsibility and liability’ wars are drawn. The agencies and departments are always quick off the mark in the rump covering stakes, with CASA leading the charge. Don’t forget, not for a moment, that it was CASA and the ATSB which brought you the Pel-Air disgrace; apart from some minor changes at the top, nothing underneath has changed. Firefighters at the scene of the plane crash at the Essendon DFO.  Photo: Jason South

Absolutely nothing; the same venal thinking will apply to Essendon unless the interested parties get together; and, like ICAO – demand to see every single scrap of ‘evidence’ related to this accident and have it independently analysed and tested to a court quality ‘evidence’ standard. Be warned, there is no level too low for the official side of this to stoop to; plenty of evidence to support that theory. 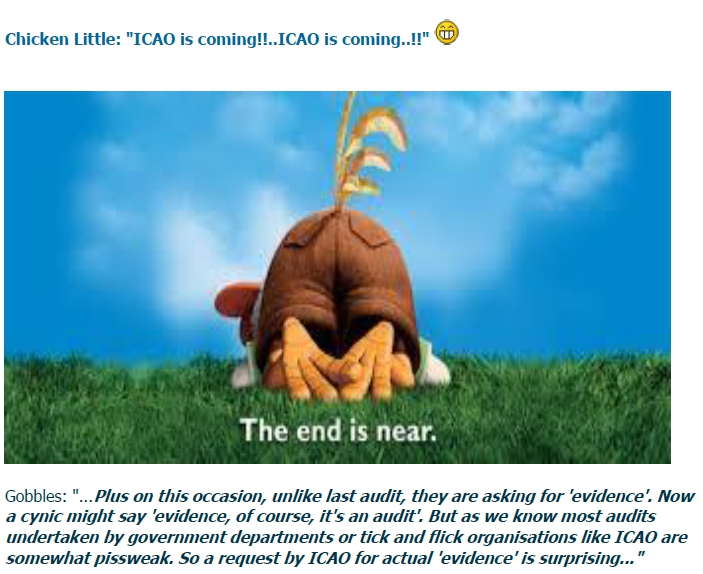 Matters aeronautical are approaching an ‘interesting’ junction. We have seen, several times now, matters reaching a critical mass; but little of practical use or ornament has ever emerged, despite the hundreds of millions thrown at ‘the problem’ in hope of a quick fix. A true ‘fix’ is painful and bloody, the longer it takes to affect a real cure; the longer the recuperation period. Will the King Air accident, the ICAO audit, the ASA audit, the Senate estimates committee efforts all combine to be the watershed? They should – but who knows. We shall watch with interest.

And a word from the Murky Mandarin…