Who’s doing what, to whom and who is paying? 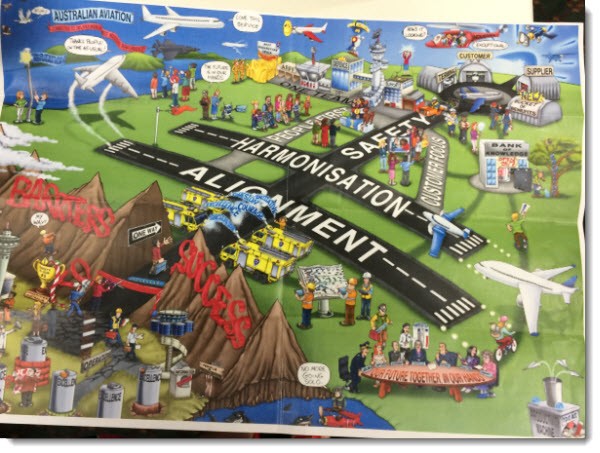 Well, no wonder the RRAT committee are asking awkward questions.  The document provided –HERE – although unsubstantiated and anonymous, begs so many questions; but, if it is ever proven, it provides answers a lot of the nagging, background questions.

One of our associates, who is qualified to speak, has studied the document.

Now I for one would like to know exactly what has been going on behind closed doors at ASA; the rumours of incredible waste, indulgence, fraud, corruption, hank-panky and ugly politics are in mountainous proportion.  Far too many to be dismissed as idle gossip.

But the truly alarming thing is that not only does Australia have a truly dreadful system, which places huge burdens on the ATCO; the cost to industry just in the form of delays and additional track miles caused by the system is truly horrendous.  The public get whacked at every turn.  Take a simple six minute hold; say it costs $10,000 and hour to operate the aircraft, this adds another $1000 to the cost of running the flight.  Say that happens 10 times a day, there’s $10,000, seven days a week, there’s $70,000, 365 days a year, there is $ 25,550,000 additional to the cost of operating an A to B air service.  When you dig into the numbers, the cost burden of the existing system is truly a frightening number.

Now ASA want to increase their fees; and someone has to pay for that; guess who.  The airlines will simply build the loss into the airfares, ASA will collect the fees, the ATCO will still be operating a second rate system, the government will benefit by another $100,000, 000 per annum.  The poor old punter gets clipped, three ways for no added safety or efficiency benefit; nary a one.   In fact as the system deteriorates the punter is paying over the odds for a decreasing efficiency and a reducing safety factor, while those on the ‘bone-us’ system earn massive salaries, dine in splendour and get to have dinner with clever folk who want them to buy an expensive, outdated, inefficient equipment which cost (if investigations prove it) more that the top of the range modern gear.

No matter, no doubt An(g)us  will sort it out during his lazy visit to far off climes in a minute, using his I-pad, after first class meal service.  Funny that, travelling away when the merde is about to hit the windmill at the RRAT.  Let’s hope he has had all his vaccinations, lest he catch something nasty whilst on holiday at public expense.