When you wish – upon a star. 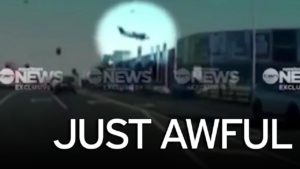 When you wish – upon a star.

It may well be that I have genetically acquired some of P7-TOM’s cynicism although, to be fair, he ain’t cynical by nature; but he is a student of history. Oh, what’s that bloody line  – Google?

Quote:“‘[H]e that filches from me my good name / Robs me of that which not enriches him, And makes me poor indeed’” (quoting W. Shakespeare, Othello, act III, sc. 3)

Near enough for my purpose. You see many good names have been stolen; or maligned. Some by others, for whatever reason; but some have been snared by either actions or inaction. It matters not how the damage was done or by whom, what matters is the recovery, which ain’t easy. Carmody is a case in point. I know, I ramble, but bear with me a few more lines. Carmody melted away when the rat pack savaged his CASA boss (Byron); safe and comfortable, name untarnished. 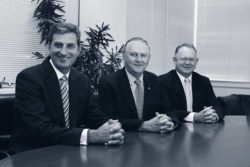 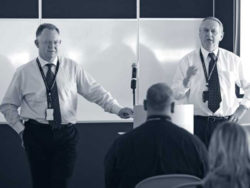 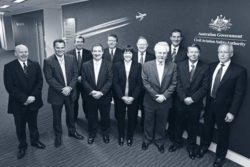 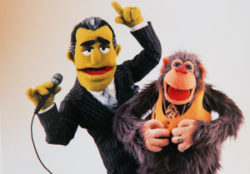 Not an outright betrayal, but no stalwart defence either, no protest, no attempt to continue the job Byron was trying to get done, just acquiescence to the way the cards fell. Many found this distasteful and remember it. Now the boot, so to speak, is on ‘tuther foot. Carmody is running Sleepy Hollow and seems to be wanting to cure the past ills. He is asking for industry charity, goodwill, expertise and advice to dig him and his ‘department’ out the shit hole they have been digging, with some vigour, since he was last IIC. There is an expectation of trust contained within that notion. It is a reasonable question to ask – can we trust him?. The old hands say ‘no-way’; he’ll cut and run the minute Chester departs the scene, leaving more mayhem and uncertainty in his wake. The younger blood fancy their chances at influencing real reform. Either way; it matters not, time stolen is the quintessential factor. Time to organise, time to debate, time to draft, time to edit, time to redraft, time to have it all approved, time to get it into law. We have been burning daylight and money for 30 years now. It’s time to end this charade. Adopt FAA or NZ CAA rules, now and have done with this endless farrago. 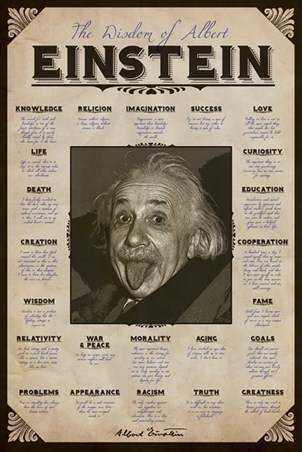 We’ve all heard Albert Einstein’s famous line: “Insanity is doing the same thing over and over again and expecting different results.” As it turns out, insanity might be crediting that quote to Einstein over and over again. He never said it.

Consider – In the same amount of time its going to take to go through another cycle of ‘consultation’ (again) the adoption of a sane rule set could be announced, the time it will take to go through Parliament would give industry some lead time; lets say a twelve month, to get used to the ‘new’ set and draft their expositions. Allow a further twelve month for CASA to accept the new operations manuals – then after two years, with very little expense or heartburn, the new rules are in operation. So why must we endure more of the same old, same old? 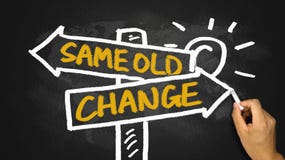 At the end of the shift, what matters is your business survives in an atmosphere in which it can operate, without fear or embuggerance. At the moment this is a far horizon, a long march away over rough terrain; Carmody has his water bottle and snack pack for the journey – do you? 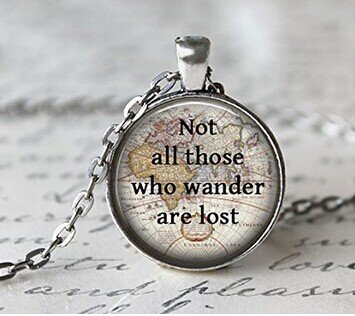 All that is gold does not glitter, written by J. R. R. Tolkien for The Lord of the Rings

While I’m at it –IMO, the call for ‘experts’ to assist is the biggest cart load of pony-pooh to ever leave Sleepy Hollow. The experts employed by CASA have, for years now, been frustrating, denigrating and denying the very same industry experts they now wish to utilise, to dig them out of the mess the CASA ‘experts’ have landed themselves in. I’m sure there is a word to describe that situation. Basic Anglo Saxon will do nicely for me – BOLLOCKS!

I know, I started with ‘stars’; the thought was that we do not have some of the brightest in the firmament; the fading ASA star for example. Comrade Hitch had a slap at the latest farce in Oz flying, but I reckon he missed, by a whisker, the real point. Responsibility distribution. Aye, the gutless weasels of officialdom have offloaded the responsibility for providing navigation coordinates (lat & long) to ‘someone’ – anyone who can sign a form and walk a GPS out to the ARP, write down the numbers and send ‘em off to the officials, who will then duly note (and keep on the data base) the reference for places where an aircraft may set down or depart from. No donkey to pin the tail on, no data base entry. Cynical – Oh yes. Somehow the ASA cutbacks must be justified. They can’t just send out a letter saying “if you want in, give is a name”; or, “we no longer have the staff to do the data entry, so can you assist”. – No Sir, we opt for this shiftless, lazy, easy cop out and we offload the responsibility for it; now, how good is that? 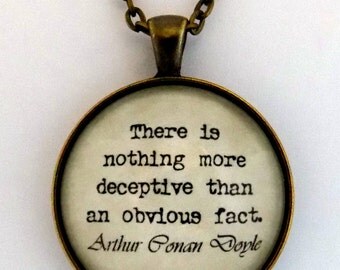 With the Pel-Air report and Senate estimates looming closer it’s time to take the gloves off and use the incident to show cause why ATSB and CASA need a serious ‘seeing to’; pineapples, ICAO, Judicial inquiry, Senators – the works. No one is free of guilt in this story, CASA least of all, they ‘accepted’ and approved the operation; ATSB assisted to manipulate the report (although only the gods know why) BoM was asleep at the wheel and the ATCO’s were ‘not obliged’. Bollocks, the only honest man is the pilot who admitted his errors and has since corrected them. Pity the rest can’t just ‘fess up and fix the holes in their systematic cheese. I ever there was a need for serious ‘safety recommendations’ and ICAO putting it’s large foot down, with a firm hand – now is the time.

DF – “..We see that, whatever else occurred, if the pilot had been made aware proactively about the hazardous situation that now existed then perhaps he would have made a different decision. Should he have been there in the first place? Should he have had more fuel? They are all other slices of cheese. We are concerned with this one. The thing we are really trying to establish is, if the ATSB report had had a recommendation that said, ‘This was something that could have prevented the accident. Is it possible to have it put in place for the future?’ then you would have taken action on that as a matter of course. Is that a correct assumption?..”

JH –“..That is a correct assumption…”

The Invisible Manning made some serious claims at estimates about this report; NX graciously allowed him to slither off without commitment. Wonder how that’s going to work out for them?

The loud, long silence hanging over the ‘airports v buildings’ question is deafening. No one seems to want to even look at the problems, let alone address this serious matter. Expert advice has been saying for over a decade that sooner or later an aircraft is going to smack into a building within the confines of a runway; that advice has been ignored. 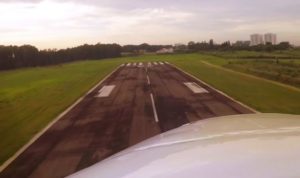 Now every department is in denial of any and all responsibility, the parcel being passed around at high speed. Can someone please find out if we even have a minister for transport. If you do manage to locate one – please ask WTD is he going to do about this particular mess. Yesterday would have been great, but today will do, just so we get an answer. We can’t keep depending on the Senate committee to sort out every problem; that’s why we hire ‘experts’ to resolve the multitude of serious questions associated with matters aeronautical – ain’t it? Anyway – there is one small, but important good news item this week. One of the Pprune stalwarts (Frontal Lobotomy) has made publicly available, for free, electronic copies of the past issues of the legendary Aviation Safety Digest. 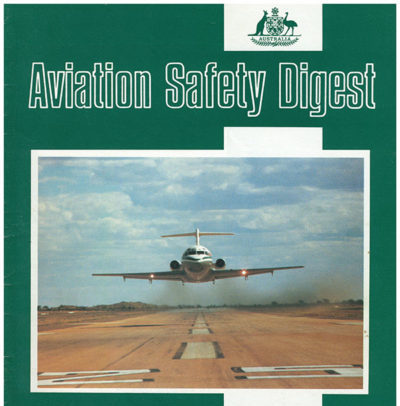 There is not a pilot, anywhere in the world, who will not find something of interest, value and education in the beautifully written analysis of real accident and incidents, prepared by the expert investigators of the old, valuable ATSB. Before it was emasculated, muted and made a catamite to the CASA whimsy. Download and enjoy. FL has a gold key to the Tim Tam box, a large gold star and our gratitude.

That’s it, Steam – off. We seem to be trapped in a never ending repetitive cycle, spinning, lost in the political void (or is it avoid), whatever; it’s time to stop the merry-go-around. Perhaps some of our volunteer ‘experts’ can get the brakes on – we shall see; but I reckon I could leave the planet, come back in two years time and find nothing had changed – not for the better at least. Fellah asked if I was going to ‘sign on’, I would, say’s I; but only  if I can take my cricket bat along.

Enough waffle and twiddle, the clock say’s get a move on, time to play at dodge the strict liability bullets and duck the criminal charges – Aye; just another day at the office. 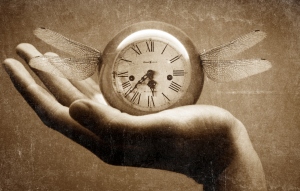