“When the hurlyburly ‘s done, when the battle ‘s lost and won”

“When the hurlyburly ‘s done, when the battle ‘s lost and won” – AP Forum version. 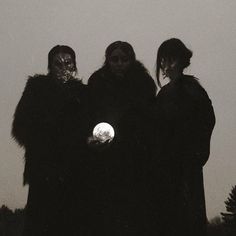 Macbeth Act 1, Scene 1: In this opening scene, the three witches, or Weird Sisters (possibly Shakespeare’s version of the Fates?) convene and decide when to approach Macbeth and Banquo with their prophecy. 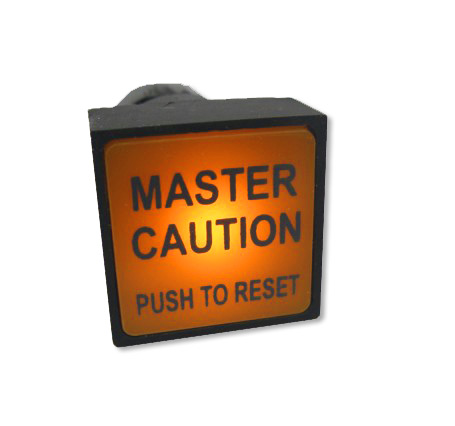 “Compromise cannot be allowed in cases where the exact truth is ascertainable.” – Arthur Lynch.

Read properly, the point of the quote, to the government minister for transport could not be made any clearer. Even our Hi Viz Canary and the ‘three monkeys’ knock off CEO of CASA can relate to the crystal clear message. A fair and equitable solution to any major cultural divide is essential. Same as my Grandmamma said of any healthy ‘relationship’ – “I don’t mind putting the toilet seat down, if he don’t mind lifting it up”. Common sense. Fair, reasonable: and, most importantly, completely sane. So, the puzzle; how do we breathe common sense, decency and honesty into ATSB and CASA doings? Must we dredge up the history? Draw the parallels and drive home the simple, clear message that the time for reaching common ground has past – lost in the mists of time – descended into shadow; lost forever in myth and legend. I believe it is; the situation has polarised; mediation is beyond reach and it is time both ATSB and CASA took a long, hard, honest look at what they have become. The ‘bully’ who insists that the toilet seat must always remain in the upright position – unless he leaves it down – a’ purpose. To do this we must first look to the past.

The Lockhart River CFIT event was a fatal accident. One of the younger members of the PAIN network asked me WTD it had to do with the Pel-Air affair. I got us both a beer and sat down with him; “well” say’s I – “how much do you know about Lockhart; or, Seaview?” “Not much” say’s he, “Metro, CFIT, fatalities and a couple of ‘Senate inquiries’; that’s about it”. Not too much point in continuing that discussion, waste of wind and time. “Check your email tomorrow, I’ll send you some data”. End of. Two days later – the phone rings – “Duck me” say’s the youngster. “Exactly” say’s I. You will excuse (I hope) the long winded preamble, but if we are to truly determine exactly how nothing has changed since Lockhart, properly and clinically examine the Pel-Air ‘incident’ and the rape of Airtex (amongst others) we must begin with history.  With your indulgence, a short ramble.

Back in the day, when PAIN first became a living creature, ‘we’ met Shane Urquhart, father of a daughter killed in the Lockhart accident. It was decided that whatever the outcome, for Shane, we would take a long, hard, holistic, unbiased look at the accident. What we discovered, from a purely operational analysis was almost unbelievable. So we checked, and checked again. Then, drafted a report, mostly for Shane and let the matter rest there; for there was little else which, realistically, could to be done. Endit…

Then, the Pel-Air event popped up. We watched, waited; and of course, speculated. Apart from providing some ‘interesting’ discussion at the BRB indaba’s, there was little for PAIN to analyse or even comment on; until the Senate crew brought it on. Ever hear 1000 voices shout BOLLOCKS at the same time; I did. So the digging party was assembled and dig they did. Deep, hard and long they dug; the elusive nuggets drawing them deeper into the squalid swamps of Sleepy Hollow.

I do hope that the above will suffice as an introduction to the next passage of play. A rough (as in unrefined) E&OE report was prepared for Shane Urquhart on the Lockhart event. It is (warts and all) available from the AP library. I intend to quote some passages from that ‘report’ – as part of the Pel-Air puzzle. The parallels are astonishing. All that is asked of the reader is to consider those parallels in the context of the Pel-Air event. I will finish with those quotes from that rough ‘report’; but I would ask that you consider the following. Pick the international ‘heavy’ carrier you prefer; then consider ’how’ their Captains achieve that rank. I can, if you permit it, save you some brain work. It is simplicity itself – they train ‘em. Train ‘em hard, long and often: then they send ‘em off with ‘experienced’ Captains, first as ‘second officers, then as First officers who eventually progress to Captain. The great big skies and far off destination gambit is not an environment for aeronautical children, not when fuel, weather and ‘the law’ and company SOP and the bogey man haunt the night skies and Murphey is everyman’s co-pilot. Airlines, like Qantas, take extraordinary pains, learnt from hard won experience to make absolutely certain that a brand new Captain, taking out his first long haul flight has had the benefit of watching, then helping experienced airmen doing the job; properly: in all manner of conditions, circumstances and, occasionally, danger. Danger not only in an operational sense, but in the ‘legal’ sense. Flying a modern aircraft these days is much more fraught with legal peril than it is of some of the more ‘life threatening’ dangers of the past.

The aircrew involved in both the Lockhart and Pel-Air accidents were, theoretically, to be afforded the protection and support of an over sighted, sound company operational, administrative and maintenance infrastructure.

The aircrew involved in the accident were, theoretically, to be afforded the protection of a fully functioning Training and Checking System to prevent potentially dangerous, unsafe practices and procedures becoming the accepted ‘norm’.

The aircrew involved in the accident were, theoretically, to be afforded the protection of a Safety Management reporting system through which anomalies, potential and real hazards to operational safety could be brought to the attention of and addressed by management.

The aircrew involved in the accident were, theoretically, to be afforded the protection of a routes and ports SOP which, through developed experience would provide clearly defined limitations for instrument approach, aircraft speed profile management and highlighted potential areas of high CFIT risk management.

The aircrew involved in the accident were, theoretically, to be afforded the protection of properly constructed Company Operations Manual (COM) which, as a last resort would supply the information required to enable an aircrew to safely and legally conduct any proposed operation.

1) The company directors are aware of, and have considered pertinent regulatory material and acknowledge, that as a Company officers, there is a duty to exercise care and diligence under the Civil Aviation Act 1988 (the Act) [CAA 28 BE], with regard to the activities conducted under the Air Operator Certification.

2) The Chief Executive Officer (CEO) as “the operator” is to ensure that the company obligations in relation to flying operations are met, conducted in compliance with the regulations and in the manner prescribed within the Company Operations Manual (COM).

I ask you consider the James case in these terms. A veritable ‘babe-in-the woods’. Absolutely NFI of what could go wrong, no experience, no training, no mentoring, no back up. You could be forgiven believing that the CASA would see the gaping holes in both system and safety net. They failed in the Pel-Air case as badly as they did at Lockhart River. There was suspicion of a second agenda in the Lockhart affair; there is deep suspicion of a second agenda in the Pel-Air debacle; but it goes deeper than that. When you begin to compare Pel-Air to Airtex; or even Barrier Aviation, the whiff of honesty putrefying in the dark corners and the stench of long dead integrity becomes (IMO) too much to countenance.  The minister knows this, the PMC and the DoIT know it, the Senate committee know it. At the end of the long weary shift, there is only one question which demands an answer – why do they tolerate it? Most folk clean up a mess dumped on their doorstep. 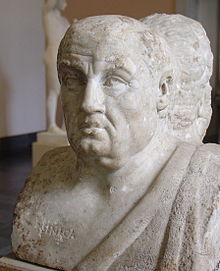 Shall I tell you what the real evil is? To cringe to the things that are called evils, to surrender to them our freedom, in defiance of which we ought to face any suffering. – Lucius Annaeus Seneca

Not too many laughs this Sunday – sorry about that; but Aunt Pru is vexed, and wants this out there, in public and dealt with. The tooter the sweeter. But now, the day is my own – the Gazette out early; domestic tyranny has abated; repairs all done, the dogs are bathed and, with any luck at all, a load of very old Cedar (Australian) and Sandalwood will arrive after second coffee; one soft and obliging, ‘tuther a beast; can I meld them into something of use and purpose? We shall see..

The poorest man may in his cottage bid defiance to all the forces of the Crown. It may be frail — its roof may shake — the wind may blow through it — the storm may enter — the rain may enter — but the King of England cannot enter — all his force dares not cross the threshold of the ruined tenement! (Pitt).