Well; just a little rebellion then?…. 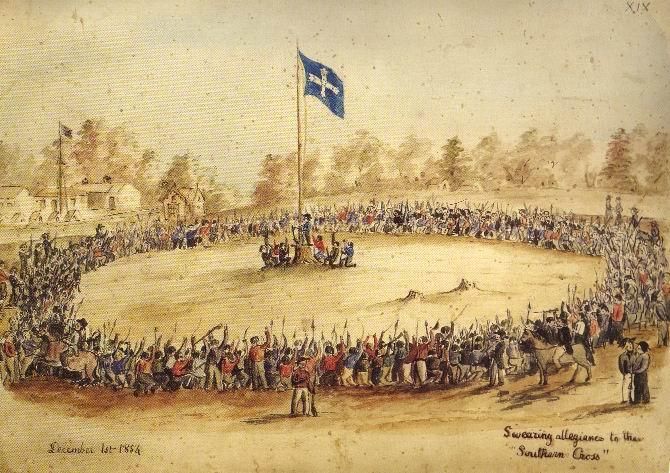 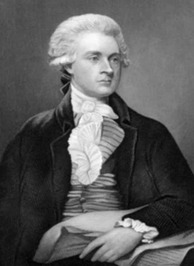 “I hold it that a little rebellion now and then is a good thing, and as necessary in the political world as storms in the physical. Unsuccessful rebellions indeed generally establish the encroachments on the rights of the people which have produced them. An observation of this truth should render honest republican governors so mild in their punishment of rebellions, as not to discourage them too much. It is a medicine necessary for the sound health of government.” ― Thomas Jefferson, Letters of Thomas Jefferson

It seems to me that aviation folk have just about had as much of the current ‘governance’ as they are prepared to tolerate. Whether the incumbent minister likes it or not, whether the top deck crew of the aviation oversight industries like it or not; or even if those protected species which survive and thrive within the deep dells and swamps of Sleepy Hollow like it or not; there must be a change – for the better. It would be most sensible for those who are currently in a position to make the demanded changes do so, if not willingly; then with good grace and a sense of self preservation. This rather than have those changes rammed down their ever open gullets. The cost to this nation, standing alone, is outrageous; the notion that the industry and fare paying passengers must provide the gelt required is unsupportable; and, the decimation of a vibrant tax paying, job providing industry smacks of lunacy.

Yet for some thirty years and after millions and millions being spent on ‘inquiry’ into the current system, despite industry representation and expertise being offered and many, loud, long protestations made against the ludicrous edicts of the oversight agency – not one solitary meaningful, real change has ever been made. Certainly nothing of benefit to industry or the public has been decreed, placed into law or even contemplated. Sooner or later, the camel’s back will quit; or, the worm will turn.

Two heavy duty revolutions and several small ones have been sparked by oppression, fee gouging, stupidity, a refusal to understand the basic ‘complaints’ and abject failure to address those elements. 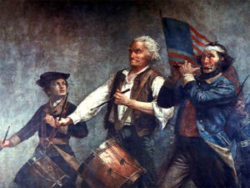 Thought Co : ”Essentially, it all began as a disagreement over the way Great Britain treated the colonies and the way the colonies felt they should be treated. Americans felt they deserved all the rights of Englishmen. The British, on the other hand, felt that the colonies were created to be used in the way that best suited the Crown and Parliament. This conflict is embodied in one of the rallying cries of the American Revolution: No Taxation Without Representation.” 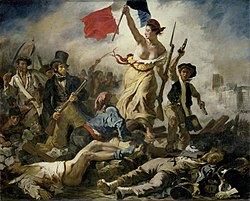 History lists : “The French Revolution was a major event in modern European history. The causes of the French Revolution were many: the monarchy’s severe debt problems, high taxes, poor harvests, and the influence of new political ideas and the American Revolution, to mention only a few. Starting as a movement for government reforms, the French Revolution rapidly turned radical and violent, leading to the abolition of the monarchy and execution of King Louis XVI. Though the monarchy was eventually restored, the French Revolution changed France and the rest of Europe forever. It inspired a number of revolutionary movements of the nineteenth and early twentieth centuries that made the final end to institutions such as absolutism, feudalism, class privilege and legal inequality, and spread the principles of natural right, equality and freedom throughout the world.” 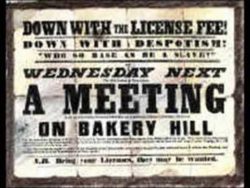 Ergo : “The Eureka Stockade was caused by a disagreement over what gold miners felt were unfair laws and policing of their work by government.”

The folk involved in those wee contretemps were pushed beyond limits and were left with limited options. Just so for the downtrodden aviation masses; the first and most essential supporting pillar – finance – simply shuffles off and takes their money with ‘em. Try it once, try to get finance for any sort of ‘aviation project’. You work out a perfectly valid business plan for the operation, which makes sense to all: then comes the tricky bit. When you explain to potential cost in criminal liability, the time and money involved in gaining ‘official’ approval for the proposed operation – watch closely – as the ‘money’ pays for the coffee and ambles off to buy a cat house, or even a block of flats. This is not venture capital they say; ‘tis adventure capital. Investors like to see the return on a three year plan – not wait a year or more for an ever increasing cost of approval to operate appear. You’ve all heard to old adage – if it floats, flies or fornicates – hire it, pay for it and walk away when you’re done.

So great changes are needed, beginning with the un constitutional Act, encompassing the risible, disparaged and despaired of ‘amateur’ rule set, writ by junior flying instructors, ending with the way the regulations are ‘enforced’ by amateur, wannabe police officers. It is a bollocks, an ugly, misbegotten aberration which must, if this industry is to continue, be addressed – and soon. “But by whom?” Asks the man at the back of the room. It is a fair question, the answer to which demands, at very least, a complete reform of the regulator. The anathemas of the past may; nay, must be politely and quietly buried provided an accountable, professional agency is raised from the grave. The current crew of misfits and sociopaths need not apply. A minister for aviation and a ‘reform’ CEO – sans ‘Board’ would be a ducking good place to start.

“For whoever believes that great advancement and new benefits make men forget old injuries is mistaken.” ― Niccolò Machiavelli, The Prince

What we have at the moment is an obscene parody, dedicated to covering the ministerial arse and sucking as much money, power and control out of the system as possible; without any form of accounting or accountability. If (big IF) the current Senate committee were a little more use than a chocolate firewall they have the perfect time and opportunity to make this happen – before the finance and interest in a thriving industry departs for more lucrative, less hostile environments: far removed from the likes of Chester and Co.

“Do you operate or conduct business under any other names?”

“It ought to be remembered that there is nothing more difficult to take in hand, more perilous to conduct, or more uncertain in its success, than to take the lead in the introduction of a new order of things. Because the innovator has for enemies all those who have done well under the old conditions, and lukewarm defenders in those who may do well under the new. This coolness arises partly from fear of the opponents, who have the laws on their side, and partly from the incredulity of men, who do not readily believe in new things until they have had a long experience of them.” ― Niccolò Machiavelli, The Prince

“Enough talk of revolution, fraud and villainy” says the opposition team, watching the score against ‘em rise. “What else is there?” says I, “Parts 61, 91 or CAO 48.1” thus closing down that discussion. The talk at the dartboard then turned toward the Senate committee outfit and those associated. In particular our overseas visitors were intrigued by the amount and scope of the recommendations which had been arbitrarily dismissed. Being from the USA they were stunned that those recommendations were simply held as ‘opinion’ and; that no one seemed to be in any sort of rush to meet the changes demanded. When we told them of the Forsyth report and the TSBC reviews, the silence was stunning. Honestly, I don’t think they believed us; but P2 provide a flash drive to their ‘leader’. Bless his socks – he rang me last evening – “this is ducking unbelievable” says he. “Wait till you get to the ICAO sections” I replied. Aye well, he at least has some reading for the long journey home – tailwinds old son. 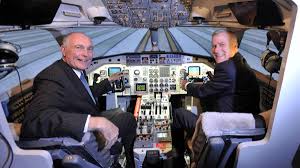 It is good to see that the Dick Smith campaign has got some legs and the AOPA has weighed in. There’s to be a gabfest in the city of Wagga Wagga with Dick as the primary speaker. This, is a very good thing and it is what Dick does best – brilliantly even. I understand that Heff, just up the track, near Junee, has been invited as has the inestimable Fiona Nash of Pete the Pot Plant fame.

Wow! How good is that? You may not be able to get there; I know I can’t, alas. But the time is now to support this effort; it may not be a revolution – yet; but from small acorns etc. Wish ‘em well – send a text; a fax; or an email (if your NBN is working today) it is a worthy cause – entered into on your behalf without costing you one cent. Bravo Dick – break a leg… “How have you been surprised in this same way: gotten valuable learning from people you assumed had nothing to teach you; help from folks you thought were completely unhelpful; wisdom from those you thought unwise…?”
15 Surprisingly Great Leadership Quotes From Machiavelli – Forbes

Revolting against the revolting is thirsty work; I know (for certain sure) that there are fresh from the oven Blueberry muffins in DT’s domain, the dogs are lined up at the back door already. A second coffee a muffin (or two) then I’m off on an exploration mission. The thing is beyond salvation, at least 200 y.o, a hand made ‘Welsh’ dresser, or it was; but the timbers are beautiful, so I shall un-make it and salvage the inch thick, 10 inch wide, eight foot long boards, true ‘em up and rebuild the thing as it was when made – replacing and repairing as needed. Can’t wait; and my rotten, unreliable NBN connection is threatening to collapse, yet again (hence early posting). Don’t care. “Away to me dogs – get on with ya”. Exeunt stage right – “Oi, which one of you buggers has my other boot” – heard fading away across the orchard, (dogs giggling in the background).

“..It started out small
Silent creeping round and round
Whispers in the night.
Things left unspoken.
Things left unthought.
The thought was always there
Thinking, growing, forming, twisting
Taking root, until, one day…” – Revolution: A Poem.