There’s two ends to a plank. 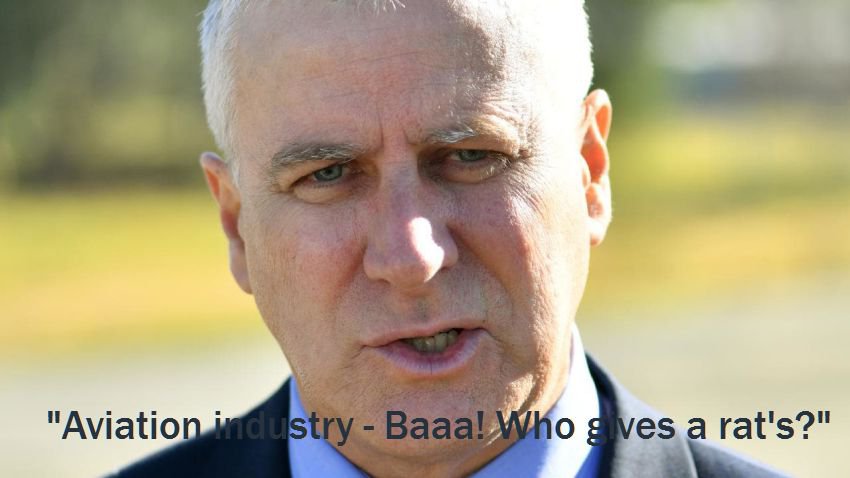 No matter where the term originated; – or, how one manages it – there are always two ends to a plank. My great Grand Papa probably said it to his son, who said it to his son, and so forth. I was 11 y.o. the first time I heard it. ‘Twas a 2” thick, 8” wide, eight foot long thing. The ‘men’ on the job all stopped to watch – and yes, I paid the price for thinking that my only concern was the front end – while I forgot, entirely, the geometry of the thing; took a while to live that down. In my defence M’Lud, it must be noted that I only did it the once; and, thereafter, heeded Tom’s advice. It seems to me that CASA; or, the minister responsible; or, both, have not. So, I’ll reiterate – “there are two ends to a plank”. CASA have been so very busy, watching where the front end is going, being careful not to biff anything, they have completely forgotten that the arse end of thing is doing untold damage – all left behind in the name of forward progress. This level of juvenile, enthusiastic endeavour always has consequences – to wit – the current buggers muddle. The damage left behind, by the back end of the CASA plank is incredible; the minister is tied, haplessly dragged along, by the back end (as in last to know). Whoa – the front is turning left – what; pray tell, is the back-end smashing into? Watch and learn – as CASA manage ‘a plank’. (from 4.00)…..

Hitch – “Not only has CASA not shown their working out on this, but the solution seems to create more problems than it addresses, which hints at guesswork. And if CASA really operated using sector information, they couldn’t possibly have come up with the legendary debacle known as CASR Part 61. With all this in hand, the general aviation community is not listening anymore, but it is watching. Words aren’t worth actions, and actions are what GA is looking for. There are signs that CASA is starting to take note of the damage its policies have caused in the past, but there’s a long way to go yet. We need to get into a position where the GA community tells CASA they’re goodfellas, not the other way around.”

When (if madness grips you) you decide to kick off an air service, you need to do the homework very, very carefully indeed. Particularly the mathematics, large spoonful of true cost reality is essential. There is a need to factor in stuff that may be looming in the future, then, if it comes to pass – you’re covered – if not then, you are ahead a few pennies to save for a rainy day – not a new Porsche. Shit happens all day, everyday in commercial operations. The crap-list is long, varied and most of all – unknowable. The adage “how do you make a small fortune in aviation? – start with a large one” is an old one. Why? Well because it is often proven accurate. I know; I’m rambling – but, the point is – that if you think private aviation and non airline commercial aviation is taking a battering through the CASA imposed ‘safety costs’ then think how it must be hurting the bigger outfits – like Rex. 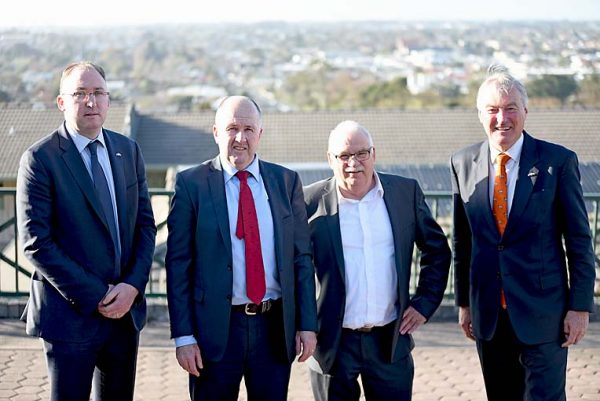 John Sharp is no mans fool and no whinger either – he understands the ups and down, swings and roundabouts; and, to boot, he has a board of directors to answer. There are only so many costs the financial model can carry before fares must go up. Dense politicians, resembling punch drunk sheep, living in the CASA dreamtime, just don’t seem to get the messages at all. What if the financial interests in Rex decided they’d had enough and shut the doors? A million on the overnight money market earns how much? A million! – in an airline operation, chump change – no brainer really. This government needs to wake up, take some responsibility, and set about earning the country some aviation money. Got to be better than throwing countless tens of millions away on a loosing gambit. You have to wonder – just what, in the seven hells, government is trying to do – apart from being re-elected (of course).

CASA in 2018 with Deputy Dog Crawford: 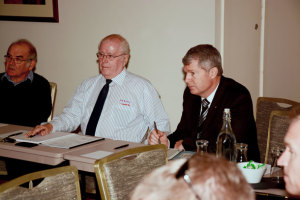 “..The longer government, government departments & its agencies procrastinates over aviation the longer it will be before positive action is taken to stabilise rural Australia…

…A positive is the Department sets policy, Board will direct CASA, Government supports most of the ASRR Report…
…However, a badly structured Civil Aviation Act is still fundamentally what is wrong with the current system…” 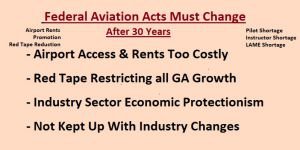 Aye. While I’m ‘in-the-mood’ lets look at some of the everyday, drive you nuts items. ASIC s a good place to start; useless as a chocolate firewall – except to those who make a buck out of it – and plenty do. A feel-good placebo to placate the frightened masses of VOTERS. The ASIC will trump the bogey-man, every time– Bollocks. Then, there’s part 61 – a triumph in safety legislation; Bollocks. Part 142 which allows some schools to charge and charge again from the debt ridden hopeful who may have qualified – but took the next bus into town and never looked back.  We must not forget the almost imbecilic CAO 48.1. If ever a load of bollocks ridden ‘safety jargon’ was spun up to placate the public – this is it. The tales I hear – beggar the imagination. Minister – AUD $400,000,000 spent and thirty years taken to produce one of the worlds most unbelievably amateurish, idiotic, unworkable, expensive, non ICAO compliant, not safety friendly, not able to be complied with rules sets. Really? and then you want to ‘foster and promote’ CASA as ‘friendly’, helpful and top draw. Pull, the other one, the one with bells. Law, scripted by idiots, enforced by one of the worlds most dysfunctional, dishonest, perfidious outfits – all to support a terminally useless minister, who could not give a flying rats arse if the next time Qantas really, not nearly, stack one in Mildura – provided the ministerial arse is covered. WTD I ask you – WTD do you think you are playing at? 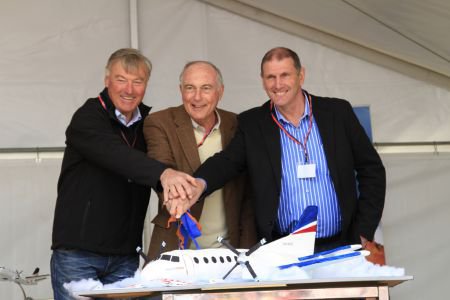 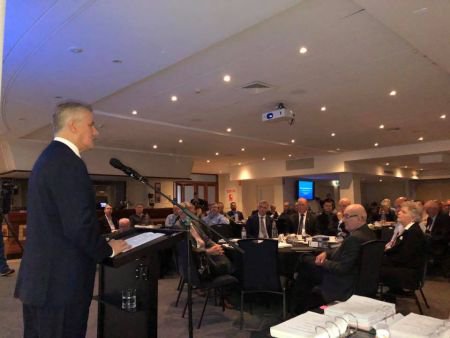 Fellahin like Truss, watz’is name and the latest ‘genuine’ punch drunk sheep look-a-like competition winner – him: yeah, him what went to Wagga (you know) and wasted a months pay for a working man doing SDA except try to convince an industry the he ‘was’ (past tense?) genuine, sure he is – genuinely full of it; and, ‘it’ shows. All same-same, weighed, measured and found wanting in the fundamentals.

This pantomime CASA are defending costs a squillion to run, the budget of a small country; and for what? Crap systems, useless rules, criminal penalty for non-compliance (untested) without recourse. It is a national disgrace, it is injury and insult combined enough without the likes of Aleck and his few remaining marbles, aided and abetted by a creature like Crawford telling us ‘they are on the ball’ and all will be well. Sure it will – but only for those ministers protected by one of the worlds most lucrative protection rackets. FCOL – enough with the smoke, no more mirrors; and, please, for pities sake, stop the unmitigated flow of slurry coming from the bowels of Crawford. FDS we are drowning and dying in the stuff. Three decades of it miniscule. The system is rooted, beyond redemption. Hire some professionals, stop the bullshit; and, change that bloody Act. FDS JUST GET ON WITH IT.

Ooof – I feel for this keyboard – yup, that was quite a pounding. But sending the likes of Crawford out to try and tell us “what Good-fellahs” CASA are and how they are trying to control the back end of the plank – is simply at the giddy limit of even ministerial horse-pooh.

No matter, the old cast iron stove is glowing, the sandstone walls are warm, the hardwood workshop floor freshly polished, the brass gleams and the tools, quiescent in their safe homes, simply awaiting my beck and call to proper task for a man’s mind and hands. Timber, sanity, solitude and an Ale with Tom later beckons. All balm to a much offended soul.

P2 – AP this week has a definite sheep and sheeple theme happening, so for a laugh –