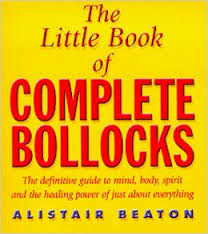 The evidence is before you; I say the bundle provided by P2 takes the matter beyond reasonable doubt.  The Australian people are being ripped off, ICAO is being conned and the aviation industry not only foots the bill for this aberration, but must suffer the consequences of a failed safety system. To explain, why – in simple terms, we look to a 12th century rhyme, for clarity. It is old, the reason it has survived the test of time is that it is so fundamentally correct.  So far as it goes

Quote:Wiki – a proverb, having numerous variations over several centuries, reminding that seemingly unimportant acts or omissions can have grave and unforeseen consequences.

The ‘proverb’ quintessentially defines accident investigation and the radical cause of the accident.  One can quite easily see where the causal chain began and the end result. There is however a flaw in the proverb.  Like the ATSB reports, the poem needs the second verse, to clarify. In an aviation sense we need to know why the ‘nail’ was lost; how was it lost; why did no one notice; who was/ is responsible for checking that the shoe was secure; was the correct nail used; was it ignorance or laziness? Was it an organizational or systemic failure?  Clearly the reason for the loss of a horse was a result of a systematic failure; but the loss of the kingdom was purely an organizational failure.

You can see where this is going – we know the kingdom was lost; we know where the chain of events began; what we don’t know is how the loss came into being – or; what has been done to prevent the same thing happening again.

We need to know why the shoe wanted a nail.

This is the question Fawcett asks – the question Beaker dare not answer.  He’s buggered, whichever way he goes, but; if the problem was only skin deep allowing the truth of a flawed report to be seen, then perhaps all was not lost. Alas, he is confounded by the ‘Hobson’s choice options, non of which bode well.  If it was ICAO asking the questions David Fawcett was, ATSB could point at their artificial, desk-top generated record and slither off the hook.  But it ain’t.  Fawcett knows as well as we do exactly what is going on, where the skeletons are buried, how many there are and who put ‘em there.  Whether it was though grace or political expediency to save embarrassment, ATSB and CASA were allowed a second chance to get their ducks in a row.  Did they take the action required?

Not bloody likely; they mistook kindness for weakness, grace for forgiveness and then set about ensuring they would never get caught out again. Apart from some tawdry window dressing nothing has changed; not in essentials. M’lud, I say the proof is contained in the reports ATSB produce and pass off to the world as adequate to task, under a system which has gone far beyond all sensible Reason.

When I was young, the stories of palaces, kings, hero’s and evil grand viziers were a favourite, because in the end, the wicked vizier and his twisted magicians always got there comeuppance.  In faery tales, good always triumphs, the good guy survives, puts a band aid on the wounds, grabs the money, gets the damsel and buggers off into the sunset. Now, with experience, I can see where I was led astray; it is not so easy to shift the evil viziers; they are entrenched, have stolen the power and the kings ear.  Once, I asked my Papa “Why are the movies not more like life?”  He smiled, then said  “wrong question son; better to ask why is life not more like the movies?”  Never did quite figure that one out.

Aye; P2 was bang on the money, non of the accident/incident reports eventually presented withstand a close examination. Which leaves us still wondering how the ATSB can attain such a high ICAO score after the Canley Vale and Norfolk debacles, and Mildura, and the ATR and a whole list of ‘other’ matters which have been delayed, deferred or degraded to ‘minor’ or insignificant. Manipulated, to tick an ICAO box; and, ensure ministerial comfort of course.

Right then; boots, dogs, smokes – check – Out of here; need some fresh air, solitude, peace and perhaps a coffee, far away from the library files.