The mills of the gods. 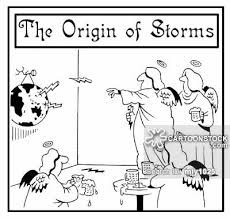 The mills of the gods.

In English it appeared in George Herbert’s Jacula Prudentum (1640) as “God’s mill grinds slow but sure.”

Not likely to attract much in the way of ‘international’ attention, but for the Australian aviation industry an important announcement has, once again, rolled the dice for the future. The position of CEO – CASA is to be advertised. Without delving into a long story or detailed explanation, it is difficult to describe the ‘power’ and ‘influence’ the position carries. The results of what most believe to have been a series of ‘wrong’ choices are reflected by the lack of regulatory and management change for better; or reform of attitude, methodology and execution of duty. Paul Cleary, writing in ‘The Australian’ broke the news and the RAAA chief executive Mike Higgins, calmly, succinctly and professionally reflected the majority view point.

“His breadth of experience will serve RAAA members well in many areas, but it will be particularly valuable as we work with the government and the regulator to solve the huge problems caused by recently introduced legislation and participate in the development of new regulations”

Without a serious intent to reform the regulator, to strip away the layers of ref-tape; or, to finalise the endless chain of flawed regulation and to decriminalise those regulations; the ‘new’ appointment is of no consequence. We may hope for the best, but must be prepared to accept the worst. ATSB are taking a very low profile on the MH 370 story line, seemingly determined to forget it ever happened. We have all been wondering just what, if anything, ICAO make of the ‘non compliance’ stance Australia seems determined to pursue. Many wonder why, with so many differences Australia even bothers to belong to the ICAO, the lacklustre performance of the ATSB certainly high lights the ‘attitude’; in particular toward Annexe 13, salt water and black box recovery. The shade of Pel-Air now joined in ignominy by the ghosts of MH 370.

Not that it’s all rosy in the Air Services garden either; there are some serious people asking awkward questions about ASA the management methodology and the financial situation. It will, IMO, be an interesting Senate estimates session – once the answers to the questions have been gathered and analysed. Meanwhile, the ATCO’s do the best they can and the system stumbles along blindly, hoping no one notices the shambles hidden under the brand new cloak.

Been more of a wait and see week as parliament grinds back into gear. The holiday season not enlivened by the announcement of new, exciting start up aviation ventures or new aircraft arrivals; which to me at least, speaks volumes. But the who, in the current atmosphere would invest in aviation – apart from the developers, desperate to buy our ‘glow in the dark’ airports; save a fortune on street lighting. Aye, there’s always a little ray of sunshine, somewhere.