The Apocalypse? Sorry. You missed it, that was last week. 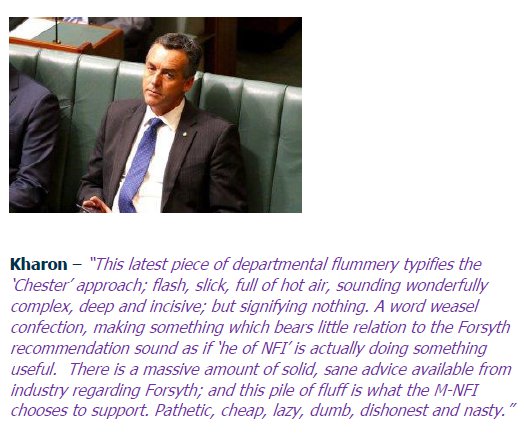 Of all the government manufactured headlines this week the glorious truth is accurately, for once, reflected in the headline. Rumour has it that ‘minister’ has modestly declined to acknowledge the leadership role he played in achieving this remarkable feat, preferring instead to allow the CASA to take the kudos.  At the nations major city secondary airports the number of noise complaints has progressively dropped to record lows, which makes not only the Greens happy, but the land developers who are already making plans for shopping centres and big blocks of flats, ecstatic.  Those who bought ‘cheaply’ near to these airports, then began a campaign of whining about ‘noise’ are hoping to sell at a profit, so they can buy in a less noise affected area.  Yes, it is indeed a red letter day for the minister. Of course there is, as always, a lunatic minority protest. This outlandish protest is based on the scurrilous notion that complaints are down only because the aviation sector is not flying – moribund: stifled by government red tape, costs, draconian rules and mass embuggerance.  This , as the minister will happily tell you, is just a few tendentious bloggers making trouble. Rejoice Australia, the future of aviation is in good hands.

Then, to add the gravy, in one of the most shamelessly manipulated headlines of all times, the minister has announced that the ‘burden’ on aviation has been dramatically reduced – No doubt heads will roll for placing the minister in such an embarrassing position. For there is not a scrap of real reduction in the whole package.

One of the ministers great concerns is the shabby attempt to pull the wool over the nations eyes by the ATSB. Rumour has it that he knows that aircraft banging into each other on the ground is a very dangerous thing. But those rascals in the ATSB are trying to pass off this increasing trend as ‘light contact and of no significance’. The minister has carpeted Hood and demanded to know why the repeated incidents, developing a concerning trend, have been treated in such a Cavalier manner. Seriously, who’d want to be a minister when 150 tons of aircraft and 300 odd people go up in smoke, next to the terminal building full of people and a ramp loaded with aircraft. Conflagration city or what?

Australia’s struggle to avoid compliance with ICAO continues, unabated. Despite the bullets flying and other nations becoming more ICAO compliant as good sense overrules a unique approach. The mighty pile of ‘differences’ remains untouched as tiger teams set about redrafting the redraft of the rewrite of the amendment to the amendment which was made for the second version, which needed a redraft. They will, one day win the battle to get the proposed rules into law.

In other news, the mighty AMROBA continues to confound the ‘government’ experts with common sense and logic.  In concert with the united TAAAF group the attempt to bring sanity into Australia’s aviation regulations continues, despite subtle attempts from ‘the establishment’ to divide and conquer, as they done so many times before. The battle continues, with Dick Smith and friends cheering from the sidelines.

If you do nothing else, try to catch up with the MH 370 mystery and the Mike Chillit data. This remarkable man has, almost single handed, debunked many of the myths and produced data which, in all probability will redefine the search are. It is anyone’s guess what will happen next; clearly the search cannot just be abandoned, not until data, such as Chillit’s has been examined. Should it prove to ‘accurate’, then there is little excuse for not continuing the search.  It is not just the ‘families’ who need to know what occurred; the entire aviation world needs to know, simply as a matter of public safety. What if this event happened again?

There; I’ve reached the end of my page, happy Sunday reading.