Speak softly; yonder, as I think, he walks. 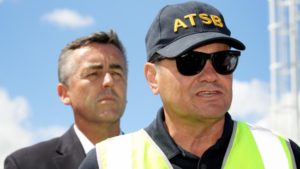 HVH – “..The other point I might add is the ATSB is very much the canary in the mine—and let me tell you, we will sing..” 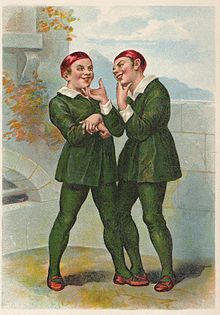 The Comedy of Errors – Wikipedia

“I wonder; was he promised Halfwit’s job?” Not a question directed at me – more like thoughts being spoken aloud. It’s early in the evening, P7 is staying overnight (there’s to be a BBQ). We have retired to the sanctity of the workshop, P7 has his favourite armchair, I’m at the workbench, gently dismantling a very, very old grandfather clock case which is in need of some TLC and repairs, so I hardly heard the words as they floated off into the sunset. I waited; sure enough – “it’s a bloody disgrace.” This little storm has been brewing for a while now, the BRB keeping pace with the P2 research have drawn some pretty damning conclusions, which is bad enough, but to watch as the press aid and abet confounding the travelling public is grating on a lot of nerves. Most of the media (with notable exceptions)  ain’t doing it knowingly or even willingly, they are as easily led as the public and almost duty bound to publish whatever rubbish is spouted by the safety agencies and their acolytes. Silence reigns for a while. “It’s a hard game to stop” says I. “Even so” says TOM – “we have to try”. I can see my Sunday plans disappearing like the millions wasted on producing nothing of practical or intrinsic value in the way ‘reform’ and safety report.

‘The great game’ is essentially a confidence trick, played by the top ranks of ATSB, ASA and CASA. One has to admit, it is played very well; slick, smooth, practised and it has stood the test of time, a proven winner. Well, it is, they have never lost a hand yet. “Pay no attention to the man behind the curtain!” It goes something like this. Chester 6D provides the quintessential case study and a superlative example of ‘the game’ at it’s best. The raw material was readily obtained:-

“Alas, these days government ministers are little more than expensive parrots, endlessly squawking the day’s party-political talking points without understanding them, in the hope they’ll flap their way up the greasy political ladder to ring their little bells on the top perch”.

There are big, serious, ugly problems within the Australian aviation world which should be dealt with. The problems have been around for better than 30 years, the government solution is to simply throw more money at them and hope the ‘experts’ can keep the lid on those problems, long enough to get the government, the incumbent minister in particular, off the hook.

P7 – Nah! – wrong way round P2. The minister is always the first protected; otherwise – what use are ATSB and CASA – if not to protect the shiftless, lazy, only interested in retaining power government. Many governments have had an opportunity to resolve the three decade long problem of ATSB, CASA and the “safety” argument. All failed; beaten by a bunch of ‘expert’ opinion which they have never gainsaid or even bothered to question. Why would they ?– they’re safe behind the Iron Ring. That class of top cover costs a fortune and the tax payer meets the bill – all in the name of “safety” of course.

You can actually sit back and watch the current game developing, advert free. The opening gambit is readily seen in the media – see: there’s Hood, doing a Geoffrey Thomas (he of Sunrise fame). This is not a top quality act, but ‘twill suffice. Firstly, we must examine the ‘props’ used, the title for a start will impress – ‘top dog in the Australian Transport Safety Bureau (ATSB) and a natural performer. Always seen looking ‘windswept’ and interesting, dressed in his canary yellow vest, wearing his ‘courage’ wrist band. The ‘shrinks’ would have a field day with that little lot, no matter. The long suffering public will not know the lack of qualification, or the association with some of the most disgusting ‘Acts of bastardy’ which hover about the ‘windswept’ visage. They will have no concept of conflicted interest or even ‘departmental’  manipulations. No; they just see the ‘fluff’ and hear the soothing words, reassured; they happily hop on the cheapest flight and toddle off to booze in Bali. For the incumbent minister, this is solid gold. With the ‘public’ alarum assuaged, confidence is restored, the whole thing calms down and the party continues. The trough dwellers return to Sleepy Hollow, safe in the knowledge that their expert advice has worked it’s magic and the never ending flow of money will keep the reform game going for another decade. Public lulled into the usual somnambulic state, the minister all relaxed, basking in public confidence and; blow me down – everything is rosy again.

“Practise your confidence tricks on the street and you risk getting shot by trigger-happy security guards; do it in the office and you get put on the board.” ― James Scudamore, Heliopolis

The best and probably the only way to beat the game is through deep research and ‘dot joining’. Of course that means reading and head scratching; not for the feint hearted, the shiftless or the lazy. If the cap fits – wear it. 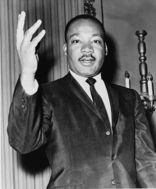 “Nothing in the world is more dangerous than sincere ignorance and conscientious stupidity.”― Martin Luther King Jr.

The question begging is which path will Barnaby take? Well children, for those brave enough to take a flutter, the tote board is open for business  and once the BRB have firmed up the field – Aunt Pru shall have it.

P7 – (not so sotto) “I said I wonder; was he promised Halfwit’s job?” “Probably” says I “but remember why Canaries were taken into a coal mines, not gold mines.