The plaintive call of a desperate pub Landlord at the end of the night. A long night indeed. It is time to wind up, close down and send the punters home. That singular call should be made for the CASA – it’s time this session was over. They’ve had a bloody good innings – but it is now time to wind it up; taxi’s all around and let the cast and crew clean up the mess left behind. Ready for a new start.

The mess left behind from the CASA party is monstrous, nasty; legally and operationally dangerous. The litter from parts 61,141 and 142 strewn about the place is grotesque. A minister exposed as part and parcel of the fraud – albeit a hapless puppet in one of the greatest swindles ever inflicted. He may yet be forgiven, although ‘ignorance’ has never been considered as valid excuse. However, the total part 61, 141 and part 142 ‘scam’ has yet to be revealed. Artfully hidden behind the ‘safety’ guise; the whole thing is almost – but not quite believable. It would (and did) take ‘experts’ years to decipher the ‘spirit and intent’ of the legislation, let alone work out the subtle machinations behind ‘the scheme’. 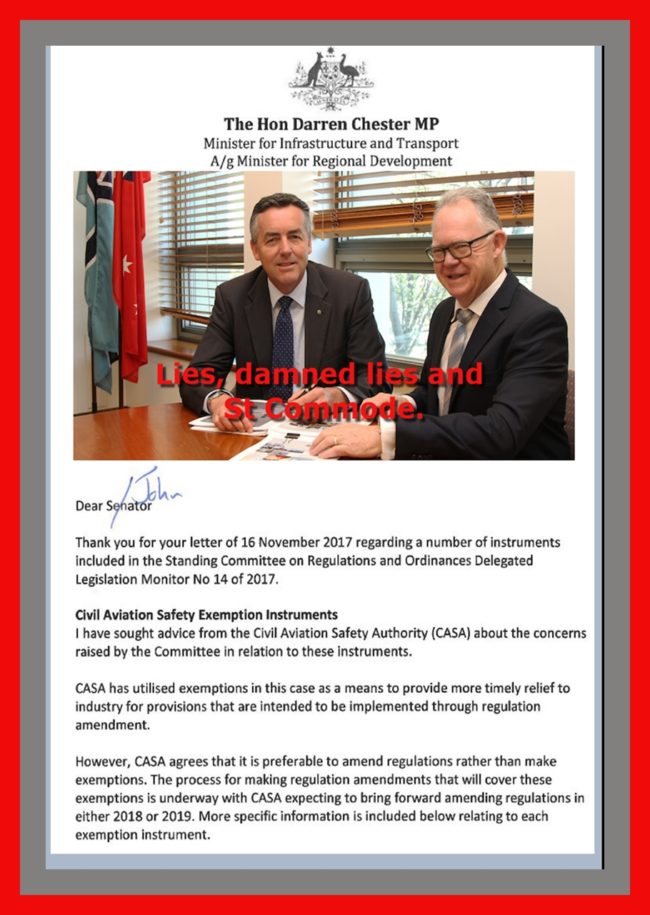 One of the very first system checks any flight crew makes is to ensure that the Shit/Fart separator is functioning correctly. Get’s awful when that particular element fails. Strongly recommended procedure for know nothing – do little ministerial types (or wannabee’s). Same as Ducks. Shove your finger into a sensitive spot – if it quacks – no bullshit – it’s a DUCK.

Hitch – “There are probably two main factors behind it: Part 61/141/142 and a growing nervousness about the stability and viability of some businesses”.

“Yesterday CASA released some ‘clarifying advice’ on what happens when a student pilot wants to change schools.”

Finally; the first world catches up with the nuts and bolts of the madman’s scheme. Jonathan (he of the lost marbles’)– has orchestrated his grand design into an almost cataclysmic event. A total breakdown of the traditional, world wide accepted, proven system of pilot training. Part 61 is an almost incomprehensible rag bag of legal gobbledygook. Parts 141 and 142 are already showing the loop holes which can be, and are ruthlessly exploited to provide an expensive, sub-standard product. The ‘hard’ part for the minister (and Buckley) is that he was conned into open support for this grand fraud being perpetuated on not only ‘students’ but, on any future accident directly related to this aberration. 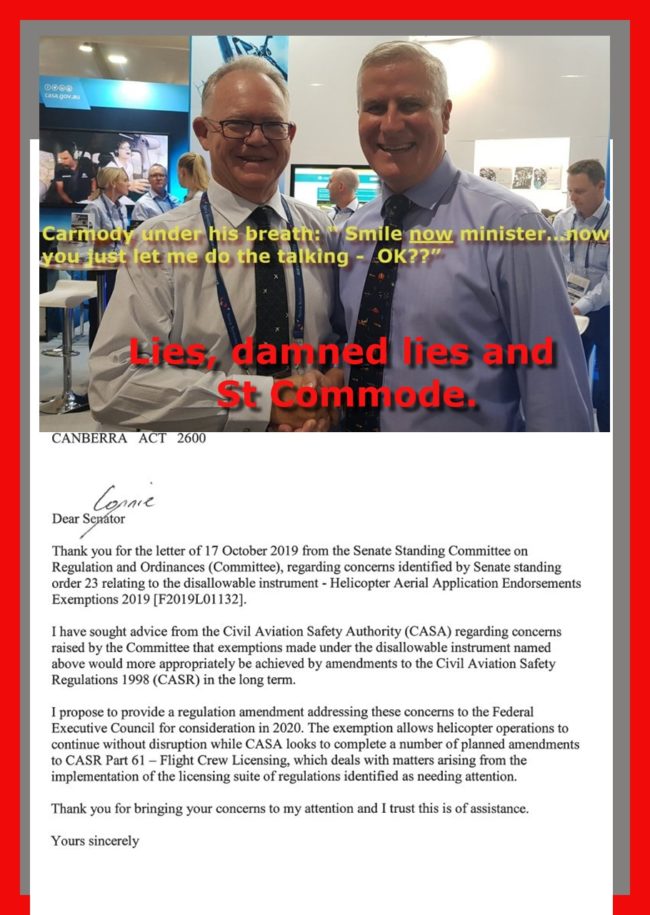 I’m not sure of the numbers; but, I’d bet a beer that the USA trains between three and four times the number of pilots Australia trains. Their training system is clearly defined; the results freely available. The thing of most concern is the pilots we are producing – those who will in a few years be commanding aircraft carrying hundreds of passengers. How long will it be until we know what they ‘don’t know’? We can no longer rely on the integrity of the ATSB to investigate and publish ‘the facts’ – let alone the root cause of fatal accident. The evidence M’lud is in front of you. Yes it is; no good will come from denial. 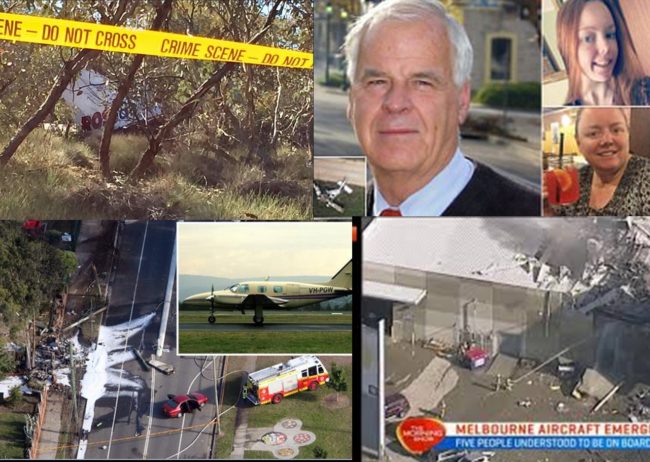 Let me explain – when the truth of the Ross Air scandal emerges, when the real facts of the Canley Vale fatal emerge; when the media has hold of the information ATSB has suppressed on Essendon. Even down to such a small event as Mt Gambier when the ‘facts become public knowledge – arse covering (or do something) is recommended. The unholy machinations; through ‘political’ connections and suspected interference – will become known. All– to protect a known miscreant?– Well: I’ll leave that to your imagination will I minister. For the facts will become known – we know ‘em. Gloves off – enough with the bull-pooh already. Aunt Prue’s instructions clear. Leave the gun – take the Cannolli.

There is to be yet another “Senate Inquiry”. There have been many others –non of which identified and rectified the ‘violence inherent in the system’. Some got close; some were so far removed from reality it beggars belief: others; well, they were simply a staged ‘feel good’ event: departmental window dressing if you like. The history of these events is crystal clear – nothing changed. In fact, matters aeronautical have descended to a new low through many of these rump covering, expensive pantomimes. Can this Senate committee break through the almost insurmountable barriers and bull shit? Can a do nowt, controlled, confounded, confused halfwit minister do anything?

Some say – play the long game. I say BOLLOCKS. One shot – tell the next Estimates tea party that which will shock ‘em. Tell ‘em straight and, most importantly – do not allow them to wriggle off the hook. The ‘system’ is well and truly buggered – you know it: I know it; Hells bells the world and the hanger cat knows it. So, just for once – don’t hide behind the piss poor excuse of ‘complex law’. The real statement is along the lines of – CASA is a totally Ducked Up, out of control, politically condoned and fully supported basket case. Reform the regulator – before it’s too late. Many would say it is too late – far too late. The incumbent village idiot, hired to advertise and promote a product by a bunch of self seeking snake oil salesmen needs to think about protecting his own soar rear end. Don’t forget – he who will carry the can. 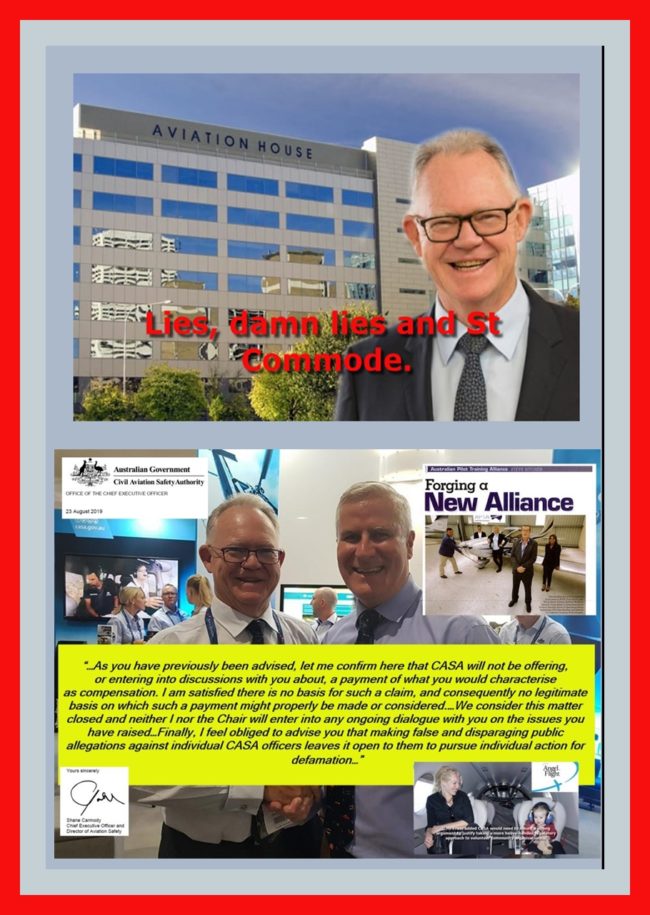 That’s it. Read Hitch – or better still talk to any ‘independent’ flight school operator; other than the ministers promoted favourite – which just happens to have  a ‘minor’ problem (or two). But who’s counting? Buckley 0 – Ministers Pick – 46.

Aye well – three days in a wood yard – that’s right; three days. I’ll not bore you all with the discussions – but many there were. Each individual ‘board’ weighed, measured, and closely examined. It comes down to a myriad of subtleties, grain, texture, colour, features to be bookmarked (matched), final size after refinement – long list of debate’. In the end ‘we’ – much to the dog’s delight loaded the selected pieces onto the roof rack, paid the bill and departed. Of course, I’m not allowed to pick up a saw without ‘proper’ supervision. I may ‘plane’ to requirements; but, not cut. The man is coming to supervise those. And so, my 1906 – 1910 bench planes are allowed to (carefully) trim the selected timber to ‘near enough’ the right size. P7 is involved (cahoots). Today he’s turned up to make sure the planes are ‘perfect’. Excuse to drink my Ale I calls it. Dogs; so delighted to be home they didn’t even chase the cat, despite provocation.