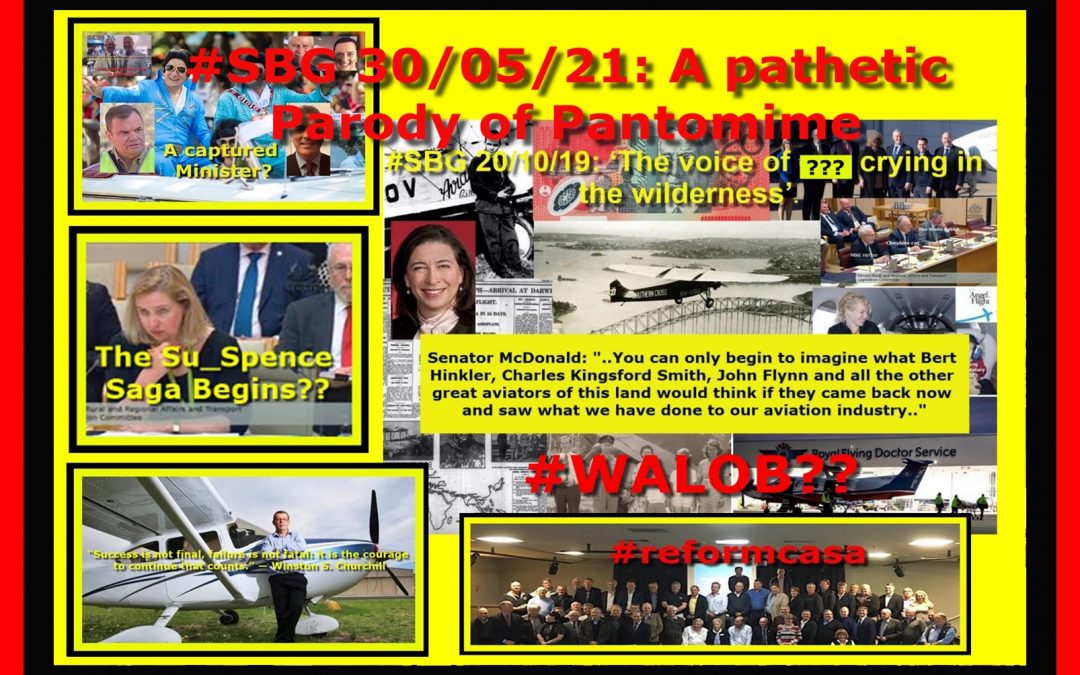 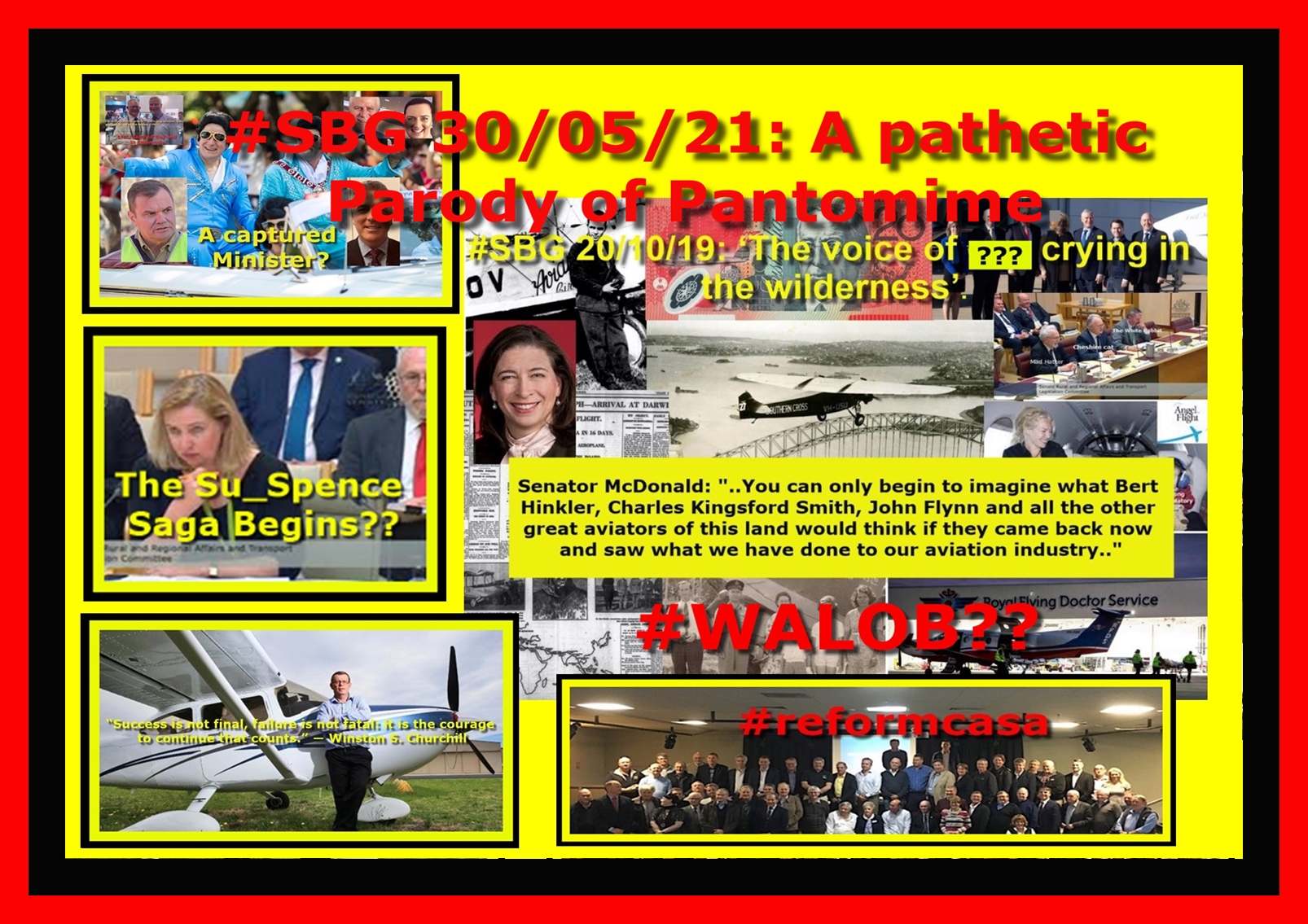 Gods alone know how much it costs, per hour, to run a Senate Estimates session. I suppose it could be approximated; take the known salaries – do the maths to arrive at a reasonable hourly rate. It would be a big number. Certainly big enough for a reasonable man to expect some small return on the nation’s investment in ‘air-safety’. There they all were; the supposed corner stones and lynch pins of the State Safety Program, the DoIT, ASA, ATSB and CASA. The anchors to the national aviation safety net; under the stern scrutiny of duly elected Senators, to answer the questions so important to struggling, essential industry which is being diminished – daily. Well folks, we all sat and diligently watched, listened and paid careful attention; for the results of those very expensive sessions provide industry with knowledge essential to business. The best and shortest way I can describe the explosive response from the BRB associates is:-

“It isn’t often that Aunt Dahlia lets her angry passions rise, but when she does, strong men climb trees and pull them up after them.” ― P.G. Wodehouse, Right Ho, Jeeves

To be dead honest, I really don’t know how best, in a nutshell, to define the disgust, dismay and utter disappointment expressed by the BRB/IOS. Yet, make the attempt I must. Are you sitting comfortably; then I’ll begin.

It all started fairly well with the DoIT; one gets the feeling that the big wheels are turning, albeit slowly, but nonetheless there is movement in the right direction – the Acts and trade and etc. all ‘under consideration’ with a fighting chance for real  meaningful change in our time. There has never been a better time to reshape and restructure ‘matters aeronautical’ than now – while its quiet. Time to make considered , valuable changes which will enhance industry profitability and create jobs etc. So, the DoIT escape the ire of the howling mob – for a while. 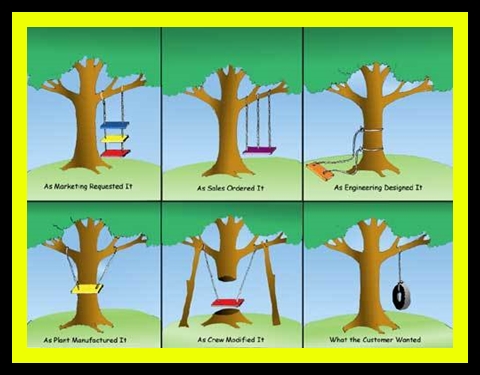 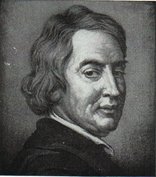 “Must I at length the Sword of Justice draw?

How ill my Fear they by my Mercy scan,

Beware the Fury of a Patient Man” ― John Dryden, Absalom and Achitophel.”

Then, the crew ask “But how can anyone, let alone a panel of ‘savvy’ Senators allow the Hooded Canary to escape the net? What he has done to the once proud bloodline of ‘accident investigation’ is a national disgrace. The world knows it and that Senate committee should bloody well know it- and yet off he trots, without a blemish or scar to a safe secure future. Bollocks. The Essendon tragedy, the ATR fiasco, the Qantas Virgin balls up at Mildura, the mid-air, the AF VFR into IMC – some of a long, long list of sub standard, photo shopped, edited to inutile reports. Take five minutes and compare the King Air crash in the USA report from the NTSB to the pathetic rubbish provided for Essendon – or Ross  Air. Then; you let the man of many outfits waltz off into the sunset with gold lining his pockets. Shame on you Senators. 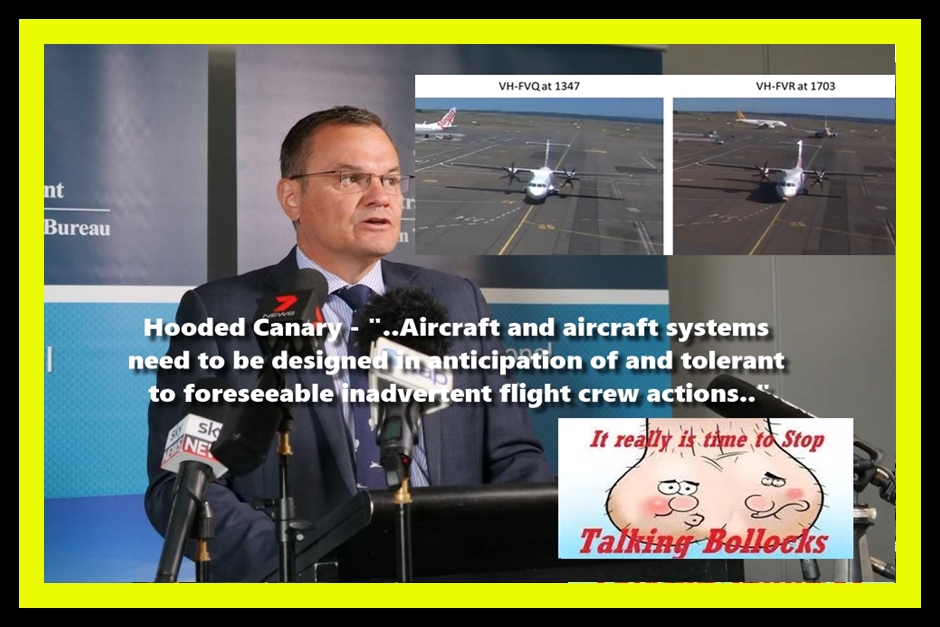 Was the first man that leap’d; cried Hell is empty,

And all the devils are here.” The Tempest By William Shakespeare

Aye, the ATSB session set the tone and paved the way for ASA (soft ride whispers Hoody to Halfwit as they pass in the corridor). The Halfwit’s eyebrows descend from panic height to ‘Joe cool’ level. And so it came to pass that the great ASA money oriented wagon rolled into Dodge to a warm reception. It is worth watching the session with the sound off; we did. It is a bit of fun, with choc frog bets. You play like this – the sound is off – then, when the Senator asking eventually shuts up – the reactions of Halfwit are gauged; the game is to guess the question. It takes a while to get the hang of the ever ascending eyebrows and the increased ‘testiculation’ (talking bollocks with his hands) to ‘pick’ the areas in which he is either vulnerable or has made a pigs ear of something. There were a couple of loosely worded questions which caused serious eyebrow semaphore and frantic testiculation – but the Senators let him off the hook. The guy is all about his KPI – not providing the best toilet paper – anything will do to save a buck. Fair warning from Mangalore – one day, we will get caught with our pants down Senators. Shame on you.

But it was not CASA who earned the Houseboat bucket award; it was the Chair. It was a close run race mind you, only a nose in it at the finish. P7 gruff’s “you need to step it out boy” as an Ale lands on the desk. I look askance at this – WTD ‘that’ session was all about has not, not yet been decided. The jury still is out – split 60/40 for a ‘set-up’. No one in the 60 camp can believe McDonald has taken her boot off the gas pedal; the other 40 do believe it. It was not ever a fair argument – until the last Estimates; now it has legs and support. To the 60’s it was a ‘scripted’ session, stage managed and part of the end game; furry muff. To the 40’s however, the ‘wink-wink’ between Spence and McDonald raised hackles; then Spence wheeled out the unspeakable Crawford into the limelight and (shock horror) let him speak – all session – WTD? They ask. Is Spence now to play politics and administration while Crawford runs the roost? The 40’s cite the Aleck visage throughout – stony faced and beating seven bells out of whatever (or whoever) he was chewing on. “Kicking Badgers” an image of pent up fury. Mark you, he was IMO justified. Do the sound off trick again and, if you can stomach it, watch the Crawford antics. Lord, if ever a great thespian was lost to the boards or; if ever PT Barnham needed a new snake oil salesman; he’d hire Crawford in a heartbeat. There are some amongst us who (for their sins) have some amateur theatrical experience – they all reckon Crawford practices his coy, coquettish ‘up and under’ while trimming his egocentric little beard thingy. Whatever –but some of the imitations had us all in stitches. But I digress. In short – if Spence wants to gain credibility – then much better than Crawford needs to be placed in the front seat, doing the talking. It would be OK if he had a clue; but please compare the peerless advice from the AMROBA newsletter to the garbled gibberish Crawford spouts. And, anyway: he really don’t like the industry – listen to the Buckley tape – there you find the beast behind the face camouflage, sans posing and preening.

“You hide it well, but I can see it, Lord Verniers. You hate us. We have beaten you to obedience but it’s still there, like dry tinder waiting for a spark.”― Anthony Ryan, Tower Lord

Bottom line – ‘credibility’ is all. The RRAT lost a fair slice of that hard earned ‘cred’ last session. It would be acceptable if they were new to the problems industry faces – but that is not the case. Time to piss or get off the pot methinks – and don’t leave the seat down. See P2’s good works for sound and vision – all there along with Hansard. Good one mate.

No doubt there will be MTF as the crew digests the RRAT offering and the queue for the bucket abates as they become adjusted to the new lows.

You say you never compromise

With the mystery tramp, but now you realise

He’s not selling any alibis

As you stare into the vacuum of his eyes

And say do you want to make a deal?

That’s me done. I can smell lamb curry on the evening breeze. My staircase was installed and it do look good. Funny thing though – when I’d settled the last tread and stood back I could see every scuff mark, every small track line from the plane blade, the tiny gap (one off) where one tread was just a half millimetre shy of ‘flush’; in short every mistake; even P7 reckoned it was a good job – must learn to look at the whole and enjoy the view. “Come dogs – time for a smoke before dinner”. Exeunt stage left through the Judas door heading for the orchard gate.