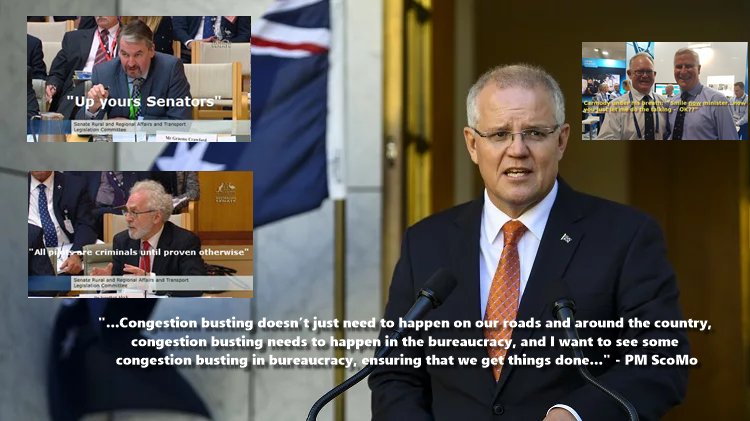 Senator FAWCETT (South Australia) (17:52): I wasn’t planning to speak on this bill but, having heard some of the concerns just raised by Senator Rice, I want to make a very brief contribution. Back when David Forsyth ran the inquiry into Australia’s safety regulation for aviation, I worked with former Minister Truss, travelling much of Australia, speaking at many of the same forums and getting feedback from people. One of the issues that was raised consistently was that there were multiple occurrences where the requirements of CASA were bureaucratically correct but didn’t actually have a safety outcome. In some cases, advice was given by CASA to industry which they didn’t follow through because they basically didn’t care about the economic impact.

Two sides of a coin… 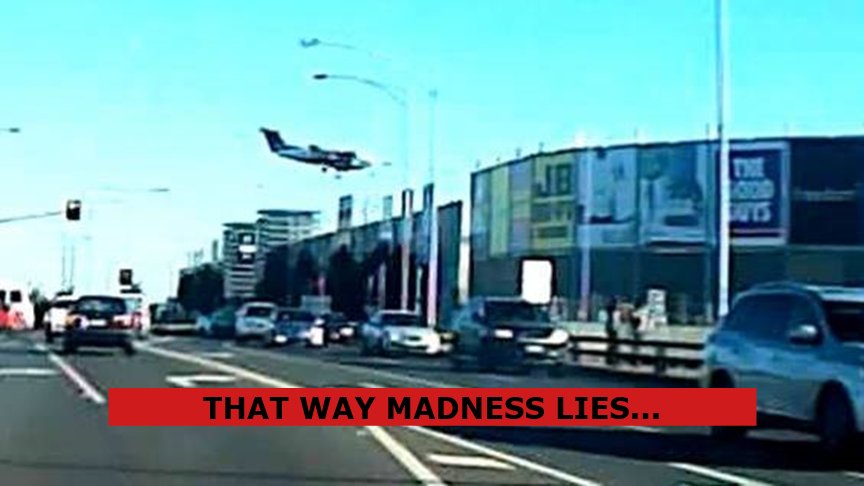 “Madness is a lot like gravity, all it takes is a little push.” – The Joker.

Kharon Wrote:  Along the road to perdition.

You will pass many folks all heading the same direction; many of them will be lazy, self interested politicians, on the road because they simply took the money, revelled in the glory, enjoyed the use of power and spent their allotted time doing as little as possible, especially when it came to rocking the comfortable boat.

Sandy – Parliament having rubber stamped the wholesale migration of what used to be (appropriately) civil aviation law into the criminal code with strict liability and huge penalties for even the slightest and most innocuous infringements, many of which supposed criminal acts don’t ever rate a mention in the most mature and successful GA industry, that of the USA where increasingly Australians are heading for their flying training.

Had this ‘bi-partisan’ approach been adopted to say road users, or some minority group there would be Hell to pay. But the golden age of CASA’s ‘safety’ trumps all, a cast iron excuse to duck the issues. I’d bet good money that 87% of the parliament have never even seen the colossal piles of aviation law, let alone read a page. And why should they when there is no need to. Disgusting behaviour from those who have within their reach the tools to help the nation and an industry prosper.

“Assumptions are quick exits for lazy minds that like to graze out in the fields without bother.” ― Suzy Kassem, Rise Up and Salute the Sun: The Writings of Suzy Kassem

There is little which may be said in defence of CASA and provided the outrage is ‘righteous’ then I say fill your boots: BUT when that outrage is inappropriate, it becomes counterproductive. The Airvan story and the response to the CASA actions is troubling. Step the whole thing through; and, IMO not only have CASA acted reasonably, but quite correctly. The accident in Sweden caused the fleet to be grounded, CASA had no option but to support this. The last paragraph of the AD issued related to wing spar fittings is both reasoned and reasonable.

A manufacturing quality escape has resulted in wing strut fittings in the effective
serial number range to be manufactured with incorrect grain orientation. The fatigue
implications of the incorrect grain are not well understood. Therefore, CASA has
mandated a conservative factored fatigue life limit based on the known fleet data of
the affected aircraft. CASA will continue to gather data for the purposes of managing
the fleet removal of these fittings from service.

There are, believe it or not some clever folk, under pressure, investigating the accident and once they eliminate the possibility of this all being an air-frame problem, the fleet will be released to service.

Anyway – Work beckons, kick the tyres, light the fires and earn a honest crust. Tempus fugit – so must I.

Hmm…knowing as I do that “K” is currently beached and sunning his arse on the fringes of civilisation (somewhere within the Bermuda triangle, with extremely limited internet coverage), gives me courage to play devil’s advocate and present a little of the other side of the coin…

Quote from the LMH:

A classic case emerged this week with CASA grounding all Airvan 8s after the parachuting accident in Sweden. The Swedish authorities expressed concerns that the aircraft may have broken up in the air, leading CASA to ground all GA8s for 15 days as a precaution. They lifted the ban five days later (kudos to them), but at what cost? When asked why they felt it was paramount to ground the GA8s when a recent spate of in-flight break-ups with C210s didn’t draw that reaction, I was told “the difference is there is specific information available for the Cessna. At this stage there is only the general observation that the Airvan may have suffered an inflight failure.” So we’ve grounded the aircraft type and caused economic strain based on a “general observation”. Another general observation would show that in-flight break-ups are more likely to be caused by ageing fatigue, over-loading or misuse of the controls. The oldest Airvan 8 in the world has just turned 20; not old in a fleet with an average age nearing 40 and unlikely to be suffering from fatigue. Rapid elimination means that if the Swedish Airvan did break up in the air it is most likely an over-stress situation, something not likely to have an impact on every other GA8 in the world. With only one incident on the cards, what was it that made CASA think there was an issue that was an immediate threat to safety? It doesn’t matter … with safety as their priority, they may as well ground them all because the cost to the industry is of secondary concern to the regulator.

Personally I tend to agree with “K” that Fort Fumble had no option but to ground the GA-8s when the first indications were that there was a structural break up in flight. To do otherwise would be akin to a mini version of the FAA not initially grounding the Boeing 737-MAX until they were forced to by peer pressure from the rest of the world’s NAA groundings of the 737-MAX. Hmm…and look where that imbroglio is heading now…

The Roots of Boeing’s 737 Max Crisis: A Regulator Relaxes Its Oversight 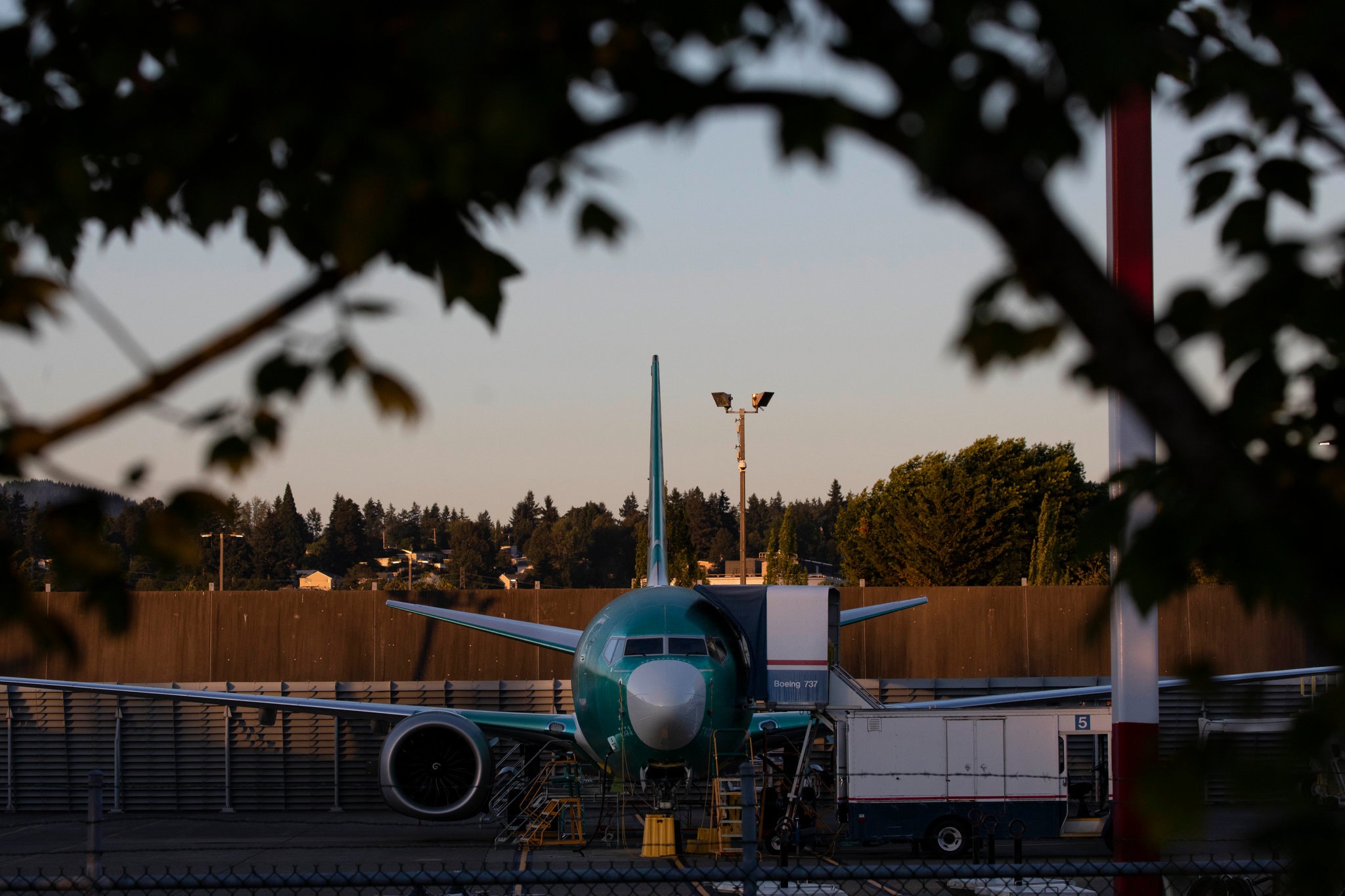 After the first fatal crash of the 737 Max, in October 2018, federal regulators realized they didn’t fully understand the software system that sent the plane into a nosedive. Credit Ruth Fremson/The New York Times

SEATTLE — In the days after the first crash of Boeing’s 737 Max, engineers at the Federal Aviation Administration came to a troubling realization: They didn’t fully understand the automated system that helped send the plane into a nose-dive, killing everyone on board.

Engineers at the agency scoured their files for information about the system designed to help avoid stalls. They didn’t find much. Regulators had never independently assessed the risks of the dangerous software known as MCAS when they approved the plane in 2017.

More than a dozen current and former employees at the F.A.A. and Boeing who spoke with The New York Times described a broken regulatory process that effectively neutered the oversight authority of the agency…(see link for more)

“K”‘s point is a valid one, why give the regulator any excuse especially when their hands were tied and they did get the suspension lifted inside of five days: https://auntypru.com/forum/showthread.ph…7#pid10467

The temporary suspension of GA8 aircraft flights was put in place as a safety precaution following a recent fatal parachuting accident in Sweden.

Based on the limited information available immediately after the accident the sixty-three GA8 aircraft in Australia were grounded, as well as a number operating overseas. The suspension was in effect for five days.

The precautionary suspension was triggered by initial information from the investigation into the Swedish accident which showed the accident aircraft had broken up in flight.

CASA has now received further information that there is no evidence to indicate a potential unsafe condition associated with the aircraft and as such the GA8 aircraft type can be safely allowed to return to normal operations.

A CASA airworthiness engineer is currently observing the accident investigation in Sweden and this has proved to be very beneficial.

CASA will continue to monitor the investigation into the GA8 accident and will take appropriate action should any related safety issues become apparent in the future.

However with this obviously contentious grounding my observation is that with all the rhetoric and hyberbole, does this not reflect that the mistrust quotient of the regulator by industry is now even higher than it ever was even before the findings/recommendations from both the Senate PelAir Inquiry and the Rev Forsyth review?