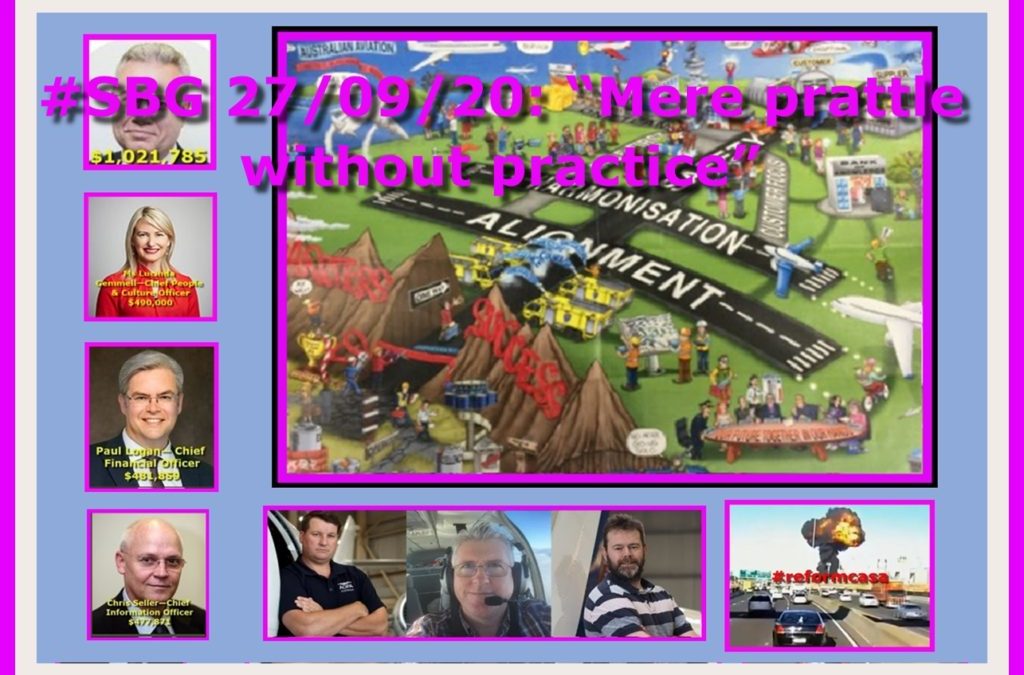 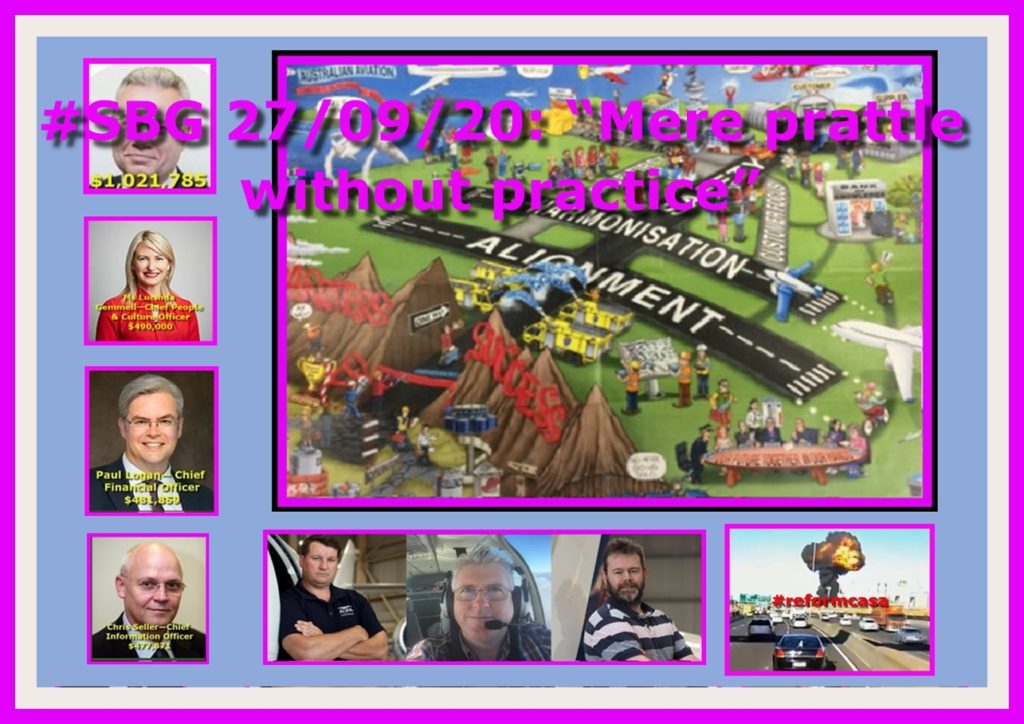 Senator SHELDON: Also what is the cost of engaging the new Chief People and Culture Officer and the team of cultural officers?

Mr Harfield: I don’t know off the top of my head the remuneration of Ms Gemmell, but, being an executive position, we report that in our remuneration report. It’s in line with our normal executive remuneration.

“We’re in the process of introducing eight people for our Safe Place piece.” What, in the seventh hell is a ‘safe piece’? A place where all wear ‘courage bangles; strapped to their sensitivities :– a ‘safe’ work place? Is land rights for gay whales now a forbidden discussion – wtd. Where no one may say anything more than a neutral ‘Good morning’ without being prosecuted – no ‘espirit de corps’ – no wise cracks – a hive of faceless, spiritless drones. A bollocking from a manager classed as bullying; the original transgression lost in the mist of the new ‘sensitive’ regime. Bollocks – you bugger it up – you cop the rocket – end of: and, do not do it again. That ain’t bullying. An ATCO gets it wrong and there is a price to pay – in fuel, schedule and even in a very rare case – safety is marginally compromised.

For ‘Our safe piece’. Upward of two million dollars – for a ‘safe piece’. ASA ain’t earning anything worth counting. Fact.  Then there is the Gemmell gambit. The final get out of goal card for the ever smug, take it on notice Halfwit. He’s on a million a year – to hire folk who will, for a fee, provide the answers to those questions which; for that class of money, he should be able to answer. Just what does the electric blue clot know? Not too bloody much is the quintessential answer. Unless you count ducking, weaving and bus stop wrestling. 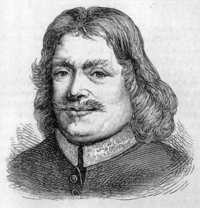 “I know words are cheap, but a dram of grace is worth all the world.” ― John Bunyan

To add insult the fat, smug, rich electric blue boy then hires the twice failed ‘minister’s adviser’ (Wannabe DAS) – as a ‘government relations manager’. ASA have employed the twice sacked ministerial adviser (again) as a ‘government relations’ honcho. There’s another cool half a million – gone to provide what? (a dollar on every air ticket). Always remember; the anointed, protected, always employed ‘adviser’ is the man responsible for the duck up of the cluck up which is Part 61 – as DAS – they’re dreaming. No matter and I digress.

Despite the ‘legal’ argy-bargey – like it or not, despite allegedly paying a return on investment to the tax payer – ASA has, as being a complete monopoly – failed dismally to provided a return that a serious investor of that class of money would find ‘acceptable’. This, before the complete shambles and outrageous cost of the pet ‘Big-Sky’ wet dream has done anything more than be a huge dark hole into which money is thrown. Air Traffic Control is an essential safety element to a first world nation – not a ‘profit centre’. Our ATCO’s are world class and better – yet they are forced to live and work in a world far removed from international reality. Time Civil Air got motivated – one of the most efficient, effective unions ever – but never a dickey bird from them.

There is the great big trough of ‘public safety’ money – always full and, as we all know; it is well protected by those who feed voraciously from it. Pity the starving sparrow when the vultures feed. Politicians without conscience, avoiding all responsibility keep shovelling in the wherewithal to accommodate the like of the EBH and his best mates. It is ducking ridiculous – ‘A safer’ system? No. Does the long raped public purse know, full well; it ain’t.? Not a chance in Hell of that happening.

“Talk is cheap until you hire a lawyer”:-

Item next (then I’m done) is a deuced tricky one. One Clinton McKenzie Esq. Provided one the very best in the AOPA series of ‘live’ broadcasts related to aeronautical pilot ‘medical’ certification. This was applauded by the BRB and the IOS elements; well done etc. Tim Tam cupboard key, gold star and unlimited Choc-frogs. No argument. The session is well worth your time – particularly if you enjoy a good Gothic mystery. However:- that said there are some serious questions being asked about just how ‘fearless’ AOPA Australia are prepared to be; and, how much ‘ street- cred’ they actually have. There are some very ‘real’ horror stories out there; deep, dark and disgraceful. There is an opinion, gaining a lot of support that AOPA are simply producing ‘advertorials’ – to promote membership.  AOPA has zero standing in any of the ‘committees’ which have real influence. They do not tackle the problems which beset light to medium weight ‘air operators’ – those who are the real backbone of what is described as GA. Without these operators there is no place for the wannabe future airline pilots to gain real experience. Sure, the ‘private’ crowd will continue – but they are a shrinking minority – what with the RAOz get out of medical goal card – (hard to trump). But what of the terrible burden ‘small’ operators must carry? That, before AOPA get anywhere near ‘life in the real world’. AOPA Australia is just pissing about in the Daisy patch – avoiding the thorns and weeds in the rose garden; and, knocking off at sunset. Bit like a fart in a thunderstorm. Membership ain’t the key – credibility and runs on the board are. There; the condensed opinion of our membership E-mail loops.

From the sublime to the ridiculous, said Fontenelle, it is only one step: from raillery to insult there is even less.

Time – my clock treads it’s steady measure; you do know that the last tick and quarter chime are unique – never to be heard by another human being again. Pause for thought right there. No matter – cigar, Ale , stove topped up – all quiet – feet on desk – checks complete – to the line. 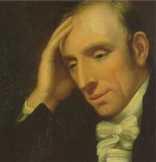 “Though nothing can bring back the hour

Of splendor in the grass, of glory in the flower;

We will grieve not, rather find

Strength in what remains behind;

In the primal sympathy

Which having been must ever be…” ― William Wordsworth