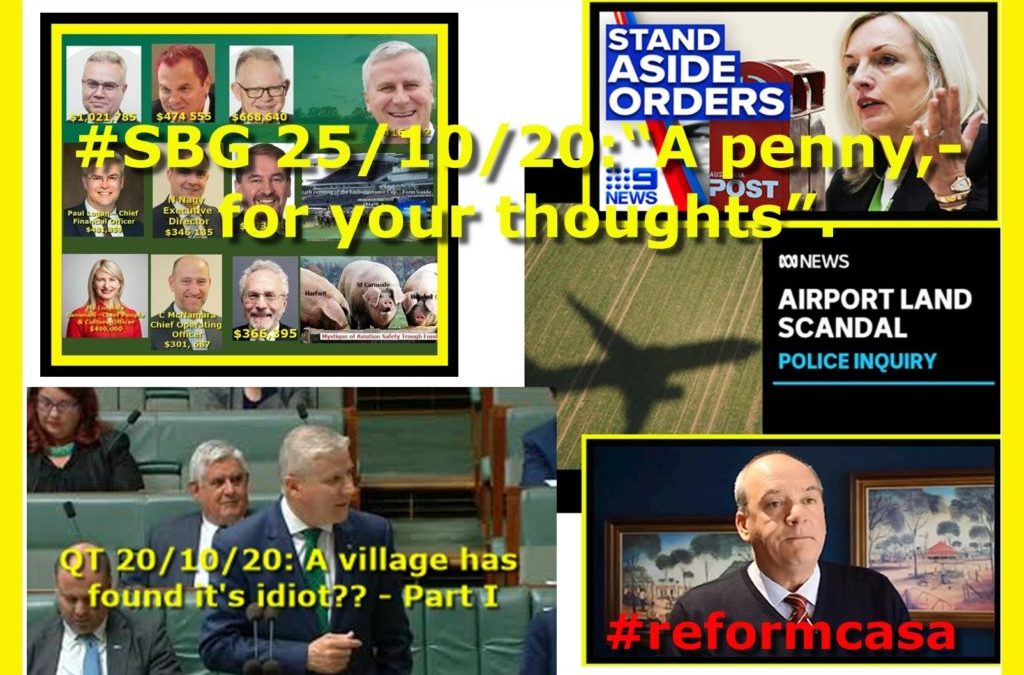 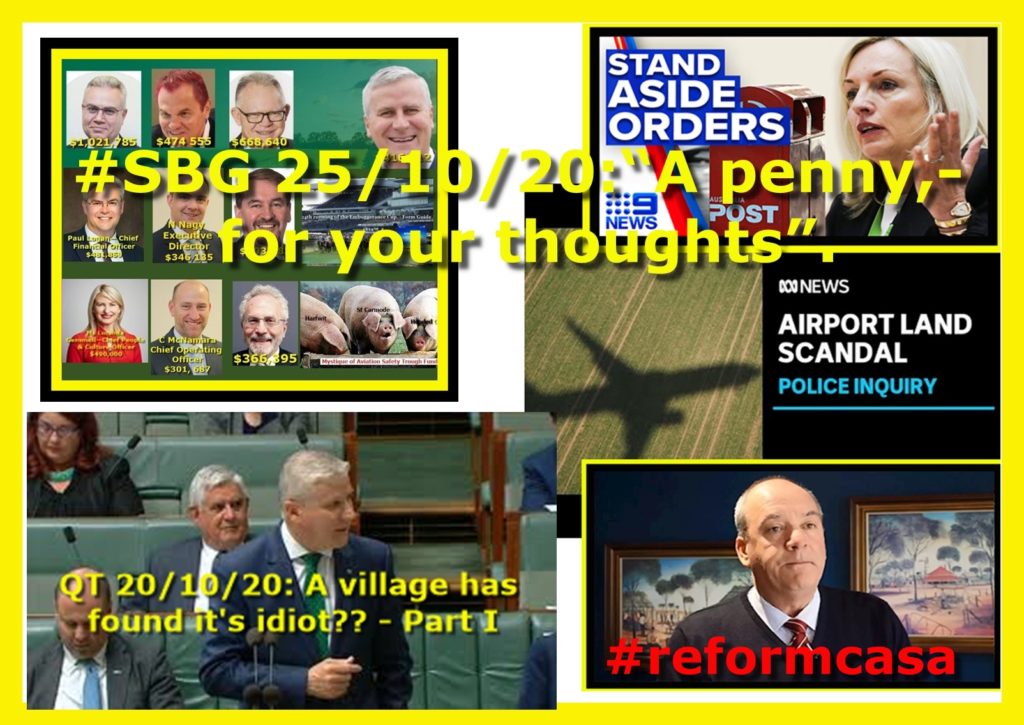 Ref: Badgerys Creek situation is ‘grubby by any definition’ & ‘A bargain… in time’: McCormack says $33m airport land buy will pay off

“A penny,- for your thoughts”. – AP Forum version.

DT had actually been in the workshop a couple of minutes before I realised that ‘we’ had a visitor. Dogs never stirred (food induced treachery). “What” say’s I; “Oh, they’re barley worth a farthing my dear; you may have ’em for free”. “What’s a farthing?” pipes a small voice from below the workbench top (snuck in behind DT) crafty little beggar clutching a mug of coffee and a muffin to share with her canine slaves. I reached down and hoisted the little baggage up onto the bench top (favourite seat) hoping to rescue some of the muffin – alas. “So – what is it”. Well say’s I, the word comes from ancient times, long before money, when it meant a quarter – if you had divided that muffin into four pieces instead of in two (a half) you would have a ‘farthing’. A quarter; this is the fourth part of anything. A beat, then from within an apron pocket; a muffin – “then this is a whole one is it?” Blooming kids. What is the fool rambling on about? Well, it takes me to a puzzle; a mathematical one. A one where ‘value’ for money invested sees a return. We barely get a farting (let alone a farthing) back in the penny for the money, not voluntarily invested, in our aviation ‘support and service’ GBE’s. Seriously, if they were on the stock market would you buy? Not me; as a fairly canny bookie, I’d rather take a punt on number three in the 3:15 at Wupp-Wupp.  Why? Well my old interlocutor, Mark Twain pretty well sums it up.

“In religion and politics people’s beliefs and convictions are in almost every case gotten at second-hand, and without examination, from authorities who have not themselves examined the questions at issue but have taken them at second-hand from other non-examiners, whose opinions about them were not worth a brass farthing.”

The ever stalwart P2 has provided the evidence; fresh from the latest round of Senate feather dusters at three paces bun fight. No one harmed of course – all very polite and very, very devious. “The games afoot” – but is it? Tempting to take the bait offered; depends on how you see it. Take the inglorious ‘departure’ of the sacked St Commode. The committee never said ‘don’t let the door hit you in the ass on your way out’ – but neither was there any thing else but relief; hell, he even had to ‘cue’ in his own fare-thee-well bit. Now, at first this may seem to be ‘something of nothing’. But it ain’t; not by a long shot. I’ve not got Hansard handy – so forgive the paraphrasing; but it goes like this:-

McDonald (early in the session) – “So when are you going?”

Innocuous stuff – but wait; there’s more. Long after St Commode departed the fix for a gig flogging a new line of chicken balls, as the new Colonel Sanders look-alike competition winner, this emerged. “An interim report” P2 “..The Senate committee will present its interim report on or before the final sitting day of December 2020..”

Strange business is politics; particularly now. A balancing act where any serious rocking of the boat could spell disaster; however, the vainglorious failure of the GBE golden trough feeding frenzy is a failed, flawed model. I expect the clever folk and mandarins who helm the ship of state know this. Hells Bells even the bloody post office is taking the piss out of the poor old tax payer. Hand’s up all those who’d like a Cartier watch for Christmas – just so they could flog it off to pay the rent or feed the kids. GBE is just a ridiculous, cynical method of abrogating government responsibility. A monopoly, but one which has to be topped up from tax payer funds? BOLLOCKS. Halfwit on a million a year?

Yet, to me, (IMO if you like) this is not the sinister part. That beast lays deeply burrowed beneath the bastions of ‘democracy’ and there are no safeguards in place to control it. CASA for example can, does and will continue to demand ‘more’ – CASA are considered above the law; CASA may do anything that pleases ’em and tell the minister to ‘go boil his bottom’ with impunity – should he ever dare ask WTF are you playing at. McDonald leads the posse,– gets to the bastion gates – Aleck man’s the castle walls and:  guess what?

You do of course see the point – (you know Aleck very nearly got the Frenchman’s part). 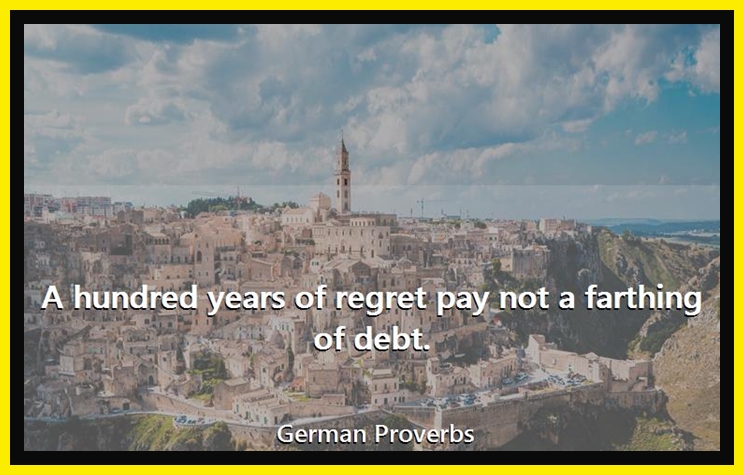 Aye well; both clock and tummy tell the tale of time; probably wasted bashing away at my keyboard; no matter, there are pies and pasties fresh from the oven to come, the keg is full and, the IOS have a notion that an inter house darts match and general discussion will lead to a sensible submission to this Senate committee – if we don’t all die of ennui and old age before the next sitting – half a year away. The ducking paper will be rotted through by then. Best I carefully stack away the most excellent Queensland Walnut boards – a ‘coffee table’ – for a man who can afford such lustrous, matched timber. Can’t wait to start it. Away to me;  lazy fur bearing, four legged felons, rain means mud for all – and the hose pipe. Oh Bugger; the cat is sitting on my stray boot – dare I move it? That ‘is’ the question. Big dog – boot? MTF……