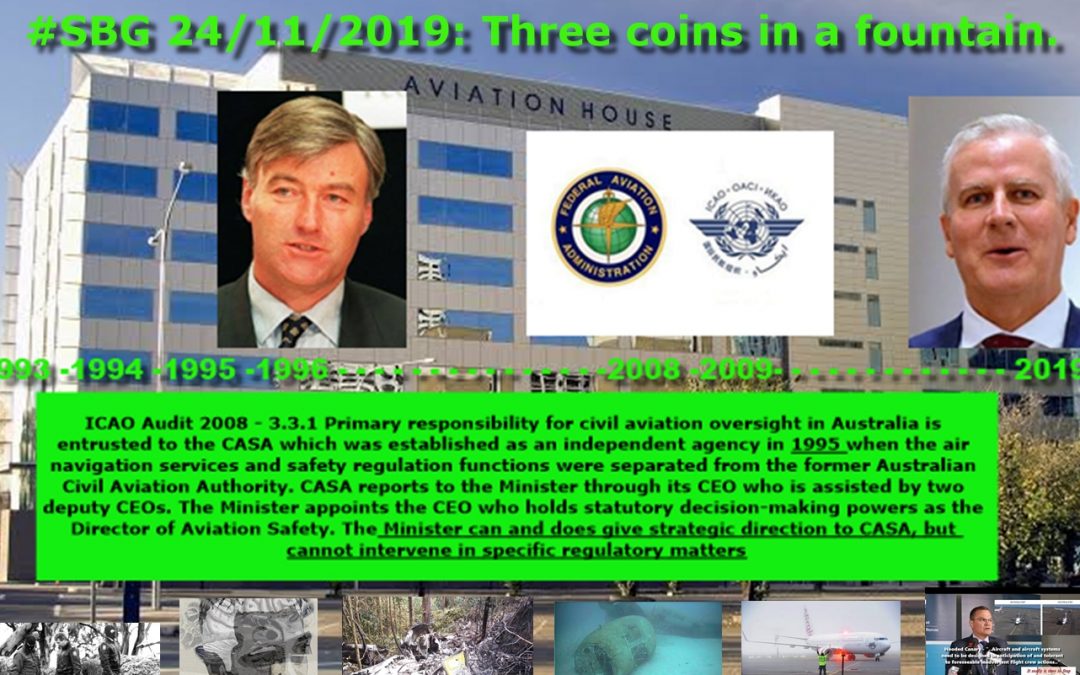 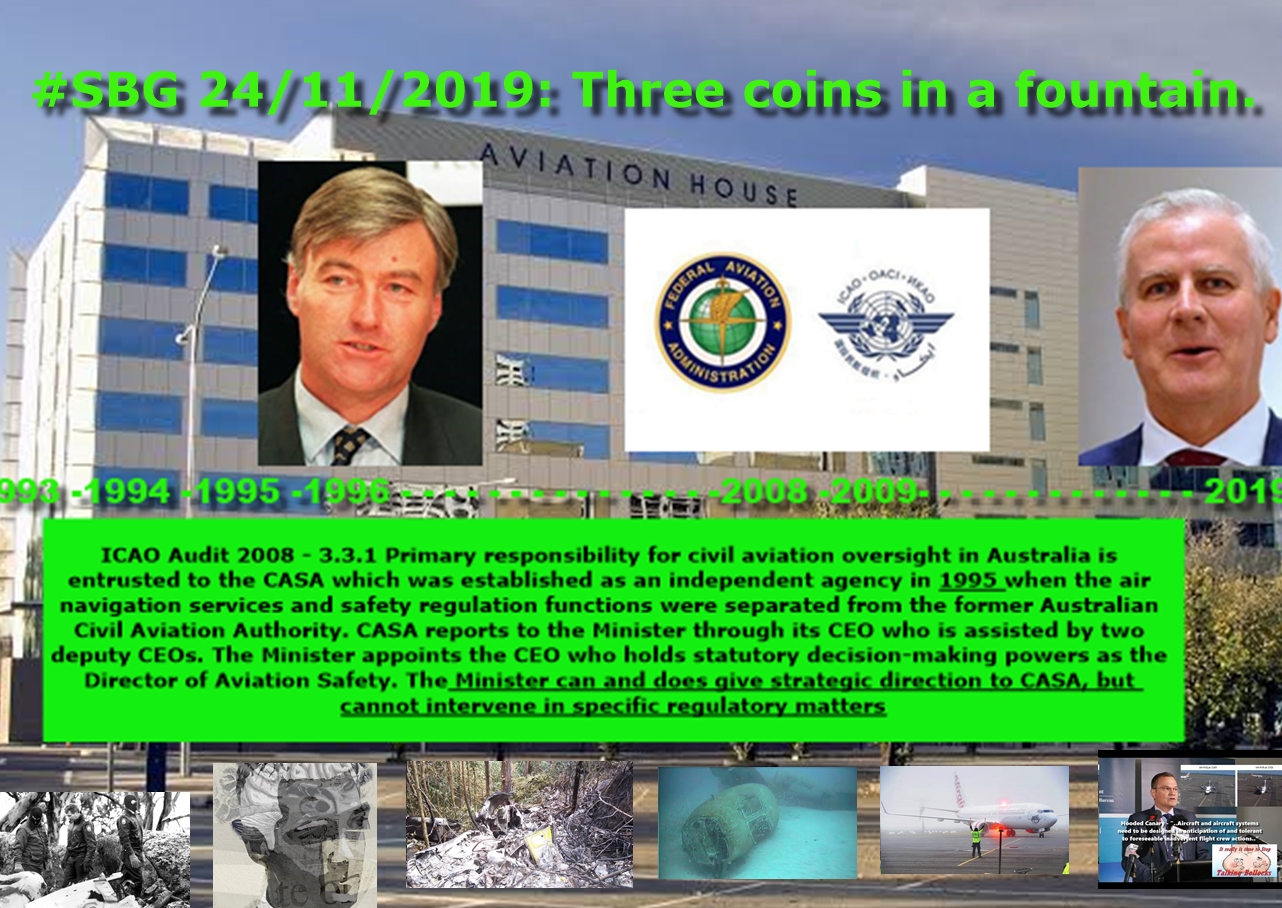 What a lovely, romantic idea. Three gold coins, of someone else’s money, dropped in a fountain of promise– even better. But what of three gold coins thrown into a slurry pit?.

Several ministers and a couple of ‘political’ parties, have, in the past continued to take the road of continually ‘betting’ their multitude of ‘gold coins’ in the one foetid pit. Their wish, as they all hide behind the protective wishful’ thinking is; ‘thank the gods that nothing serious occurred on my watch’ (Phew!) as they skip away after their two years of well rewarded ’caring’. Why? Well children – simply put; there’d be political hell to pay if both political parties, deemed to be ‘bipartisan’ were seen as ‘complicit’ in one of the biggest publically funded con games ever brought to light; that of the air safety scam.

John Sharp, as minister sought to right matters. Alas; thwarted. No matter, he learned ‘how the game is played’ and has bested ‘the system’ at every whip and stitch since then. If ever a thinking prime miniscule or such, was seriously looking to avoid the shit storm which will (make no mistake) be released on the first hull loss: no matter what it costs; should hire Sharp as the next DAS.

P7: The Old Man (not to his face) manages the ‘elegant’ BRB. My burden is the Ill’s of Society (IoS) which is a fairly ‘direct’ crew, mostly because it is a collection of those who have been seriously ‘fitted up’ by CASA for many and varied reasons; ‘nuff said.

The seeds of change are, at the moment, merely floating in the wind. The Senate is bordering (and dithering and prevaricating) on bringing on yet another full scale inquiry. Why? We have, for over three decades now, witnessed farce, after pantomime, after bipartisan cop out, after dilution, after abrogation, after bullshit response and ministerial embarrassment all come to nought. Only to watch a once proud industry grind to the point where once sought after Australian pilots, Australian training, Australian accident reports and Australian ‘straight talking’ was the envy of the world. WTD happened?

Sterle – 1) Are CASA meeting the ICAO requirements to maintain the skills and currency of their staff to the same level held by industry?

No. There is no way known that any operator would consider allowing a CASA ‘pilot’ to crew a commercial service – (even if was now legal to do so). Why? Well; consider the track record, in private ops of CASA pilots attempting to fly aircraft. For instance; there is one FOI who could not, despite multiple attempts (5), even manage a centre line take off when the simple act of matching the power output, on the gauges, not through power lever control position (duh). In he end, the check pilot lost his temper (after five, embarrassing aborts) and hi-jacked the take off, simply matching the 10 mm difference between ‘power levers’ and torque gauge. Rubbish pilot, unskilled and no hope of ever getting ‘skilled’. Fired twice for that – that and busting minima, co-pilot abuse etc. Fact. There are FOI’s out there who would not know, if they were punched, bored or countersunk when it came to doing a ‘day’s work’ as an operating pilot. Meet the same level and currency as a real ‘pilot’? Duck Glen, you are taking the Mickey (ain’t you – I do hope so).

Sterle – 2)  How many Flying Operations Inspectors are ‘not current’ (i.e. training not up to date) on the aircraft types they are required to oversight?

All of them you wool blind chump. Simple test – any FOI – any aircraft – any commercial job. Get them to pass a flight check – under industry scrutiny and CASA supervision. IF (big one) they actually get the aircraft home in one piece, without infringement – I’ll shout the IoS bar.

Sterle – 3) How many vacant positions exist in the technical workforce?

Lots and lots. Why? What hard working, honest, fair dinkum pilot would descend into the morass of CASA culture? No one; and I do mean none of ‘em employed is there because they could make a crust in industry (without assistance). CASA only hire those ‘open’ to subliminal suggestion and can’t fly for shit. 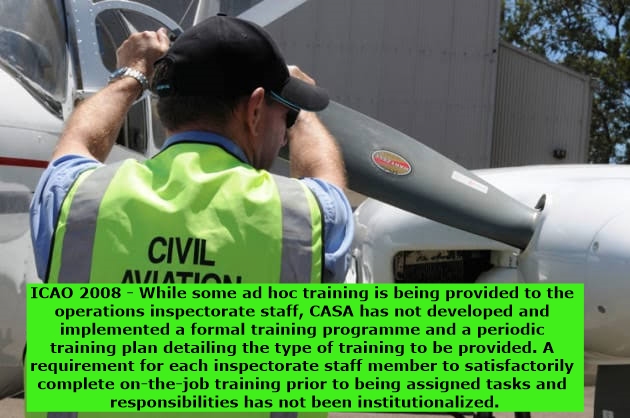 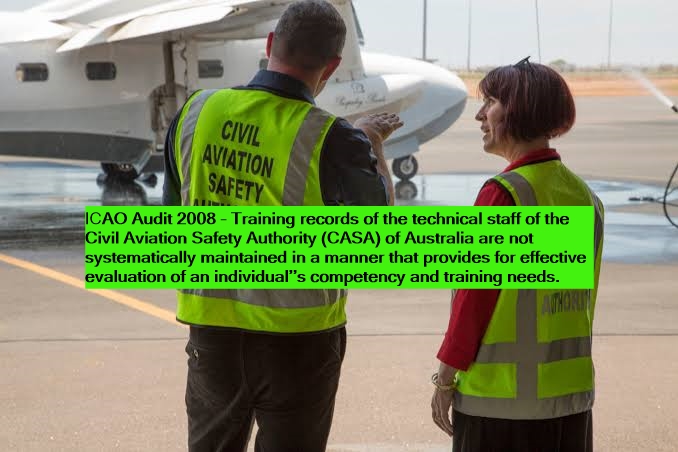 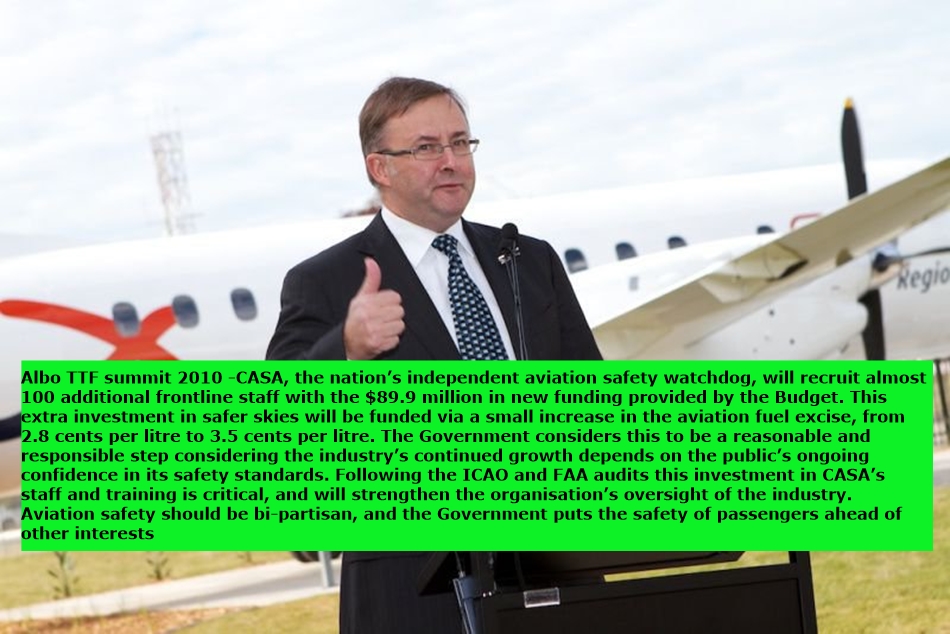 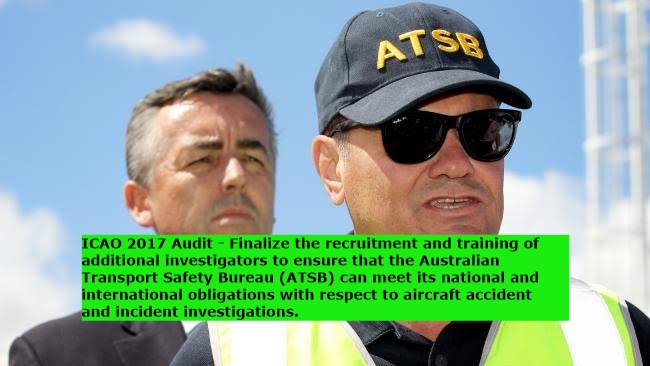 Once upon a time, DCA hired ‘pilots’. Folk like Jarvis, Evans, Sly etc. Good men all. Quite apart from being men of great skill and knowledge, they actually flew, on licence test with every plot applying for a licence. They’d seen it all. In my early years (before the current best practice) I flew 38 renewals of my instrument rating (every six month) with seriously experienced CASA Flight OP’s heavy weights – and passed, with the occasional ‘request’ to brush up on this or that. I owe them a great deal; they freely and willingly passed on their wisdom, experience and wide knowledge to an improving operator of aircraft.

Anyone can fly, but you need to know how to ‘operate’. I would not, categorically and absolutely not submit to the pantomime Grant and James were submitted to. It was not only pointless; but the FOI involved could not, on their best day get the bloody aircraft off the deck before Tuesday next week, let alone make a fist of the next task set for that crew. It is bloody outrageous that two known dickheads – (two schooners and midi + Mr Angry) dare even set a judgemental foot in an aircraft operated by two very professional, qualified guys. Particularly when ‘two schooners and midi’ could not hit the side of the barn, with a shovelful of shit, wind behind it. For the record – one of these supposed ‘experts’ was ‘assisted’ after multiple failures in the simulator to a type rating – the other has less ‘jet’ experience than the average kid has in his first paid, twin job in the back of beyond. Oh! You mean he is not ‘professionally’ (to industry minimums) qualified on type? Yep, that’s about sums up the shame of CASA FOI and just one of the many reason for industry disgust. 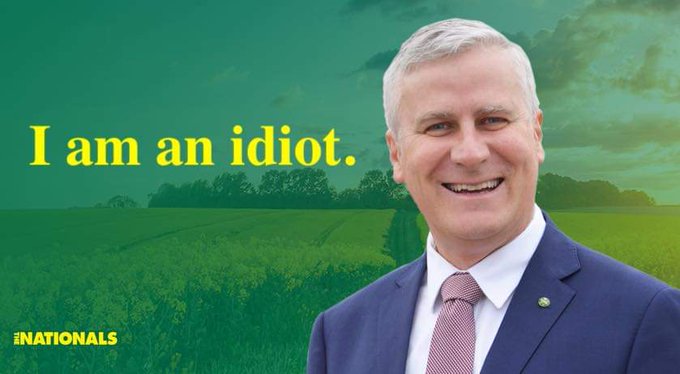 Oh, there’s lots more in ‘the facts’ bucket minister. But being an idiot – I expect you’d rather go with current best advice. You do that; you stick with the high line – but, when you are begging on the streets of Wagga, living on the ‘pension’ : remember – we did try to warn you.

A long ramble, however, there is some serious DT going down and I am obliged (strict liability applies) to comply with the words of a higher power. Did you ever think about or even dream that democratic theory applied in the home. Aye ‘tis but a notion: a wistful dream of but another world, where a man and his dogs could roam free, at will, without let or hindrance of the domestic variety. I expect the ancient and venerable Grandmother clock can wait another day for her long overdue repairs. Glorious French Walnut with Chestnut trimmings (chubby golden cherubs – the works); peace will descend – eventually. Meanwhile; the shadowy figure avoiding the orchard gate; climbing over the fence just below the view from the kitchen window is not (not) up to no good – of course, the two large, furry things, barking their fool heads off may (just) give the plan away. No matter, for the while; we are free.

What? You try to do this after an evening with “the” IoS crew.