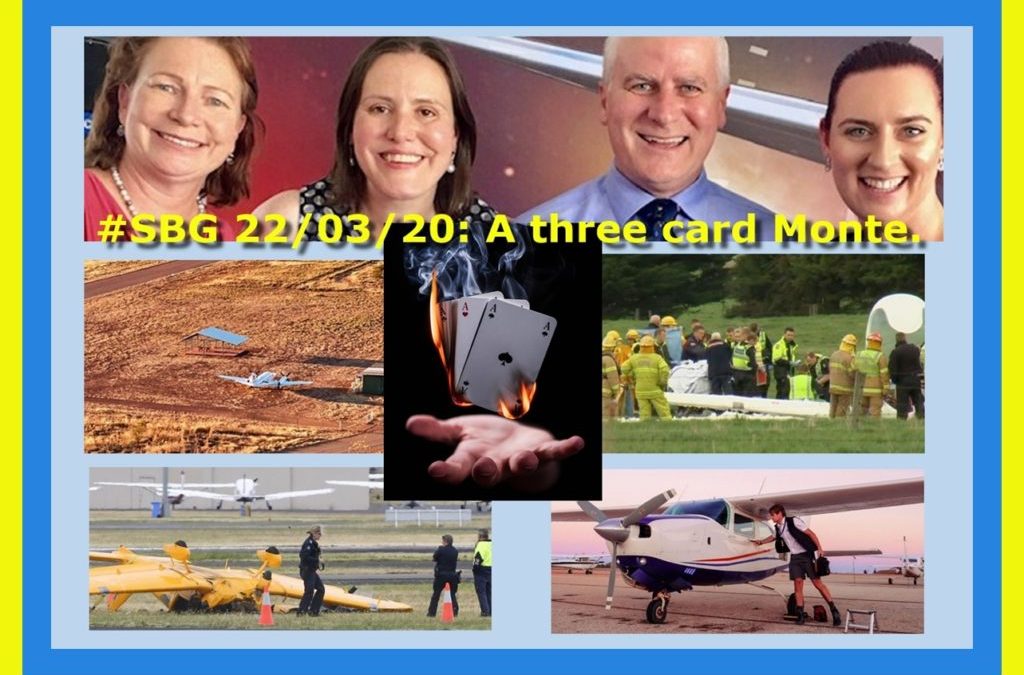 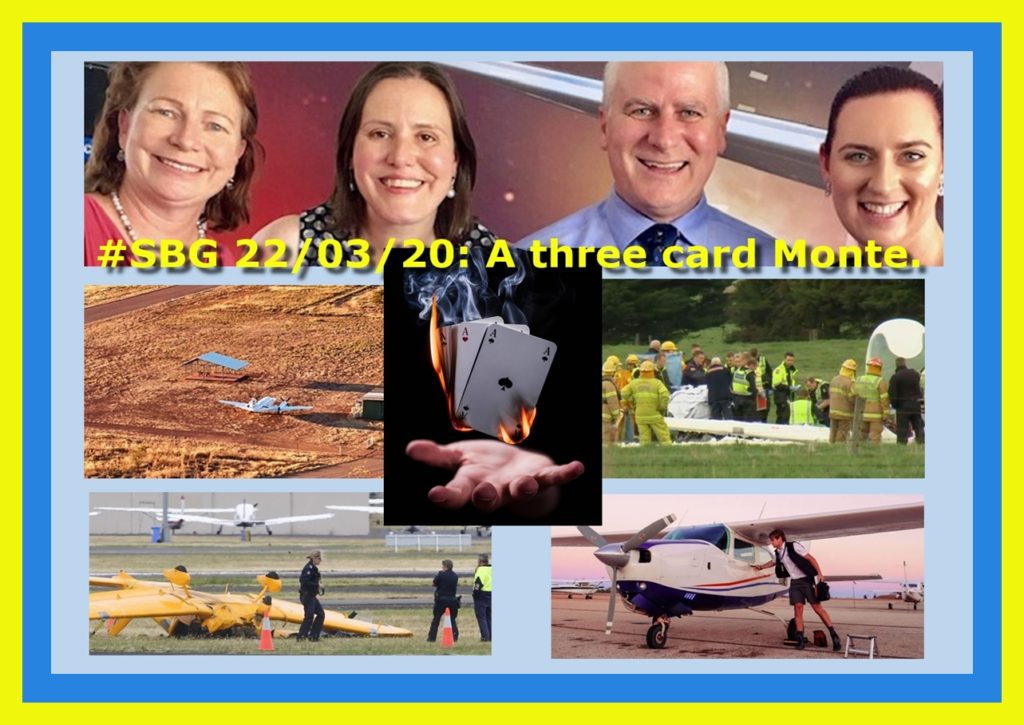 Two Kings, and an Ace; (three shells and a pea) a game as old as the pyramids, countless penny’s and halfpenny’s handed over without a squawk – by the hapless. Sound familiar. Now the grifter may spend those pennies educating his kids; or, in a sound business investment – who knows – all you can really know is, he’s got your hard earned. Many examples of this old game on display right now. In aviation, we have two Kings and an Ace working hard, all day, every day funding a purblind government. They are expert proponents of this legerdemain; and, they never, not ever loose a hand.

But, not to rush into details; let’s take a look at the top row, the man who would be king – the ultimate wannabe – ie Our minister. The man who could, with a flick of a pen (sharp end down of course) remove all the street hustlers, gulling the willing, to the deepest basements of the shredder rooms. There to stand on their heads, in shredded intelligence, in perpetuity. For they deserve no better; but,I digress; they too must wait their turn.

The minister du joure is ‘the man’ we must first evaluate; after all he is ultimately responsible for the mess. An allowance has been made for it all being not of his own doing – however – he has had ‘options’. For example: on the gold star/choc frog list he fired Campbell. Good move, well done. Then, in order to change feet, he opens his mouth and hires:-

Hitch – “Congratulations are due to Lea Vesic, who has moved from RAAus to the Department of Infrastructure and Transport as the minister’s newest aviation adviser.

Warning – Serious question coming. Who in the seven hell’s would hire a schoolgirl? Sat at the bar, earlier tonight, I could reach out and touch almost 400 collective years of aviation expertise. Not just flight hours – serious management and operational ‘know how’. Tried and tested. Yet numb nuts hires a child with less operational and management experience than my stable cat. The question minister, considering SOAR and Mildura and other totally buggered up matters – What the Duck are you thinking with – porridge? How, please tell me, how can senior, experienced industry people possibly – in their wildest dreams, take this insulting hire seriously. (Shut up? Ok) then I rest my case M’lud.

Hitch – “She (who must be obeyed) has replace Steven Campbell, who has found a new home as the Government Relations Manager at Air-services”.

As they all do. There is a daisy chain of ‘expendables’ who routinely get farmed out onto the ASA budget (more on this in a while) – who eventually seem to find well paid jobs and go on to live happy, well fed lives after creating the devil’s own mess and walking away; richer, secure, protected and well spoken of. It’s a bollocks.

“A lie can travel half way around the world while the truth is putting on its shoes.” ― Mark Twain

Small matters aside, we now need to take a serious look at ‘safety’ – which is ‘every-man’s concern (according to gospel of St Commode). Which brings me to the latest in a long, long line up of CASA cock-ups – of the safety kind. This week we have the great Bristel (not Bristol’s) embarrassment. Gods alone know what the global aviation fraternity think of Australian ‘expertise’ now after this little how-de-do. You see minister, some aircraft are ‘hard’ to fly. Some aircraft had a ‘risk assessment’ done on the projected – expected use over their useful lifespan; forecast on ‘averaged’ use data. These LSA were never, not in their most ambitious design criteria designed to be hammered day in – day out by ham fisted trainee’s. Consider that which CASA failed to do. In primus, the approved flight manual; all the information required is right there, ‘legal and nice’.

Did CASA have the expertise to ‘read’ and translate that information? No; yet they supported these LSA to be operated in a training environment, without due or considered ‘expert’ opinion of the ‘limitations’ and warnings, honestly acknowledged by the manufactures. Then, to add insult to injury, they have no one who can evaluate the flight test data, the engineering data; or, even project the associated dangers. Would you minister give a young fellah a shot gun, a box of shells and tell him to go play with the traffic? Ducking idiot, fed by foolish, greedy, incompetent amateurs. No doubt the new ‘adviser’ with great aeronautical experience can put you straight, save lives and keep you out of the shit cart heading to Canberra…. Bwaw Haww Haw!

“A member of Parliament to Disraeli: ‘Sir, you will either die on the gallows or of some unspeakable disease.’ That depends, Sir,’ said Disraeli, ‘whether I embrace your policies or your mistress.” ― Benjamin Disraeli

Item next on the ministerial agenda – ATSB and the international embarrassment stakes. On account of my using joined up writing; I’ll pick two simple examples to illustrate a point.
(a) Virgin ATR and the auto ignition fiasco. (b) Virgin and the elevator pitch control debacle. These are both serious cases of ‘safety’ – troubling, symptomatic indicators of very much deeper problems. The ATSB is supposed to pick these up these ‘hints’ and recommend some kind of remedy. Of course, if they can’t stop a large buildings on the runway colliding with aircraft – lest it offend the developers – then; no chance at all for ‘operational analysis’. No doubt the ‘new’ child adviser will explain it all in lay terms – so you can grasp the danger (political) these chumps bring to your well cushioned posterior. Then you can ‘safely’ sack the front row of ATSB (those that gave us Tyabb) and start again using the State based outfits and save a bundle.

“When you’re dealing with frauds and liars, listen more to what they don’t say than what they do.” ― DaShanne Stokes

Item last:- Quick and simple. Airspace. This is a national infrastructure – not a ‘for profit’ organisation. Understaffed where it matters. Loaded with incredible debt. KPI focused;and, – if legend ever be proven true – ever so slightly corrupt. Our ATCO’s are bloody good; world class – and worthy of a system which allows ’em to move traffic (save a bundle). Yet they live in straight jacket made of legal penalty and operational restriction with second world equipment; which, IMO, ties the dogs up at muster. Balmy? Oh you bet – just ask ’em. Never yet met a brainless ATCO; or one who wasn’t dedicated. They work for love of the job – same as aircrew. 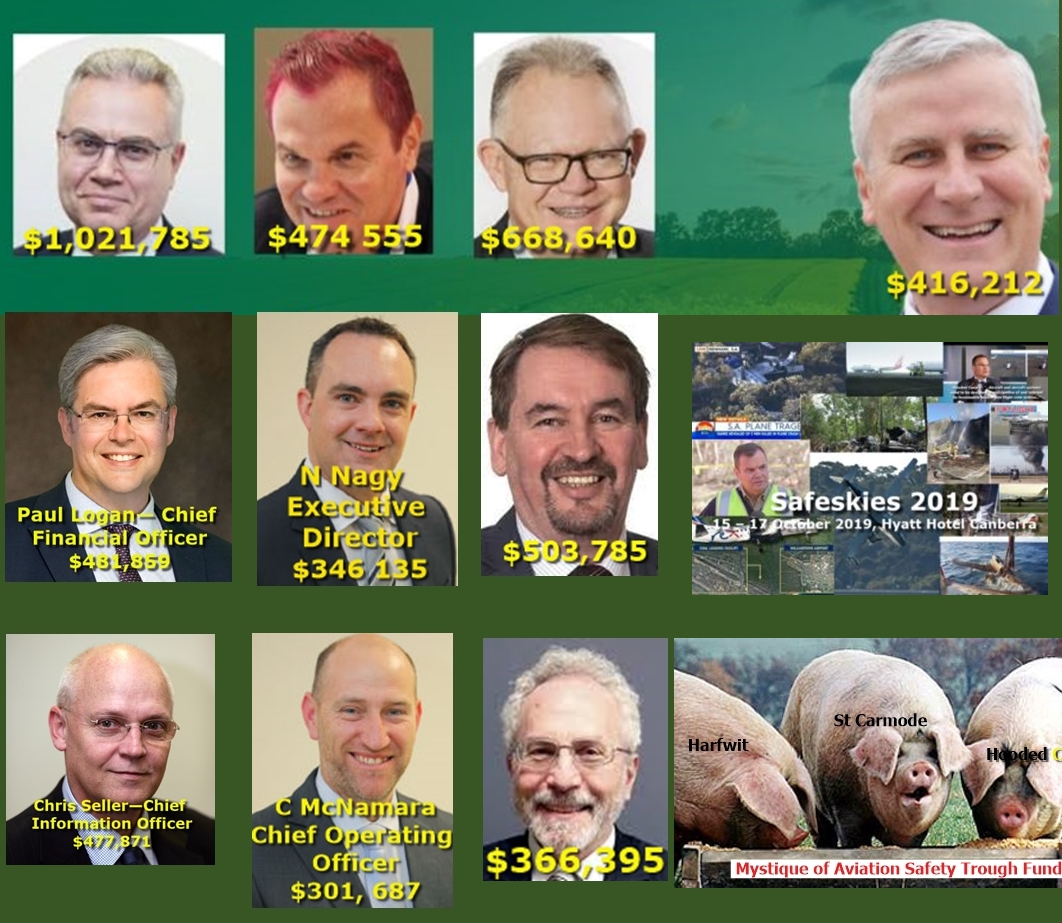 But enough; I have this week been continually delighted learning new ‘stuff’ – ‘cept ’tis old. At auction I bought a box full of 1800’s ‘moulding planes’ all shapes, sizes and condition. The craftsmanship is astounding, these things have been working tools for between 150 and 200 years; hand made, to last. Most certainly they’ve had a lay off going back many years. But: a clean up and a sharpen; no kidding – almost brand new, within tolerance of the normal wear and tear of a working life. P7 remembers his father forbidding even picking up these planes. Now I know why. Whilst sharpening is an art form  a proficient carpenter may acquire with a little practice – ‘setting’ the iron to suit the wood is a whole different world. Once set – at your peril do you disturb that critical tolerance between a lovey even shaving and a pig’s ear. I shall not allow children near mine; not now, having learned a small part of the ‘art’. If that was all it would be enough – but. The ‘selection’ of the ‘right’ timber is, in itself a mystic process. Grain, knots, texture and feature all of some importance. P7 watched as I carefully made the first – declared it acceptable and said “now cut it off”. This is now a vertical cut of1200 mm, with little wriggle room; for once the mould is free of the stock – it must be planed ‘true’. And so I stumble on – there are now two in the waste pile; but they will be the last – Inshallah. 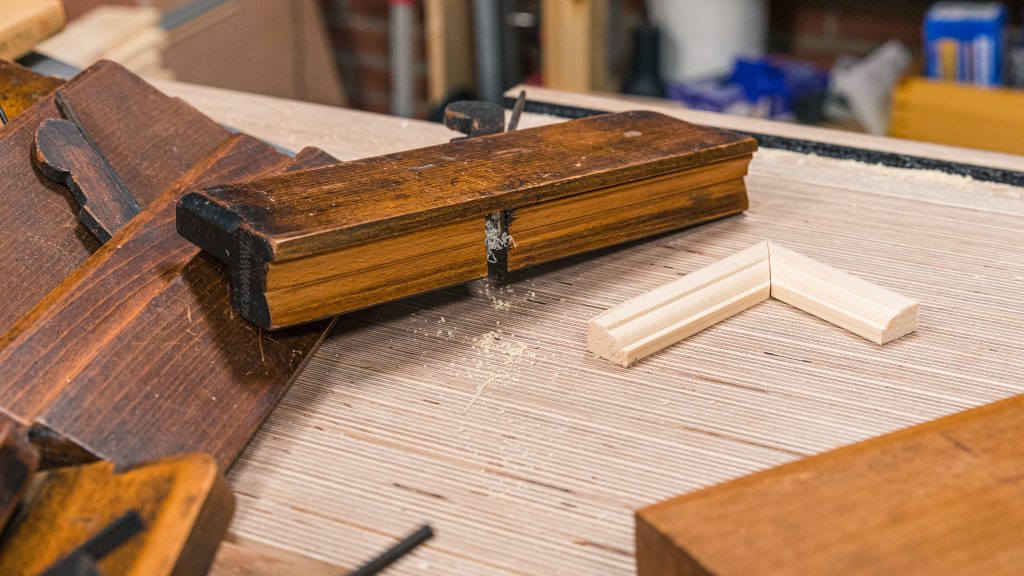 My bloody Ale has got warm – what’s wrong with these idle hounds? HOI! One farted the other opened it’s eyes and rolled over. But wait; I open the orchard gate, light an illicit smoke and; like magic – dogs to walk with. Glorious self isolation – long may it endure.