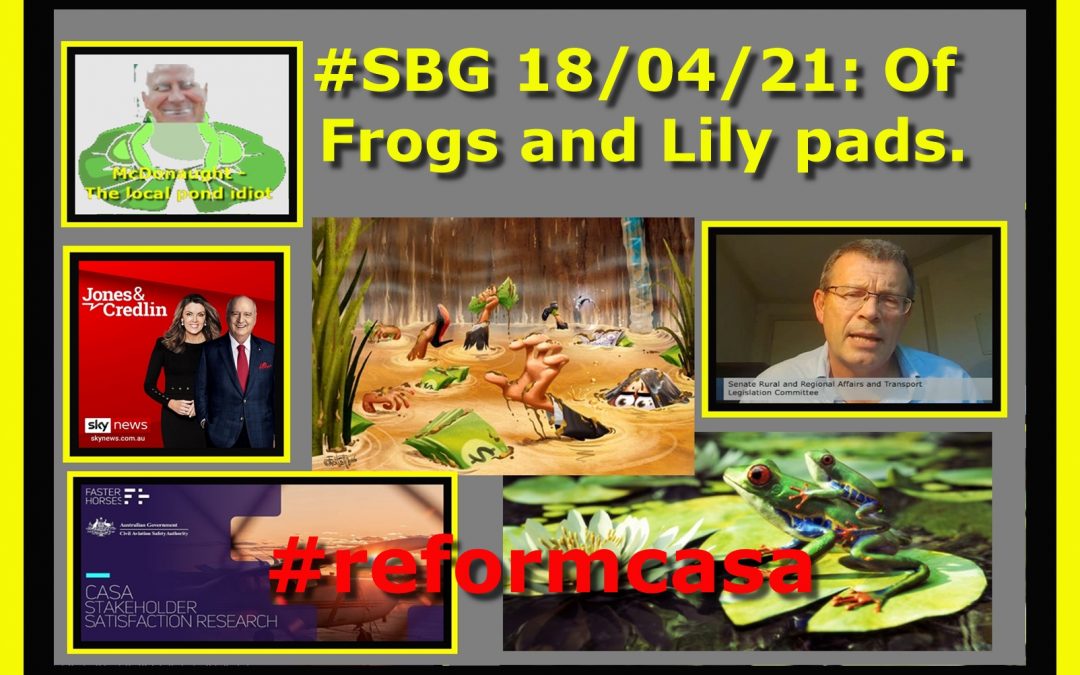 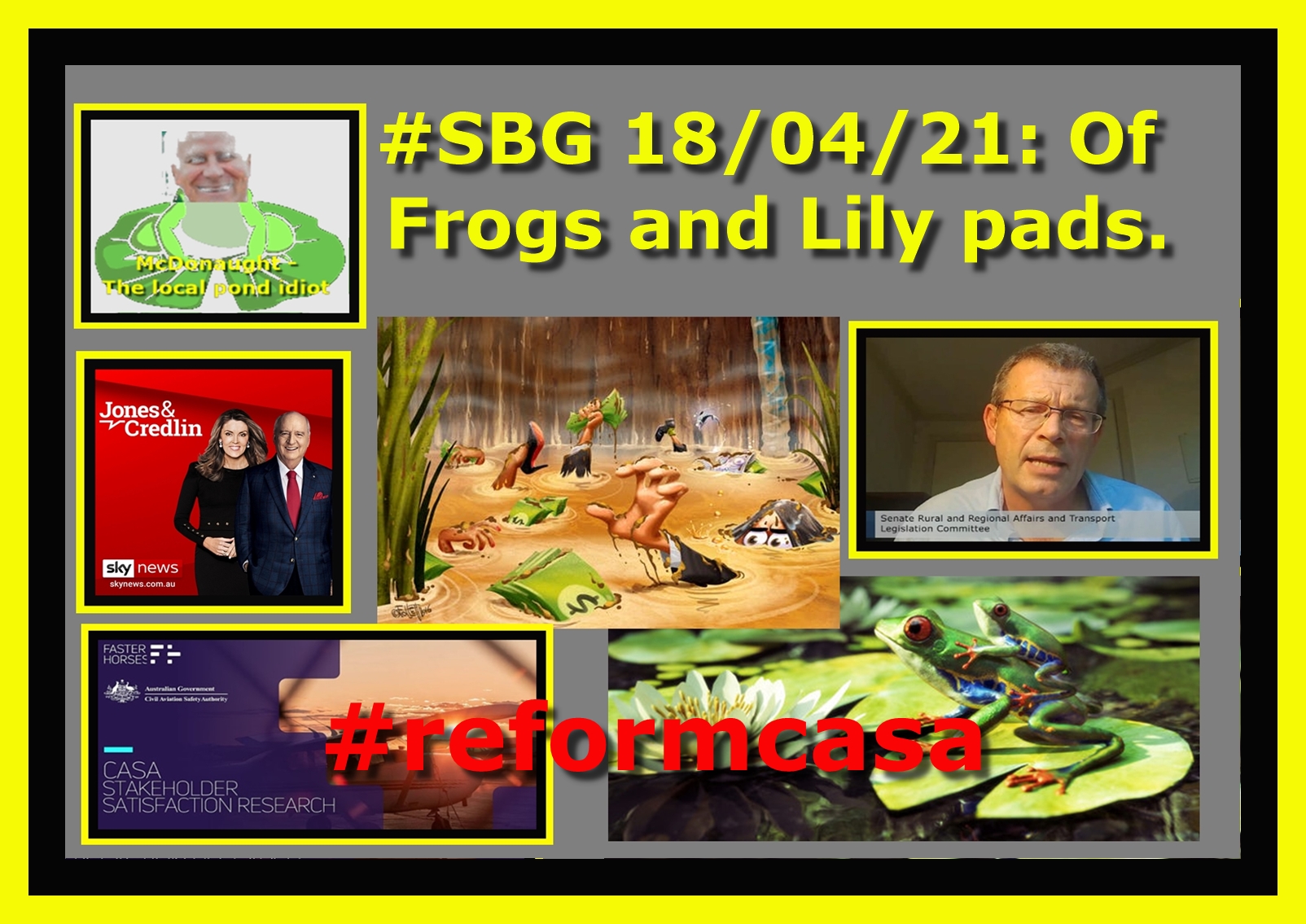 If you sit quietly under a tree, near a body of water, eventually, the local frogs get back to business. Until something else bothers them; then they all pipe down and sit very still and quiet until the ‘threat’ has passed by, snake, bird, human don’t signify; they all clam up until one of their own sends an all clear croak; and, away they go again. I fancy some of our fat, well fed Canberra frogs are sitting very still and quiet on their gilded lily pads, hoping the shadow looming over their swamp has passed them by.

But the great GBE swamp is under threat; the frogs are silent, sitting very still and not wanting to be the first to croak or move. When journalists and commentators like Credlin and Jones begin to rummage around in the great fraud and discover exactly how what, in theory, may have been a good idea has been perverted and twisted out of recognition; maybe something will be done by government to return the system back to some form of ‘control’ with checks and balances in place. Perhaps even making the minister actually responsible accountable. As it stands now, no one can put the brakes on the runaway agencies, ministers have abrogated all responsibility and department heads have covered their arses in Teflon coated stainless steel; everyone bullet proof – except the mug tax payer – well those who can’t afford the expertise needed to avoid paying taxes. I digress; that’s a different axe for another day.

Investigative journalists don’t need to look far for an example of this twisted, out of all control system; CASA being an all time classic example of the gross perversion of spirit and intent of GBE. A bonus though, there is little need to delve into complex matters to gain an understanding of how far off the rails the CASA train wreck is; Hitch (Aus Flying) has provided most of the evidence needed. You see CASA did a ‘survey’ through an outfit called ‘Faster Horses’ (anyone checked the company out? We did). The grandiose title of the ‘survey’ stand alone should raise investigative hackles – ‘Stakeholder Satisfaction’ (yuk)  HERE. 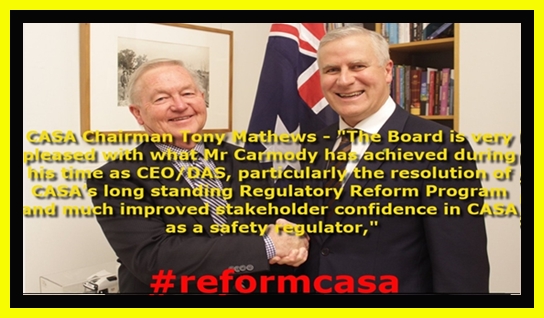 “I do know that the slickest way to lie is to tell the right amount of truth–then shut up.” ― Robert A. Heinlein, Stranger in a Strange Land

While you mull over the ‘results’ the band will play ‘believe it if you like’. Then, when you’re sitting comfortably children, and done with the bucket, I shall tell you a story. That the ‘survey’ is in existence stems from a serious Senate inquiry and an ‘independent’ report – so CASA are obliged to do it. So if the question is asked, ‘have you been good boys and done your survey?’ the answer is truthfully “Yes”. Classic CASA deception tactic. You see only a carefully select group are actually invited to participate; St Commodious nearly had kittens when ‘industry’ (general) got a hold of it. AOPA splashed the ‘survey’ about the place and St Commodious immediately withdrew it. Then the ‘new’ one was dispatched to the carefully selected 6,600 suitable recipients; only 755 taking part. Simple maths will give you a fair picture; even those selected returned a grim ‘approval’ rating. The minister dare not invite an industry wide accounting – no prize for guessing why not.. MTF.

“Almost all people are hypnotics. The proper authority saw to it that the proper belief should be induced, and the people believed properly. ― Charles Fort

While I’ve got the CASA drum out; a quick burst on the Buckley Embuggerance’ is in order. We finally managed to get a fair few of the BRB in one place; now, in truth, there are very few actual ‘Barristers’ in that motley crew; there are however several very (very) experienced in dealing with matters before a court or tribunal. The Buckley case was ‘discussed’ (again) the upshot being that one of the fellahin knows a couple of folk highly qualified to comment. In short: despite the reams of paper and etc. the Buckley case is, in essence a matter of ‘Administrative Law’ and a clearly cut one at that. Monday – all at work, approvals issued, business rolling along; happy as Claggy. Tuesday – someone in CASA has a brain fart. Wednesday – all change, tickets please, this train is terminated – unemployment and bankruptcy to follow. This must be a matter of ‘Administrative Law’ – BRB believe any other course is a hiding to nothing and a decade in court. FWIW – in our most humble opinion…

“Seldom, very seldom, does complete truth belong to any human disclosure; seldom can it happen that something is not a little disguised or a little mistaken.” ― Jane Austen, Emma

Item last – There was one question asked which caused dead silence (no small feat). Casually phrased by a relatively new IOS member “why is good, solid, practical advice  from industry experts being wilfully ignored by minister, department and CASA? Silence was the stern reply – we simply don’t know why. But – HERE – is an example of pearls before swine. 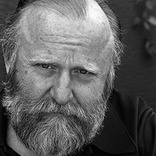 “Do actions agree with words? There’s your measure of reliability. Never confine yourself to the words.” ― Frank Herbert, Chapterhouse: Dune

No matter; the SBG is late this morning; someone had to clean up the stable after the BRB visit. P7 of course shares both blame and work; his idea. “I’ll come over and help with the blanket box” says he. “Great” say’s I. There are four corners to the box; each corner has 14 dovetail joints; that’s 14 ‘tails’ and 14 sockets to be marked out, hand sawed, chiselled out and fitted – 28 separate items x four = 112, so the offer of assistance was welcome. About lunch time he says “some of the troops are coming over tonight – thought we might have an indaba here.” Trap neatly sprung; but he does cut a lovely dovetail joint; so all is forgiven. Aye well; I need to order a new keg of Ale; the last one got a flogging, ‘the box’ is still in clamps with glue drying; so that gives me a day off, the horse needs a ride, the dogs a run and there are some left over sausage rolls; what a splendid, perfect way to spend a Sunday.