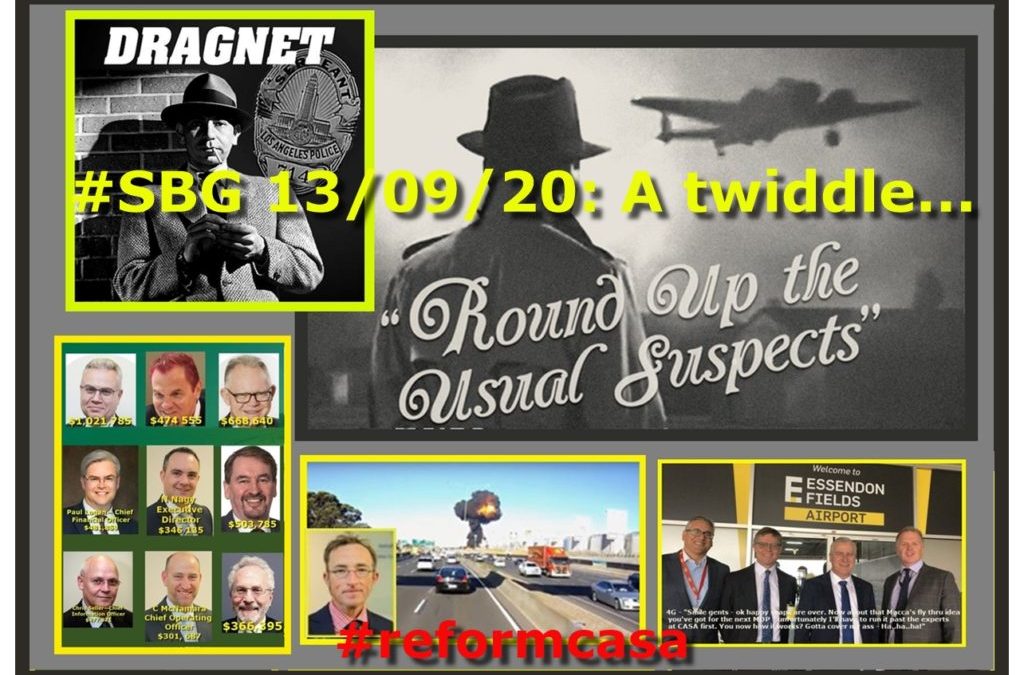 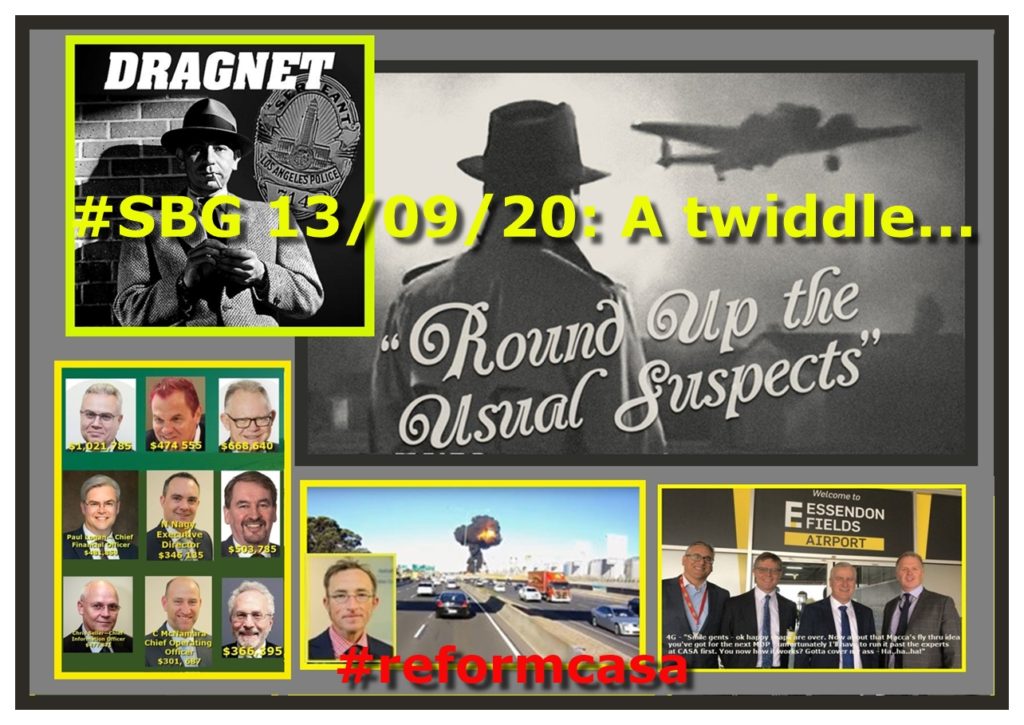 The beginning of our tale is one cold, foggy morning just before daybreak. A sleek ministerial limo glides to a stop in front of the discrete entrance to a small private – (very) air terminal. The driver, weary from an all night shift, slips out to open the rear doors, the smell of booze, perfume and a sickly, sweet musty smoke greets his nostrils as his passengers slither out, quickly adjust to daylight and head for the door – the one with a flunky beckoning. Our weary driver quickly scans the car interior; bags up the ashtray residual, two used condoms, and pockets two $1000 dollar poker chips, which he will add to the generous tip received ‘for his discretion’. The rest, he decides can be cleaned out on return to base by the 15 bucks an hour (after tax) crowd. Just as he’s opening the door to get back in; a highly agitated minion races out “wait – wait” howls the minion.

Our man waits:- “the Kirispy Kream doughnuts are not here; there’s hell to pay; here, take this and scoot round the KK and get a box full”. Our man has had enough of this crowd and has knocked off – “Nah” says he – “go get ’em yourself – just there across the tarmac – five minute walk – Ta-ta”. Here we leave our world weary driver, heading off to breakfast. But what of the minion? Well children; no cabs, not even a push bike – just lonesome shank’s mare – off he trots at a minion clip – eventually arriving at the entrance to KK heaven – alas; truck drivers and airport workers by the shed load form a seemingly endless queue and wait he must. Eventually his order is filled and he trots back to the VIP area to a hell of a bollocking, the boot and having his hard won treats flung at him by a furious VIP. “Something has to be done to prevent this travesty ever happening again” raged our VIP; “I’ll have a quiet word with someone”. End scene One.

Scene two – A little while later.

It had not taken very long for a ‘meeting’ to be arranged; our miffed VIP was to meet Don Reynard – undercover of a ‘good will’ tour of a city airport – and a deal was hammered out. Our VIP, completely focused on ensuring rapid, on-demand doughnut delivery – was happy to agree to Don Reynard’s seemingly innocuous demands. Hand shake – no paper work – the deal to sell off the airport was done. The taxiway was to be diverted to allow air-side access for aircraft to pull up, get the fresh product on board and resume it’s merry way to other important junkets. Hunky Dory and all good. 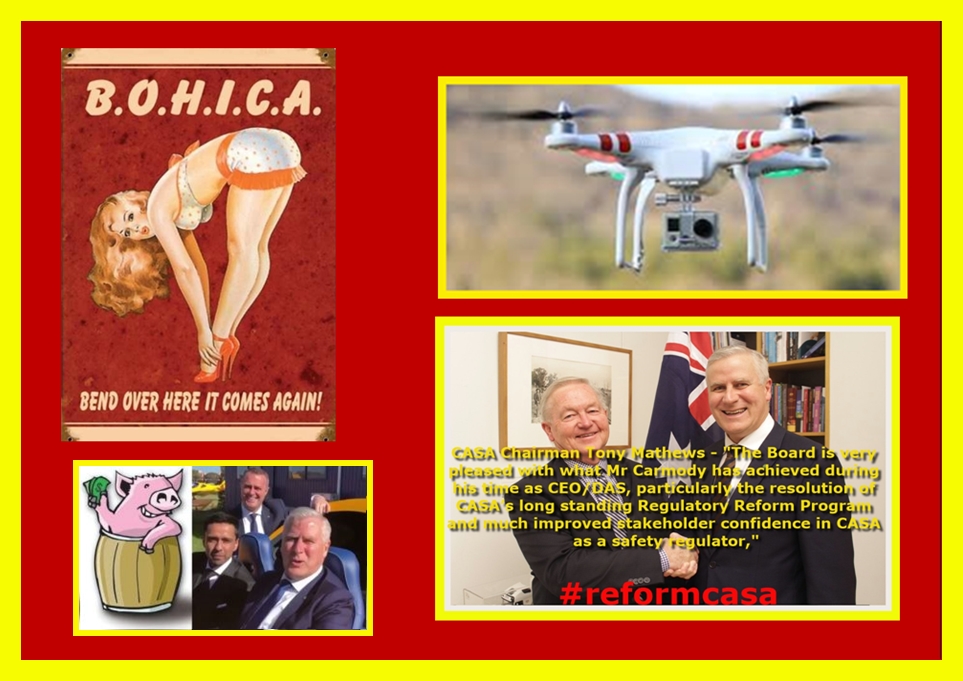 Ref: The Empire Strikes Back on UAV oversight

What our VIP had not fully grasped was the ‘scope’ for development afforded by his handshake deal; or the pots of money Don Reynard had invested – not that it mattered very much, well not until one day when an aircraft (dodging drone traffic) had the temerity to collide with a very profitable business building which somehow (whoops) had been built a tad too close to the runway. “Oh dear” said our VIP when the news filtered through. “You are knee deep in Do-Do my friend” says Don Reynard – brushing doughnut flakes off his latest ‘footy top’ – “you need to get this sorted – fast like”. “Not a problem” says our VIP – I have mate who owes me a favour or two – I’ll call him”. And so it was – the call was made.

Now, his mate had a mate, who had a mate; who rang another mate who owed a favour. A small time, wannabe gangster who wanted to play with the big boys. “Not to worry” says this worthy – “I’ll get a crack crew onto the job; wrap it up fast, blame the pilot and we’ll wrap it up quick smart”. Unfortunately; the best laid schemes of mice gang aft agley, and so it is with men. “Who approved that building?” called the heavies. Panic set in – calls were made, threats and bribes subtly applied or offered as required, never to be disclosed. No matter, a top team was put in charge, the mob’s best. Pete ‘Pencil-neck’ Smith, skilled numbers man; his brother Pete ‘Baby-face’ Smith top twister of words and world class sophist; backed up by a motley crew of the best ‘Yes’ men – who also had mates.

Well, the first jury has departed the fix – old age and ennui did for them; the next hand picked jury is still awaiting their 21st birthday – to be of legal age and by then, it won’t matter as the KK confection will be delivered by the drone squad operating from a backyard near you. So, boys and girls – you see, patience, time and good mates can see all your trouble vanish into history and – best of all – you get your doughnuts – hot and crispy. Now; ain’t that wonderful?

Aye, it’s a twiddle alright– a whimsical waste of bandwidth – but, to be honest, I can’t begin to get my head around the current mess we face – or the lack of any hope to have the direst of situations resolved. ASA’s million dollar Halfwit in the RRAT Estimates talking complete bollocks; ATSB with multiple ‘directors’ talking crap and (insult to injury) bringing ‘the ghost who walks’ back to the forefront after his treatment of KC; CASA in a leaderless tail spin gearing up to take on the Buckley debacle and drag it out as long and hard as possible; minister MIA; airports being built over; maintenance in disarray, pilot training an expensive, counterproductive shambles etc. The few who are trying to talk sense shut down, industry to terrified (with good cause) to say ‘enough’ and good men deserting the ship – even the RRAT inquiry is shaping up as the biggest non-event in a long history of ‘inquiry’. Nope; bugger it; I’ll stick to twiddles at least they fill some of the void. If; cometh the hour – cometh the man – then I’d say he’s (yes, yes or She {FCOL}) has missed the clucking bus; or, been thrown under it. Time this industry wrested control back where it belongs; far away from the current system. Never wanted to be an American (don’t like the beer) but I’d shift – just for a sane rule set and accountable accident investigation – I would.

But enough; perhaps – just maybe something will come out of the depths and shake this moribund RRAT committee into action – then again if Pel-Air, Seaview, Lockhart and Buckley can’t put a cracker in the donkey’s arse – alas……..Etc…….Amen……..Good night Nurse.

No matter – it is a ‘pretty’, fragrant night; flowers appearing, new growth emerging, the river is getting along very well indeed; flying fox squadrons overhead. If you sit still and quiet the pulse of life eternal can be heard, steady and strong through the land which supports it. The timber for the next job lays on the bench – four square now and ready for joinery – lay out tomorrow; cut and fettle’d ready for glue Tuesday;hell, I may get a day off Wednesday.  But the night sky beckons and I do miss being free in it, far away from surly earth below. Perhaps one day – soon.  ʾin šāʾa -llāh 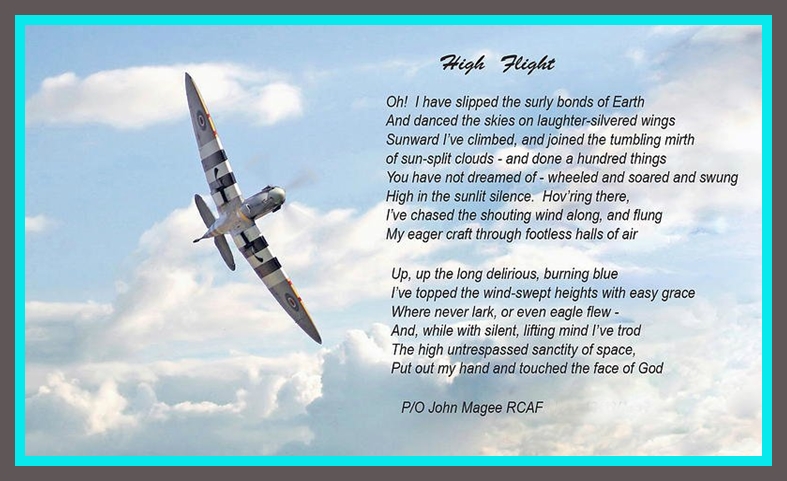