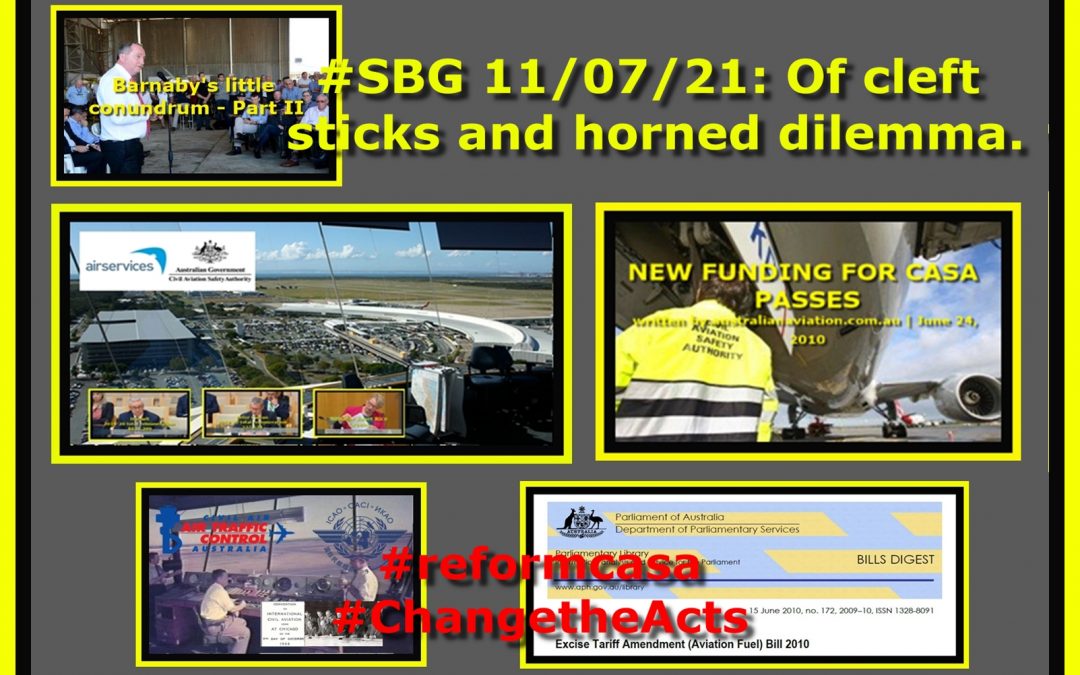 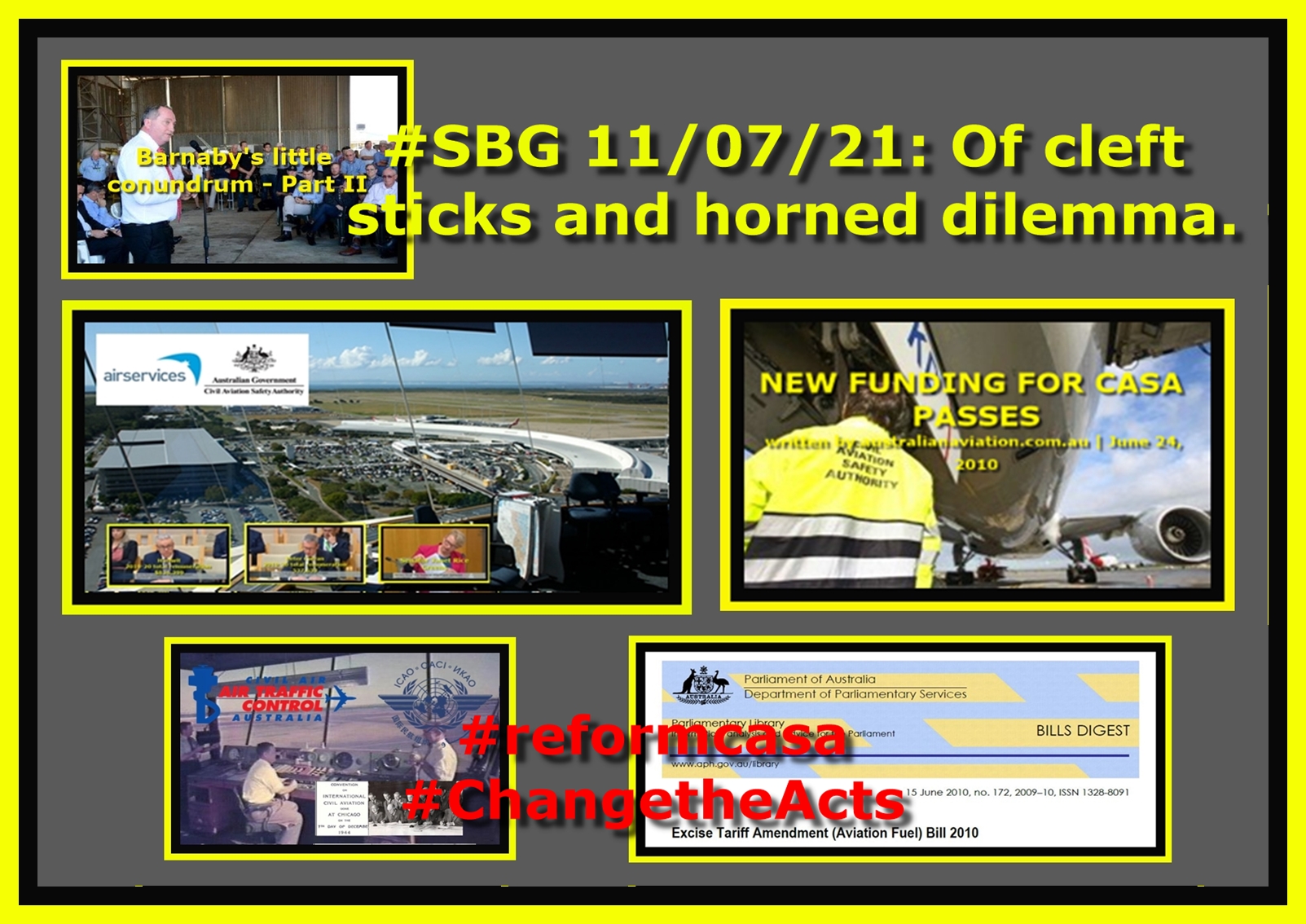 A Horned Dilemma. “Faced with a decision involving equally unfavourable alternatives. A mid 16th-century source described a dilemma as ‘a horned argument’ (after Latin argumentum cornutum ), the idea being that if you avoided one ‘horn’ of the argument you ended up impaled on the other.“

One could also throw the odd ‘Petard’ , or even two into that quandary. Plenty to go around for our so called ‘aviation safety agencies’. The cost of these ‘agencies’ to the public purse is phenomenal; seriously big dollar budgets. When one begins to add onto those allowances the additional fees and charges paid, its easy enough to see why the agencies are very ‘self protective’ and happy with the parliamentary Bi-part-insane lack of supervision. A law unto themselves and happy to be so; not even multiple, expensive inquiry has been able to curb or even sanction any one of ’em; despite the overwhelming evidence provided by industry. 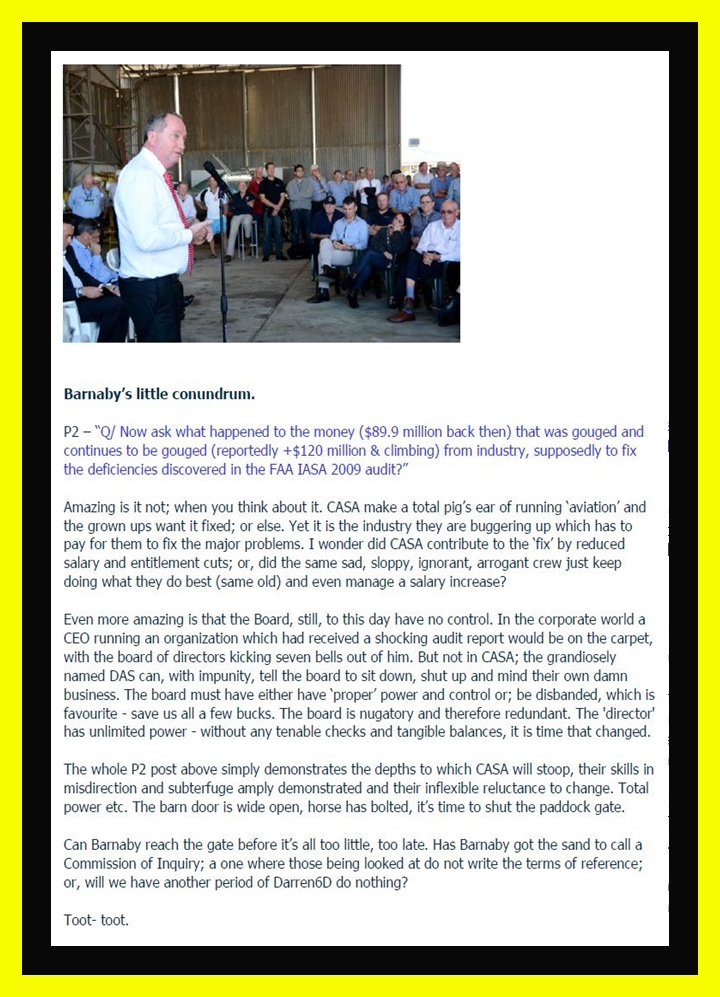 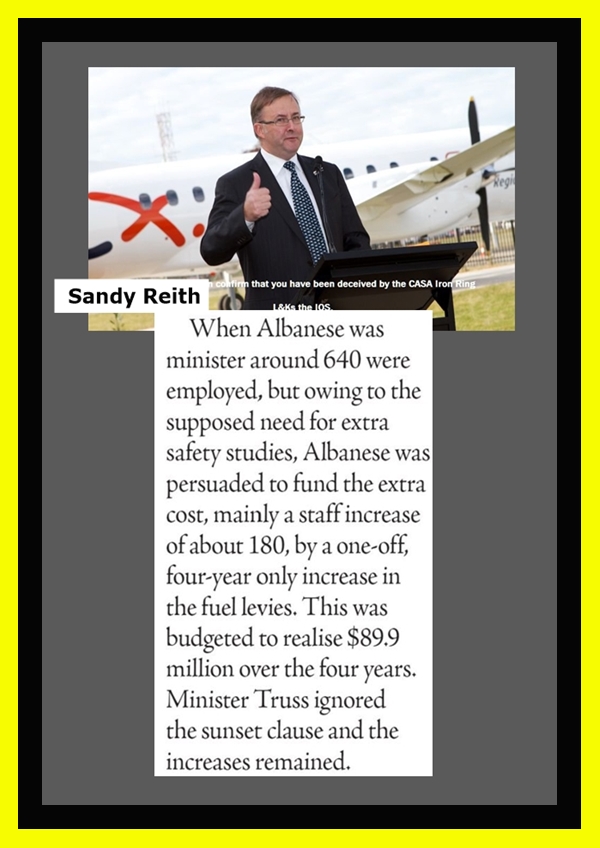 Small problem or two on the new horizon though; the goose which lays the golden eggs is non too clever; still trying to get over the pandemic we had to have. Take CASA for example. Sandy (senior BRB) has provided some fiscal insights – HERE -. Lets say, just for a number that the major airlines return to 33.3% capacity in the next twelve month; we can throw in General Aviation (GA) back to 25% capacity; that leaves CASA seriously overmanned. When you consider the chance of ‘new’ flight school start up, particularly in light of the Buckley fiasco – there must be a significant glut of CASA staff. Of course they could revert to ensuring ICAO compliant rules which would shed a number of expensive jobs as there would be little need to keep a stable full of ‘officers’ to ensure that non ICAO regulation was policed. Must be deuce tricky making sure that ICAO standards and best practice are not allowed to creep in. The blatant, holistic manipulation of ICAO and the Chicago Convention and the constitution must be fostered – too many red faces otherwise.

“So, in the interests of survival, they trained themselves to be agreeing machines instead of thinking machines. All their minds had to do was to discover what other people were thinking, and then they thought that, too.”― Kurt Vonnegut, Breakfast of Champions

But, there’s a dim light in the distance for CASA are supposed to ‘oversight’ Halfwit and his merry band of KPI collectors. P2 has been at the QoN – HERE – which, stand alone make for interesting reading. However, Senator Rice is – GREEN – and, without being rude, we may safely say would not know an airways clearance from an STAR if her very life depended on it. But she in not bound by the Bi-part-insane automatic sanctions parliament allow our ‘safety’ agencies. The lady is being provided with some very, very sage and solid advice and questions. One may read a little between the lines in those questions – the big ones cry out for answers – back to ICAO compliance – again. All well and very good; those questions demand answers – but just beneath the surface there is a sense of ‘poverty’ looming behind the facade. The one pie Big Sky failed scam is biting deep. ASA have no ‘airspace designers’ worth the name; and cannot afford to bring in the consultants needed. Halfwit blew the budget on his wet dream – the rest of the money goes West on his million a year salary and KPI bonus schedule. But I just love the response to PQN 279 – Brisbane parallel runway and approach paths / ICAO compliant.

“It was committed to the Civil Aviation Safety Authority for endorsement. Whether that actually directly linked to ICAO I would have to take on notice…” 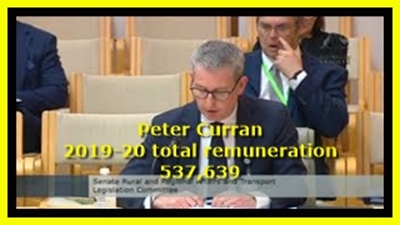 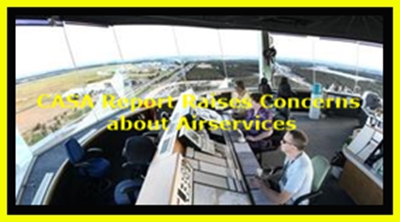 Think on – ASA have NDI whether ‘that’ directly linked etc. Then’ they, our expensive ‘airspace regulator’ have to pass it in to CASA (FCOL) for ‘endorsement’. Bwaww Haw Haw – Not to worry, but just for a laugh it is worth reading the QoN carefully constructed by real experts. Choc Frog CA methinks.

Aye well; there’s our million a year Halfwit in a financial cleft stick, trying to brazen and bullshit his way through the debacle, deficit and non compliance with the ICAO treaty (to save a few bucks); very neatly (IMO) hoist on his own petard. Which leaves Ms Spence and the new minister on the horns of a fairly prickly dilemma. It can’t go on can it. The whole pantomime is in tatters, the players worn, wearing and not making much of their roles. 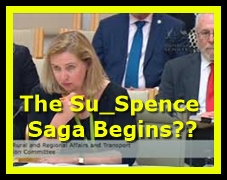 Life’s but a walking shadow,
a poor player That struts and frets his hour upon the stage,
And then is heard no more.
It is a tale
Told by an idiot,
full of sound and fury, Signifying nothing. ― William Shakespeare, Macbeth

But how to radically change it all around? Return to ICAO compliance and release an industry from the manic toils of the current regime? The answers are there – supplied by the ‘professional’ bodies – free of charge – in the hope that someone, somewhere grows a set and do that which is needful. 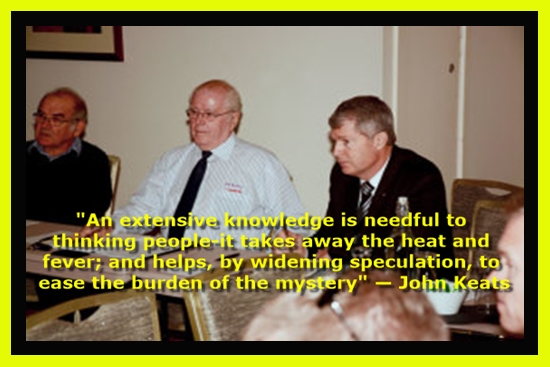 Its quite alarming to see a mop of Auburn curls materialise at exactly the same height as the wood in vise – particularly when you are about to thump a very sharp 1/2″ chisel into a deep mortise with a heavy mallet (wasn’t messing about – 4″ through hardwood). I halted the strike and looked down into an impish face, further inspection revealed  slim arms, one draped over each the dogs necks. Time flies though don’t it. Seems only yesterday I finished the cradle in which the then babe was rocked to sleep. Of course all work was suspended during the royal visit; which ended only after a tiny nick on one knuckle had been blessed with about a gallon of Dettol and enough bandage to do a Pharaoh proud. I wish I could paint – large man sat on a rough workshop stool at a workbench; ankle deep shavings and dust; two large dogs watching every movement of the wannabe Florence Nightingale. Aye, such things make this life worth the living – even worth the odd scratch from a clumsy hand.