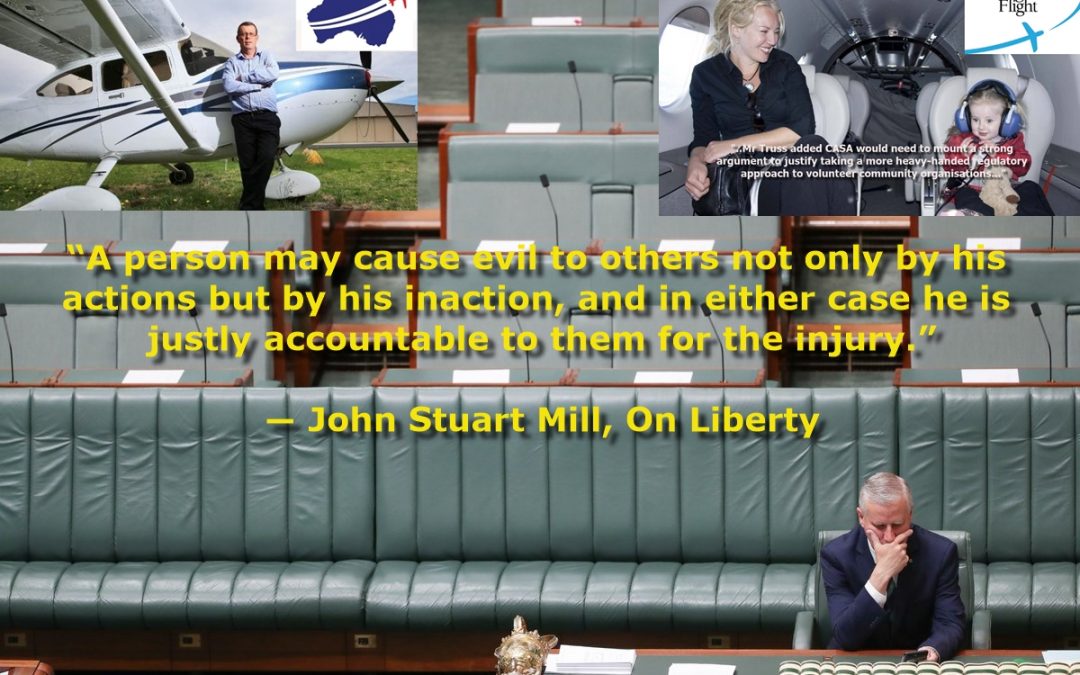 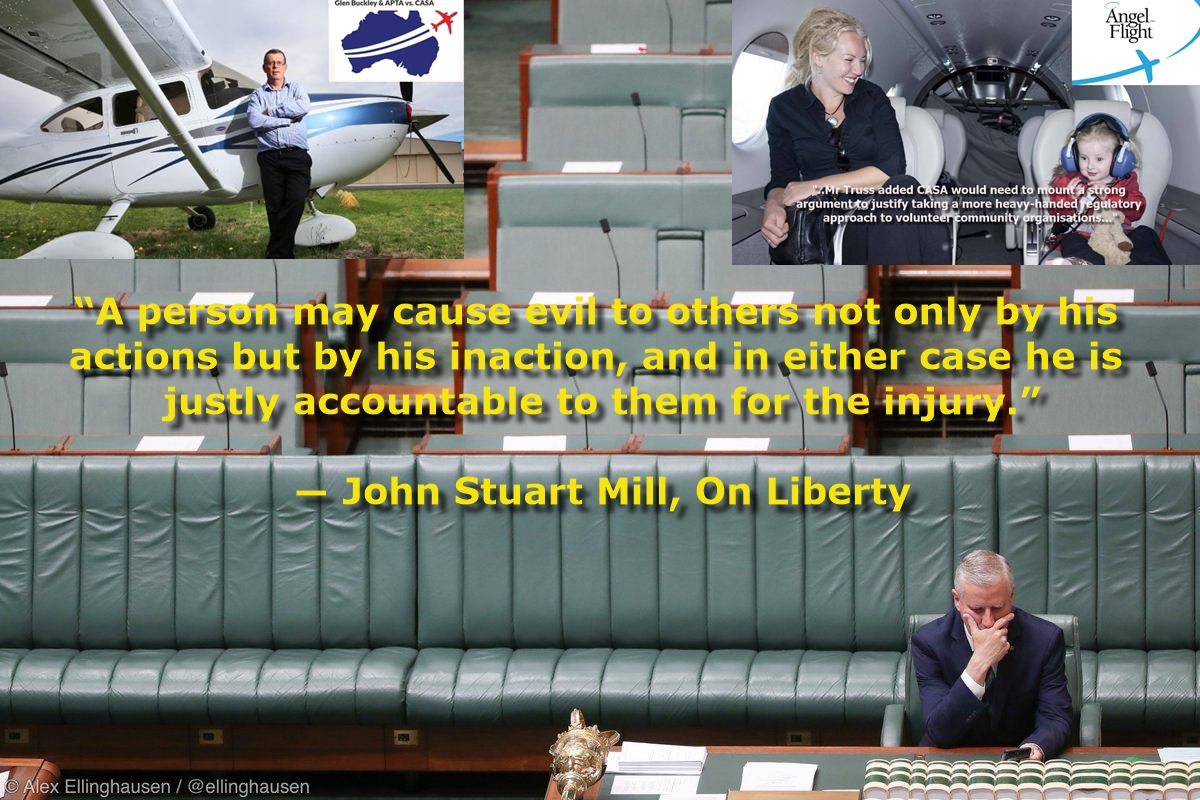 “All the world is made of faith, and trust, and pixie dust.” – AP Forum version. 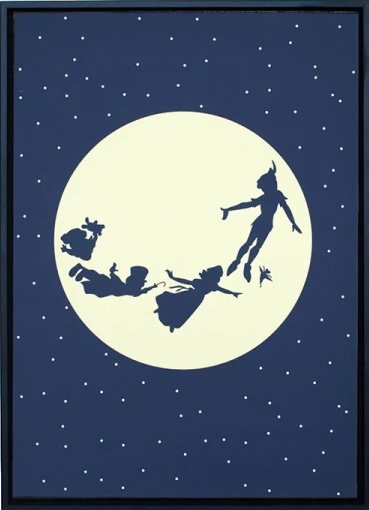 Faith – the dictionary defines this as “a complete trust or confidence in someone or something”. As a trading commodity with the incumbent minister and by extension the government, including the Senate and its committees; it is reasonable to state that the aviation industry is bereft of it. There are many good reasons for this lack of faith; all supported by history and unimpeachable evidence. This industry has, consistently, upheld its end of the ‘faith’ deal only to be constantly let down. A flurry of words, rhetoric, open ended promises and policy; even to being hoodwinked by the hoary old axiom of ‘Bi-partisan’ agreement. All Flim-Flam; a costly charade, designed to cover the orderly exit from ministerial and government responsibility. 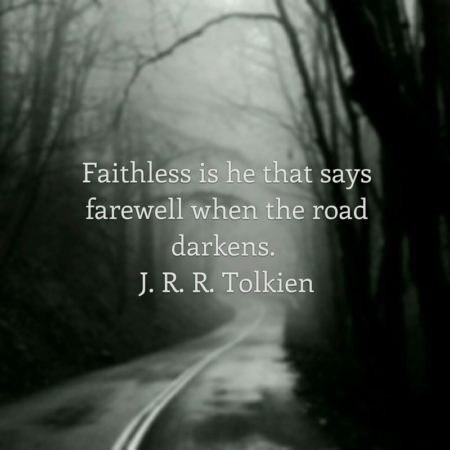 Trust- the dictionary defines this as “firm belief in the reliability, truth, or ability of someone or something”. Once again, another commodity in short supply. This industry should, indeed has, a perfect right to have ‘trust’ in its government. History begs the question – how? Three decades of betrayal, expert effort and common sense wasted while government hides behind the skirts of their anointed experts. How may we even contemplate trusting a government which, having being guided by rouges and charlatans, with an agenda, cannot be bothered to ask a simple question – “How goes it?”. Oh, some of the ministerial ilk have deigned to raise a well manicured eyebrow; some have even made blood curdling threats; alas, to no avail. We have seen Royal Commission and inquiry and serious questions raised; much sound and little fury – resulting in sweet bugger all when the noise stops. Really? Are we expected to ‘trust’ a bunch of patronising, self interested folk who can say ‘we scoured the world for the best’ and leave it at that; responsibility over. A cynical man could say they simply bought the best ‘protection racket’ and happily pay for that protection. Ergo, NO blood on ministerial hands. Stellar, absolutely bloody lootly ducking stellar. Real aviation safety has become no more than a con game, no more real than a PR exercise, protecting the real villains.

Pixie dust – for those who doubt it’s existence; or, ministerial addiction, look no further than the unbelievable Glen Buckley story. Yet there it stands, shrouded in all it’s own horror. The tale is not a simple ‘one off’. It stands as a stark reminder of many other closed businesses, all burnt at the stake of ‘safety’. Countless jobs lost, millions in revenue, dozens of lives lost – and for why? Simply because those supposedly responsible to the voting nation for ensuring ‘safety’ have allowed a monster to not only grow, but hold sway, through abrogation of government responsibility to those who travel by air.

“But a lie which is part a truth is a harder matter to fight.” ― Lord Tennyson, Alfred.

There exists a long list of travesties inflicted under the guise of ‘safety’ as defined by the expert ‘advisors’ to government, all supported by clear evidence that the majority of the public are not, as yet, aware of. The only solution available is for the government, in all it’s might to take the Buckley case to heart, embrace it and realise that through believing in the expensive Pixie dust, that they have made a terrible error. Redemption is at hand should the current government choose to look hard and long into the manifold, legitimate, demonstrable claims the real aviation industry ‘experts’ have against the current, out of control autocracies, those purporting to be ‘running’ the system. Horse pooh!

Buckley; the tip of an iceberg – easily beaten into the dirt without meaningful government intervention. Angel Flight, decimated on some pretty fanciful arithmetic. Another short, pointless inquiry; short on horse power, offered as a placebo. Bollocks. The orchestra is playing; time to face the music. Governments have encouraged, paid for and allowed, in the name of self protection, a monstrous anathema to grow – in self interest. Claiming ignorance is not, so far as I am aware a legitimate excuse in law. Industry has been warning ministers for a long, long, angry, expensive while now. Will this case be the tipping point? It bloody well should be. Disgraceful and a national shame, sheeted home to an incompetent minister.

Yet ‘we’ are expected to put our faith and trust in another RRAT half briefed, part aware, rushed, short notice ‘inquiry’. Will it, once again, go the way of Forsyth and the Pel-Air? An internationally disgraceful spectacle of deceit and obfuscation? Taking the Mickey (again)? My Tote board say’s yes. My two bob’s worth clears my conscience; and, the conscience of others is, most definitely, not my concern. Purview of priests perhaps –well, those not in goal, that is.

“How pitiful is an intelligence used only to make excuses to quieten the conscience.” ― Ignazio Silone, Bread and Wine

I know, I do: and, no doubt some pencil neck, tie shunning, agenda pushing CASA hero will continue his campaign of embuggerance, through devious channels to perpetrate the myth of his own omnipotence. But, eventually the evidence will be heard by those who realise the true nature of embuggerance; and, the nation will realise the colossal fraud perpetrated on the Australian public in the name of ministerial deception: a.k.a. ‘Safety’. Reminds me, must say Goodnight to my good mates Eric and Malcolm; never far from my thoughts you guys.

Aye well, tedium rises. No matter, a new day promises. Mortises have been cut in the rails 4” (deep) x 1” (thick) ready to take the Tenon’s; but, before that, the stiles must be planed to ‘balance’. A beam of that weight must be trimmed down to an almost perfect balance point, lest the stable door ‘sag’ due to the simple math of ‘balance’. There is no formula for this – hinges can only realistically support a given amount of weight, long term, so balance is all important. Sat on my bench are three of the heavy, wide + ½ blade Stanley planes; the youngest circa 1930, razor sharp and tuned. Four hours of a short life invested to make sure the tools are fit for purpose. Good investment, by my reckoning; time well spent to ensure a difficult task is completed as well as may be (Gods willing – weather permitting). A pilot’s prayer?

Away dogs, a waxing crescent moon and a cool midnight stroll to clear the mind strongly recommended.