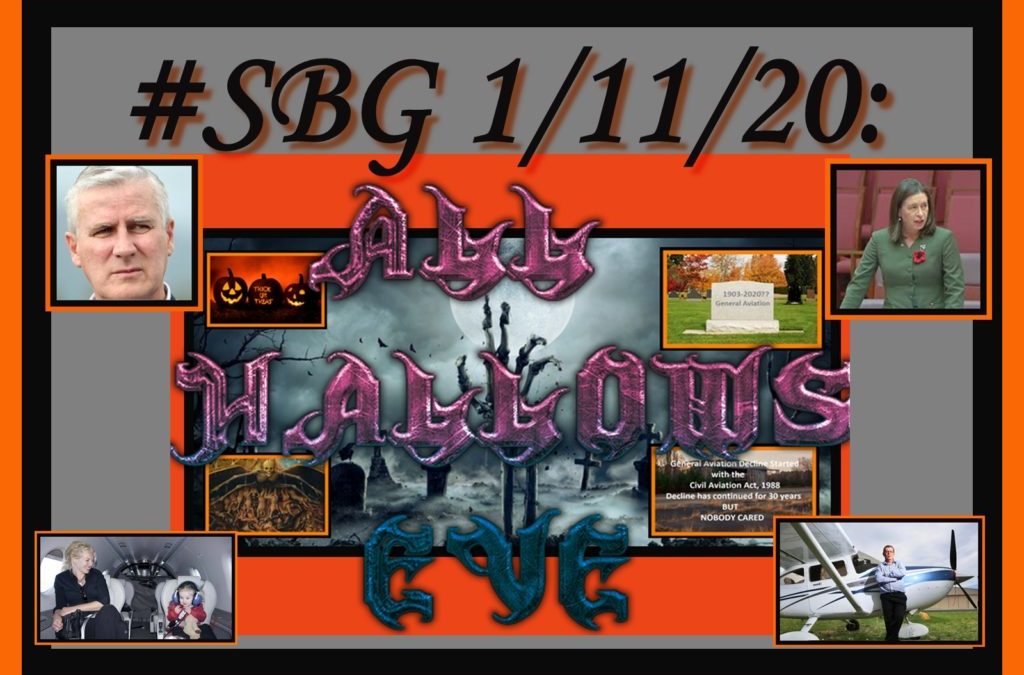 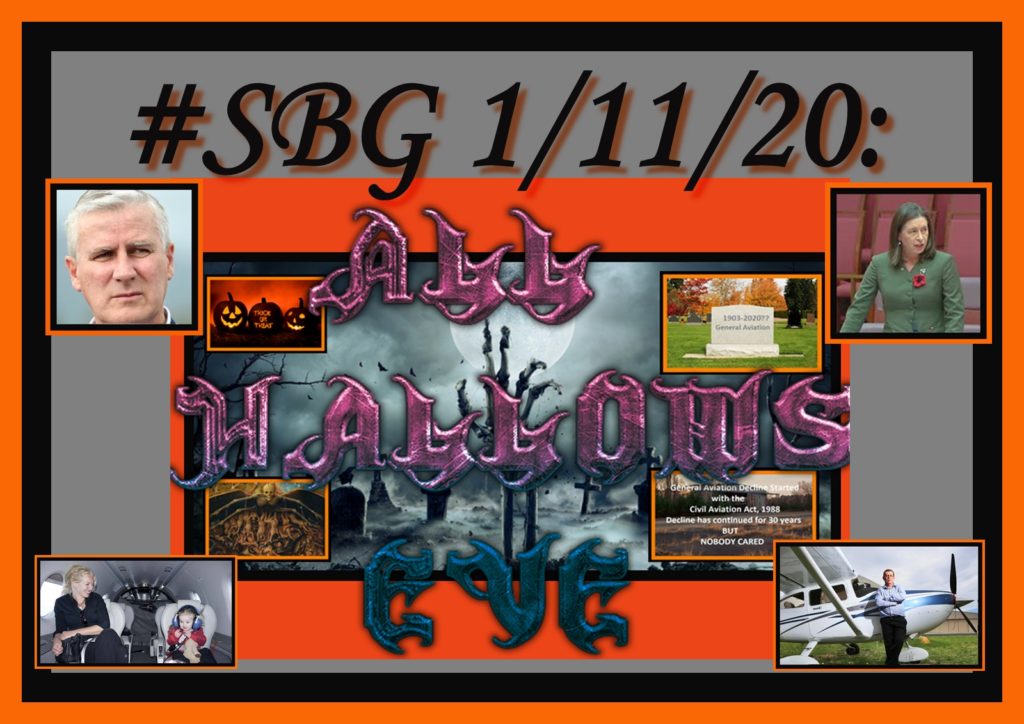 Ref: https://www.australianflying.com.au/late…asa-and-ga & Well. Are we; or, are we not on the cusp of change?

All Hallows Eve – and, a whimsical twiddle. – AP Forum version.

The real one, not this American commercialised travesty. 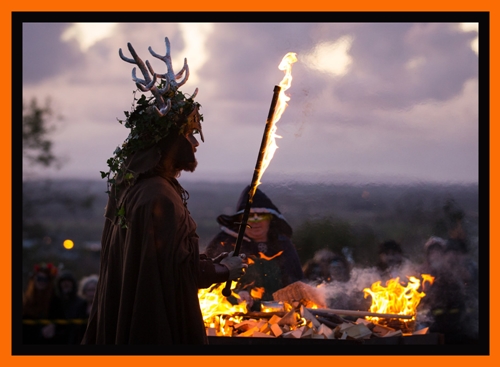 “It is widely believed that many Hallowe’en traditions have evolved from an ancient Celtic festival called Samhain which was ‘Christianised’ by the early Church. Pronounced sow-in, Samhain is a Gaelic word meaning ‘end of the summer’. This festival is believed to have been a celebration of the end of the harvest, and a time of preparation for the coming winter.”

It seems a timely reminder that an aviation ‘winter’ season is on the cards. But, its summer in Australia; not the bleak, cold, dark long nights of a Northern European winter. Metaphorically however, as matters aeronautical stand, the prospect of a long, hard winter is a definite reality; unless someone, somewhere extracts the digit.

In Hamlet Marcellus trots out a well known quote – “Something is rotten in Denmark”, the implication drawn from a Turkish expression that a fish rots from the head – not the tail. ‘Tis but a clever way of saying nasty things about those at the top – but; it ain’t ‘right’, not by a long shot. 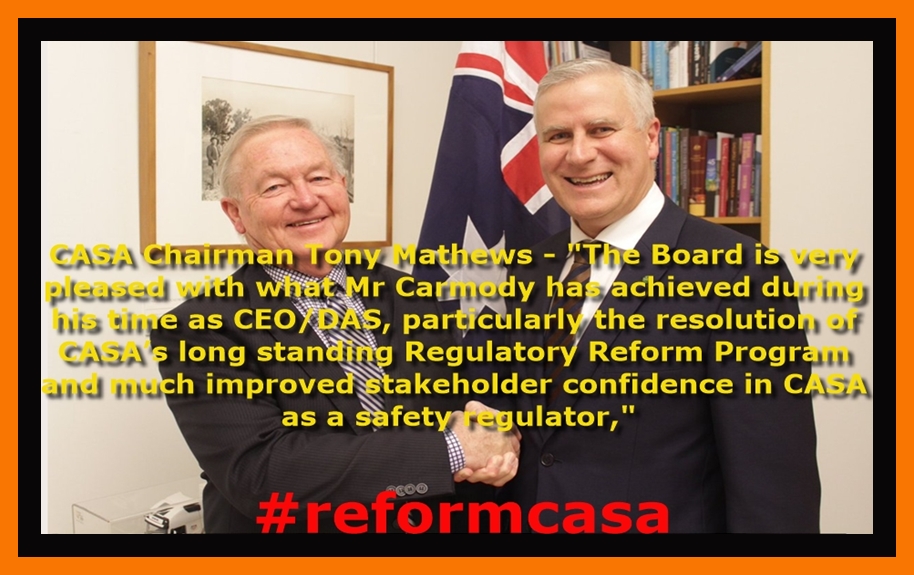 “The proverb isn’t a lesson in piscine biology. The phrase appears to have been used in Turkey in a metaphorical rather than literal sense from the outset. That’s just as well as, in reality, it is the guts of fish that rot and stink before the head.”

If, in this transport of whimsy, we consider the argument that CASA is a dead animal. What then do we make from the decomposing mass? Much in the way nature manages things; the micro world get the first feast – internally – guts and brains the first to go. Then the insects, blow flies and such ensure that there ‘get’ has a good start; then ‘carrion eaters’ toddle in for whats left; all messy and smelly – but all part of the real world. At the end of it all – what remains are the bones – the skeleton and teeth – stripped bare – but all fated to last a good long time, rattling about the place.

“Vultures are the most righteous of birds: they do not attack even the smallest living creature.” Plutach.

And that, is what the Senate committee are in reality examining; the skeletal remains of a thing long dead. It was ailing a long while without either the aid or succour so critical for long periods of illness; only surviving on massive injections of cash; which, relieved the symptoms but failed (dismally) to cure the radical cause. Once it was weakened, bacteria grew stronger and moved in, vital fluids were leached away; then with death came the ‘converters’ every foul thing got a feed – leaving nought but the skeletal remains of a sick beast, which, in it’s death throes created havoc, mayhem and did extensive damage.

Ref: Perhaps a light at the end of the runway?

“The physician prescribes the medicine, the vulture waits for the body.”

Aye, I know – esoteric in the extreme; ’tis but whimsy; and yet when you consider and analyse the last thirty DCA/CAA/CASA years, clinically; properly, the slow, but certain death of a once fine thing is writ large in it’s history. In it’s prime ’twas a mighty beast and helped this nation develop a fine tradition, some of the world’s best pilots and some remarkable safety milestones. What the Senate Committee is attempting to examine, ‘post mortem’, is but a pale shadow – a ghost – of a once fine, robust legacy: now diluted, manipulated, exploited and thoroughly bastardised by self interest, rather than ‘interest in industry’.  Hell’s Bells 80% don’t which end the smoke comes out of and 60% could not fly an aircraft if their very lives depended on it.

Life or death – it all come down to the flip of McDonald’s coin. Will we all on ‘All Hallows Eve’ celebrate the dead bones of what was; or, at the funeral pyre say ‘fare-thee-well’ to the old bones and celebrate the birth of new model. There’s hope yet. The interim report will (make no mistake) either trigger a regeneration and hope; or ring the death knell for a once proud, happy industry which asked no more than be allowed to flourish – and maybe have a safe, serviceable aerodrome to land on?

Yes; I know, I rattle on a bit. But it seems to me politicians survive on ‘words’. God’s know I have no deeds done which can, perhaps, stop the slow, but inevitable, painful lingering death of a ‘good little earner’ and an asset to to this nation. But I have tried. 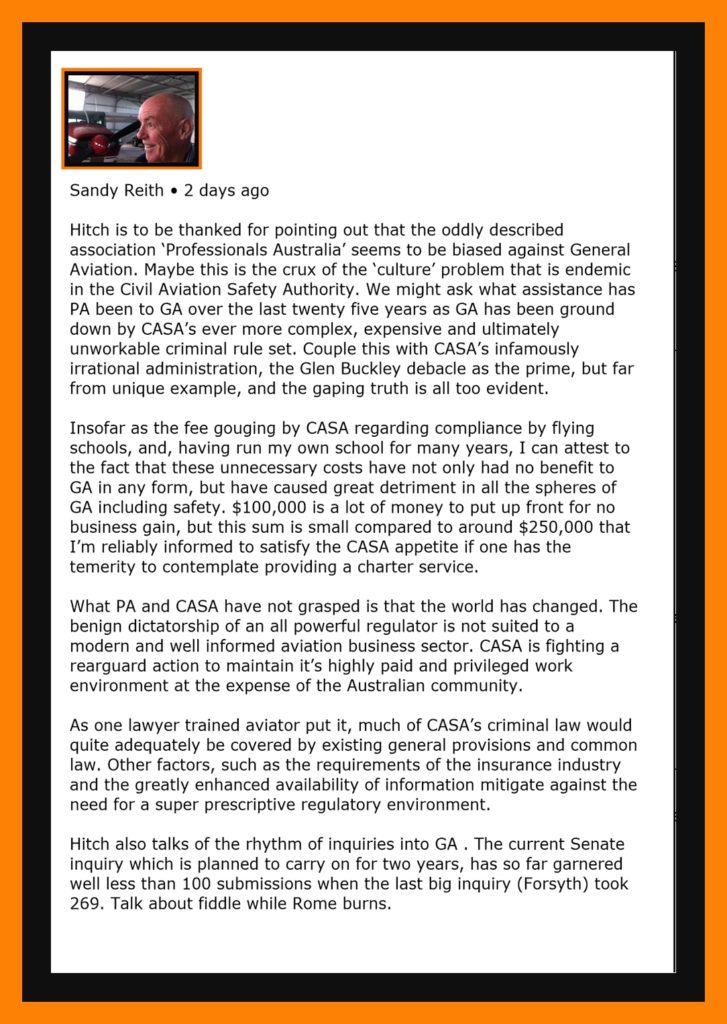 Aye well, enough- P2 has provided, once again, all the detail, data and research. Hitch has spent his two bob as pleased him best. Angel Flight continue to struggle, Buckley is no further along and yet despite all the volumes of valuable information, advice and ideas to ‘sort it out’ – nothing has really changed. Perhaps we should trade in aircraft and dreams, buy a couple of backhoes and start a business burying the corpses, those still remaining unshriven, of the once productive independent Australian aviation sector. Well that or bring in some ‘realistic’ qualified for aviation management, the FAA rules and begin again. Did I mention that the Kiwi’s did this, much to their credit and national well being. While I’m at it – we simply cannot afford the present regime – the ‘cost’ is exorbitant the returns almost non existent. There will never, not ever again be a better time to get the ‘mess’ sorted. There – all done now……..

I’ve lit the lamps (Oh yes, old fashioned ones, on the walls) – the sandstone comes alive, the old stove crackles and glows almost dull red; storm clouds rumble along their pathway – rain in the slate roof – gutters chuckling merrily – all is quiet. I ‘married’ an end rail to the coffee table top with dovetail joints, then ’rounded’ them over, so the grain and figures melded – even if I say it myself – it looks stunning. So, I will sit quietly until the dogs stir – they have a canny sense of when the rain will ease’. But until then – a smoke, an Ale and time to just sit.