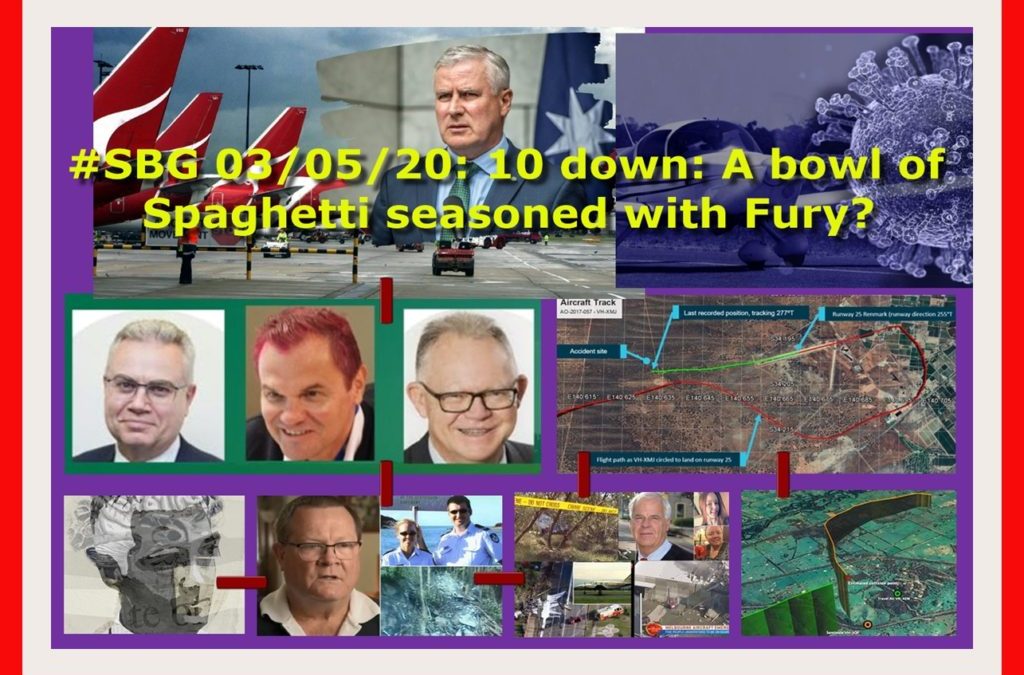 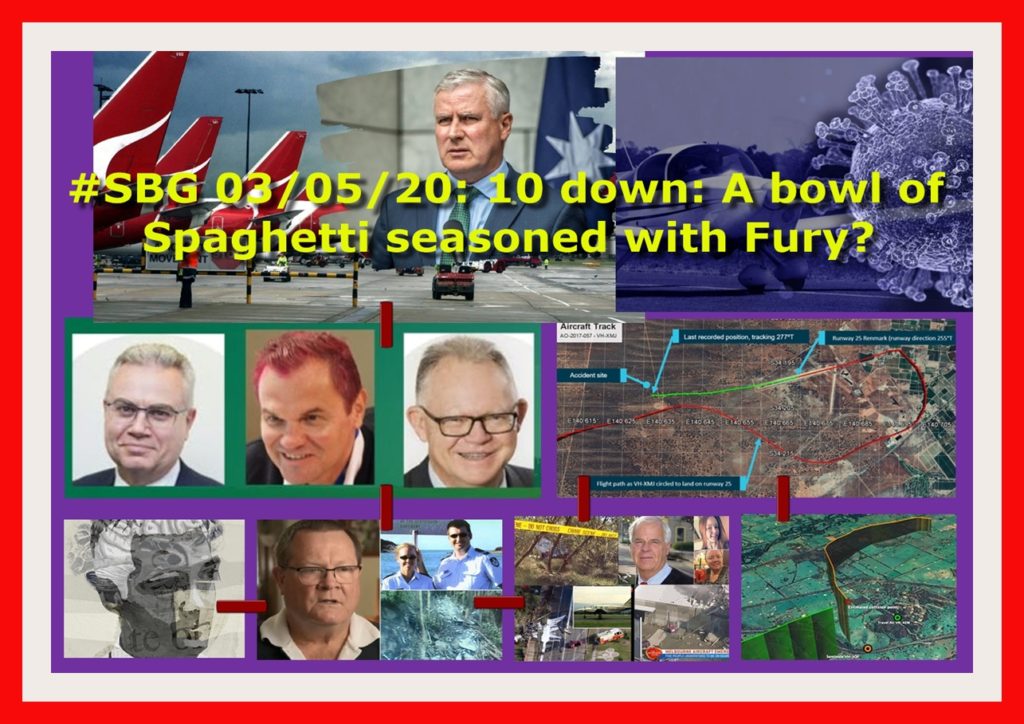 10 down: A bowl of Spaghetti seasoned with Fury? – AP Forum version. 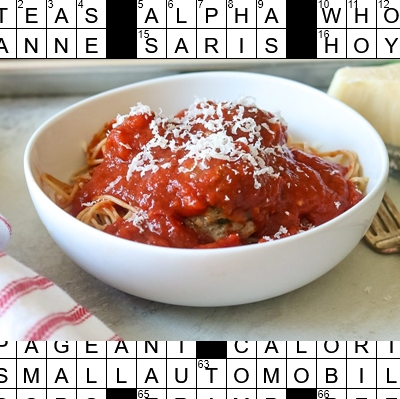 There it sits; covered in sauce, the fragrance of herbs and spices wafting through the cheese as steam. How does one begin the ultimate challenge of reassembling the bowl to original items? Extract each strand of Spag, clean it, dry it off and put it back in the packet, pristine? You simply can’t; can you. Yet it is the closest, simple analogy I can find to describe Australian aviation oversight. Where does one even begin to unscramble the shambles? Currently, there are (metaphorically) three bowls of spaghetti on my desk.

The Air Services sea-food version, which smells slightly fishy. The ATSB vegan version which smells of old tennis shoes; or, the CASA offering which looks and smells like it came from a Kiddies play group learning to cook. (Sigh) – No matter, we must try to unravel the secrets of their recipes, it has to be done. So grab a fork and a large napkin, the bucket is handy under the bench

Let us begin in reverse order with the CASA offering. The inimitable Phil Hurst, with the full backing of his cast and crew, made the only statement which matters to a connoisseur. 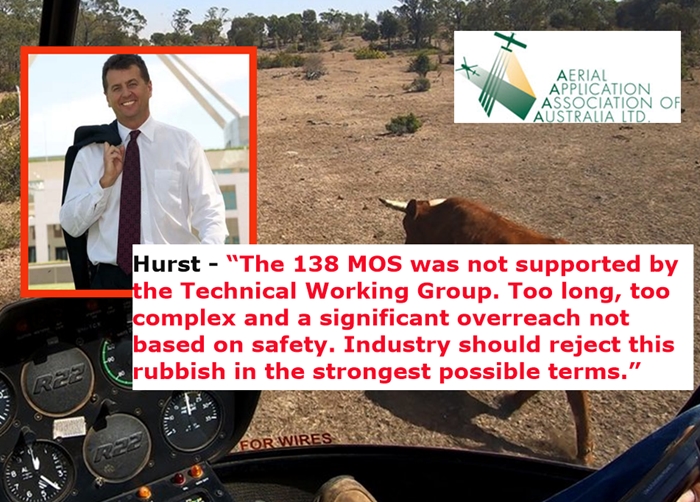 Halle- bloody – lujah and Amen. Brilliant. Stellar. Wonderful. Finally, at long last; someone had the support (and balls) needed to tell CASA to bugger off. Ducking well done, Bravo, keys to the Tim-Tam cupboard. The real ‘experts’ in the field REJECT a CASA version of ‘how to’ and collectively stand up to say No-Way. Now how (finally) bloody good is that? How would thing’s have be different if all industry experts had banded together and said ‘No – unacceptable’ and made it stick. Part 61 a classic example, everyone moans and groans, but very few said NO this is a crock as being totally unacceptable. Bugger off and come back with a semblance of reality.  – Wonderful stuff – finally. 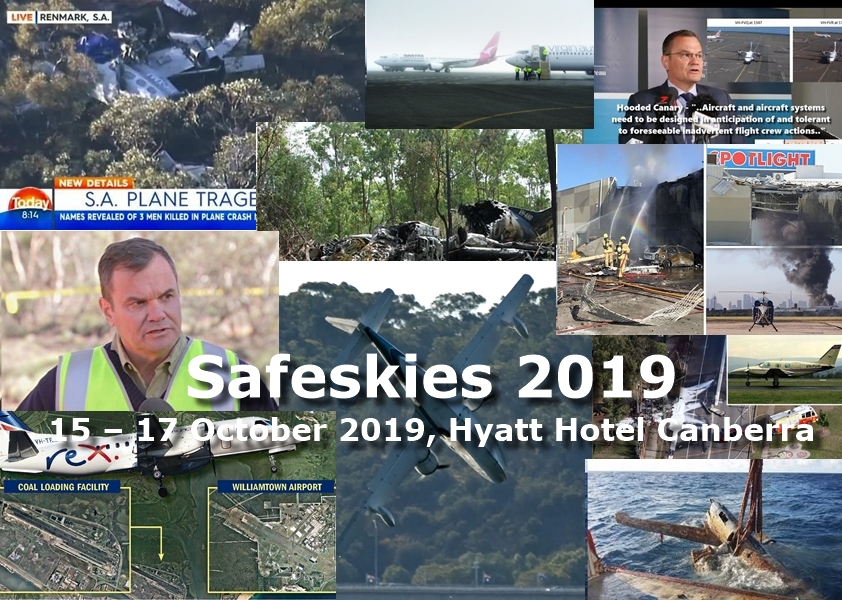 Ref: Riverland plane crash: Investigation into tragedy that killed three pilots may take a year to know cause & https://auntypru.com/sbg-13-10-19-o-war-…n-of-hell/

Perhaps, if a few more – like H. Leafblower Esq, spoke out, the tragic death of three pilots could have been avoided. The Ross Air crash of an out of control (by the book?) Conquest and the subsequent ATSB investigation may just, if a collective approach is used, be enough to put the alleged CASA ‘experts’ back in their box.

I can fully and completely support the parts in bold.

Aye; but. How many scribes, knocking out ‘Check and Training Manuals’ (CTM) has taken on the CASA FOI and said – ‘that’s rubbish’ then refused to make the amendment required? No. Not very many. Why? Well, you see commercial reality always plays a big part. It is easier to accept the ‘expert’ (think Weeks) FOI opinion of how a thing should be done, get the tick and get on with getting the job done. Go along to get along rules.

I intend to ‘bang-on’ now for a little while, So, stop here; or, grab a coffee. HLB leads us neatly to what I believe is the ‘nub’ of the Ross Air crash. Some of this is unsubstantiated, (legal advice is coming) – but for now, I’ll trade without the finer points; seeking forgiveness later for any small E&OE. Starting with the fact that Ross Air have trained many Conquest pilots. Its a fair bet that much of their training methods have been copied; and adapted; why not? The interested reader must now carefully read the Ross Air (RA) training manual extracts from the ATSB report, I do mean carefully. Start with the firm idea that the Aircraft Flight Manual (AFM) is the only acceptable means of compliance. Anything outside of the AFM, without manufacturer ‘approval’ (no objection) for an amendment (procedure or action’) is outside of Certification, then the proposed operation is illegal. A ‘no objection’ is required for anything – anything – to be done outside of the certification envelope. The pilot’s bible, for the type is the AFM. Next in line is the Pilots Operating Handbook (POH). I am uncertain (for now) if the POH carries the same legal ‘weight’ as the AFM. It is always a good place to base a training regime. I note several differences between the CASA approved pilot check and training system and the POH mandated practice within the pilot qualification system. These ‘differences’ were, in all probability, scripted to satisfy a CASA officer. Were these ‘differences’ – outside both AFM and POH edicts brought into ‘law’ (approval) to ‘satisfy’ the CASA FOI (CYA) approval process? It would be both right and proper to examine the FOI qualifications, experience, training time on type and the CASA (FOI) reasoning which drew the training and qualification of pilots so far from the requirements of the AFM and the legal head of power for doing so.

End of No1 banging. I’m not done, not by a long march. The ‘accident’ scenario provided by ATSB. The temptation to call a well edited BOLLOCkS is great; but, we shall plod through this carefully edited report, particularly the actual flight phase and (once the BRB is back in the Boozer) provide some expert commentary. I’ve probably forgotten more about training pilots onto turbines than most FOI’s know, so have my friends. More to follow? – Oh, you bet. Lots more. I’m just warming up; there’s so much CASA generated crap published in FOM and C&T manuals – but enough. Shut the fool up…  Yeah, but – does not the Pel-Air accident have a similar flavour? MTF – a racing certainty. 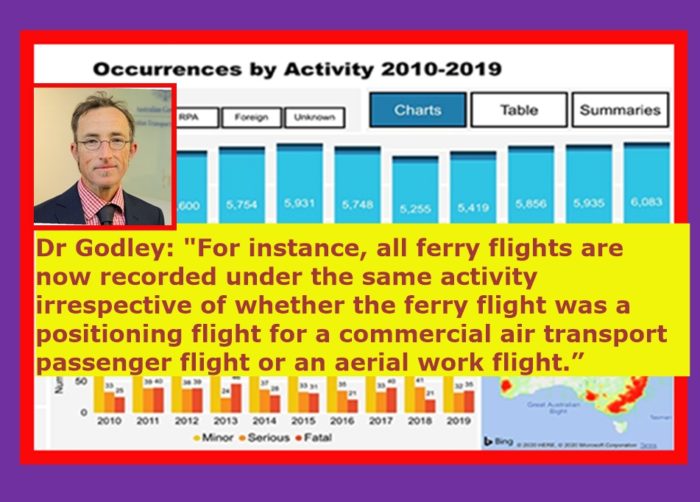 Item next is the Godley Gobbledegook. WTD? How much did that graph cost and of what earthly (practical or intrinsic) value is it? Seriously. OK. So lets get a reality fix here. A graph shows, over a ten year period an increase in ‘accident A’. Great, terrific, now we know and have identified a potential killer. The next graph would reflect good Safety Management System (SMS) action which stepped in after the second event to prevent the increase – ne se pas? So where, Oh where is the Godley graph showing how ATSB timely intervention ‘nipped-in-the bud’ a growing trend. The stellar efforts made on behalf of pro-active safety to prevent a recurrence. I have files going back thirty (yes 30) where ATSB have, despite graphs and ‘statistics’ failed, – dismally – to prevent an increasing trend in fatal accident – VFR into IMC for example. “ Here is the five year trend – HERE is how we reduced that trend to zero. What a graph, what a result that would be. But, I am of course dreaming of the NTSB approach – which is nowhere near the pitiful ATSB placebo of ‘surreal’ reality. Perhaps a dictionary version of ‘reality’ would assist. But,alas, then, there’s Hood. Reality; what –  Haw haw – haw! 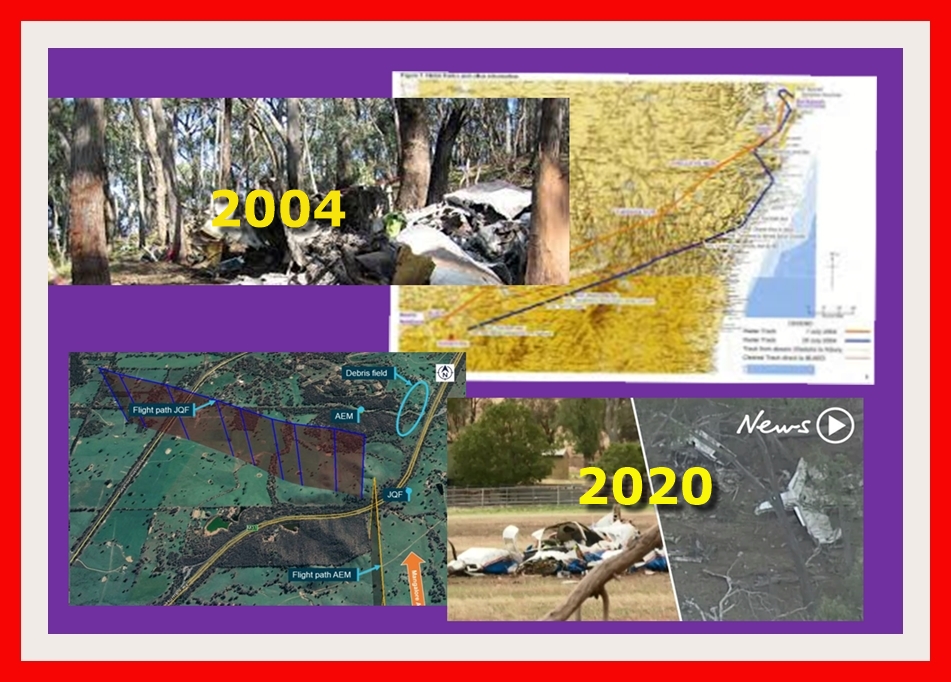 Which only leaves the ASA mess in a bowl, getting older and colder by the minute. The Mangalore mid air: a one in a million chance or a totally preventable accident? You do know the answer. So next time a fellah wearing green socks lobs into the ashtray, don’t forget to mention it. Pity our hard working ATCO’s, prevented from advising at Benalla – and those who watched a mid air, an in cloud the meeting of two air frames – unable (by law) to prevent it, with a quiet word. Safety or profit minister you cannot, realistically expect both for Christmas – you can’t. Extend ‘E’ where required and bring ‘A’ to where it is most needed. What if there was a mid air over Hobart? How much succour will a few saved dollars, spent on bonus provide, when the what’s it hits the windmill? It will you know. Mark my words – soon or late there will a bill, to be paid in blood and fire, which will become due.

That’s it M’lud’s. Lockhart may have kicked it off; Seaview may have been the catalyst, Pel-Air the last tolerated; but Ross Air must be the end of it. Too many, far too many funerals attended directly related to the complete and utter disaster Australia’s fine record for excellence and safety has descended into.

Meanwhile – no names – someone backed a truck over two of my saw horses. The compound mitred joints take about a hour to remake x 4 = morning tea toward lunch. But, the moon is bright, a flat Westerly wind smells of snow and the mountains. Time to sharpen the log splitter (sharp file) and axe. Can hardly wait to light up the pot belly stove, lamps and sacrifice the waste of some fine timber in the flames. Aye Autumn. The season of mists etc…… 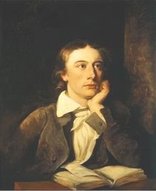 Season of mists and mellow fruitfulness,

Close bosom-friend of the maturing sun;