Rock and Roll; or, just Rolled? 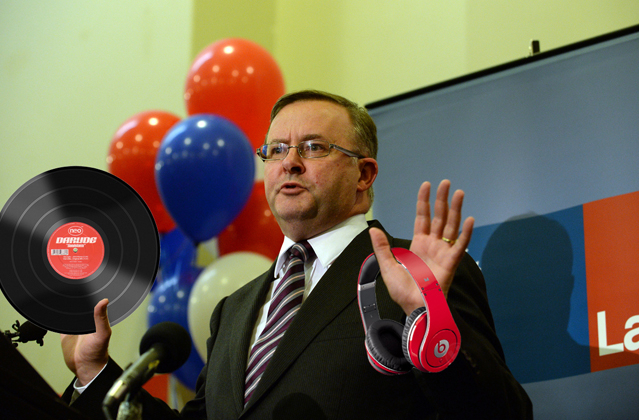 The good thing about scribblings and ‘twiddles’ is that when you have to translate random thoughts or difficult concepts into written words of explanation it helps to sort out the stuff you need to get a firm grip on. The reform of aviation legislation and the administration of same being a big one, a classic example.  Boozing the evening away with P7 and a couple of others is another method which helps unravel the twisted skein; unless of course the evening winds up in a heated discussion about Rock’n Roll guitar riffs. Apart from a muzzy head the next morning I was left with only one firm question; will the current drive for reforms actually Rock or will it just get ‘rolled’ once again?

Being Evil has a price…..

Warning – A ramble – feel free to ignore my out loud thinking; or, listen and read.

Have you ever noticed how ‘good music’ be it from Beethoven or Queen or even Heavy Young Angels stands out from the nearly, but not quite sets; it does. There is a certain texture and a clarity of sound which somehow, magically, separates it from the not quite so talented. Some paintings have it, some literature has it, even some aircraft have ‘it’. Some politicians definitely have ‘it’. Alas, many do not. It is with those unfortunate’s with whom we must concern ourselves, for a short while at least, this Sunday. Sorry and all that, but it must be done. Why? Howls the multitude. Why, is indeed a good question, to be sure..

I could, I expect rattle on for a while longer, but you get the picture; the Wagga running of the Reform Plate  is almost upon us. The big question is, does this industry really want to be rid of the hand outs from CASA, the un-constitutional Act, the criminal liability and flourish; or, stick with what they have been allowed by a department without accountability, conscience, duty care; or, any responsibility whatsoever? Ayup; ‘tis indeed time gentlemen to piss in the pot – or; get off it.

Take Friday’s AOPA indaba with Albo for an example of why it is easier to run a tote odds board than second guess the result. Here lays my challenge:-

The Aircraft Owners and Pilots Association of Australia believes that;
1. Aviation regulations must be developed so that aviation safety is both affordable and sustainable; and
2. That the Australian aviation safety regulator be required to foster and develop aviation.

Mr Anthony Albanese MP has this week confirmed his attendance to the General Aviation Summit, which will be held in Wagga Wagga on the 9th and 10th of July.The purpose of the Summit is to bring together the leadership of Australia’s general aviation industry associations, seeking to develop a consensus proposal for a change to the Civil Aviation Act, to facilitate the economic recovery of Australia’s aviation industry. To date 31 aviation industry associations have confirmed their participation. NOT A MEMBER? WE NEED YOUR SUPPORT! Join today: www.aopa.com.au/membership

We need to take a long look at what the AOPA meeting with Mr Albanese (Shadow transport minister) produced. The AOPA top brass ain’t saying much except that it was a very good productive meeting. I did manage to winkle out a couple of details and enough general information to get a ‘sense’ of what transpired. A short historical background is required here – Albo was ‘the minister’ responsible for a while, who generated a disgraceful thing known as the ‘White paper’ which was as complete a load of bollocks as you could find anywhere. I’ll stick my neck out here are say the IMO he was conned into signing off the ‘Soft White toilet paper’ document. Dreadfully deceived by an agency in more trouble than ‘Speed Gordon’. It is a long sorry tale but essential background for the punter to consider.

Albo all piss and wind – what odds on a backbone being grown?

Albo realizing that McConvict played him for a fool and an epiphany?

Now, Albo is a clever man and a very smart politician, maybe even with a little integrity. His open support of the call for real reform, the savings to the Commonwealth through his support and the industry becoming viable again would leave the current hapless minster standing flat-footed at the starting gate. I’ll bet there is ‘paper-work’ being generated right now – in a hurry; I’ll lay odds that even if for no other reason than political point scoring Albo will give the call for reform a big push. But if he picks up the gauntlet with the intention of setting matters aeronautical to rights; then the AOPA did not waste one minute of their time. Albo will be a starter in Reform Plate, short odds on offer for a week or so, grab the each way place bet before it vanishes. One thing is certain, it will be an interesting race.

It would be a whole lot more interesting I the industry players all got in behind the AOPA battle plan and helped push the ailing industry into the workshop for a long over major inspection and refit. It is, despite the self interest being layed aside for short while, a worthy cause.

That is it – some horrible germ has invaded, taken up residence and is playing merry hell with the operating systems.