Right then; back to my knitting.

Right then; back to my knitting. – AP Forum version.

Matters aeronautical have become repetitive and honestly, boring. How many times can the same clearly apparent facts be ignored, obfuscated, denied and endlessly, without firm resolution toward ‘change’ becoming a driven requirement?  Let alone hold the attention. It is as plain and obvious as a boil on your arse that unless a change is made, there is no end in sight to the circular, self perpetuating game of Estimates the ASA, ATSB, CASA and the masters of not our business the DoIT play. It is farcical,.  Before everyone goes nuts; we have to work at putting a full stop in the long, unpunctuated Canberra sentence.

A BRB induced ramble. It is ‘unusual’ for me not to pay attention and get involved in any ‘debate’ the BRB indaba produces. These debates often kick off from a wide ranging topic, yet seem to ‘stall’ on a particular element – it can be anything which starts the discussion; but it always ends up with much to and fro – related to the Act, or the Regulation or even the legislation which allows regulation to occur. So a ‘broad’ discussion became ‘narrow’ centred on the minutiae of the ‘words’ and how they would be ‘heard’ in a court – should you be given (strict liability’ allowing) the chance to defend your action – or; lack thereof. Being a simple soul; I drifted, paying no attention to the no doubt well reasoned argument. I was however thinking – hence this ramble. With your kind indulgence, I shall continue. Bear with me, there is a point.

Knitting – my Grand Mamma came from the ‘Isles’ where men were men and, used to knit stuff in the evening. She tried, bless her, to teach us the skill – alas. Unlike Dumbledore; knitting patterns failed to fascinate. Yet, they should have; the complex melding of yarn into a ‘thing’ which was not only warm but both functional and beautiful is a lesson in the way the world wags. Weaving is another, ancient art form; same principal only much more complex. Think about the skill of the Chinese weavers, millennia ago: the complicated craft of turning the silk worms leavings into wondrous fabric – awesome. What for the sake of a good Duck dinner has this to do with aviation, howls the mob. Well, I did beg your indulgence, so be patient while I ‘knit the threads and consider the weft, warp and woof of the current situation.

This is where I left the BRB to it’s own devices and thought about our Senate Committees trying to untangle the material we are obliged to work with – i.e. the Regulations. The trouble both knitters and weavers have is loose threads. When a pattern is complex, it is, I am advised, most unwise to tug on that ‘loose end’; lest the whole thing unravels and becomes useless to function. The Act is the keystone; or, the loose end – if you like. It has taken generations and half a billion taxpayers dollars to become redundant; it is a tightly woven, intricate pattern which will not suffer it’s loose ends tugged at. Grand Papa had a jumper (sweater) which was his fishing favourite; Grand Mama hated the thing – one wet day we were summoned; “this here” she said, indicating a small cut she had made, producing a loose end, “pull this and wind the wool back up into a ball”.  Great fun, the thing disappeared before our eyes. It was, I was informed, an Aaron pattern, very complicated – but within half an hour I had two huge balls of wool yarn, much to her satisfaction. “Now I can remake the thing” she said with obvious satisfaction. Therein lies the solution to our current troubles.

We cannot, not without first unravelling, remake the way aviation is oversighted. The Act was made in a different time, with different dangers, risks and attitudes. It was also made in ignorance of the modern world and the progress made. Yet much of the original 10 Commandments of aviation safety have been obliterated, no longer applicable, not a threat.

So; and I ask why in all honesty, cannot we spend time and money, just one time to bring the Air Navigation Act up to date with aviation as it is today? Mostly, the ‘Bogey-Men of old have departed the fix. Look at Navigation for an example – in my lifetime it has changed so radically, I can barely understand how it all works – but it does, and very well indeed. I mourn the loss of an ADF approach, well judged; the loss of DME homing  as an art form; do I miss ‘em? No way GPS for me any day – ever try INS; thank the Gods it’s gone. The world has moved on; brilliant minds have removed the arcane threats. It is time our law makers caught up with modern aviation, re thought the ‘Act’ and modified our regulations to suit the modern era. Not that a new Act will matter a damn in ten years time. BUT – in the here and the now; it is well past the time when Grand Papa’s old sweater got a new lease of life. To do that, we must first be prepared to make the first snip and unravel the old. He hated the new jumper by the way – just on principal. But it was made for the best of reasons, with care and anticipation of the future. I don’t believe he ever had it far from him for the rest of his days. I can; if I close my eyes, still smell the ocean and tobacco and ‘him’ in the jumper, which was made, blended with skill, caring and an anticipation of future value to him. Thank you Grand Mama for a life lesson. 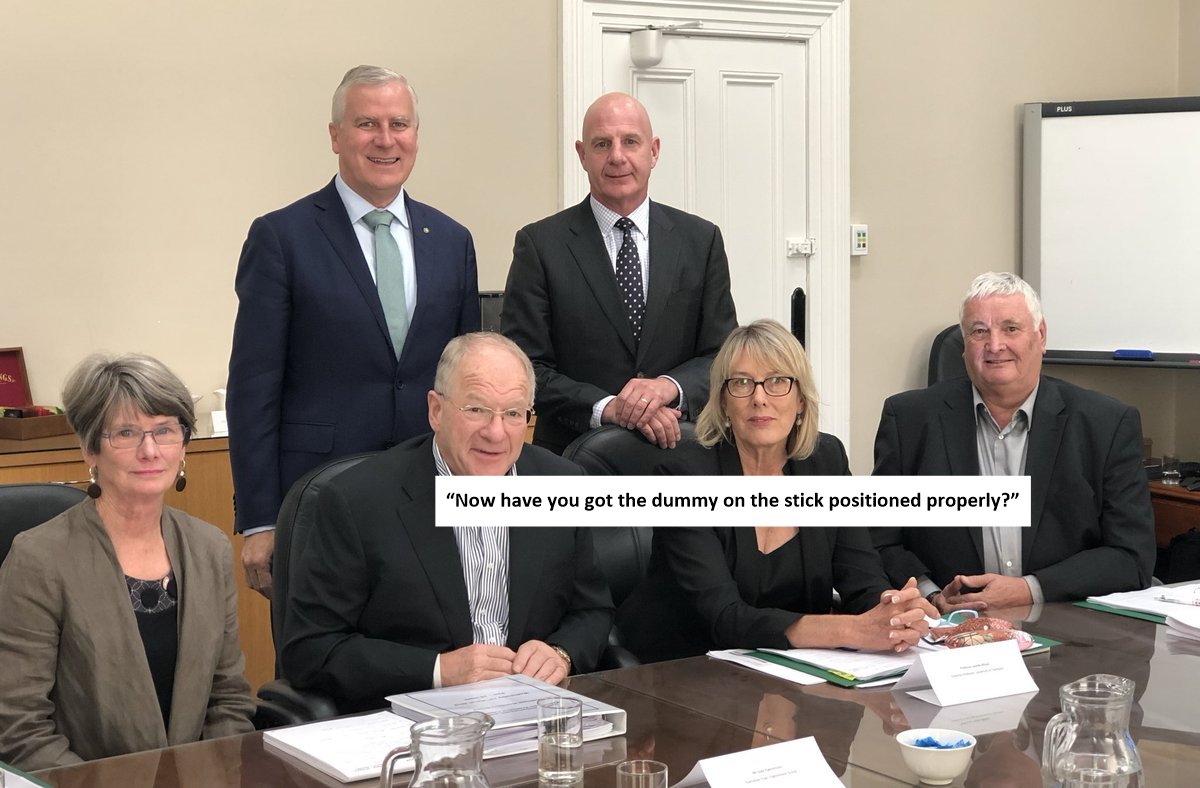 That’s it – there’s enough on the forum to sate the appetite of those interested in aviation’s future. It looks grim. A useless minister, incontinent Senate, moribund government and no one with the brain of a sheep flying the ship. a ‘R’ regulator who should be an Administrator; Air Services on a KPR binge trying to find the money to pay for the One Pie project; and ATSB which, IMO knows not, whether it is punched, bored or countersunk. The whole lot relying on the manipulation of an outdated ethos. Full of self serving justification of function and wallowing in the mess they created. It just has to end. It is borderline lunacy to continue this way……..

No matter. One of my dearest, oldest friends has pup. Lovely animal, genetically modified to perform design function; today with little training, he proved his worth and understanding of task. My dogs are pea green, (showed ‘em the video) they wanted to have a go too.

Aye, Twain had the right of it. Ramble over. There’s a 150 y.o Moroccan Armoire which needs some ‘repair’ work in the stable – fell off the back of a truck – literally. A challenge. “Away to me dogs, there’s proper man’s work to be done”. I need all day tomorrow; so the Gazette is early; illegal, technically. Call 1300 I-CARE – for a fee of course.