Before we start joining the dots and examining the legal premise of the original Greg Hood 24 December 2009 suspension letter to DJ; I’d like to touch on some further observations (OBS) – with  regard to the two SFRs, associated records; and, correspondence Roger Chambers struck up in 2012 as part of a (Coordinated Enforcement Process (CEP) under DJ’s enforcement file- (Trim EF10/496).

Note: in the 30 March 2012 ‘IN CONFIDENCE:LEGAL’ correspondence from Chambers, the To & ‘CC’ addressees:

Now, note the To & CC addressee omissions with the 18 July 2012 ‘IN CONFIDENCE:LEGAL’ correspondence from Chambers to Mark Taylor (2nd email): 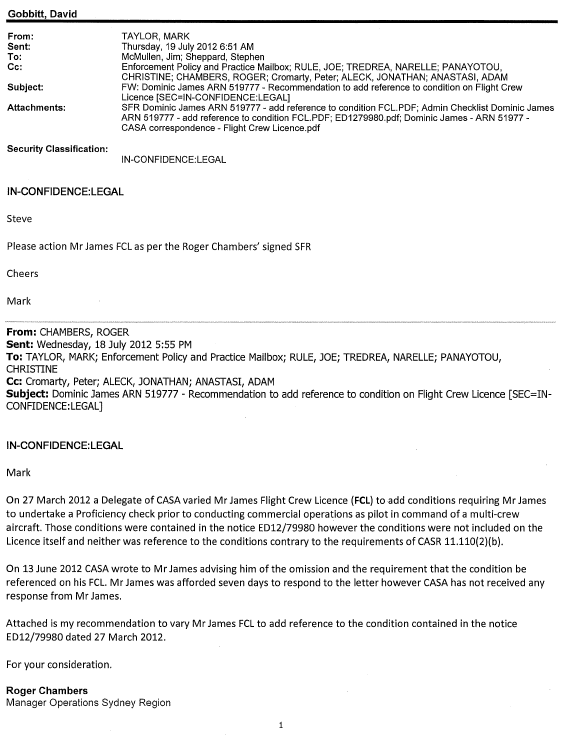 Also, note that Chambers had inexplicably struck up another enforcement file for the CEP  ref DJ (EF12/79980) and this was despite the fact that this enforcement action would appear to have been in direct conflict to the ‘AAT appeal process agreement’ –

Which brings me to yet another

I am not sure if I can totally explain this Pauline; but, I’ll give it a shot…

It is worth remembering that while Roger Chambers, with DAS McComic’s blessing, was desperately trying to prosecute the case of embuggerance of DJ; the ATSB investigation, with many stutters, starts and obvious conflicts of interest; was, finally, reaching the critical Directly  Interested Party (DIP) phase.

This could have been one of the reasons why CASA were seemingly determined to keep DJ from proceeding with his AAT appeal.

It is also interesting to note that the DRAFT Final Report was released to the DIP the day before Hoody’s 27 March, 2012 – ‘notice’  – correspondence to DJ. Note the TRIM ref No. – (at the top of the page).

Now fast forward to the 18 July 2012 Chambers email (above) and consider that by this time Hoody had now been privy to the ATSB DRAFT Final Report and probably discovered some pertinent facts like, for example :- 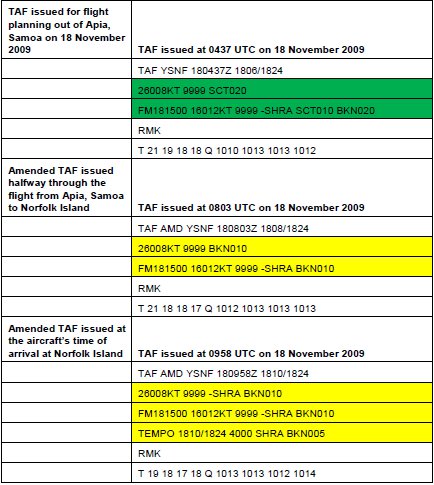 …the 0803 amended Terminal Area Forecast (TAF) was never actually relayed to the flight crew; or that the 0904 from Auckland…

Could this be the reason why Chambers didn’t (a) CC Hoody or; (b) get Hoody to sign off on the 2nd 2012 SFR or; © why Roger strikes up a new EF TRIM file for DJ without all the normal enforcement manual records and paperwork, as demanded and required, when a new CEP has been initiated…

Hmm…I wonder what Hoody’s decision would have been then,  if; as the designated CASA delegate/decision-maker in the DJ embuggerance case, he had actually been sent the second 2012 Chambers SFR?

Given the circumstances, at the time, my money is on (b) do nothing…