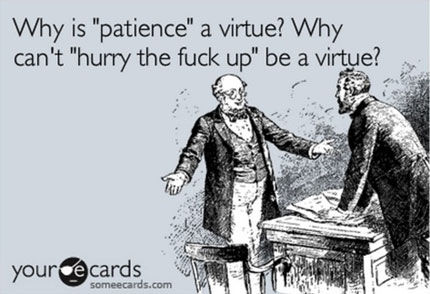 Perspective gents; perspective.  Seems the IOS declared open season on vermin, varmints and deviants.  Jolly good.
We have I believe been patient long enough with the new boy; the dismal lack of progress in any direction is justification for war drums; although he does seem to have mastered  writing endless exemptions.

Let’s start with the Senate recommendations on Pel-Air; it is as clear as day from the evidence presented to the inquiry that there is a systemic aberration and that certain CASA officers are up to their necks in it.  It is understandable that Skidmore cannot easily and quickly enforce the recommendations; what is difficult to understand is why he has tolerated those same people to remain in positions where they can and will discredit the service and tarnish his reputation.  Some of the tales coming out of Bankstown and other offices reflect either his lack of control; and/or their complete disrespect for the direction Skidmore is taking.  Whatever, the end result is that at ground level, the Skidmore name is being associated with the same acts of embuggerance.  There are serious questions going back to the Bankstown CASA handling of the Pel-Air debacle; there are volumes of evidence, detailing some highly questionable acts, edicts and embuggerance.  Jeff Boyd knows most of it; Skidmore should be across the bulk of it and yet as close as last week, two more almost unbelievable tales are emerging from that very same area.

I would dearly love to explain the cases; in detail.  I cannot, simply because to rock the boat and start crying foul would bring all manner of problems home to those who have patiently and diligently paid the outrageous fees; jumped through the hoops; satisfied some of the most inutile, infantile demands and; where possible, complied with pedantic, manipulated ‘reasoning’, all designed to prevent progress.  All driven by the same office.  This should be a good place for Skidmore start to gain industry confidence.  I’d bet many beers the new boy barely knows where the office is, let alone where the threats emanate from, how they are enforced; or, even their root source.  Can’t possibly open his eyes, unstop his ears, roll his sleeves up and get his hands dirty, no, far too busy poncing about in ducking Mildura.

Which puts the Forsyth review into space; if ever a new boy had a clear road map to Reform city, Skidmore was gifted the ASSR.  This review also leads to Bankstown; the picture clear as crystal.  Here again, it is understandable that all Forsyth will all take time; but it will never begin happen while the people who operate in direct contravention of those guidelines retain their positions, immunity and are clearly untroubled by the mouthing’s of the toothless leader.

Put all of that to one side and what have you left?  The same rotten governance we had before Pel-Air.  There are several outstanding acts of bastardry on the table DJ not being the worst or most brutal.   Right now, there are operators tearing out hair and looking at dwindling bank accounts, CP burning midnight oil and wearing out pencils; pilots laying about, unemployed or, unemployable, aircraft sitting idle etc, all due to the flourish and twirl of one golden pen.

Ayup: count me in boys; I’ve got just a couple (or three) mates who are more than willing to help with a Wabbit hunt in Sleepy Hollow.  It is well overdue and the gamekeeper is asleep on the job.