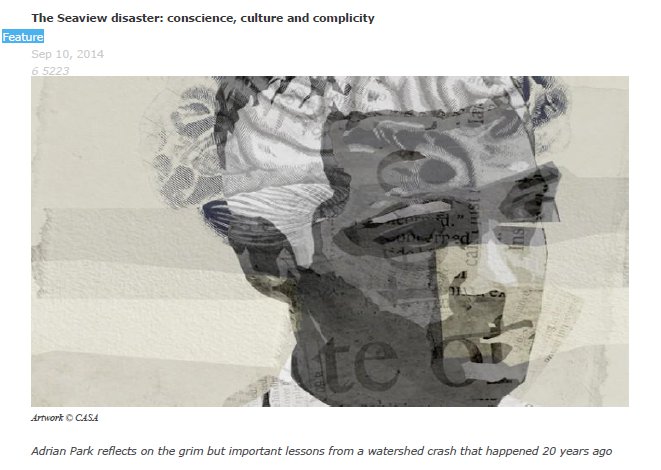 Now although considered to be a largely Pilot affliction suffered in today’s modern high-tech airliner cockpits, I believe this is also a Polly affliction when presented with bureaucratic spin & bulldust in the highly technical world of aviation safety regulation.

Try an experiment; once you have taught a child to read and be comfortable with pronouncing complex words, aloud, give it something to read which is within the capability, but beyond ‘comprehension’ and listen.  The words are formed and spoken correctly but the delivery is flat. The words are meaningless to the child, so the monotone continues until the end of the passage, when the child looks at you expecting praise for a job well done – but there is no expectation of either praise or correction for delivery.  It was just a meaningless series of words and phrases; read flat, as writ, to please a grown up.

The decorative Cash delivers the miniscule’s missive in a similar manner; no idea of what it’s reading, or why.  No clue as to what NX has achieved or the implications; no comprehension of what’s at stake; no notion of the great wrongs being inflicted.  None of that: just a flat read of a lot of words onto the record and into infamy.  Another decorative, high maintenance dummy for the use of the master ventriloquist.  I like to watch the video sound off; just to watch the Fawcett face.  A stone idol with a will of iron – unimpressed by the forever ‘pecking’ – bobbing motion of the Cash head as it struggles to animate it knows not what.

P2 – “[that] the miniscule was ill advised, given incorrect factual information and fed bureaucratic spin & bulldust from his head Mandarin Mrdak & the CASA Iron Ring.

Clearly he was; for had he not, then the decorative Cash would not be trotting out the departments words.  This is not the first miniscule to be led down the garden path, chanting the mantra of charlatans which refutes logic, ignores fact and shuns good governance.

P2 – ‘Last night Labor bowed to union pressure and walked away from the long-standing bipartisanship approach to aviation safety—voting in the Senate to disallow a regulation put forward by the Civil Aviation Safety Authority (CASA) to improve safety arrangements in aviation maintenance”.

About bloody time someone had the brains and balls to walk away from the ‘bi-partisan’ fraud.  It’s lazy and robs industry of open discussion while allowing CASA to continue it’s merry way along the road to perdition.  The real fraud of course comes disguised as a ‘concern’ for safety.  Which is a bollocks.

P2 – ‘“In one fell swoop, Labor’s reckless opportunism has now made aviation safety a political football.

Halle bloody lujah ; finally.  Now when Senators ask questions the answers can be debated, decisions reached and blame for cock up’s sheeted home to where they belong i.e. with the responsible minister and the department the minister should be managing – for the good of industry and the country.

The phrase above shows the fear instilled into politicians, by the department.  The fear comes in three flavours:- Seaview: where the blame for another serious, fatal accident nearly squeezed through to the miniscule of the day.  There was hell to pay and it was decided that never again would it be possible to involve the ‘government’ directly with an aviation disaster.

Expert advice: where the escape path begins, it’s all too easy for those in power to throw up their hands and wail at a funeral.  We took the advice of our experts, we claim ignorance of matters aeronautical and are in awe of the mystique.  We take care to cover our arses with expert advice, which means we are not only bone idle, but blame free.

Blood: this is the beauty part. Miniscule: “This is wrong, blind Freddy can see that; I want it changed.  “Look here, this report spells it all out, makes sense, saves us money and is as sound as a bell”. Mandarin: “Well minister, of course we can have it all changed, if that’s what you want.”  “But remember, this is against expert advice, you may be blamed if the report you favour is wrong; and the blood will be on your hands, should there be an accident”. “Why not keep it bi-partisan and blame free; I know it’s dishonest, lazy and a cop out, but it’s your arse on the line”.

Trifecta win for the mandarin; industry gets Cash reading the carefully prepared, workshopped official response, while Fawcett listens to the rubbish like an angry gargoyle and Xenophon unafraid, shrugs and continues the campaign.  Real power in the Senate on display.  It’s comforting to know there are some who can recognise it and be unafraid to call it what it is – BOLLOCKS.

Calling it for what it is will win NX more independent power in the Senate, then who knows, we may even get some real reform done.  What a pleasant change that would make.