Of Pyrotechnics and Hegemony. 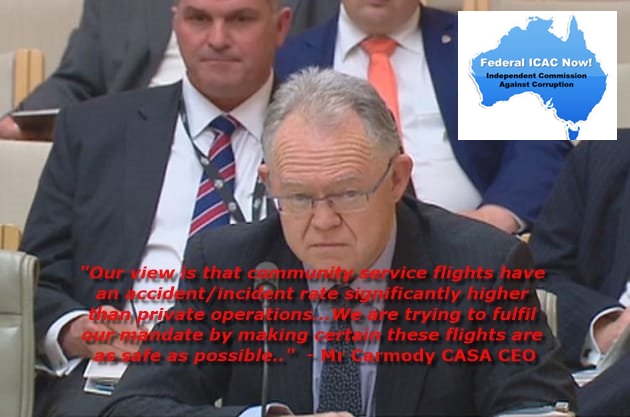 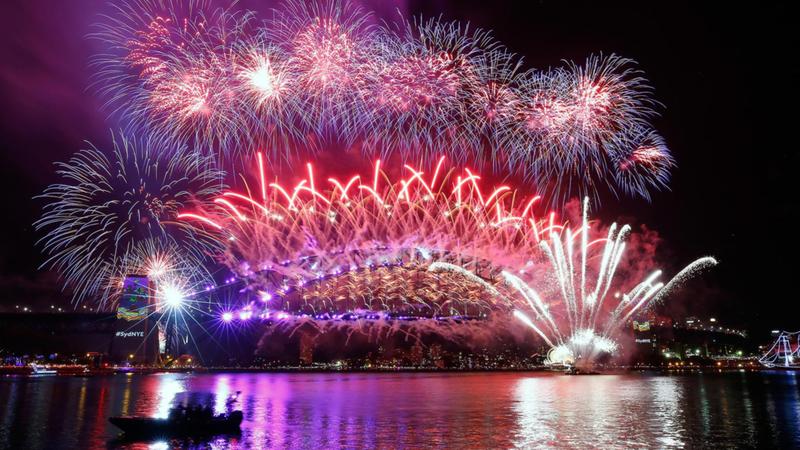 “When a man who is drinking neat gin starts talking about his mother he is past all argument.”― C.S. Forester, The African Queen

I despair of ASA; particularly of their ‘Fire Chief’. Hansard Estimates video having, most unusually, let us down on the CASA v Sen. Patrick session; I had time on my hands to watch the whole ASA session. I, like the Fireman’s Union and Ironside of the Oz was nonplussed by the almost comic display Woods made public. I say almost comic, because by the end of the session I was most certainly not laughing. Fire, in any context, related to aircraft operations is one of the very serious, very real threats to life. A known and feared killer; ruthless, insatiable and lethal. Aircraft crashes are, thankfully, few and far between. But of the few we have seen in recent years, the daemon fire is almost always present, perhaps instant, perhaps latent, perhaps simply waiting for the right time and combination of circumstance to strike. It is an ever present, very, very real threat – particularly in an abnormal or emergency event.

“There’s skill and daring on the one hand.”

The skill, daring, bravery and most importantly the discipline, through training of the fire crews is of critical importance. They may sit about half a working life time and do very little in the way of fighting a major aircraft fire event; but, that once; that one in a million times it does occur – they need to be at the very top of their dangerous game. The armed forces know this: they train their men and women hard and often to be sure; to be sure. Injuries are a commonplace event; this too is treated as a small part of the cost of maintaining troops ‘match’ fit,  in tip top condition and confident. Sure, the office Wallahs will bitch and moan about the cost and mount their wee, puling campaigns to assist ‘trimming’ their budgets; but the leaders know the cost of fat, flabby, poorly trained, half trained troops is a waste and a sure recipe for disaster.

ASA, under Halfwit’s vision of budgetary constraint, for profit at any cost; and, to pay off the excess for the Who’stoblame shortfall (windfall?) in the great One Sky trough fest; and, his sycophantic, drooling compliance with every half baked, sissy OH&S notion, has placed not only the fire-fighters in jeopardy, but the traveling public. It is foolhardy, dangerous and self defeating to have partly trained, unexposed, under confidant troops directly in the front line against an expert, elemental, deadly serious, dangerous enemy – like a jet fueled fire storm in a large hull aircraft, after an ‘event’ or even on the ramp. Statistically; as rare as a free bee in a cat house; or four Aces: but,-what sane minister, responsible for the care and feeding of this essential service would want to be in charge, should an accident happen? I can see it now. The hapless, purblind minister standing all alone at the bus stop with the OH&S crowd, assisted by the bean counter team, all determined to throw said minister under the next bus. Ducking madness; plain, pure and simple. Don’t care what it costs – Halfwit and his merry band of Catamites have to go; even if just for the unholy, expensive mess the airspace system has degenerated into. It’s easy – just move ‘em along. Hey! – maybe the Hooded Hi-Viz canary can use ‘em – they’re all ‘mates’ after all.

Speaking of which – that little birdy has not had much to say of late. Which is ‘passing strange’. Wasn’t it him who threatened to rain hell’s own fire down on any investigator who broke the MH 370 rules of Omertà? Herkos Odonton?  (In Homer there is also a formulaic that hints at heroic laconism etc). 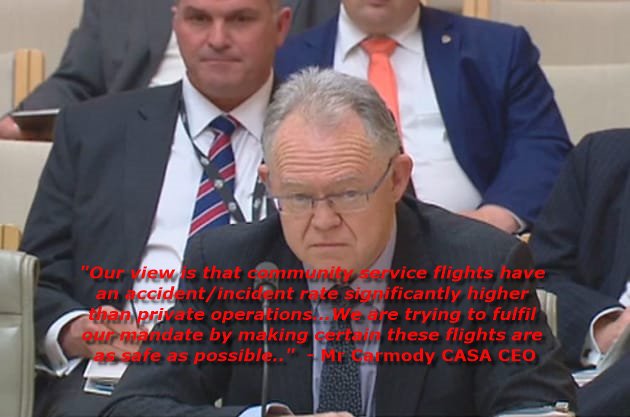 Yet there is every chance (5/2) that (a) The CASA (DIP) knee-jerk and sneaky rule changes have been prompted through a peek at the ATSB Mt Gambier accident report; and, (b) that one of the more hysterical submissions to the accident and AF inquiry was, in all probability (even money), from the lead investigator. Speculation? Of course it is. Should, under FOI request this be proven correct – it seems to me that the Hooded Hi-Viz canary should be off to the cannery; MoU or not. Duplicity is one thing, double entende quite another. Aye; we shall see, what we shall see, in time.

Also, starring at Estimates was the AMSA boss, who copped a shellacking from O’Sofullofit. I found it ‘interesting’ that it seemed to be ‘Sterle’s ball’ at the kick off, but O’Sofullofit seemed to kibitz, then steal the ball and run with it. I think it would be a brave man who tried to steal the thunder from one G. Sterle Esq. Perhaps O’Sogone was allowed the courtesy of one last trot around the paddock before the knackers truck turned up. Whatever; it just seemed ‘passing strange’. 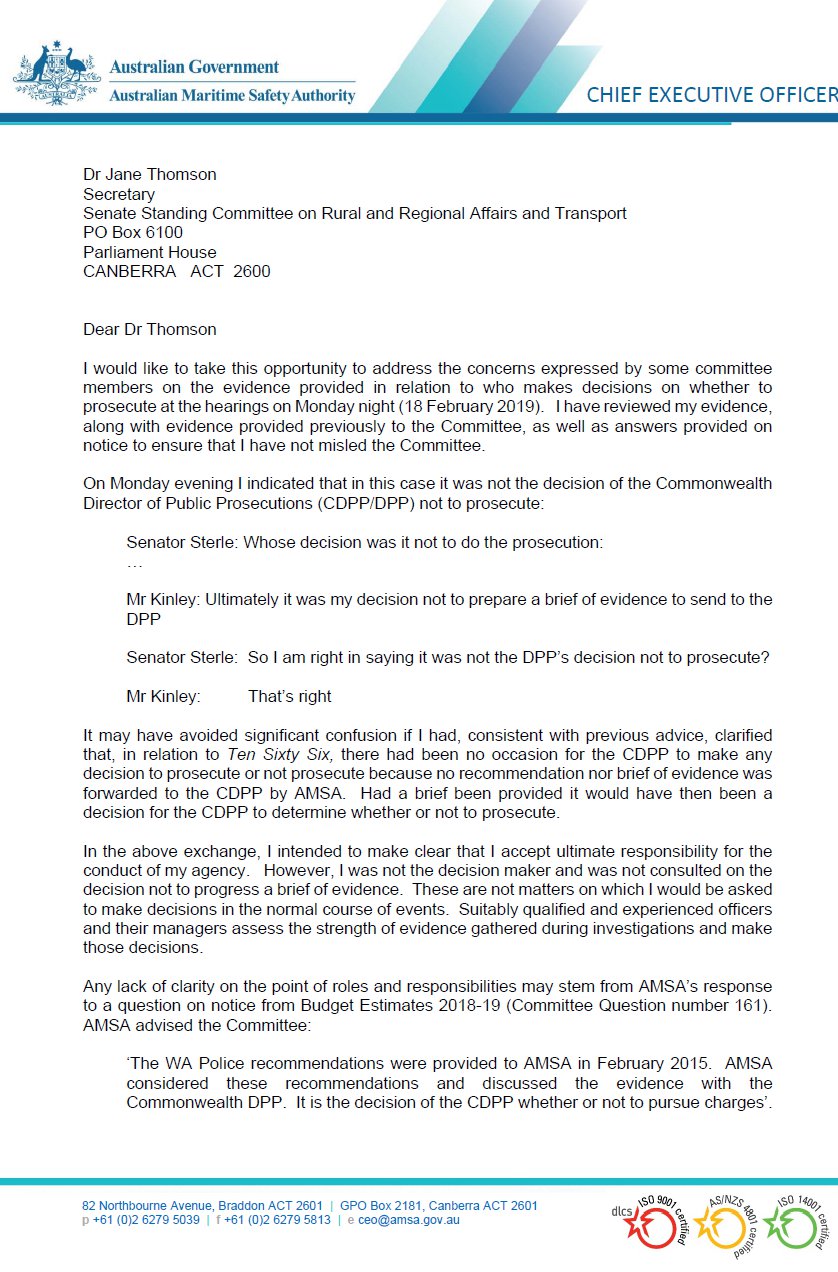 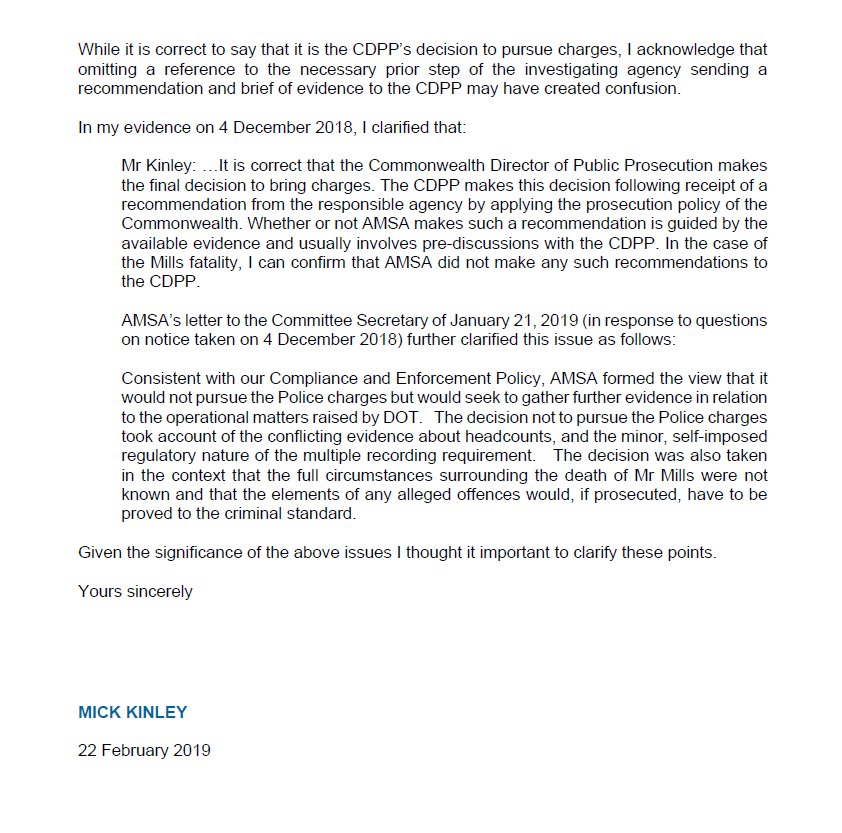 Pretty dull week all around – we must await the CASA Hansard and video. It will be interesting to watch. A few of us think that Sen. Patrick should not be underestimated or undervalued. His session was pretty much (I’m told) a solo effort which allowed the Carmody ego and arrogance a whole load of rope. We can only hope and wait now.

Anyway – Cypress Pine is a devilish tricky wood to work with; but it smells wonderful when worked. Lucky to get a few wide boards gifted – they will make a terrific ‘blanket box’ – if I can manage to avoid the pitfalls associated with the joinery; it is a challenge. But first, I must prepare for the post walk events; dry towels, industrial hairdryer and a heavy duty brush. I dare not, not for the very life of me, risk a muddy, wet dog (or two) in DT’s territory; yet I cannot deny them the sheer fun of chasing raindrops, muddy puddles and the thrill of running flat out through wind and rain. Sod ‘climate’ – give me ‘weather’ (Steinbeck adulterated).

…..This however always makes me smile.

“…I will praise the English climate till I die—even if I die of the English climate. There is no weather so good as English weather. Nay, in a real sense there is no weather at all anywhere but in England. In France you have much sun and some rain; in Italy you have hot winds and cold winds; in Scotland and Ireland you have rain, either thick or thin; in America you have hells of heat and cold, and in the Tropics you have sunstrokes varied by thunderbolts. But all these you have on a broad and brutal scale, and you settle down into contentment or despair.” – Gilbert K. Chesterton.