Of all the gin joints, of all the towns in all the world. 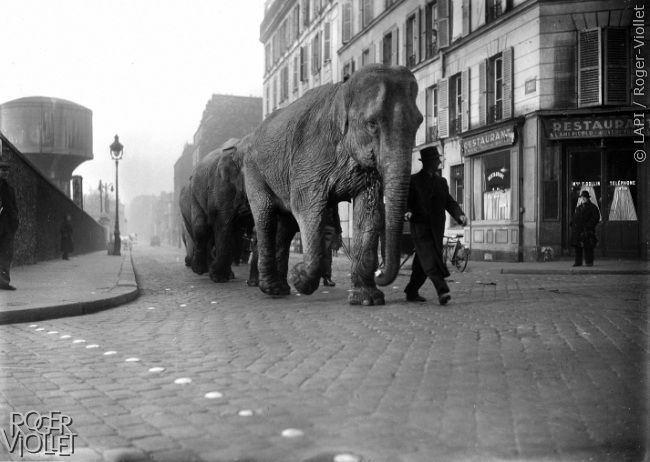 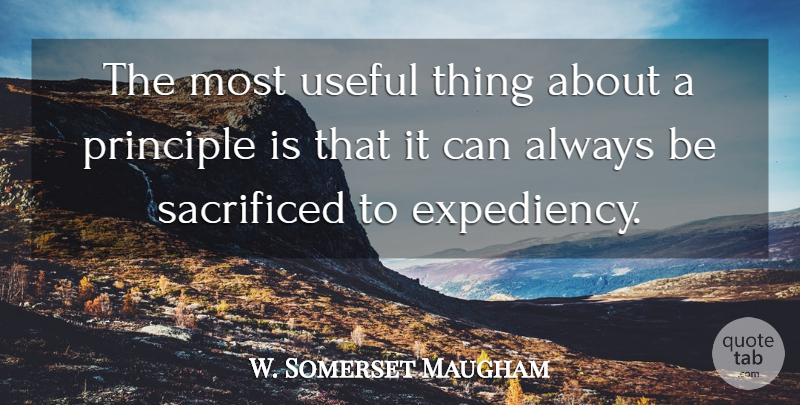 Opening gambits. “In all openings there is a struggle for key territory, in particular the centre squares, and an effort to deploy pieces and pawns in useful positions. Some are direct, while others are more subtle and indirect approaches toward these goals.”  Wheeler.

Well; seems our minister for transport has finally managed to get his ‘pawns’ into ‘useful’ positions; the opening gambit has been an agonizingly slow process; due to the need for endless consultation with ‘advisors’. The time taken to position his pieces, has, more through ennui than concern for strategy; almost lulled the opposition into a somnambulant state; almost. 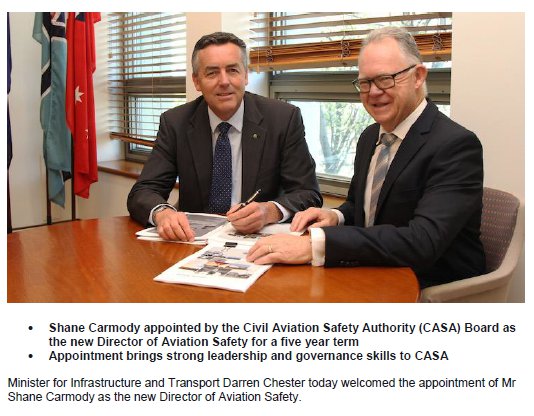 One of the great things about chess is the onus of responsibility for future actions. One cannot blame a Rook if a Bishop claims it; no more than a Queen can be held accountable for the demise of a knight. They were moved as you dictated; their demise entirely of your own making and lack of foresight; you never loose at chess, you always get beaten by your own machinations, lack of imagination or an inability to see the others game. Unless of course the opposition spots your game  and moves to counter it through superior development. Later of course, when relaxing in the hairdressers, enjoying a well earned pedicure; there may be a moment when the thought “WTF – was I thinking?” emerges. That, is when the questions unanswered surface and the relaxation terminates.

You see, our hapless, witless, Darren-6D has arrived at the point where his reading of the game is in serious doubt; his pawn play has not quite developed the results expected; in fact, he is, to the close observer ‘in deep do-do’. The longer he stays in denial of the evidence in front of him, the more at risk his Queen becomes. He attempted to sacrifice his King early in the game (Red faced King for 6D) thinking there was an advantage to be had through the move; alas.

The Knights and Bishops were well positioned to support the King so the sacrifice manoeuvre was not quite the success hoped for. In fact it placed his whole game plan at hazard. Looking now at the board, as it stands his position is almost untenable. There is a confused area in the middle board which, if he don’t untangle tout de suit (the tooter the sweeter) will; as the game progresses, undermine and eventually collapse the entire strategy. The miniscule’s last move came on the very last tick of the time clock; he has brought the Queens castle into the game; in the guise of a newly anointed director of aviation safety (silly name) or; boss CASA, the erstwhile Carmody. The popular ‘Australian Flying’ magazine asset ‘Hitch’ has penned another balanced, sensible comment on this appointment which is worth the time to read. Indeed, the article should, if matters aeronautical were ‘normal’, mark the end of the topic. Regrettably, this is not the case.

We, (BRB and IOS) have for a while now studied the Carmody ‘style’, listened to his words and noted the actions taken. Senate estimates is not a bad place to start; you get the sense of a dyed in the wool ‘ministry man’ speaking with his master’s voice; you note the hardened bureaucratic corners and the immediate retreat into ‘departmental’ deep cover when the game heats up a little. Argumentative in defence of his own department; unable to respond outside of the brief when that is challenged. In short, this is not a reformer. This is a safe pair of hands, covering the ministerial rump which will not rock the boat. Don’t forget they claim to have ‘scoured the world’ to find a suitable man to fill the role; and of all the men, in all the world, they only had to look two doors down the corridor to find Carmody. Well, believe it if you like; then give me a call, I’ve a bridge for sale you may be interested in buying.

We could, at a pinch, tolerate this if things were not in such a bloody dreadful state. We could even feel comfortable with the selection if there was tangible, credible evidence that the 60 odd recommendations made, demanding  reform of CASA were taking place; albeit at a cart horse speed. We could even smile occasionally if we thought that ‘real’ safety was being pursued through the system. You could even take a safe bet that there would be a celebration if some of the known ‘evil’ in garden was being weeded out. I regret, non of this is likely to happen.

Carmody has clearly demonstrated, through his now infamous ‘Duck-off’ responses to various, serious matters where he stands on the deep reasons for industry outrage. The notion of turning over a new page and starting again cannot erase that which was written. 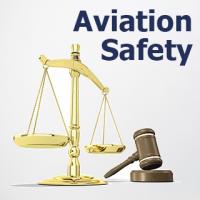 One of the most onerous and sinister hardly rates a mention anywhere this week; with your indulgence and patience, let me direct you to a recent case brought to the AAT; the tale of Wotherspoon v CASA. At first glance – it is a ‘so-what’ story. The underlying aberrations typify one of the major reasons for the demanded reform of the regulator. This was not a ‘safety case’ it was an example of CASA muscle flexing, for all the wrong reasons, to achieve absolutely no benefit to anyone; a gross misuse of system and power to achieve nothing that could not be settled over a coffee, by men of good will.

Carmody must now try to remove his minister from the spotlight shining on the buildings encroaching on operational runways and the very real, significant risk to the shopping public that entails.

The almost farcical passing of all responsibility, denial of involvement and attempts to convince the SE committee that runway end obstacle clear surfaces are akin to public safety zones would be hilarious; if it were not so real and bloody dangerous. Carmody is up to his hocks in that and, through the Estimates Hansard, proven to be part of the problem. Airports = developers green fields in Mrdak speak. The ministerial drone  is beset by plastic ‘drones’ and Carmody must also resolve that problem; much as he would like to deny that CASA have any sort of role to play. You know, they rolled the dice when they allowed, without protest, the building of the DFO at Essendon, nothing was said when Archerfield was seriously embuggered; even less is being said of the travesty at Bankstown. “Not our responsibility” they say, “we only advise”, while believing that an aircraft will never collide with a building ‘close in’. Well boys and girls one did, with fatal results. Is the Carmody CASA now taking steps to eradicate the ‘drone’ risk; or, looking for ways to duck the fallout when trumps turn to shite? You all know the answer to that question as well as I do. For the removal of any doubt; start HERE.

Carmody has a full plate of ‘other’ interesting matters which demand his attention; the small matter of the ASRR, the insignificant CVD issue, the part 61 shambles, the CAO 48.1 row, cleaning out the snake pit sociopaths;  all of this before breakfast and golf, followed by lunch and the Pel-Air report landing with a splash, on a desk near him in the near future. Do you see the waste of time and money preceding the Carmody appointment? Had the ‘reform’ process been instituted after the ASRR was published; there would be an almost perfect defence against the Pel-Air scandal. The layers of smoke and dazzle of mirrors may well fool the village idiot; or a minister, but not the real world. Not only was there never any intention of implementing the ASRR recommendations; there was an active effort made to make sure that the power base Carmody has inherited remained not only intact and immutable; but better protected.

This hapless minister needs to disavow, immediately, the notion that Mrdak, the department, Carmody or Aleck are there to keep him squeaky clean. They will, without any hesitation, throw him under the first bus which challenges the status quo. Ask John Sharp, he’ll tell you – that and more.

“ Nations thus tempted to interfere are not always able to resist the counsels of seeming expediency and ungenerous ambition, although measures adopted under such influences seldom fail to be unfortunate and injurious to those adopting them”. Lincoln.

That’s it; to mention the shambles at ASA or consider the expense of pointless appearances of the Hi-Viz Hood at every bloody accident, getting under the IIC feet, seems to be one step beyond the sublime. This minister is in serious trouble; one has to wonder if taking a knife to a gun fight is really a sound policy? Mind you, he is unlikely to attend anyway – preferring the safe havens of the hairdressing saloons, surrounded by acolytes and such.

Enough: a new bench for the potting shed is required; there is no viable escape. Picks up tool box, whistles up dogs and trudges down the garden path to the 4×2 and 8×1 awaiting saw, plane, mallet and chisel. Mortise and tenon practice – lots of.