Not only captive, culpable – but Catamite (and loving it).

Not only captive, culpable –  but Catamite (and loving it). – AuntyPru Forum version.

“We fail? But screw your courage to the sticking place, And we’ll not fail.”

Macbeth, being ‘Macbeth’ asks a question of his Mama – What if we fail? I’ve always liked Mama’s answer; it’s sheer cold blooded logic rings true. It’s a bugger when all the Mama’s boy’s in aviation worry about ‘failing’. If they don’t stop banging their gums in tea rooms and cussin’ CASA up and down – when out of earshot – they’ll have failed, not only their industry, but, more importantly –  themselves. Aviators and those who invest their lives in an aviation business are not, by nature, cowards or ‘sooks’. Quite the reverse in fact; courage and confidence have long been a given quality of the tribe. And yet, it seems to me that CASA have got them cowed, beaten into a cocked hat and scared of their own shadows. (lest they transgress or offend).

I, for one, am not sure how much longer the aviation industry can go on ‘in denial’. Ministers live in ‘denial’ – it’s a permanent state of mind for them – well, such minds as they have. It is probably wise to ignore the current minister; and best to step around his office. Why? Well. he can’t help being fundamentally, as thick as two short planks; not retarded you understand, I’d bet he can add up his allowances quick as a wink; but even then, not wholly and totally in touch with reality. His aeronautical reality comes from the sage advice of a CASA fellah – the same one old Darren 6D’s fired; but who has, nonetheless ‘captured’ the mind of a crown minister (such as it is). To say CASA own the current village idiot, posing as minister – lock, stock and barrel is not an exaggeration. This, standing alone is disgraceful; but, it gets worse.

A bucket – full of Canary pooh.

The media – the alleged fearless media is also terrified of this CASA beast. Went to that man ‘Iggin’s book launch indaba; asked a fair few friendly faces why they didn’t write and publish ‘facts’ supported by evidence of the CASA protection racket etc. Consensus; the journalists would love to – BUT – the ‘truth’ is verboten; end of story. Even the ABC go though legal ructions to air any sort of story which reflects the demi-gods in any form of a bad light. Pathetic really, when you consider the shock and horror of the travelling, tax paying public should even a sliver of ‘the way things are’ ever become public. Freedom of the press is just another catch phrase given lip service; but has SDA credibility, not in the way of reality at least.

Can we just take a break and look at the short list of the top contenders for the ‘Embuggerance Cup’. When I set the ‘tote’ odds for any race it is my habit to take a long look at the ‘outside’ chances first – they can surprise: and, mathematically one needs to take a little care when setting long odds. If an outside shot gets home, the short odds need to cover the outgoings. So the outside chances first.

Coronial Recommendations: 17.2 hands, (two fingers). Gelded, but ‘cut proud’. Out of Blind Justice by Rule of Law. This entry should be ‘odds on’ to place. Runs straight, but slow and although often confused by multiple runners ahead, mostly see’s the finish and makes it to an often disputed place. For some reason protest against that righteous place are often upheld. Not a thing can be legally done once the Stewards, with ministerial support have denied further argument. 100/1 a place; 120.1 a place after the event and 150/1 a place and win the protest.

Direct Factory Outlet; 15.3 hands. Filly. Out of Blind Stupidity by Not our Fault. New entry into the big race scene; USA backers and a slim chance to run a place. The form guide is not producing any hints as to how this Filly will fare in a long race with tough going underfoot. However, the astute punter will not need to be tempted by the odds. Whispers from track side indicate there is to be a concerted effort to ‘interfere’ (DoIT, and ATSB entry in concert with the PMC’s runner) with the speedy Filly’s straight run – the wheels are in motion. I’ll start you at 150/1 the place – 200/1 the win and 250/1 a clean start.

Reverent Review: 16.4 hands. Horse, out of Senators Musings by Ministerial Direction. There is quite a lot of ‘mystery’ surrounding this entry: lots of data held back by the Stewards. On paper, running alongside of ‘Ministerial Support’ (another mythical creature) this horse should be at short odds to street the field. Lack of recent outings has seen the animal stable bound and suffering, due to general lack of interest in seeing it race from the connections – one can only wonder why. 200/1 a non starter. If given an outing 1 will get you 120 a win, 160 the place.

Rhoades Scholar. 16 hands, Brumby out of Bush Maiden by Landed Gentry. The last outing should be the subject of a Stewards Inquiry – full Monte. The interference and illegal tactics used outraged the St Leger crowd when the Stewarts threw out the appeal on very dodgy evidence. It should be noted that track side camera’s recordings were – somehow – lost after the event. Another entry which should be a short odds; but, I’ll give 100/1 to even start and 130/1 to finish; 40/1 will get you placed and 200/1 against the Stewarts upholding any protest of ‘foul’ running.

Aviation – and the poison chalice?

Flying Angel – 15.3 hands: Mare out of Good Intentions by Stuff Happens. An entry which has been doing good work in country centre meetings. Short odds on rural tracks where the going suits and the competition is honest. How she’ll do at a big city meeting with less than honourable competition, in a race that ‘the’ competition sponsors is in the lap of the gods. All a Bookie has to work with is knowledge of the way the race is managed and the opposition. Odds on it will be a starter: I’ll offer 4/1 on a good race being run hard, straight and true. Where the bookie must be cautious is in the result; often, small legal technicalities can spoil a good result, ending a win by ‘subjective’ disqualification. 200/1 the win; 100/1 the place and 20’s (odds on) any whimsical protest being upheld.

Buckley’s Chance. 17.0 hands. Horse, out of Brilliant Idea by Robust Logic. There is a considerable amount of opposition to this entry even getting a start. The Stewards keep holding back the entry details for further examination. Provenance, pedigree and eligibility have all passed their tests; yet they hesitate to make a ruling; leaving the connections with all the expenses and in limbo. Nothing yet has moved the Stewards to even respond to their claims that the entry is ‘absolutely’ legal. In the Pub I’ll write in the ledger 40:1 the start. Official; it’s odds on no entry accepted (5/2). If the entry is accepted, with the entire field against a clean run – 150/1 the win: 100/1 the place.

And yet boys and girls these are real entries in a ‘devil takes all’ race to the finish. The finish being the demise of the light to medium aviation industry in Australia. The lack of both governmental and ministerial intervention in allowing the world’s worst aviation administrator becoming a ‘private’ enforcement body, with unlimited power, strict liability enforcement,  a ‘Caviller’ approach to the rule of law and; to top it off, a fixed race – and minister who is little more than a glove puppet for the lunatics, running the asylum.

In a time of war Australia has given generously to our ‘allies’. It is time, before the tape goes up for the final running of the ‘Embuggerance Cup’ for the ICAO, the FAA, the NTSB, Uncle Tom Cobbley and all, to come to the aid of the party. Australian aviation is becoming increasingly dangerous; through piss poor law and inutile ‘experts’ living out their wet dreams, through ‘law’ – while an industry dies: not on it’s feet, but on it’s knees – pleading for fair play, sanity and justice.

“Anybody there?” Knock three times if it’s my Aunt Mary.

Aye well; ‘tis but a bugger’s muddle. Time we had a qualified pair of hands at the controls. Anyone who thinks; for one blessed moment that Crawford and ‘his’ mates can run aviation in Australia needs to talk to some expert advice. Industry is borderline moribund now; flight schools are leaving in droves; foreign nationals crew our aircraft and the legend of ‘quality operation’ Australian pilots owned is fast becoming the stuff of legend. Second rate about as good as we can manage. It shames me; not to mention those who went before and forged the legend.

So children; here we are ‘at the sticking point’. Are you more afraid of CASA or loosing the house and your kids future.? Yup; ‘tis time to piss in the pot or get off it. So many chances lost to history – wannabe one of those? You all know the stories, the score: and; – you all know the victims. Evermore to wonder when a Crawford or a Carmody decides you are an easy target, on which to reinforce that ‘they’ are a regulator with a capitol R. When they run out of soft targets to justify their bastardy; where do you reckon they’ll look for more ‘miscreants’ to justify their putrid existence? Surely not you? – You have an ‘understanding’ don’t you.

Oh well; sod this for a game of soldiers. I’ll be far away by your ‘Sunday’ morning. I leave this intriguing ditty by Burns; in English. 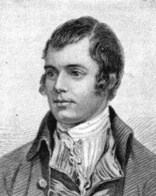 I’m truly sorry man’s dominion
Has broken Nature’s social union,
And justifies that ill opinion
Which makes you startle
At me, your poor, earth born companion
And fellow mortal!

They live long because everything takes forever. Ring any bells?