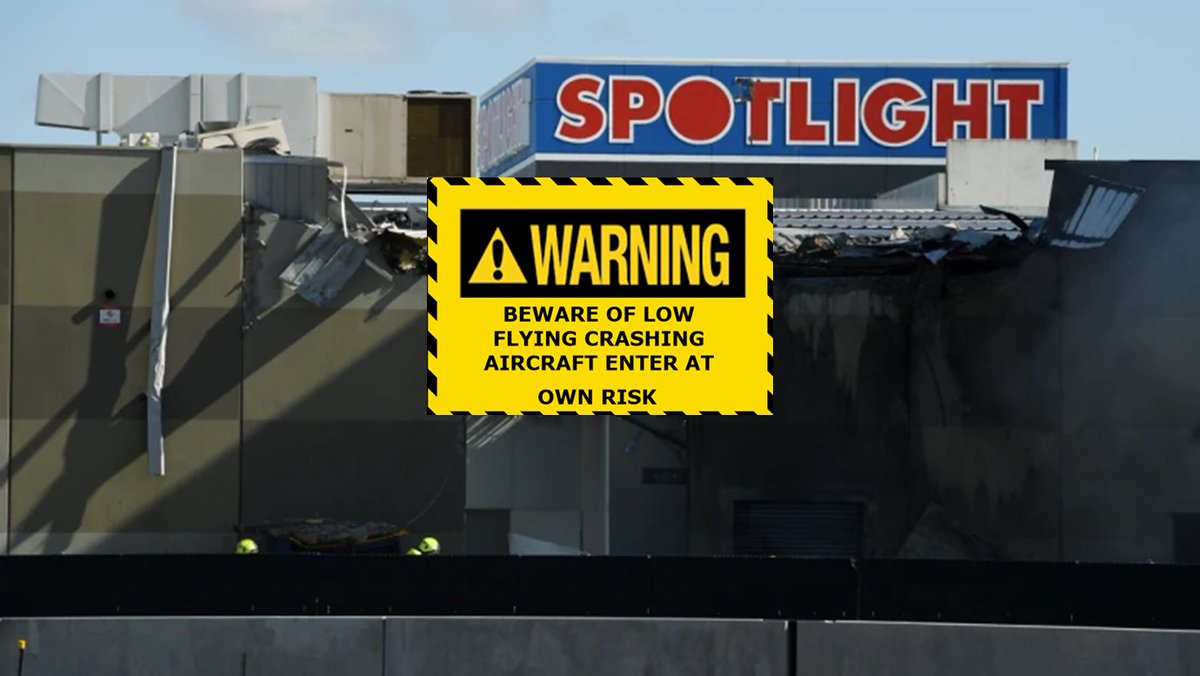 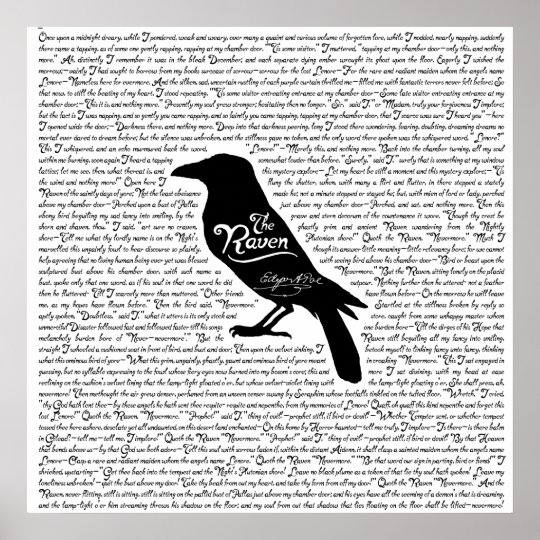 Once upon a midnight dreary, while I pondered, weak and weary,‘

Over many a quaint and curious volume of forgotten lore—

“Over many a quaint and curious volume of forgotten law” . E.A. Poe could perhaps be pondering the extravagantly convoluted ‘spaghetti’ of Australian ‘insurance’ law – in particular, that related to ‘matters aeronautical’. It is indeed a ponderous pondering through many a ‘midnight weary’. But, that’s what is required – if you expect to ‘win’ the no holds barred grudge match.

:“This accident and the loss of life of the pilot and four passengers in the view of the ATSB, could have been prevented had a checklist been followed thoroughly prior to take off,” Australian Transport Safety Bureau chief commissioner Greg Hood said at the time

I read with great interest the article presented in the ‘The Age’ related to the ‘unfortunate’ collision of an illegal building, encroaching on an active runway ‘safety zone’ with a corporate, turbine powered, aircraft; a Be 200, designed by Beech, built by Raytheon and powered by Messrs Pratt & Whitney, flown by an experienced local pilot.

The building in question; which, according to Air Safety ‘expert’ (Bwaw HaHa) Greg Hood (top gun canary at the ATSB) actually saved lives. Total bollocks of course; but therein lays the official front line of ‘defence’: well, that and it was all down to ‘pilot error’ say’s the highly qualified crash investigator Hood. (Oh! He’s not qualified? Goodness me). 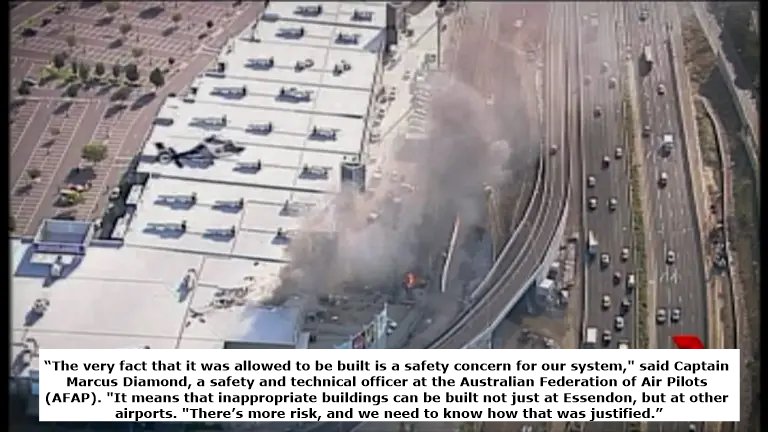 Quite correct – we do need to know – absolutely – how that building was ever granted approval – official like. We all know ‘how’ it happened; unofficially. We all know who was at the bottom of the deal – can we ever prove it? Not a cat in Hell’s chance. We must rely on the Hi-Viz (canary yellow) Vest wearing Hood’s investigation into that. Which will not only be entertaining; but, with any luck at all should spark a Royal Commission. We actually need a Judicial Inquiry – alas; too many fat, shiny arses will get spanked through that system; so a RC will do at a pinch. Any less than that invokes the stench of government corruption – and we can’t have that; can we now children? Any hint of ‘Ministerial’ involvement; or, profit cannot be spoken of; not out loud, outside the Pub.. But, I digress.

Then the bird said “Nevermore.”

The Spaghetti of the Australian ‘aviation insurance’ legislation is about to be tackled – hard. Two pronged attack – the Book (Tote) is open. 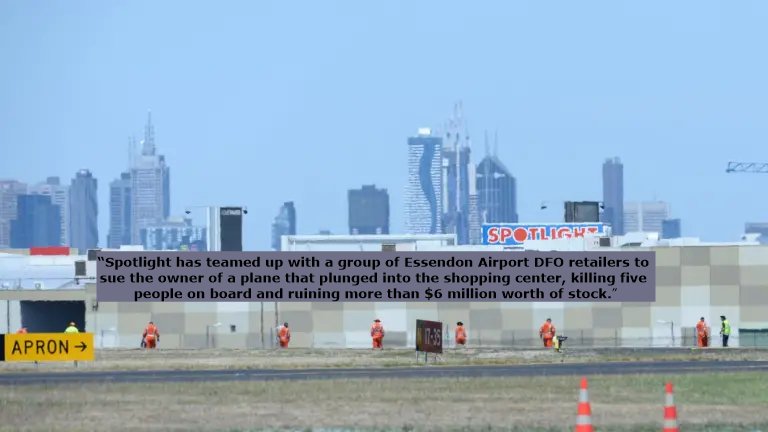 This is a ‘fun’ snippet of information. The owners will roll over most obligingly, weighing tax benefits against legal argument and pay up. No brainer. But what will Spotlight do with their ‘winnings’? It is about time the SDA weighed into the competition. I have no idea how many ‘union members’ work within the Essendon DFO complex – but let’s say – for a number – 200. Working between 6 to 10 hours per day on a five day roster. How much of the ‘winnings’ will the multi million dollar company spend on say a ‘just in case’ evacuation plan. Say the next incident does not carry the Devil’s own luck and actually penetrates the ‘work-space’. What then? “Can’t happen twice” say those who work off site? Fine and furry muff say I – so send your kids there everyday; open a kindergarten there – reduced rates; all the toys. No? I wonder why not. There should be a bloody big ‘At your own Risk’ sign on the entrance. Rumour has it there was – until it fell down – courtesy of the Vic government parsimony (or greed) take your pick.

The DFO is inside the safe area promulgated for aircraft operations. Things do; occasionally go wrong – not often – but; “once bitten- twice shy“ seems to fit. You have no idea (none) just how lucky the folk inside that building were. Could it happen again? Who knows – but tempt fate etc? If I were the pilot’s widow; I’d be seriously considering suing the brass balls off those who profit from this illegal building. If I were a union rep. for all the good, honest hard working folk who toil in that DFO I’d want assurances or; high risk pay – for those brave enough to work there – I, for one, most certainly wouldn’t.

Then I also believe the Victorian government have a duty of care to the shoppers of Victoria – at very least a big sign saying – “Shop at your own risk”. That would at least provide a plausible plea when the next ‘event’ happens and a thousand are burnt – alive in a fiery conflagration of metal, concrete and jet fuel. Some folk tempt fate – others tend to avoid that option. 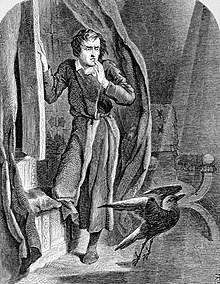 “Prophet!” said I, “thing of evil!—prophet still, if bird or devil!

But the dark horse in the race is the American entry. This is the one to watch (short odds on my ledger). They have; astutely, gone after the pilot’s ‘estate’ – such as it is. 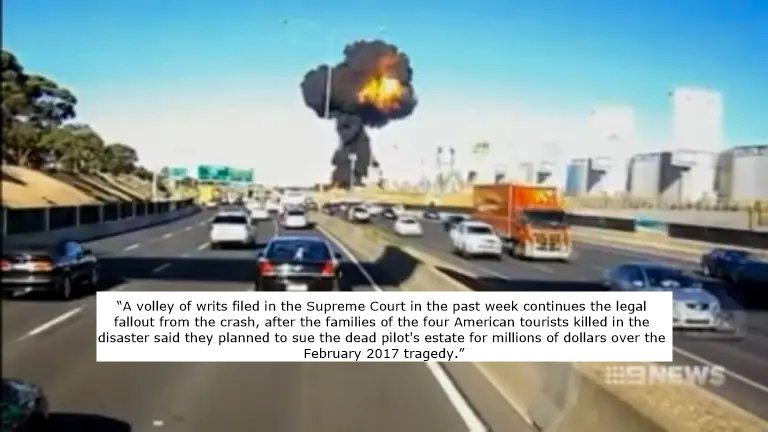 Ref: The Age, via AP forum thread – https://auntypru.com/forum/showthread.ph…93#pid9793
Their legal costs, so far, stand alone far outweigh any pittance they may gain through that easy win. Most certainly the widowed woman cannot afford to confront these legal heavy weights. She is but a mere bagatelle, a pawn in the big game. One small win and a precedent is set; look out one and all. The boy’s are back in town. Who gives a Rat’s if the widow is left to grieve – in poverty – all quite legal M’lud; our conscience is clear. My Ferry boat across the Styx see’s many of this ilk – a lot in fact; the Boss and I love ‘em. They’ll pay double for a seat out of the sewer. We do take the offered amount, and then sit ‘em in the bilge anyway. I just smile all the way through the journey until about halfway – then – I let the Gobbledock have his fun. Why not? He works hard for his meagre stipend.

But; most of all the appalling things emanating from this Oh so preventable tragedy is the complete loss of ATSB credibility. They were on shaky ground before this little ‘Howd’ya-do’ what with the Hi-Viz Canary threatening his troops and providing ‘reports’ to order, delaying, deferring and distracting vital safety issues. We could, (knowing better) just, live with that pony-pooh. But when, without a single, provable shed of evidence – none; Hood declares it ‘pilot error’. Then I say the idiot Hood needs to prove that, beyond any reasonable doubt; in a court of law. He cannot, beyond a reasonable doubt prove that the pilot omitted vital checks; he cannot prove, beyond a reasonable doubt that both engines were at full power. (Audible maximum PRPM is not proof). In fact he can prove Sweet Duck All, on even the balance of probability, that the pilot was the sole cause of an aircraft colliding with a building, within a legislated ‘safety zone’. HE CANNOT. I call BOLLOCKS on the whole fiasco.

Take thy beak from out my heart, and take thy form from off my door!”

Where’s Spotlight’s workers safety, evacuation and compensation plan? Where is the Victorian governments warning signs to shoppers? Where are the ever caring politicians looking after their constituents? Where is the Minister responsible for public and aviation safety? Where is the Union who allegedly protect their membership? All at the local trough perhaps? Aye; just a thought, or an opinion – as you like it.  But enough;;;;;;;;;;;;!

Two sets of amber eyes watch carefully as I head to cupboard; a towel, the ears prick up; a pair of thongs – the eyes light up; a T shirt they begin panting – patiently they await the magic word– “Swim” ?  Bloody silly question really, given the temperature – they beat me to the transport by at least a minute. They must wait yet a while; we need food and water; for I’ve no intention of returning to the stable this day – not while the sun shines. See you at sunset Papa -. Jeep roars up the driveway – @30 knots passing the gate. Toot – toot.