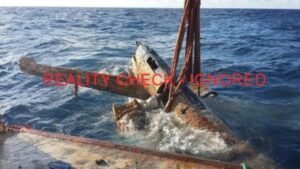 I suppose, in a way, one must feel a little sympathy for a ‘minister’. The strange, alien world of politics and policy being far removed from the every day world of the man on the street; or on a flight deck, a ship’s bridge or the cabin of a ‘big-rig’. The minister is immersed in policy, cosseted by ‘advice’ and protected by a small army of departmental heads, without having a blind clue about; or, real life experience of the matters which affect mere mortals. 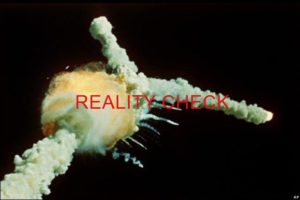 “Nothing ever becomes real ’til it is experienced.” ― John Keats

The ‘minister’ may even be, at heart, a decent sort of chap with only the best interests of the nation at heart – unlikely, but; within the realms of possibility. Lets pretend the minister is a good egg just for a while and take a look at the difficulties faced to gain a measure of ‘reality’. There is little to no chance of a reality fix from within the closed circle of advisors, they have a different agenda – to protect the government and the minister from the ever present threat of a ‘cock-up’ affecting re-election. So we can rule them out of the reality stakes. May the minister then look to his department heads for honest, sage advice? This notion may be discarded. The top draw mandarins have an obligation to keep the political boat on track and not make a mess on the ministerial carpet; or, if they do, then they must clean it up and hide the evidence. The minister may not seek advice from those below the top dogs, simply because the minions will protect their rice bowls and support the top dog’s latest barking. So, in short, the honest minister is buggered, well and truly, when it comes to ‘reality’ – assuming a fix is wanted of course. 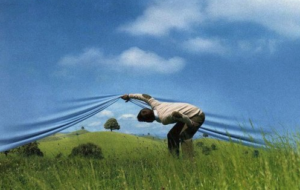 “..Reality is merely an illusion, albeit a very persistent one…”  ― Albert Einstein

Take Australia’s compliance with ICAO as a fantasy: a confection of myth, legend and obfuscation, supported at huge expense from the public purse. Periodically, ICAO will ‘audit’ the Australian performance and compliance; one of these audits took Australia to the brink of the dreaded ‘downgrade’ to Cat 2 status – goodbye code share, goodbye Qantas. The diplomats dived into the murky water and saved the day – but: to do that, an 89 million dollar fix was needed.

Review by the Director of Aviation Safety …Technical training was identified as an issue by the International Civil Aviation Organization (ICAO) in its 2008 audit and in the US Federal Aviation Administration’s International Aviation Safety Assessment (IASA) audit. We have responded by developing a comprehensive technical training and professional development program to enhance staff capability in areas such as leadership, regulatory skills and technical expertise…

…The Australian Government has provided a significant budget boost to aviation safety, with an additional $89.9 million in new funding allocated over four years. The additional funding will be used for a range of purposes, including employing additional safety specialists, safety analysts, airworthiness inspectors and other staff…

…CASA, the nation’s independent aviation safety watchdog, will recruit almost 100 additional frontline staff with the $89.9 million in new funding provided by the Budget. This extra investment in safer skies will be funded via a small increase in the aviation fuel excise, from 2.8 cents per litre to 3.5 cents per litre. The Government considers this to be a reasonable and responsible step considering the industry’s continued growth depends on the public’s ongoing confidence in its safety standards. Following the ICAO and FAA audits this investment in CASA’s staff and training is critical, and will strengthen the organisation’s oversight of the industry. Aviation safety should be bi-partisan, and the Government puts the safety of passengers ahead of other interests…

Ask yourself this, how much trouble was Australia in, when the ‘fix’ for departmental incompetency cost more than the contribution made to MH 370 search? The money was raised through a ‘temporary’ surcharge on aviation fuel, expected to last four years. That levy has never been rescinded, indeed, it now forms part of the annual CASA budget. Furry muff you say – if it keeps us ICAO compliant and ‘us’ out of the downgrade Do-Do and the FAA off our back. So, insofar as the minister is concerned – all’s well and hunky-dory with ICAO and Australia’s class1 category. Wrong assumption. It all appears to be well, but perhaps the minister, (not some hapless minion), could ask a couple of questions and study the answers himself – we have. Q1, why has the latest ICAO audit not been released? Q2 Why do we spend incredible sums to appear ‘compliant’ when, in reality, we are not? Perhaps a little time spent on Mount Compliance with P2’s most excellent research could help the minister find his way back into the real world, before it finds him…. 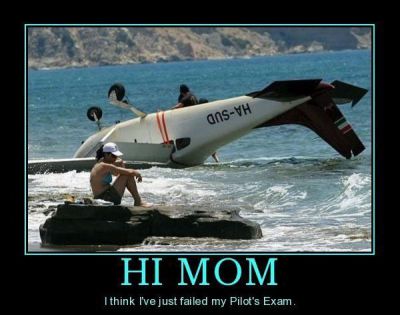 “Reality can be beaten with enough imagination.” ― Mark Twain

The minister could reinforce the reality of a grim picture by taking a close look at an independent ‘expert’ analysis of the most inconvenient Pel-Air ditching of a medivac jet off Norfolk Island in 2009. At that time, both FAA and ICAO were seeking to downgrade Australia, which made the accident a seriously ‘hot’ political item. Major code sharing agreements hanging by a thread, diplomats working overtime, all hands to the pumps, then some idiot child lobs into the water, out of fuel, in the middle of the night. Despite, or more likely because of ICAO, FAA and public interest, there was a desperate need to divert any portion of blame falling on the CASA, the minister and his government. It is a long saga and now; many hope a forgotten one. But the ‘truth’ (whatever that maybe) has a habit of surfacing, much like a rotting corpse, to bring the evidence home to those who would have the truth.

“Cherish those who seek the truth but beware of those who find it.” ― Voltaire

Australian Aviation is running a series of articles written by an expert; which provide a clinical, forensic, non aligned analysis of the Pel-Air ditching and examines the gaping holes in the very expensive ‘safety-net’ the Australian public pay for so dearly. Perhaps our minister could find a coffee and quiet corner to read the articles; and, perhaps get a foothold on the reality platform and actually make the major, desperately needed changes demanded by an ailing industry. We cannot possibly limp along in denial of crisis for very much longer: not the way we are. Sooner or later the FAA will become very interested in our little games, the stakes are high, the penalties unthinkable – but very, very real. 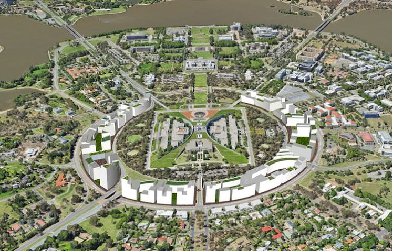 “In order to build, sometimes you must first destroy”.

Before the minister dashes off to find his ‘advisors’ perhaps a little time spent – HERE – will direct him to the right advice. Who knows what he’ll do – but history is against his doing anything other than covering his own arse. Another Darren Chester clone, produced in a government sponsored 3D printer at public expense.

Aye, ‘tis the time of grim reality – before the gab-fests begin and the layers of Teflon are reapplied to reinforce the myths and legends of Australian aviation reality as seen through the rose tinted glasses handed out by the sponsor.

Reality is a second coffee warming cold hands, by the stable fire; anything beyond that I cannot guarantee as real.

»» CASA’s procedures and guidance for scoping an audit included several important aspects, but it did not formally include the nature of the operator’s activities, the inherent threats or hazards associated with those activities, and the risk controls that were important for managing those threats or hazards.
»» Consistent with widely agreed safety science principles, CASA’s approach to conducting surveillance of large charter and air ambulance operators had placed significant emphasis on systems-based audits. However, its implementation of this approach resulted in minimal emphasis on evaluating the conduct of line operations (or ‘process in practice’).

Although there are pragmatic difficulties with interviewing line personnel and conducting product surveillance of some types of operations, such methods are necessary to ensure there is a balanced approach to surveillance, particularly until CASA can be confident that operators have mature safety management systems (SMSs) in place. [If CASA surveillance is too shallow how do more senior personnel (chief pilot, standards managers, check and training pilots) know whether their own practices are adequate and aligned with best practice?]

Ultimately, inadequate regulatory oversight also contributed heavily to a false sense of security within Pel‑Air. How devastating it must have been post accident to have CASA inspectorate staff suddenly find so many systemic issues that had not been picked up during previous CASA surveillance.

Now watch again the ‘$89 million bucket’ video (above). Anyone else get the impression there was no love lost between the former DAS McComic and BC