Milestones along the road to Pel-Air.

This is probably the penultimate, ‘explanatory post’ in a cautionary tale which began – HERE . 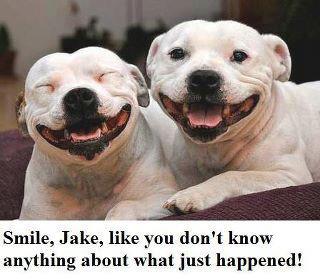 Beaker’s Mum – “Oh Martin dear, the garden is looking so lovely, how do you do it?”

BM – “Well after all that hard work, we’d better have a cup of tea; I’ll put the kettle on”.

B – “Great, you will read my tea leaves afterwards”.

That was about all the conversation GD could capture and anyway, the stench from the big pile at the bottom of the garden was making him nauseous, so he packed up. But the information, used properly, is of value if we are to follow the road to Pel-Air.

Some of the BRB feel that we did Beaker a disservice; others disagree. It is a ‘quiet’, academic discussion, ruminative rather than combative. I expect you are confused by now; what’s the fool rabbiting about? Well it goes like this.

Many of us who watched, listened and studied ‘Beaker-speak’ at estimates and inquiry could not fathom the disconnects.  Clearly, the man was a dumb as a bag of hammers even clearer was he had NFI (whatsoever) about ‘matters aeronautical’ or accident investigation.  He could trot out the ‘scripted’ lines, but deeper questioning produced the ‘disconnect’ between rehearsed, work-shopped weasel words and ‘in-depth’ knowledge of his subject. In short, many believed his Mum’s tea leaf readings were his guide.  But that is obviously not the case. Being malleable, obliging, not too sharp and beholden made him a perfect foil. Add to that an accountants narrow minded purview and things become clearer. Real Accident Investigators (AI) live and breathe their profession; their bible Annexe 13 their only goal – solutions and providing reports which prevent a reoccurrence. There is no way a career public servant, with a ‘spotty’ record could grasp that passion and so the ‘disconnect’, once again, became apparent. Which of course led to much criticism. A soulless public servant mentality could never understand, not properly, what a ‘real’ accident report means to aviators.  I digress.

P2 has done well to fill on the gaps, join up some of the dots and set the stage to tell the tale of our long, weary journey from the 2004 ‘first rate’, world class status to the pitiful, crippled thing we have today.  Many believe Lockhart was the watershed; almost as many reach back to Seaview and Staunton; it is, I believe, academic.  Seaview certainly changed the dynamic and shifted the perception of ‘blame’; Lockhart was the catalyst for real change.  There was a battle for supremacy, power, money and kudos, but that was a sub-plot; the real battle was to decide who’s version of why the holes in Reasons famous cheese lined up that day.  ATSB lost the fight and were relegated to a subservient role; handmaiden and arse wiper to CASA.

Progressive MoU which bastardised the Morrison report ensured that slowly, but surely ATSB was subsumed, the independent power base eroded and those that wanted to kick that bucket were quietly informed that there were not too many jobs for ‘specialist’ accident investigators out in the cold, hard world.  There were pockets of resistance and for a while, every accident or incident provided a new skirmish and opened the golden  gates to criticism of the minister and CASA – intolerable. There was an urgent need to find a way to get CASA and by extension, the minister –‘off the hook’.

Enter the dragon: Doc Walker and his ‘cloud’ diagrams; they all look like ‘little balls’ floating in space; (you can draw whiskers on ‘em and they look like hairy little balls i.e. bollocks) which placed ‘regulatory oversight’ on the top line and organizational matters in a subsidiary role.  Well that suited everyone just fine, all that was needed was an obliging Muppet with NFI to carry the message and make it all work.  Aye, Dolan was not selected by accident children – a front man was required, one who could be controlled by strings, from behind the curtain of safety mystique.

CASA thought this a wonderful thing and ‘regulatory oversight’ gained ascension, the bonus of ‘no operational issues’ being included; a goose which laid it’s golden eggs as when required.  McComic took liberties with the system and allowed some of the known thugs free rein to dictate and ‘enforce’ their own ideas, under ‘black letter’ law wherever it pleased, with full back up.  One of the classic exponents of this art is still ‘at it’ to this day, still operating under the McComic system, still creating mayhem, still bullying aircrew and operators alike; rejoicing in a track record which has brought many a pilot and operator to an impotent boiling point.

When you place this type of mentality in an atmosphere of no accountability, support it with the full resources of the CASA and a belief that the ‘law’ cannot touch them; you have created a monster which has, can and will continue to do much harm. When that monster is turned loose without organizational constraint or accountability there is no recourse as the government and minister like the peace and quiet the system produces and all is well until there is an accident. No matter you say – the ATSB will get to the bottom of it and we shall find out why a Brasilia with two experienced pilots ploughed in killed them both.  We shall discover why two perished at Canley Vale, we shall determine why two jets nearly ran out of noise and luck at the same time; we will have the truth of the Melbourne incidents; and, many other incidents with organizational links in the causal chain.

The absolute, very best we can hope for; offer prayers to any pagan god who’ll listen, is a clean sheet. Start again; from the beginning; let the past lay. The organizations and the minister are in too deep; they dare not take the lid off and it is their lid. Let’s hope for a new broom DAS who will remove the Worthless rubbish from the CASA corridors, an ATSB commissioner who can put aside the Walker bollocks diagram and a minister who can take at least a pissing interest in the well being of an industry and the travelling public.

Enough – finish ‘em off P2 – I’m off to buy a new bucket; the old one is just about buggered.