“Let sleeping dogs lie — who wants to rouse them?” 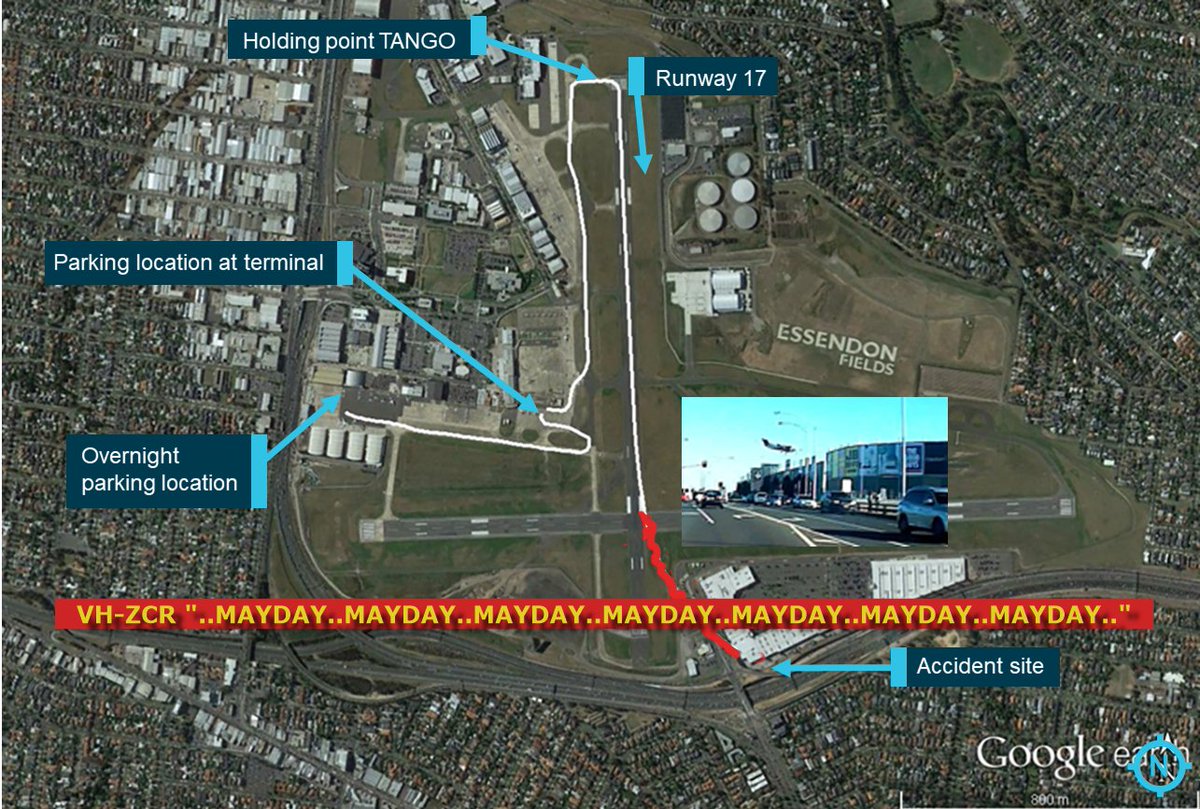 My old companion Charles Dickens wrote that line in David Copperfield (1850). Most folk are aware of the first part and what it means; but the rest of the sentence poses a bloody good question. A fox coming into your Chook shed would most certainly not wish to wake the dogs; you on the other hand would be fairly disappointed if the dogs slept through the whole event.

There are ‘foxes’ who most definitely do not want the sleeping dogs of Essendon Fields awoken, for they are big, strong well trained animals. The NTSB Rottweiler for example; or, the RRAT Senate Collies for another. Now, up until now the foxes have quietly snuck in, grabbed a couple of tasty morsels and hoped to escape – Scot free. Time to whistle up the hounds methinks. So much for metaphor (whimsy). Time to get down to brass tacks.

Statistically, you have more chance of dying in a burning, aircraft struck building, than you do of winning the lottery – IF that building is in a high risk area, near an active runway. The American development of the UK’s ‘Safety Zone’ notion into a ‘code’ has reduced that risk to a very acceptable level. There is no-way a tall building, which may contain somewhere between a thousand to 4000 people; working, shopping and eating would be allowed, where the Essendon DFO exists; not under the US code. Just wouldn’t happen.

I believe the Federal minister and the Victorian government have a duty of care to warn the shopping fraternity of Melbourne that there is a significant risk factor attached to visiting the Essendon DFO.

In a perfect world, the DFO would be demolished – alas. The vested interests will not allow the ‘right thing’ to be done, despite the fact they know, full well, it is the only right and proper thing to do; not to mention it is only a matter of time before a repeat performance. Such is ‘top end’ money and political obedience. So much for men of good will and conscience. 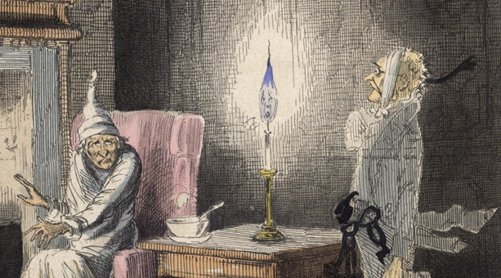 “Business!’ cried the Ghost, wringing its hands again. “Mankind was my business; charity, mercy, forbearance, and benevolence, were, all, my business. The deals of my trade were but a drop of water in the comprehensive ocean of my business!” ― Charles Dickens, A Christmas Carol.

There was, until the Hi-Viz Canary stuck his beak in, another avenue open, through which both the Federal and Victorian governments could have been made/seen to act responsibly. The ATSB report into the Essendon DFO fatal should have torn the lid off this can of worms. It failed: miserably, to do so. A familiar pattern emerged, same as it has for several other serious events:- ‘pilot error’. The purblind, paranoid media, then, for whatever reason, swallowed it: whole. Once the Hood statement was made, nary an eyebrow was raised; nor, a further question asked. So much for ‘investigative journalism’.

“By giving us the opinions of the uneducated, journalism keeps us in touch with the ignorance of the community.”

The BRB and the IOS have been digging beneath the surface of this brushed aside ‘non-event’. Seemed ‘passing strange’ that the whole thing was put away, cut, dried without a whimper of censure or even sensible questions on how the wretched building was allowed in the first place (in record time – by the way – Pel Air anyone?) Who approved it? How was it ever sanctioned? Who benefitted? All valid as yet unanswered questions. FDS the ‘politicians’ can’t seem to even differentiate between a ‘Runway End Zone’ and a ‘Public Safety Zone’. But then, as the old folk say, “there’s non so blind” etc. Meanwhile, dazzled by the thought of a discount, the public continue to roll out to the DFO not knowing they have entered the twilight zone. Hell the Vic government are even trying to flog off used road signs now; probably those remaining pointing to the Essendon DFO. So much for public safety as a political priority of the Snake Oil sales force.

“A few moments from now my resentment will have faded and passed and I shall probably even be praying for you; but while there is yet time I hasten to wish that you may take a dose of your own poison by mistake, and enter swiftly into the damnation which you and all other patent medicine assassins have so remorselessly earned and do so richly deserve.” ― Mark Twain, Letters of Note: An idiot of the 33rd degree

So, who cares? More to the point, who ignored all the warning signs and failed to see the red flags? We have discussed and dismissed the ‘aircraft’ as being the villain in the piece. Clearly the building should never have been built where it stands. Which leaves us with the hapless, dead pilot. Let’s, just for a moment, allow that it was ‘pilot error’. Let us even allow Hood’s statement that there were five opportunities to correct the off-set rudder trim as fact. Then let’s examine the ‘why’ of it.  Why would an experienced, qualified fellah not ‘do’ the required, mandatory checks as a matter of routine?

I ask that you bear in mind that non of the BRB are ‘medical’ men; and are, without exception, wholly unqualified to pass a ‘medical’ opinion. They are however all well qualified and experienced observers of pilot ‘behaviour’. And, it is the behaviour of the pilot which demands further examination. There are ‘operational’ questions to which answers have not been supplied. We must begin with the Mt. Hotham incident; WTD happened that day? Easy answer is to say a ‘cluster duck’ or aberration– but why? What caused this unusual behaviour? Well, to start, It seems the pilot had a diabetes condition.

“There is strong evidence that diabetes mellitus increases the risk of cognitive impairment and dementia.”

The quote above comes from an authoritative source. HERE. It is worthy of some consideration, if only to ‘eliminate it’ from our inquiries; so to speak.  Could the debacle at Mt Hotham – I do stress – could; be the result of ‘cognitive impairment’. Was this considered in the initial investigation? NO is the short answer. But there has never been a satisfactory explanation of Quartermain’s behaviour that day. Was it a large red flag? When you consider the next step was – ‘re-training’ without a deeper look at the ‘why’ of it. From this conundrum, another lethal snake pops out of the basket. ‘Cognitive dissonance’ raises it’s ugly head. Now then, I can’t explain it all properly but Wiki can, in another ‘authoritative’ piece. – Dissonance. 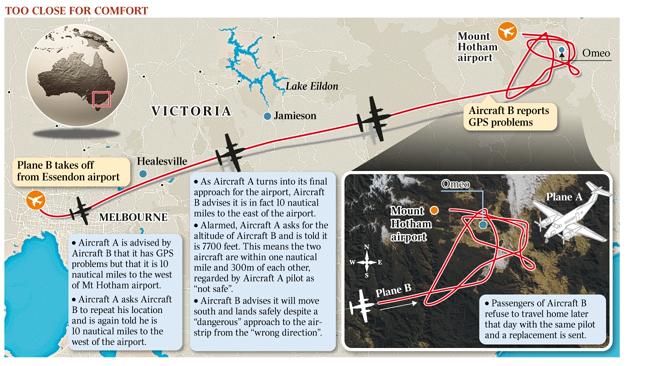 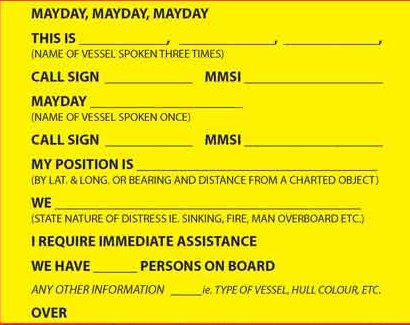 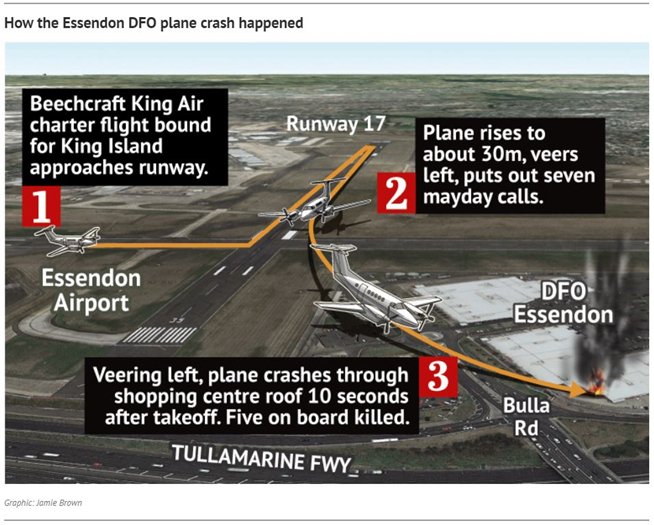 The notion of both cognitive impairment and after a ‘re-training’ session creating ‘conflict’ through dissonance, could lead one to consider seriously the united pair as responsible for the ‘stuck record’ effect of the repeated call of Mayday – made several times, out of ‘phase’ before the ‘normal’ time frame; while no definitive corrective action was being taken. It is a fair question. Happy to be called out for dabbling in area’s out side of expertise; but the questions surrounding this matter far outnumber the answers.

Not for one minute are we saying that this is correct – it is conjecture; and, has only been given some consideration as a result of the pitiful, bare-bones ATSB investigation into the Essendon Fields accident. There is so much not ruled out as ‘causal’ in the ATSB report that it (of itself) demands Senate committee investigation. The quick condemnation of the pilot and the closure of discussion about public safety and buildings situated close to high risk areas on airports has, IMO, prevented ‘expert’, serious, meaningful safety dialogue and recommendations from being issued. In particular those quick, glib, disingenuous answers supplied – not by ATSB ‘experts’ but those sprouted by the unqualified Hood. Hood ain’t a pilot’s boot strap; he certainly is not a ‘tin-kicker’; in fact he is a glorified clerk, trading on some misbegotten notion that he is qualified and competent to lead our nations ‘accident investigation outfit’. Well –  He ain’t – end of – full stop.

We all believe that the Senate RRAT committee should get off it’s collective beam ends and open an inquiry into this accident. They did it for Pel-Air, an accident without a fatality – (not that it changed anything) Shirley, they can certainly manage another round for an accident which claimed five lives and had, and still has the potential to claim more again. –

Re-investigation and demolition – the only solution? No it bloody well is not. Royal Commission into why Australia trails the world by 60 years (that’s six decades) in properly zoning development around aerodromes, would be a good start.

…We were astounded to discover that the UK, following the recommendations of the
Committee on Safeguarding Policy (the Le Maitre Committee), has had Public Safety
Zones (PSZs) in place at major UK airports since 1958. The US has had the
equivalent prior to 1989 and the Netherlands reviewed their existing policy settings
following the 1992 El Al crash after take-off that killed 39 people on the ground.

While we note that DIRD has been trying to get agreement from the States on PSZs for
about a decade, AusALPA strongly suggests that the NASAG should closely ponder on
the irony that we in Australia will still not have national PSZ planning restrictions in
place some 60 years after the Le Maitre Committee in the UK provided all the
necessary public safety policy considerations. NASAG should take no comfort in
Australia’s good fortune in regard to major aviation accidents and certainly should not
continue to prevaricate in establishing a universally stringent set of safeguarding rules…

There’s more, but an open inquiry would reveal that ‘more’. Albo as the next incumbent could score a shed load of points just by pushing this through. MTF on that –

Phew! A long ramble indeed; but, I think worth doing. Now I must unload the ‘Ute’. For there rests the lumber for a new garden bench. These are great fun to make, working outdoors under the very shade of the very tree the bench will reside under. The tree is a Fijian Hibiscus, Cape Chestnut* which has just finished flowering; this means the Rosella’s and Fruit bats have stopped their visits. The birds get quite tame and unafraid when you watch them – magic. So, tool bag, saw horses: and; yes, dogs too. All into the Ute and away we go, for a happy day, making something useful, far from matters aeronautical, domestic tyranny, ‘chores’ and suchlike. Toot-toot –toot…………… (if that bloody dog falls off again — – – – – -).

“K” – Right job Pops – just not at the Chestnut tree – but here. The one with the birdies in it. They stayed all day and helped; never a drop of poop on the bench or me. Good eh? 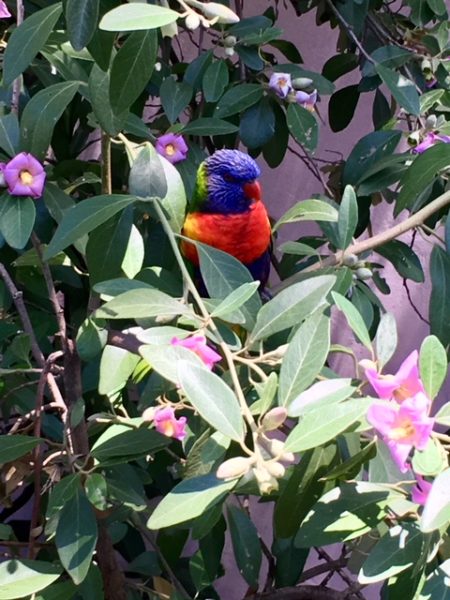 I sorta copied this one – in Aussie timber……….nice spot for a quiet beer….Or two.? 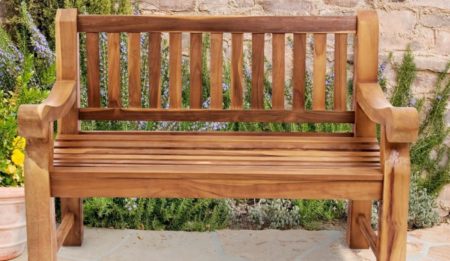