International opinion in a nutshell – via Mike Chillit. 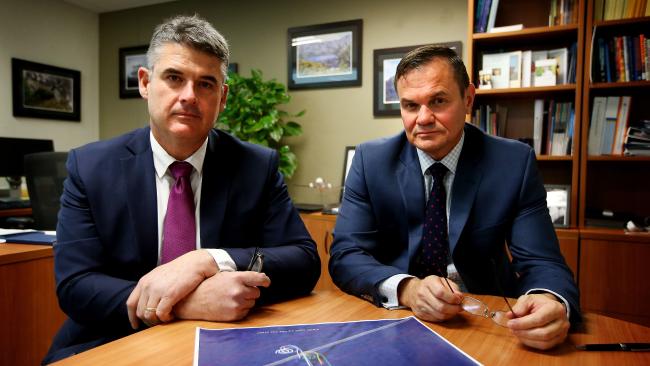 😉 Reference (& to comment) visit Aunty Pru O&O thread below: Hoodlum a giant amongst his peers

ATSB to Asia: “We Can Fix You”

I was a bit stunned a few days ago to see a photo of an Australian “Bwana” standing in front of a group of mostly Asian men with the caption “ATSB hosts marine investigators forum” (sic).

I admit that Americans have become perhaps too sensitized to appearances, and often try to avoid even a hint of paternalism when no one but a BuzzFeed editor would claim it exists. It’s the times we live in on the northern side of the equator. It has gone much too far and many of us try to find some middle ground. But it’s a slow process.

Try as I may, I just couldn’t get good vibes from the message as a whole as I took in that enormous photo that seemed more like a Stanley and Livingstone parody than anything else that came to mind. Yes, the big Anglo Bwana, front and center, is the one who chose the photo and wrote the self-adoring text that accompanies it.

What makes it almost farcical is that by any assessment outside of Australia, the Land Down Under is hardly in a position to school any nation on planet earth in responsible aircraft investigation technique. ATSB has monumentally failed one of the most basic of all investigative responsibilities: openness. It has more in common with Enver Hoxha’s Albania than with modern democratic traditions.

Australia’s ATSB is still reeling from two horrific aircraft investigation fiascos: Pel-Air, and MH370. Yet the agency had the chutzpah to make this claim:

Australia’s reputation for high quality and rigorous investigations makes it uniquely placed to assist with transport safety in the Asia Pacific region.

Oh, really? Why did all of the Sonobuoys dropped in the MH370 search area in early April 2014 fail to operate? Why has your agency remained in the same place SW of Perth while ordinary citizens recover the plane’s debris in the Mascarene area? Why, why, why? A million whys about your agency’s abysmal performance.

But of course, perhaps I’m over-reacting. Perhaps all of those Asians need someone of British descent to look after them from Canberra. But I really doubt it.

ATSB’s Greg Hood stands front and center with his little band of mostly Asian invitees. No Indonesian representative, and no representatives from Pacific Island nations, apparently.

Perhaps Australia’s ATSB is just trying too hard to pretend it hasn’t spent more than two years searching in the wrong place for the still-missing Malaysia Airlines MH370.

There are striking similarities to a US FEMA incident in 2005 that centered around an American named Michael DeWayne Brown. To a rather informal President George W. Bush in 2005, Brown was simply “Brownie” and he oversaw FEMA when Hurricane Katrina flooded the New Orleans area. Mr. Brown’s management of FEMA’s response to the Katrina tragedy was widely regarded as slow, bureaucratic, and inept. Mr. Brown had very little training or education relevant to his FEMA responsibilities, but that seldom counts for much when a lucrative employment opportunity presents itself.

What makes the Brownie incident analogous is that after Michael Brown resigned in disgrace, he attempted to form his own company to provide Disaster Training to US cities and counties, ostensibly replacing FEMA. It was a childish reaction to a bad experience, and didn’t succeed, but is remarkably similar to ATSB’s effort to now provide training for aircraft accident investigations throughout the region when, in fact, it can’t even complete two pending high profile investigations of its own.

The text of ATSB’s Bwana moment follows, and includes a link to the source article.

MAIFA is a non-profit organisation dedicated to promoting safety at sea and preventing marine pollution through the exchange of ideas, experiences and information acquired in marine accident investigations.

“I’m delighted to welcome participants to Canberra and I look forward to a fruitful exchange of ideas,” Mr Hood said.

“Australia’s reputation for high quality and rigorous investigations makes it uniquely placed to assist with transport safety in the Asia Pacific region.

“The ATSB has an active program of regional engagement with other transport safety agencies, over and above that required by our international obligations.”

As well as investigating marine accidents and incidents in Australia, the ATSB provides technical assistance to a range of countries in our region.