From the sublime to ridicule. 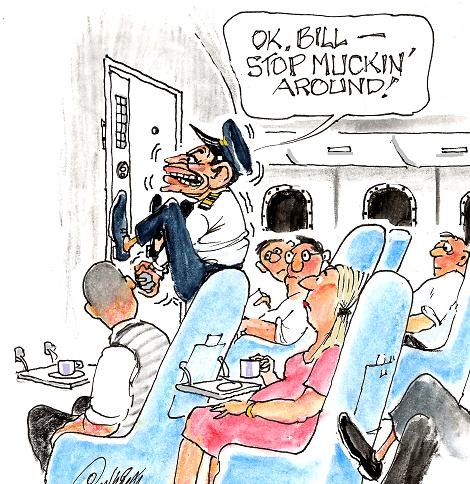 How much closer to the brink of international condemnation dare Truss take the Abbott government?  This MH 370 event has all the earmarks of a grade A pooh-fight and Truss is sticking to the DoIT advice, putting the discredited ATSB boss in the spotlight. Liability Lunacy.

Meanwhile, at home his “watchdogs” are in denial and believing that the Senate inquiry was an advertising stunt; Forsyth was captive and the TSBC were ‘got at’ (probably by Bill Shorten; opposition leader).

I can’t believe that the minister responsible for aviation in Australia takes so little interest in the well being of the domestic industry which is real danger of collapse, taking jobs and tax revenue with it, being broken on the wheel of bureaucratic incompetence, yet is buggering about in the Malaysians MH 370 scandal.   Which will end in tears if it is ever proven Australia had ‘the truth’, but perpetuated the ‘myth’.  Why else would Beaker be still employed?, if not to take the inevitable hit; this boys and girls is why a Yes man is so important.

The Abbott government is supporting a discredited, internationally denigrated ‘accident investigation’ system which has probably descended to being one of the worst in the world. (see Hansard).

The Abbott government is espousing one of the most incompetent, blatantly and publicly above the law safety regulator empire in the history of aviation (see Hansard).

Yet there’s ol Truss, five star and first class all the way, pawing and slobbering over the very people who have, at very least, not fully assisted in the investigation of the MH 370 mystery. Mind you, anyone who can be in the same room as Be-a-cur for more than one minute all together either has a soft ware problem; or, is tarred with the same brush.

FFS – WAKE UP.  (Thinks, he must have gone to sleep with his head stuck in the nice warm sand).