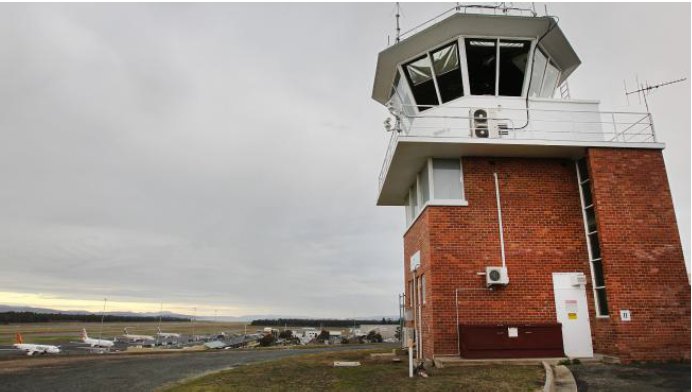 P2 – “The reason being that ‘operations’ is the one real showstoppers, that can draw an ICAO red flag; and, when combined with other negative findings can ultimately lead to a subsequent downgrade to ICAO category two.” Prickly bloody things; pineapples, tough to peel and one needs to take care if the fruit is to be enjoyed.  The ICAO ‘Operations’ analysis and IOSA audit parameters are pretty specific and not overly esoteric – for operators.  For our ‘watch-dogs’ they present a different challenge.  In the main, it is a licence to print money under the ‘mystique’ shelter. “Operations is a ‘specialised’ highly technical area minister, we have a low score and must act swiftly before we loose our rating – just sign here – Safety is our prime concern”.  The minister understands (as briefed) the horrendous consequences of a downgrade – very well – insomuch as if it happens on his watch – his political career is over.  So, whilst a lower score may not, of itself, be a bad, threatening, thing, but it is enough to bamboozle and a handy tool for extracting more dollars.  The dollars mostly poured down the bottomless pit of ‘regulatory reform’, hiring useless DAS and supporting the never ending window dressers party.  The cynic would suggest the low score is a manipulated result; the pragmatist could appreciate the subtle management but deplore the methods; but in truth – it is an ‘internal game’ the public oblivious to the vast sums spent on the ICAO merry-go-round.  I ramble.

The really ferocious end of the pineapple belongs to ‘the operators’ and here we must tread carefully. With little provocation the operators will come out swinging and defend ‘their’ operating practices; and rightly so, for the ‘practices’ are hard won.  I’m glad P2 selected a relatively ‘simple’ case for a look-see.  The business of TOLD cards has been pushed out and the ‘operational’ corrections i.e. the ‘safety fix’ has been promulgated on this very slim reed.

I grew up with and value the humble Take off and Landing Data (TOLD) a good one provides the backbone of the take off briefing; it provides the data on which ‘performance’ predicted. With the indulgence of professionals who know this, I’ll digress to explain the TOLD card a little.  In simple terms an aircraft is like a Scotch and soda; you can have a lot of whisky and a little soda; or vice versa. What you cannot have is both; there is a limited capacity.  Same -same aircraft; you can fill it with passengers, baggage and freight and a little fuel; or lots of fuel and fewer passengers; no matter, once you reach the ‘maximum’ that’s your lot; on a good day. Things get tricky when the weather is bad; or the temperature is high; or the runway is short; or there are big hills close to the aerodrome; all of these factors affect the maximum weight for the take off. So it become a juggling match; fuel (a must) passengers (a necessity). So, the humble TOLD card is generated; at this temperature, off this runway we can take off at X tons (metric or imperial). This weight covers all the bets – legal and operational and commercial. ‘Operational safety’ achieved.

Now in the subject case, we have a huge runway, a reasonable temperature, not too much in the way of obstacles and not very far to go – so the aircraft is well below any limiting weight. The crew know this and have generated the ‘numbers’ which allow for a ‘reduced’ power take off; now this is a good thing. The figures derived provide a more than adequate margin of power to meet all legal and operational demands so there is no point in hammering the engines to provide more power than needed; sound operational practice. The ‘power’ setting is obtained by creating an artificial temperature based against the predicted Take Off Weight (TOW).  It has taken some little time to determine; a plugged in crew can, fairly quickly, nut out a TOLD card; brief and park the card on the glare shield for future reference; routine stuff.

So how come there was a cock-up?

There were a few potential gremlins floating about, each capable of spoiling the day – if they got a chance.  But here’s where it gets sticky; how deeply do we look into an operational hiccup.  The wider net could be trawled through the deeper waters and come up with some real uglies; the question is how deep were ATSB prepared to fish. Take On Time Performance (OTP) as an example: this is a PR thing, NOT a safety issue; and has sweet sod all to do with flight crew – nothing – zip – nada: and yet, it creates a subtle, I believe ignominious, subconscious pressure. It should be removed – totally.  Flight crew are aware of schedule; they know when there is a delay there is little they can do about it – provided they were ‘on time’ at sign on whatever else happens during the tour of duty with regard to ‘OTP’ is absolutely beyond their control.  Best airline I ever operated for had ‘brilliant’ schedulers – on time every time; why? Well the turn around times were tailor made to each port; so a delayed departure from A could be absorbed at B, so at C everything was back ‘on schedule’.  So a late change was not a rushed job; time was available to rejig the numbers, cross check those numbers, take a leak and toddle off – on time.  Mind you, the skippers there were ‘seasoned’ and took no crap from HR/PR or whoever decided that ‘late’ was a punishable event. Provided the crew had not been away for a ‘long lunch’ when they were supposed to be operating – all was well.

So to the 717 crew and their wee problems; how deep do we dig?  Is the fix presented adequate to task? Has the ATSB done enough to cure the problem?  Can this be classed as an ‘operational’ matter?   The rational way to answer is to examine one factor only – can this happen again?  The answer to that is a resounding absolutely. The loop remains open. The event could have been avoided by the skipper – late change – Ok give us ten minutes and we’ll be ready – new TOLD card, re-brief, cross check then bitch and moan about the delay generated land side. Or; the ATSB could cite ‘on-time-itus’ as a contributory factor and put the hard word on the operator about ‘scheduling’ for reality not PR faery tales.  Many things could have been done; but a new paragraph in the manual, insisting that the crew generate a new TOLD card is a fairly thin band aid, plastered over a deeper problem. Have the ATSB the balls to address it? Take it the deep levels of the garbage in the Company operations manual generated to meet some CASA fantasy. You know they won’t.

Aye well, that’s the best I can do – my own OTP is threatened. This incident is worth deep examination for it invokes some of the very real issues which can and do affect operations. Like stress induced fatigue due to subliminal OTP demands.  No doubt the airline team will make the right adjustments; but on their own recognisance, without ATSB back up or advice; and, without upsetting the delicate balance of CASA ‘approval’.

I do know this; tear arsing and gut busting have caused more problems than a lateish departure ever did; and Murphy is everyman’s co-pilot, on every flight.