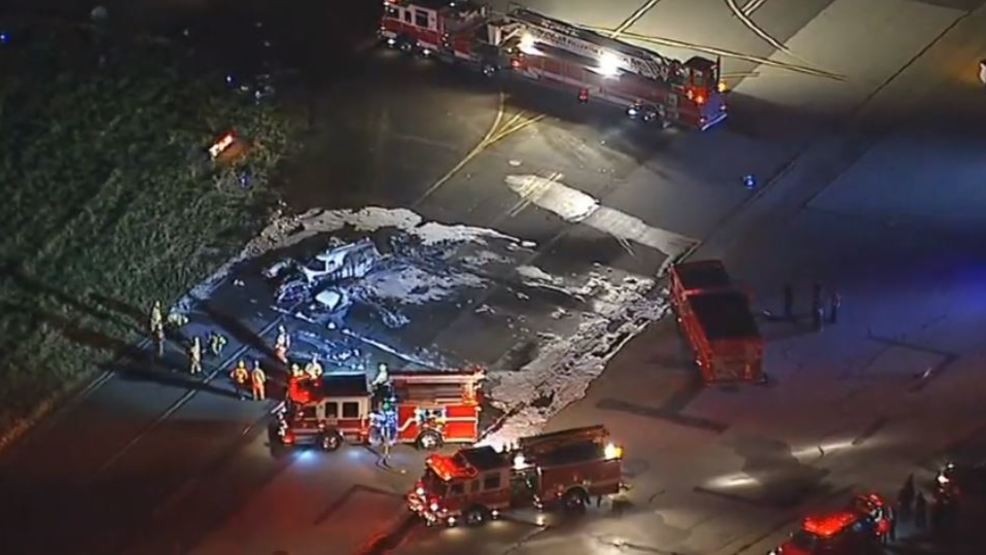 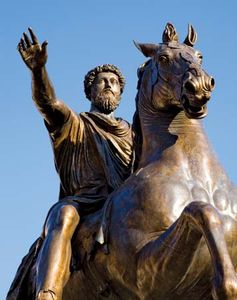 “What is this thing in itself, in its own constitution? What are its elements of substance and material, and of cause? What is it’s function in the world? What is its duration?” – Marcus Aurelius.

Once you have passed through the shock of watching this video –

– take a quiet moment and consider the questions raised by Marcus Aurelius’ quite a long while ago. If you are a developer or a politician; or, even one of those folk who assist in bringing buildings in close proximity to active runways, take a moment to reflect on the stark similarity between the Fullerton accident and the Essendon DFO accident. An aviation layman, politician or developer will not spot the ex post facto lead to this event, nor will they notice the glaring differences between the Fullerton and Essendon accident. 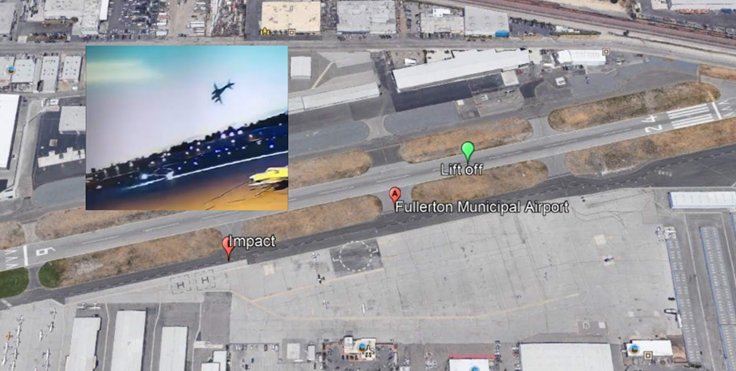 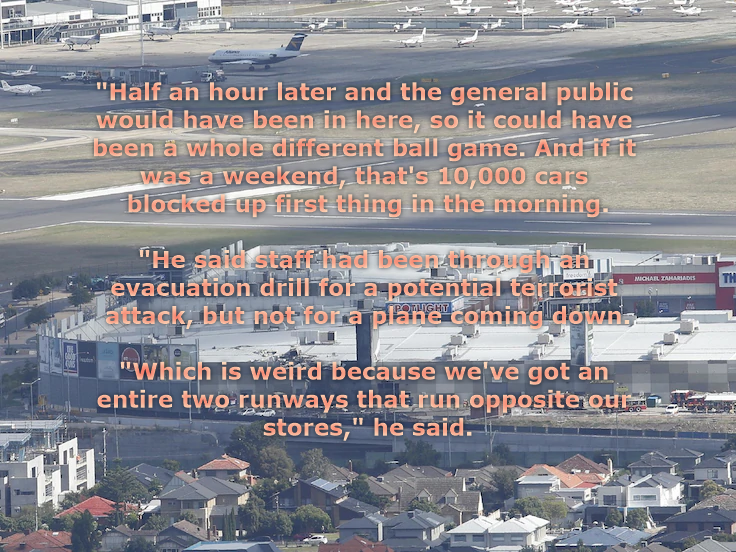 “The Emperor counsels simplicity: First principles Of each particular thing, ask: What is it in itself, in its own constitution? What is its causal nature?” – Marcus Aurelius.

In primus; an engine failed. The rapidity with which the terminal event occurred may beggar the imagination of some, those not acquainted with reality. It is representative of the speed at which these rare events occur. What is not immediately apparent is the flight path of the aircraft. In the video, it looks as though it all happened – in a straight line. I can assure you – it did not. The aircraft travelled both forward and laterally (sideways) and fetched up in a fireball on the taxiway. Question 1: how far away from the runway centre line is the accident taxiway? Question 2 – how far from the runway centreline is the DFO at Essendon? 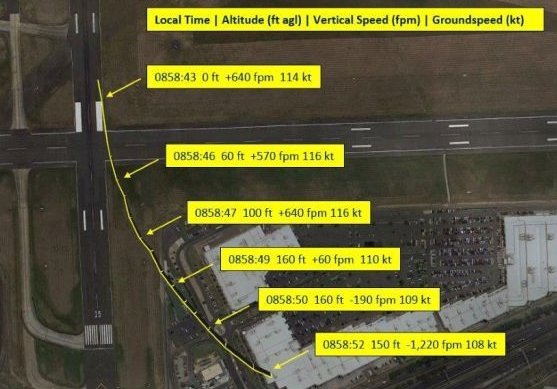 “I hope that we shall crush in its birth the aristocracy of our monied corporations which dare already to challenge our government to a trial of strength, and bid defiance to the laws of our country.”

In secundus – take a stroll through ‘the Kathrynsreport’ – HERE -. Skip through the waffle and pay attention to the photographs – then count the RFFS units on site – and then check the response time; then check the equipment provided; parked on the taxiway about where the Essendon DFO sits now. I’d call the Essendon response a remarkable shortfall – wouldn’t you? No matter, the deeds are done; the stories writ and lip service to ICAO compliance all seems to have been worded properly. That only leaves us two aviation related tragedies to consider the ‘why’ and ‘how’ of – up to the lawyers now to sort out the legal ramifications of the events. Clean cut in the USA; in Australia a ten year event to discover that no one else had any part – bar the Essendon pilot – deceased. Aye; the Bard had the right of it – “Let’s kill all the lawyers”. Of course they ain’t to blame – well; not for all of it – but: there I’ll rest my case M’lud.

Now we must address more practical matters. I am always reluctant to weigh into ‘accident’ discussion, preferring to wait and see what the ‘Tin-Kickers’ come up with; they are mostly very good at what they do. For a topical example; the Fullerton crash is assumed to be a 1Inop or; EFATO. In short (apparently) an engine quit at a critical point. This, believe it or not is a very, very rare event. The staggeringly short period between ‘death’ and ‘needing a drink’ is the point of discussion. No doubt the investigators will – if it was an engine failure confirm this in due course. But, lets for for the moment assume that an engine did quit – stone cold – during the few heartbeats which matter.

The ‘Duke’ comes with turbocharged Lycoming TIO541-B4 engines; these engines have a solid reliability history (properly maintained and operated) and are fitted to a number of aircraft variants. So far, so good. Now to the aircraft. 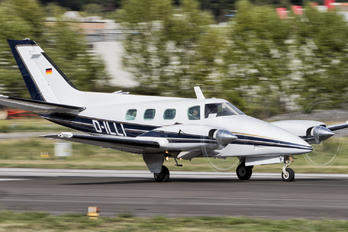 For my sins; I have operated (not just flown) almost every Beechcraft twin engine aircraft on the market; from Duchess to the mighty B18; through the impeccable King and Queen Air series to the ‘Twin Bonanza’. The only air-frame in the stable  I’d rather not fly is the Duke – B60. It has always felt ‘wrong’ to me; particularly in the slow speed phases – take off – of the envelope. Short ramble follows. Back in the ‘old’ days, before simulation took over, we were taught, by men who knew, the finesse required to survive an EFATO in a FAR 23 certified aircraft – and accepted, as a given, that single engine performance was a dream in the ‘critical’ stages of low slow operation i.e. take-off. So; and it is hard to define – we’d persuade the aircraft into a flight attitude; allow it to accelerate as swiftly as horse power and aerodynamics allowed through the crucial flight speed ‘gates’. Ever alert to the fact that it was better to go through a fence at 40 knots, rather than attempt to gain speed after an event on one engine. A healthy 10 knots over a stated Single engine ‘climb’ speed was always ‘preferred’ – assuming that the speed advantage would be lost during the initial stages of an EFATO episode; leaving the bare minimum for ‘survival’ and the task was always to regain that speed – before contact with the ‘solid’ stuff. It has served me well – still does. The point – sorry : I digress.

“Nothing is more to the point than a good digression.” ― Ralph Caplan

The Fullerton aircraft and my (humble) speculation; based on the ‘Engine Failure’ scenario and the video of the take off profile. Modern and airline standard training techniques are sound and as safe as they can be – particularly about the demi god ‘Flight Director’ (FD). – Which has a lovely thing called the ‘Take off and Go-Around’ mode (TOGO). The touch of a button on the power lever sets the FD to the best angle for survival – in the engine out situation – it is a beauty. Provided – and only provided if (a) the aircraft has certified, guaranteed single engine performance; and (b) matters are attended to , promptly, swiftly with precision. It works just fine – with guaranteed performance. The techniques taught work great – except when there is no performance guarantee. More and more light aircraft today are being equipped with gadgets like the FD and TOGO. The B60 accident profile – to me – from the video – looked like a classic example of no available performance to meet the ‘FD’ dictated single engine profile. A straight line flight to VMCA loss of control. Been wrong many times; too many to count but I’d bet a beer – even two, that this fellah believed that the ‘Blue Line’ would save him – too late to realise it won’t. Speed rules – end of idle speculation. Airline techniques in aircraft with ‘guaranteed’ performance are ‘best practice’ – in those aircraft; but for aircraft without that certification – the pilot must always be certain sure that the ten knots lost in an engine failure does not take the aircraft outside it’s control envelope. It happens very quickly – as the Fullerton and Essendon video’s graphically demonstrate. There is a gumtree, far, faraway on which I had time to carve my initials as I passed it by; struggling to find three knots. The Gods nodded that day.

That’s a lot of speculation without a skerrick of supporting data – but – IMO – today’s training attempts to Ape airline techniques – at ‘Book speeds’ (Blue line etc,) – rather than ensuring the FAR 23 aircraft gets through the speed gates as swiftly as possible and is flown correctly – within practical limitations, during EFATO are flawed. Remember – always – These speeds are test pilot generated, certification minimums, using a brand new aircraft, factory built and maintained – not a 30 y.o. Chieftain.  Enough; more than enough. 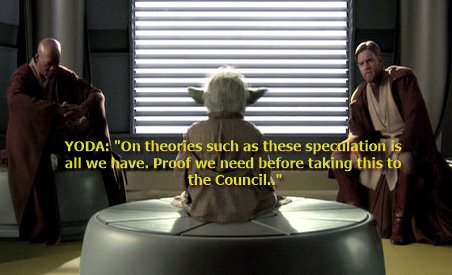 Daylight saving has – thankfully – ended. No more 30 degree heat at 2000 hrs with the sun still blazing down. Cool mornings, no Dt duty, even the horses look refreshed. Aye well;  the dogs seem  know – second coffee – short bursts of key board noise (must get a new one) mean the Gazette (FWIW) is done and we can get on with the important stuff. Boots, jacket “lets’ go kids” and away; through the orchard gate – like mist on the wind.  Freedom………