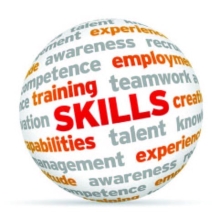 Below are quoted two contradictory, disparate views of the condition of  the non airline industry in Australia.  Glen_B  looking to the law in an attempt to see a clear path. The next a significant boost to industry employment and, possibly exports, it is a very good result and the government can be rightly proud of a wise investment – in Australia.  Let us hope somewhere in the middle balance can be achieved.  FWIW:-

An Important Letter to the Prime Minister

I am writing to you in this forum because I hope it will get to you quickly and unfiltered. I don’t have time to waste on bureaucratic processes that have already cost my Business way too much.

As you are hopefully aware there are a number of significant challenges facing the Flight Training Industry that are a result of Government Initiated Regulatory Change, its substandard implementation, its lack of consultation with Industry, its lack of associated demonstrable safety case, its cost to taxpayers to date which now approaches $20 for every single man woman and child in Australia, and importantly for me, its inevitable destruction of the Flight Training Industry and with it many Australian Owned Small Businesses. All under a Liberal Government. The supported advocates of Government pulling back and letting the market forces decide the success or failure of Small Business. In this case we have substandard Government actions being the determinant.

I can only speak for my own Flight Training Organisation but I feel I am not alone, despite what CASA would have me believe.

You leave me no option.

The Civil Aviation Act states quite clearly that “CASA can sue and CASA can be sued.” I intend to avail myself of that Right. I don’t know if I’m correct, or whether CASA is correct. But I will seek the opportunity to have it independently tested.

The Case. Let me quote only four of ten arguments for the sake of expediency.

“Businesses
The existing flight crew training businesses will be required to meet new standards, however, again whilst these represent a deviation from existing standards the changes are relatively minor, which is supported by the feedback that CASA obtained from the consultation process.”

My personal experience is that the RIS was incorrect. CASA may have a different view. I would like to have that tested. I trusted it and based decisions on it. I am confident every Flying School Owner in Australia will confirm that the RIS is negligent in both its lack of accuracy and depth.

The Civil Aviation Act, itself requires the following at “1C. “
“CASA has the function of conducting the safety regulation of the following, in accordance with this Act and the regulations

CASA have not achieved that. I challenge you. Ask one of your staff to call one flying school and ask the Chief Flying Instructor if CASA has achieved that. If he answers in the negative, call the next one. Continue with this exercise until you are satisfied with the sample size. Every CFI in Australia, and there’s well over 200 of them will answer in the negative. CASA has failed against the Civil Aviation Act. The effect of that failure on my Business has cost me dearly.

“The primary reason for the changes is the need to give the aviation industry more time to prepare for the commencement of the new regulations,” a CASA media release said.
“Despite CASA’s education and information campaign on the new licensing regulations many pilots and people working in flying training are only starting to understand the new rules.
“While the new regulations do not make major changes to existing practices it is clear more time for education and information communication is required.
“As a result CASA proposed a package of amendments to clarify the intent of the regulations, correct any anomalies and make improvements which will benefit the aviation industry. Due to issues beyond CASA’s control it has not been possible to make these amendments before 4 December 2013.”
Parts 141 and 142 for flight training reform have also been put off.”

Quite seriously, I view that statement as deceitful. It is not the truth, and it came straight from the “Regulator”. To date, no public retraction of such misleading information. It bought the Flight Training Industry into disrepute. It was a blatant untruth and someone needs to be held to account.

On August 2018 my Business will have the ability to deliver the Integrated Commercial Pilot Licence removed. My Business will lose 80% of its revenue as a result of this legislative change. There is no supporting demonstrable Safety Case for this action.

Against the backdrop of these four arguments alone, and their effect on my Business I feel I need an independent determination. I emphasise that these are only a small sample of the claims that Industry could make against the Australian Government via CASA. The unnecessary cost to my Business has cost me three years of my businesses profit and well over $1,000,000 in lost Business opportunities. These are all claims that I can stand behind and prove.

Any funds that my Business had for reinvestment have been exhausted. I never had any intention of buying myself a Jet Ski. I wanted to upgrade my Flight Simulator, my classrooms, my Safety resources, my training aids and my Staff Development Training. I have no intention of increasing what I charge my students or increasing my profit. Quite simply. I want to train my students better and make them safer.

The list goes on. The cost imposed on my Business has put 10 major projects on to the backburner.

I am, very serious about Safety. That’s why I have to stop this continuous drain of resources and finances from my Business. They do impact on Safety. To maintain Safety levels in the current Government initiated fiasco is very expensive.

If I am successful in my opportunity to have an independent determination, there will be no punitive component. This is simply about reimbursement of the cost impact on my Business. It would include fair and generous staff provisions as well as costs to date, plus loss of future earnings potential. Even without any punitive component it would be for a number of millions of dollars one would imagine.

It may well be that I am not alone in my experiences and therefore one reason for posting on this forum. It may be that some of the other 200 flying schools share my sentiments. Irrespective, if I can set a precedent, fairness will prevail for the other Small Businesses effected. If anybody feels that they may have a valid claim, I invite you to contact me. I emphasise that my claim will be for costs only and there will be no punitive component.

There are many people of “note” in the community that visit these forums. I invite you to contact me if you feel you can be of assistance.

If there is any person on these forums with legal expertise that is able to provide me with any guidance I would be extremely appreciative. I am ready and prepared to fund this. It will be expensive. I am prepared.

This can be averted but it requires prompt action. CASA obviously needs a rapid injection of funds. This is not an argument about the efficiencies or lack of, within CASA. That debate is for another day. This is not a Government department pleading for more funds. This is Australian Owned Small Business telling you that our Businesses are being severely impacted by the lack of output from that Government Department. I don’t know if Mr Skidmore requires office staff, consultants, or more boots on the ground. He is the best determinant. The personnel in that Department have an impossible workload and this has been continuing for too long. If you are not able to inject funds into “Aviation Safety” and increase the effectiveness of CASA this Small Business Owner will be holding the Government to account.

To the Personnel within CASA. This criticism is not directed at you. It is a resourcing issue. The personnel in CASA are Industry leading and I believe they have Industry’s confidence. There have been a very limited number within CASA that have been making inappropriate comments about me in the Public domain. I ask you to refrain. Do not make this personal. If at some future date after Mr Skidmores tenure you try to seek some type of “revenge”, I will deal with you head on at that time.

I am financially drained, resource drained, and physically drained by this experience. I watch highly experienced people from Industry clambering to exit it, I see small businesses closed down, I see lifelong industry participants with their Businesses and with it their Superannuation being decimated, I see the confusion within Industry, I see Safety eroded, I see the relationship between Industry and the Regulator being irreparably damaged. But I’m certainly not going to stand by and watch one employee within my Company lose their job because of it.

My hope is that the Liberal Government can identify the issues and move promptly toward alleviating the effect on Small Business which may avoid my Business seeking reimbursement of expenses.

If any of my comments cause offence to any member of the Public or Private Enterprise please contact me and I will immediately retract those comments.

I have received no “advice” from any parties prior to posting and the views are entirely my own.

The Latrobe Valley’s economy has received a significant boost with the opening of the Growing Aerospace Manufacturing facility at Latrobe Regional Airport today.

Acting Prime Minister and Minister for Infrastructure and Regional Development Warren Truss said the $4.24 million project is a major boost for the region’s economy.

“This project created 107 jobs during construction and up to 200 jobs have been created in the aerospace industry since the start of this project,” Mr Truss said.

“The work has involved the construction of an additional aircraft development hangar and infrastructure upgrades to support manufacturing and emergency services at the airport. It has also seen improvements to navigation aids, runway lighting, taxiways and aprons.

“What this means is a much more effective airport capable of handling growth in air traffic, a particularly important outcome for regional towns impacted by the tyranny of distance.”

Federal Member for Gippsland Darren Chester said the extensive upgrades had been ‘class-leading’.

“Outcomes of the project included the replacement of the old incandescent lighting system with a complete LED runway and taxiway lighting system, and a Precision Approach Path Indicator, which is the largest complete LED system currently in Victoria,” Mr Chester said.

“Other works included a 33,350 square metre resurfacing of the main runway, improved drainage and additional water tanks, as well as improvements to taxiways and line markings.”

“The Victorian Government hosts a number of its aerial firefighting aircraft at the airport, a particularly important service we can draw on during a hot dry summer,” Ms Pulford said.

“I am delighted to see the upgrades complete and I am looking forward to continued investment by the Australian Government in the region. Supporting projects like these is the aim of our $500 million Regional Jobs and Infrastructure Fund which will support major projects, create jobs and build stronger regional communities in the Latrobe Valley.”