“If you can look into the seeds of time, and say which grain will grow and which will not …” ― William Shakespeare, Macbeth

D’ya know – my job as ‘the Styx ferryman’ brings me into contact with all manner of twisted, lost, begotten or forgotten souls. They have no one else to blame – bar themselves – and yet they hesitate to pay their coins for transport, hoping for a last minute reprieve. Even as I con the boat through the roaring rapids and down, into the depths – they still whine, snivel, moan and groan. Always seeking to blame instructions, ‘circumstances’ — or some other poor sod. Why will they never admit to their own venal nature? To their greedy, vicious actions and a total insensitivity to the effect their very own actions have had on others? 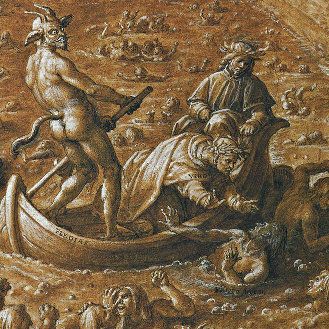 O’course; I just don’t hear it anymore. GD collects the penny’s, I steer the boat – we deliver and sail home – end of. We have of course discussed this many times; after a long day, over an ale, with a smoke, enjoying a cooling breeze (get’s bloody hot down there). Long ago, we both arrived at the same conclusion: how they arrive is not our concern – we are paid to do a job. It is a higher being (no idea who) decides just who goes where – we just cart the dunnage.

“The devil is not as black as he is painted.” ― Dante Alighieri, The Divine Comedy

Of course we have appealed for noise protection !– against the lying, the obfuscation, the hidden agendas, the never ending sniffling and constant whining; it is a serious distraction to some very tricky navigation. Believe it or not; the pathway into the bowels of Hell is not for the amateur navigator. Alas; our boss is an old school boss – five bucks a trip, all you can steal and a new pair of boots at Christmas: – that’s your lot. Aye; ‘tis indeed a strange occupation, but, I digress. There are of course ways to escape a ride on my ferry and they are valid; right up to the time you walk across the gang plank and pay GD your Pennies and board – after that – all bets are off. You do the crime – you do the time.

“Hope not ever to see Heaven. I have come to lead you to the other shore; into eternal darkness; into fire and into ice.” – Dante Alighieri, Inferno

We never know just who’s going to turn up – some of those slated to ride don’t make it, conversely; some of the most unexpected folk turn up. Back in the day the Egyptians used a feather, against which they weighed a man’s heart: life was so much simpler back then.

“The god Ammut was always on hand after you died, in case she was needed. The ancient Egyptians believed that to enter your afterlife, your heart had to be light. You gained a light heart by doing many good deeds during your lifetime. After you died, on your way to your afterlife, you had to travel through the Hall of Maat. The god Anubis weighed your heart. The god Thoth (pictured above) recorded the findings. And the god Ammut stood by. If your heart was as a light as a feather, you passed Maat’s test, and entered your afterlife. But, if your heart was heavy, Ammut would move swiftly and gobble you up.”

Now then – (and here’s why I run a Tote board) – you take a pathetic, lost creature: one like O’Sillyman; and, work out the odds of him taking a ride on my old (ancient) boat down the Styx. As the underworld’s ‘Bookie’ it is my task to set the odds for that event; his sins are manifold – however: until the time he steps onto the ferry and pays his Pennies – he has an equal chance of redemption. He is a classic example of the seven deadly sins in action. For those of you not aware (and ignorance is not an excuse) – here are those seven sins. 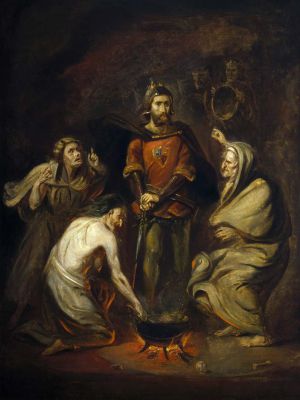 Of how many is O’Sillyman guilty? Only he and his god know; but, comes the weighing and measuring – only we; the ferry crew, will know the result (and could care less).  Will he meekly pay over the only two coins he ever needed to GD. Knowing that the rest, that left behind, will be viciously squabbled over by the rapacious minds he brought into being, those as yet to make their own journey on my humble, ancient ferry? 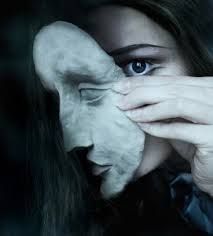 As ‘acting Chair’ of a very important committee – he has, in reality, only two real choices and not too many options. In one hand is the well being of a nation’s industry, reputation and the very lives of the people who depend on that industry to pay the mortgage, feed their children and pay their taxes. In the other is the continued pandering and prostitution of an august, venerable, respected body (the committee) to the highest bidder. This O’Sillyman holds, in those pale, fluttering, feeble little hands. What he is protecting ain’t no virgin Princess. It is but one of the three hoary, blood soaked old witches: those which set Macbeth on the road to perdition.

Accounts queried in tax sweep
”It’s 7 o’clock in the morning. We should be rolling over and patting someone on the arse,” joked Mr O’Sullivan as he and Dr Flegg sat in a cafe, cold-bloodedly discussing how to knife Mr Langbroek and replace him with Campbell Newman… “To-morrow, and to-morrow, and tomorrow,
Creeps in this petty pace from day to day,
To the last syllable of recorded time;
And all our yesterdays have lighted fools
The way to dusty death. Out, out, brief candle!
Life’s but a walking shadow, a poor player,
That struts and frets his hour upon the stage,
And then is heard no more. It is a tale
Told by an idiot, full of sound and fury,
Signifying nothing.

Your conflict Senator – your name, your influence. But please note well;  all is marked down in the ‘big book’. Either way, my two pennies are guaranteed. You have until boarding my ferry to decide your own fate. Be aware, we don’t care, provided of course you can pay the fare. 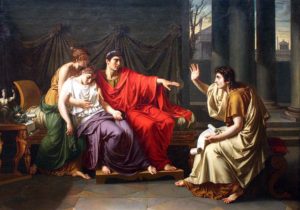 “Here pity only lives when it is dead – Virgil”― Dante Alighieri, The Inferno

There are more pressing demands on my time – DT for one; and, an 0330 kick off. The antique ‘dresser’ proceeds at a pace, (Cheers TOM). The owner most pleased with the restoration so far. I don’t know how many have had the pleasure (and heartbreak) of working with old (very) English Oak, Cherry and Walnut; all wonderful woods – in their own right – but try making dovetails of Oak and marrying them into Cherry – patience, skill, knowledge, an indomitable will; assisted by a sharp saw and a bloody sharp chisel, mandatory prerequisites, Even then; you’re heart is in your mouth, with every mallet blow. Sleep:- I may tarry no longer.

“Sleep that knits up the raveled sleave of care,
The death of each day’s life, sore labor’s bath,
Balm of hurt minds, great nature’s second course,