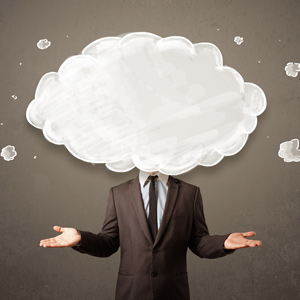 PL – @ Aunty Pru “There, got that off my chest. Listen to mainstream media and its nothing but over-paid pundits engaging in mental masturbation about gay marriage, Royal Commission heads, possible losing seats in SA etc etc etc. They can’t go beyond the simplistic political manoeuvrings of those we elect to govern because that is all they understand. They totally ignore the fact that the reality of government, the delivery of services to the public, is going down the toilet. Not just aviation but across the board. The mandarins have a free hand so long as it doesn’t reflect on their political masters and they absolutely know that.”

Aye, ‘tis so young master Lovett; but who’s fault is it, ultimately?  I believe it sheets home to a fractured industry.  The Unions have this problem licked; solidarity is their solution, but even they will not or cannot work with each other.  Once there is division or competition it’s game over.

The ‘alphabet’ groups will get picked off, one at a time, concession here, exemption there until the majority voice is diluted to a few who are then declared the Ills of Society; everyone else is happy so those complaining are left outside of the winners circle, isolated.  Pacify some of the powerful voices, the weaker follow, the problems are patched with band-aids and the no real reform party continues, unabated, having ironed out the bumps in the road.

If, and it is a big IF the ‘industry’ could stick together, demand the changes, drive through the regulation changes and insist the Govt. agencies stopped gouging the profits the industry would, almost overnight blossom.

As it stands, the various players are like stray dogs with a bone, grab what they can, slink off to a dark safe place to eat it and fight to death to protect it.

The Senators have done a magnificent job using the material and resources provided, Dick has carried the case into the domain of the lay man; now it’s up to the industry to take the matter to a conclusion; otherwise, it’s naught but light entertainment.

I know it’s a bore, and I have said it a hundred times; but the inquiry is just the beginning not the end of it.  Look back only as far as the Rev. Forsyth’s ASRR, why have those recommendations not been actioned? It’s because industry sat back waiting for the changes to be gifted.  The ASRR was the starting whistle not the end siren and the opposition have just scored twice while industry sits on it’s arse in the changing rooms, thinking it’s game over. Bollocks..

Enough; enough: there is a clear 25 year history being repeated.  Einstein defined madness quite well and we keep proving the formula, again and again and time again.

Insanity: doing the same thing over and over again and expecting different results.

Then, there is the Ministers elephant to consider:-