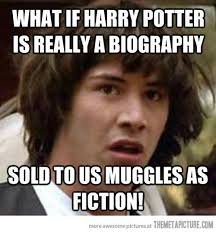 On page 4 (Hansard) Houston brings in the framework on which ASA are to dance:-

The word perception is used 16 times during the session, three times within the endless, time wasting Houston monologue

Quote:Houston – The issue of probity: immediately after the last Senate hearing, the board was very concerned. I guess we learnt some things too. We had concerns about some of the perceptions that were out there, so we put some terms of reference together and we employed Allens to do some work for us. Allens’ work is ongoing, but I asked them to come and brief the board this afternoon on their interim findings, after about 10 days work. I will just run through what they have found, thus far, noting that there is still more work to be done.

Here, the notion of ‘perception’ is brought into the opening gambit, just ahead of the “Allens” bait. No doubt Allens is a fine company, reputable, honest and impartial – however, they are constrained within their terms of reference (ToR), the ones they are ‘employed’ under by Air Services.  So, if the cookie pot is off limits under their remit, no mention of the sticky finger marks on the lid will be made.  Neat ain’t it.  We see a lot of this; ToR being written shall we say, with a narrow focus.

Quote:Houston – Firstly, the probity framework for the OneSKY procurement process was adequate, robust, sound and consistent with market practice. Secondly, they agreed that there is a possible perception of conflict which requires additional management, but this possible perception did not have any actual effect on the tender process, including the evaluation of tenders and selection of a preferred tenderer. Thirdly, there is no evidence that the issues raised by the Senate resulted in any improper influence, bias, favour or breach of confidence or any incompatibility between duties to the program and the personal and financial interest of those involved.

Our perception dilution, begins here; no longer a ‘perception’, but a “possible” perception, and the ‘probity’ pawn is brought into play.  Confident that no evidence will be found – ToR strike again? Nah, not from ASA, they wouldn’t do anything underhand, would they?

Quote:Houston – Firstly, the probity framework for the OneSKY procurement process was adequate, robust, sound and consistent with market practice. Secondly, they agreed that there is a possible perception of conflict which requires additional management, but this possible perception did not have any actual effect on the tender process, including the evaluation of tenders and selection of a preferred tenderer. Thirdly, there is no evidence that the issues raised by the Senate resulted in any improper influence, bias, favour or breach of confidence or any incompatibility between duties to the program and the personal and financial interest of those involved.

The masterful defence strategy is now in place; but – is it enough to take a the committee foot off the gas pedal?  Turn over, and Page 5.

Quote:CHAIR: Does the finance group have any say in any of that?

Sir Angus Houston: The process is a discrete process. It is an independent process. The way it happened at Airservices was exactly the same as for all of the processes that happen at Defence. I am familiar with a large number—literally hundreds—of projects in Defence. That tender process, where you assess the tenders, is always highly confidential and highly sensitive. I would doubt that the commentary you got comes from anybody on the inside. What I might do is get the person who is very intimate with the detail to—

Senator STERLE: Before you do, Sir Angus—I put the question to Mr Harfield, when he left last time, and Mr Logan, and I referred to meeting numbers. Could I just confirm that they are true documents?

Senator STERLE: Okay. So, Sir Angus, we have board paper copies here. I am sure they have not come from outside. That is what has raised the eyebrows in the commentary on OneSKY.

Sir Angus Houston: The point is that the board is not involved in that tender process.
Senator STERLE: I understand that, but I do not think that has fallen out of a Weeties packet in Civic.

Sir Angus Houston: What I am getting at is that I do not think anybody who was involved in the tender process would have been responsible for the leak.

Senator STERLE: In the process.

Sir Angus Houston: Yes. That is all I was getting at.

Mr Harfield: There will not be too much difference from the draft to the final, but we can provide the final.

CHAIR: If I can just slip through this, with these sorts of documents we need to say, ‘They’re not right’ or ‘They are.’ So:

• Having given the advantage to Thales, the Program is on the verge of incurring additional costs that would cost industry … at least $200M more than what it should.

• More importantly, the Thales group was selected on the understanding they already had an ATM product in the market. It is now obvious to the Program that significant investment in the development of a technical solution is required, thus negating any competitive advantage Thales may have had at the start of the tender evaluation.

• Because senior Program management sold the story Thales was the only viable option to the board, they are now covering up their actions to avoid embarrassment. This cover up will cost the Program hundreds of millions of dollars.

This is open for you to tell me to go to hell on, because I am just reading a document that has come internally from your organisation—
… a private consultant, named Harry Bradford, is being paid $1.1 M per annum!! The Deputy lead negotiator, Andrew Pyke, is being paid $550k per annum. They are now protecting their positions at the detriment of the Program. These two senior consultants are being protected by the Executive General Manager of the Program— Which is you.

More importantly, the Thales Group has proved to be quite disorganized in their preparation of the Program. They have not met any of the scheduled milestones thus far. This has resulted in significant delay to the rollout of the Program.
And so it goes on. We have received this so we say,’ Who do we believe?’

Mr Harfield: I can understand that. Let me take you through, point by point, as we have gone along. First of all, that anonymous note that was sent out and was actually sent to Lockheed Martin, at one stage, with the material attached to it.

It’s all pretty much downhill from here; IMO, the only thing saved ASA from another public flogging was the ‘in-camera’ session which took a little pace off the ball; well that and serious time constraints.   Doughty as the Houston defence was, I’m not convinced the Senate committee bought it, not all of it at least.  The repercussions, like the real evidence and promises made will occur behind closed doors, in-camera.

How would you like to be a fly on that wall?…….

….Probity and the perception thereof.