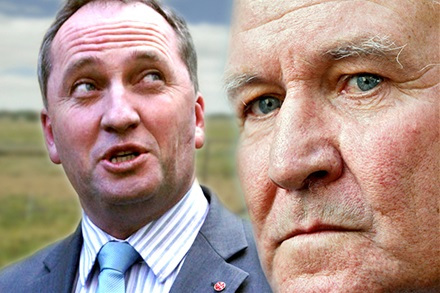 The 94,000+ Users of the Aviation Advertiser Network

Aviation Advertiser (www.aviationadvertiser.com.au) is Australia’s largest online aircraft marketplace and has been operating since 2008.  Our digital services are used by over 94,000+ persons across Australia and New Zealand.  We provide the Australian aviation industry with aircraft sales, marketing and advertising services.

Aside from our commercial activities within aviation, our organisation also works alongside Australia’s leading aviation associations and peak-bodies.  Standing with industry, with regard to leading advocacy and developing regulatory reform.

As a result of successive failures by both the Labor and Liberal Governments to implement balanced and appropriate aviation policy over the past 25 years, the aviation industry in Australia has been forced into decline and soon – total destruction.

The cause of the aviation industry’s decline is clear and is virtually unanimously agreed on by Australia’s leading aviation associations, peak-bodies, businesses, pilots and aircraft owners.

A regulatory framework which has been forced on the Australian aviation industry, with total disregard as to the imposed costs and damage it would inflict on the aviation economy.

If the situation continues without change, CASA will soon have achieved a result, no other aviation regulator in the world would have thought possible.  A totally 100% safe aviation industry – whereby nobody flies unless you are a domestic or international airline.

Across Australia private owners, farmers and primary producers are being forced to sell off their aircraft and exit the aviation industry – as a result of excessive compliance costs.  The knock on effects now being felt by maintenance providers, fight training schools and support service companies.  The economic loss and impact could run as high as $500 million, with thousands unemployed.

Is the destruction of the small to medium sized aviation industry in the interests of Australian Agriculture portfolio or the constituents of New England?

Across regional Australia, local airports are desperate for small to medium sized aviation to connect and service their communities.  Local Governments want to see their airports become economic drivers for their shires and regions.  Bringing to their communities growth, employment and opportunity.

This will not be possible until the Federal Government comprehensively reforms aviation regulation.  Provides an economic pathway for growth and opportunity.

I have now worked as part of the aviation industry long enough to see Ministers come and go.  Ministers whom hide behind white paper studies, who refuse to give direct answers to industry and who fail to provide informed policy direction or leadership on the issue of aviation regulatory reform.

Ministers who perceive aviation safety to be a ‘witches brew’, far too complicated to become politically embroiled.

The hard working men and women in the aviation industry in this country deserve better and demand leadership.

I shall be in Tamworth from Monday 11th to 13th April 2016 for a range of newspaper and television media engagements and would like to meet with you to discuss the above.  If you could please make time to meet with me, both I and the aviation industry would appreciate it.

– Not sure if it is just coincidence; or due to the determined efforts of Ben (legend) Morgan, CEO of the Aviation Advertiser, but apparently tomorrow concerned industry stakeholders will get a chance to pitch their concerns directly to the DPM – be there or be square:

WE NEED YOUR HELP.

Over this past weekend, I sent the valued customers and users of the Aviation Advertiser Australian network, a copy of a letter submitted to the Hon Barnaby Joyce MP.  My letter detailed a brief summary of the desperate state of the small to medium sized aviation industry across Australia and our call for the Australian Government to provide fast and broad de-regulation and reform.

Our industry is at a cross-road.  The hard working men and women within aviation are being forced out of business, through an unrealistic regulatory framework imposed on them by the Civil Aviation Safety Authority.  A regulatory framework, that fails to provide a fair and equitable balance between aviation safety and enterprise opportunity.

Should the situation within the aviation industry persist, the Civil Aviation Safety Authority will have committed the small to medium sized aviation industry to total failure.  And, in doing so, will force thousands of Australians out of work and many into bankruptcy.

The effects will be felt deeply by remote and regional communities, whom rely on the small to medium sized aviation industry.  Disconnecting communities and townships from vital commerce and links to the regional city centres.

The future of our industry, our rights to fly and aircraft ownership are now at stake.

To communicate the desperate situation our industry is enduring, I and representatives of Australia’s leading peak-bodies and associations will be meeting at Tamworth Regional Airport, Tuesday 12th April 2016 at 11am to 1pm – Hangar 6.  During this meeting, we will provide the attending media with an overview of the situation and an opportunity to Q&A our panel.

Along with media, we have invited Mr Tony Windsor, whom is challenging the Hon Barnaby Joyce MP, for the seat of New England at the upcoming federal election this year.

As a pilot, aircraft owner and aviation business participant I call on those of you who can fly to Tamworth Regional Airport to take part in this event.  I and the Australian aviation industry need your support at this time.  Help us send a message to the Australian Government.

I am providing a complimentary BBQ lunch for those attending, which will start from approx 12:40 onward.

If you are based in the New England electorate, please feel free to pass this email onto fellow aviation businesses and supporters.

INFORMATION REGARDING THE EVENT

We are holding a rally at Hangar 6, Tamworth Regional Airport, Tamworth NSW 2350, Australia, Tuesday 11am-1pm.  This event will be attended by;

OBJECTIVE OF EVENT:  To communicate to the Australian Government and the electorate of New England the dire state of the small to medium sized aviation industry and the need for immediate and broad regulatory reform (see letter to Hon Barnaby Joyce MP).

This event will be an opportunity for the media within the New England electorate to engage with Aviation Industry leaders and to Q&A them with regard to the dire situation within the small to medium sized aviation industry.

Great initiative from the Aviation Advertiser – 😉

From what I have heard there will be many aviation luminaries & identities attending. Here is hoping there will be much support from local aviation businesses, associated businesses and supportive New England constituents – from Ben Morgan this is what’s at stake: 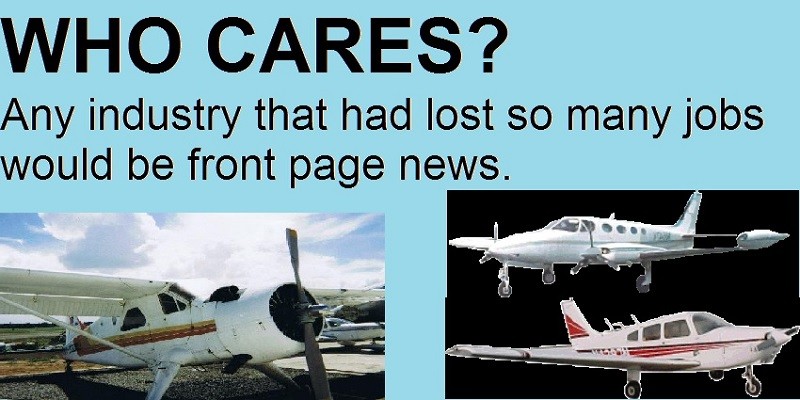 Across Australia private owners, farmers and primary producers are being forced to sell off their aircraft and exit the aviation industry – as a result of excessive compliance costs.  The knock on effects now being felt by maintenance providers, fight training schools and support service companies.  The economic loss and impact could run as high as $500 million, with thousands unemployed.

Is the destruction of the small to medium sized aviation industry in the interests of Australian Agriculture portfolio or the constituents of New England?